10 ways to remember the First World War with your child

Bake a trench cake, plant poppies, find a local hero and investigate how your own family experienced the Great War with our family-friendly remembrance activities to commemorate the centenary of the start of WWI.
Login or Register to add to your saved resources

The First World War reached across the world. Millions of people lost their life and society changed forever. Most of the people who lived through the War have passed away, so it is down to us now to keep their story alive.

Remembrance: 10 ways to get your child interested in World War I

To help us connect with the past, personal tributes are just as important as official events. Helen Grant, a Minister of State in the government and a mum, is working to make sure the First World War is remembered properly. “Stories that pass down from mothers and fathers to sons and daughters are a great gift but can easily be lost over time. These ten simple ideas can bring to life what happened to ordinary people during the First World War. Perhaps you will even uncover the private stories of courage shown by your own family. With that generation all but gone, it is down to us now. We are the only ones who can keep their memory alive.”

“In Flanders Fields the poppies blow, between the crosses row on row”. These haunting words by war poet John McCrae captured public imagination and the poppy flower became the symbol of the First World War. You can buy a Royal British Legion seed packet at B&Q. The charity gets a £1 donation and Britain will bloom with iconic red flowers.

Be transported back to the First World War for free at museums across the country. As well as the Imperial War Museums in Manchester, London and Duxford, you can search for your local Army museum.

Create your own war memorial

There are over 65,000 war memorials in the UK and more overseas. Visit your local memorial or take a look at English Heritage’s war memorials photos for some inspiration. Ask your child to design their version of a memorial – they could paint, draw or construct it.

The Victoria Cross is the highest award for bravery; over 600 people were awarded it for their actions during the First World War and some of them probably lived in your local area. Find your local hero (click on Spreadsheet with a list of all First World War VC recipients, by area at the bottom of the page) then search online or go to your local library to find out more about them.

Much of the First World War was fought in deep ditches known as trenches. As each side gained or lost ground, a day’s fighting could result in just a few metres of extra land. Discover what this was like as you lead your men in battle, playing the BBC’s trench warfare game.

Find out what your family did in the First World War

Time to dig out the family tree or ask your family for the names of your great (great) grandfathers. You can search for them on the Commonwealth War Graves Commission website; click on their record to find out where they are buried and what happened to them.

Before television and the internet, the government used posters to talk to the public. Posters asked people to join the army, cut food waste, give up holidays and save metal for munitions. Look at some First World War posters, then have a go at making your own. Many libraries are running WWI-themed craft sessions; find one near you at www.1914.org

On the evening of August 4th 1914, the lamps went out across Europe. No one knew when they would be lit again. That's why we light a candle, and then extinguish it, on the tomb of the unknown soldier in Westminster Abbey. 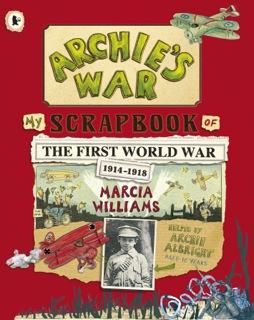 Be inspired by Archie’s War by Marcia Williams (£7.99, Walker Books), a beautiful treasure trove of facts about the Great War presented in a scrapbook style. Just like Archie back in 1914, you can keep a notebook handy to jot down interesting facts, draw pictures and stick in mementos like old family photos, postcards, newspaper clippings or museum entry tickets. 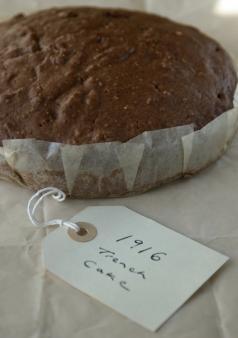 During the First World War people in Britain would bake and send a fruit cake to loved ones on the front line. Some traditional cake ingredients were hard to come by, you’ll see there are no eggs in this recipe, but the postal service to the front was incredibly efficient when you think about the logistics involved.

Grease a cake tin. Rub margarine into the flour in a basin. Add the dry ingredients. Mix well. Add the soda dissolved in vinegar and milk. Beat well. Turn into the tin. Bake in a moderate oven for about two hours.

For more primary-school information about the Great War go to our Homework Gnome, World War I and Remembrance Day.

Illustrator Martin Impey and children's author Hilary Robinson have written four picture books about WWI for young children; the stories are a brilliant, age-appropriate way to present the First World War to kids through storybooks.

There are lots of action packed adventures to be had with the new Playmobil 70286 Scooby-Doo Mystery Machine. Enter for a chance to win 1 of 2 sets worth £49.99 (rrp)
Win a complete set of the phenomenal fantasy series by Shannon Messenger, Keeper of the Lost Cities!

The secrets buried inside one girl just might be the key to destroying the world. Enter now to win 8 action packed books from the Keeper of the Lost Cities series worth over £60!
Win! A ManiMe Kids fun valet chair

Beautifully crafted from sustainable bamboo, ManiMe is a stunning valet chair for children. Enter the competition for your chance to win a Manime Kids chair worth £99 (rrp)!
Win a copy of Mug The Wumph The Dancing Wizard!

12-year-old Minty Taylor discovers a 10-sided copper-coloured coin that transports her on a magical adventure! Enter to win a copy of Mug The Wumph worth £17.99!