Why boredom is good for your child

Does your child struggle to entertain themselves? We explain how they could benefit from being bored.
Login or Register to add to your saved resources

Ever felt like you’d be a millionaire if someone gave you a pound for every time your child complained about being bored?

In today’s non-stop world, boredom is seen as a bad thing. New research from toymaker Melissa & Doug and analytics and advice firm Gallup shows that fewer than one in five British parents strongly agrees that it’s good for kids to be bored from time to time.

This can lead to us overscheduling their time, and not allowing them enough opportunities for child-led play.

‘We’ve become an instant gratification society, and children almost start to panic if they don’t have anything to do,’ says Melissa Bernstein, a mother of six and co-founder of Melissa & Doug.

Why can’t today’s kids cope with being bored?

Technology, consumerism and the huge rise of extracurricular activities for kids have created a world where children lead highly structured lives, with little time to just ‘be.’

‘The increase in the number of families where both parents are working also plays a part, as children are spending more time in childcare or other organised activities,’ adds Dr Teresa Belton, visiting fellow at the School of Education and Lifelong Learning at the University of East Anglia and author of Happier People Healthier Planet (SilverWood Books).

The threat of stranger danger, meanwhile, means many of us are reluctant to let our children play outside unsupervised, and observing other families’ lives on social media can leave us feeling that we’re falling short if our kids aren’t leading action-packed lives.

But far from being a bad thing, periods of boredom, where children have to rely on themselves for entertainment, are essential to a healthy childhood.

We take a look at how your child will benefit from being bored.

When children are left to their own devices, they’re forced to be more creative and imaginative in finding ways to amuse themselves.

‘Giving them opportunities to try things of their own volition builds their sense of discovery and curiosity and helps them explore what brings them joy,’ says Melissa.

Indeed, research has found that people who are given a range of boring tasks to complete show more imagination when they’re then asked to take part in a creative thinking activity.

Teresa agrees. ‘Children need to learn to take initiative and think of ways to occupy themselves that are not dictated by someone else,’ she says. ‘It’s a stimulus to imagination and creativity.’

‘Resilience’ has become a buzzword in schools, referring to children developing a ‘have a go’ attitude and not being put off when things are tough.

Being bored – or having to think of ways to amuse themselves – is an important way to develop this ‘grit.’

‘Everyone wants to believe they’re good at everything, but children who never experience failure don’t know how to deal with it when it arises,’ Melissa explains.

‘Having free time to try things out without the fear of failure is essential if a child is to develop grit and resilience.’

Does your child expect you to come up with something for them to do whenever they’re at a loose end?

Well, stop intervening, because being bored will help them develop their problem-solving skills.

‘In a world where children are constantly stimulated, they can feel uncomfortable if they don’t have anything to do,’ explains Teresa.

‘But this encourages initiative and problem-solving, as they have to rely on themselves to tackle the ‘problem’ of being bored.’

Having unstructured time to play with other children will help your child develop interpersonal skills that are becoming lost to this technology obsessed generation.

‘If children are given time and space with nothing to distract them, it helps them to negotiate and collaborate with each other and develop activities jointly,’ Teresa says.

‘They’re learning to communicate, make eye contact and read body language: things that can only be learnt from experience.’

When your child has opportunities to occupy themselves, and manages to do so successfully, it gives their self-esteem a boost.

‘When they have free time, they can try new things, test their limits and take risks, which will all build their confidence,’ Melissa says.

Today’s kids (and adults, too) tend to be so busy that there’s little time to be still and let their minds wander.

‘Having time to just “be” gives them the opportunity to think their own thoughts and get to know themselves better,’ Teresa explains.

‘Research has shown that allowing the mind time to wander rather than being focused on activities all the time is very important for mental health.’

7. Boredom creates a sense of belonging

As well as having time to think, unstructured downtime gives children a greater sense of community.

‘If children are always busy with some focused activity, they take their surroundings for granted,’ Teresa says.

‘But it’s important that they have the chance to engage with their environment so they feel a sense of belonging to where they live.’

Your child may argue that being bored is, well, boring, but actually, it could make their childhood happier overall.

‘When adults talk about their childhood memories, no one ever mentions anything material,’ says Melissa. ‘It’s always the simple things they remember: connections, laughter and nature.

‘All the activities that we think are making childhood richer are just getting in the way of a simple but contented life.’

How to encourage your child to make the best of boredom

If your child is used to having their time micromanaged, making the shift to a way of life where they’re responsible for amusing themselves some of the time can be tricky.

‘It will be difficult at first because they don’t know how to do it, and you’ll have to be their imagination coach, but once the spark has ignited, it will get better,’ Melissa says.

Try these techniques for encouraging children to entertain themselves. 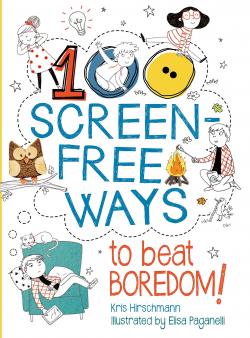 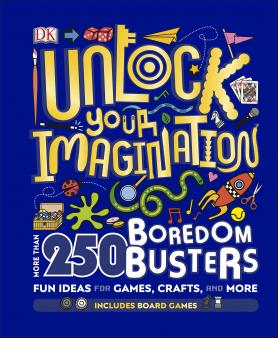 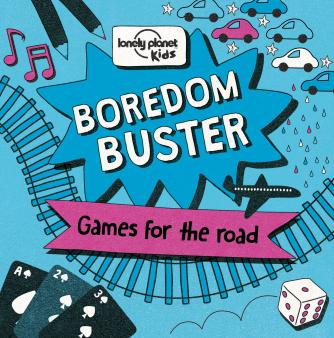 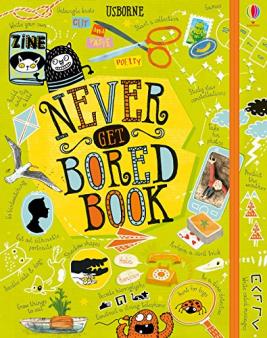