Bring books to life for book lovers of all ages, from pre-school to teenagers, at one of the world's best literary festivals. Meet authors, learn writing and illustrating skills at a workshop or take part in a debate – there are a wealth of bookish activities on offer for families throughout the year, and many of them are accessible online from anywhere in the world.
Login or Register to add to your saved resources 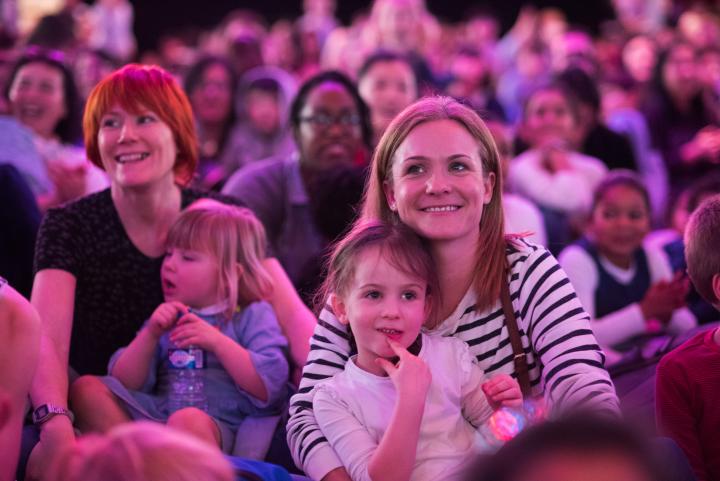 The annual festival run by kids, for kids, Imagine Children's Festival takes over the Royal Festival Hall on London's Southbank for 12 days of jam-packed half-term fun. 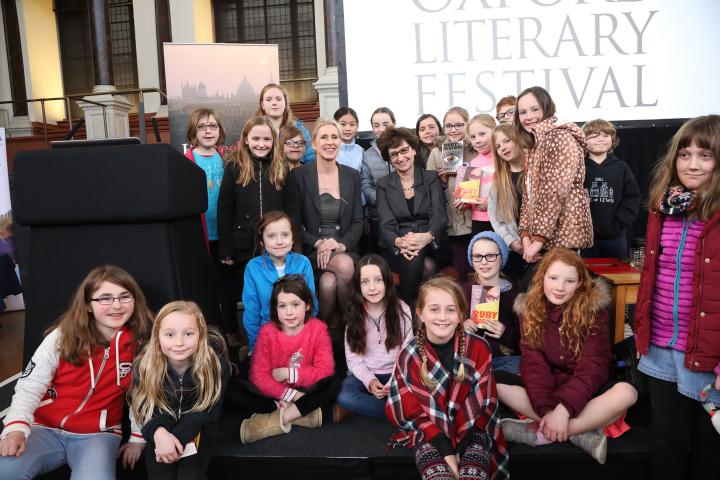 Antony Horowotz, Holly Black, Kate Pankhurst, Katherine Rundell and Robin Stevens – they've all appeared at the FT Weekend Oxford Literary Festival, which takes place in the heart of Oxford every spring. A brilliant opportunity for children to meet one of their literary heroes and get a prized book, author and reader photograph to treasure! 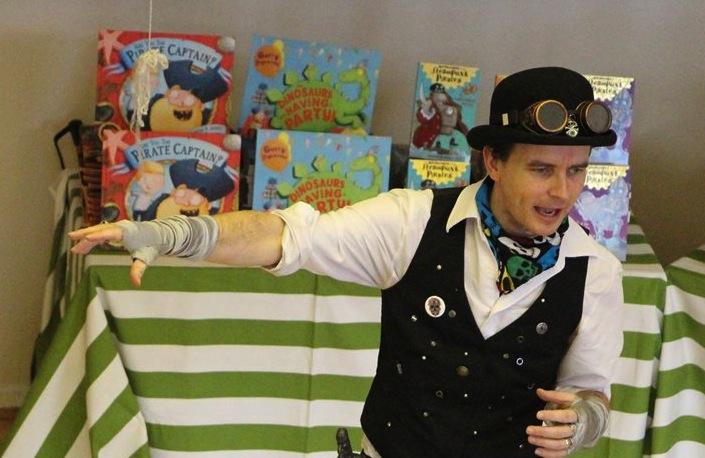 Now entering its third decade of events, the Essex Book Festival explores the written word in all its forms across the county throughout the month of March.

A mixture of local, national and international writers and literary talent take part in talks, workshops and panel discussions in diverse venues including local libraries, a Tudor palace, HMP Chelmsford prison library, a Napoleonic Fort and even a light ship! For children, programme highlights include a super-snug Pop-Up Storytelling Armchair and participation in the Passport to Learning for 5-14 year olds scheme; stamps can be collected at all Essex Book Festival YOUNG ESSEX events.

Shropshire Bookfest's aim is to inspire, enthuse and entertain children through literature and the arts.

Founded in May 1999, then the only exclusively children’s literary festival in the country, Bookfest is an independent, not-for-profit organisation, primarily run by a group of dedicated, hard working volunteers. 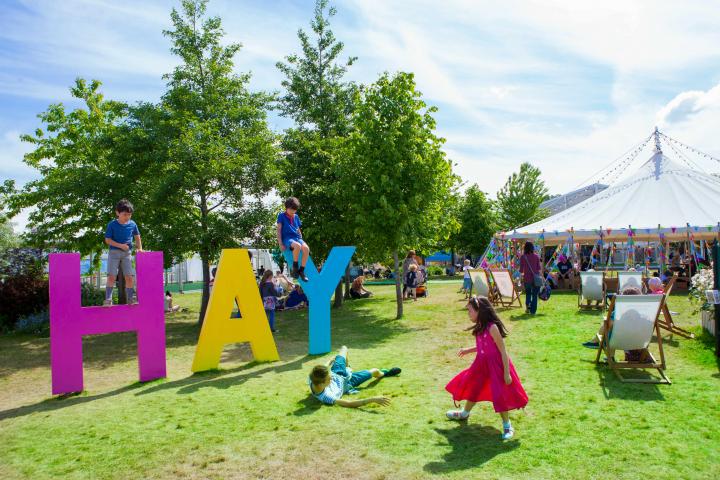 One of the most famous books and literature festivals in the world, the Hay Festival takes place in a tented village at Hay-on-Wye, Wales, on the edge of the beautiful Brecon Beacons National Park, at the end of May.

The kids' programme, HAYDAYS, is extensive, plus a whole section of the Festival is devoted to toddlers and parents. There are book signings, a Scribblers Hut with non-stop workshops, demonstrations in the Mess Tent and Hay Festival Compass, a space for older teenagers and students to learn, be inspired and discover. For imaginative learning resources, internships and free access to some of the world’s best speakers, join us on-site and online.

If you can't make it to the festival the Hay Player offers subscriber-access to audio and film of writers' and thinkers' events. 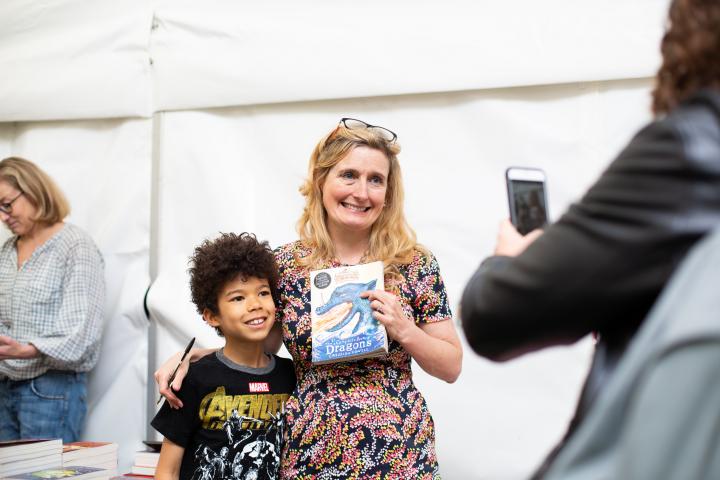 The Barnes Festival organisers believe that every child should have the opportunity to experience live literature: for example, in 2018 more than 3,000 children also attended two days of specially curated sessions as part of the Festival's Education & Community Outreach Programme which is provided free to every state primary school child in London. 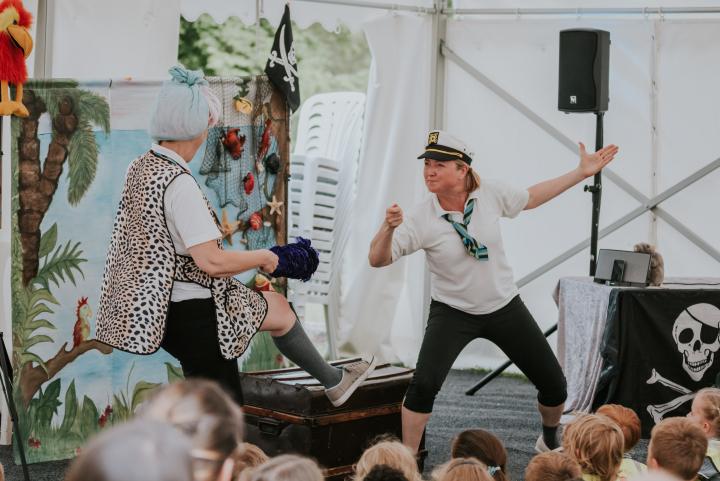 On Family Day children’s theatre performances, puppetry, life drawing, modelling and creative writing workshops are on offer and the small, intimate scale of the event means it's easy to meet authors, illustrators and experts. It's a beautiful setting for a family day out, too! 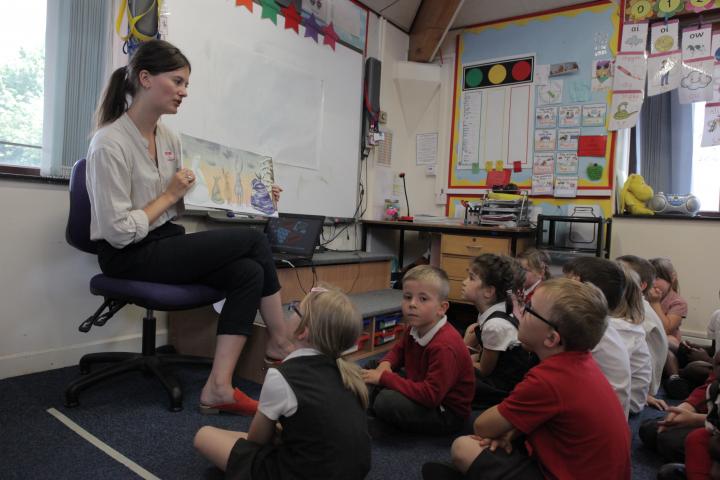 Pop Up Festival is a national schools literature festival that sees books brought to life every June. 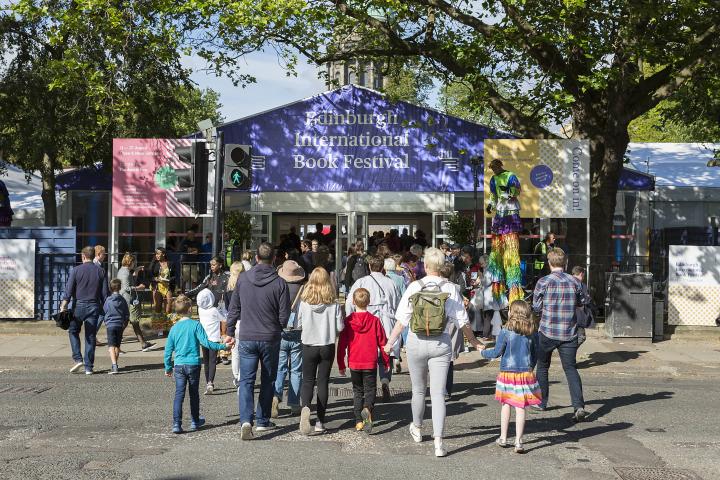 In a tented village in the heart of Edinburgh, the Edinburgh International Book Festival is the largest public celebration of the written word in the world and brings readers and writers together for inspiration, entertainment and discussion.

Every year there are over 900 events for adults and children, with speakers including novelists, poets, scientists, philosophers, sportsmen, illustrators, comic creators, literary prize-winners and many more. The Children's Festival offers over 200 events, either free or at a cost of £5, as well as access to Scotland's largest bookshop. 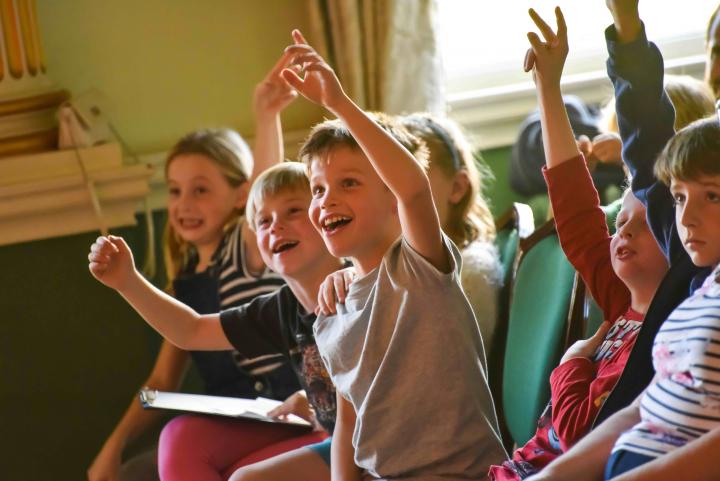 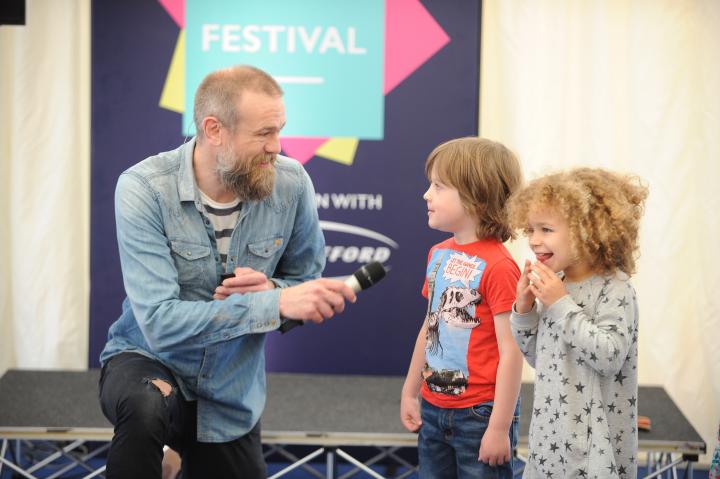 Running alongside the Henley Literary Festival each autumn, the Children’s festival offers young bookworms the chance to come face-to-face with their favourite authors. Past speakers include Judith Kerr, Michael Morpurgo, Julia Donaldson and Great British Bake Off star Nadiya Hussain. The events on offer are suitable for every age group, from 'babes in arms' sessions to toddler storytelling and teenage crafting workshops. 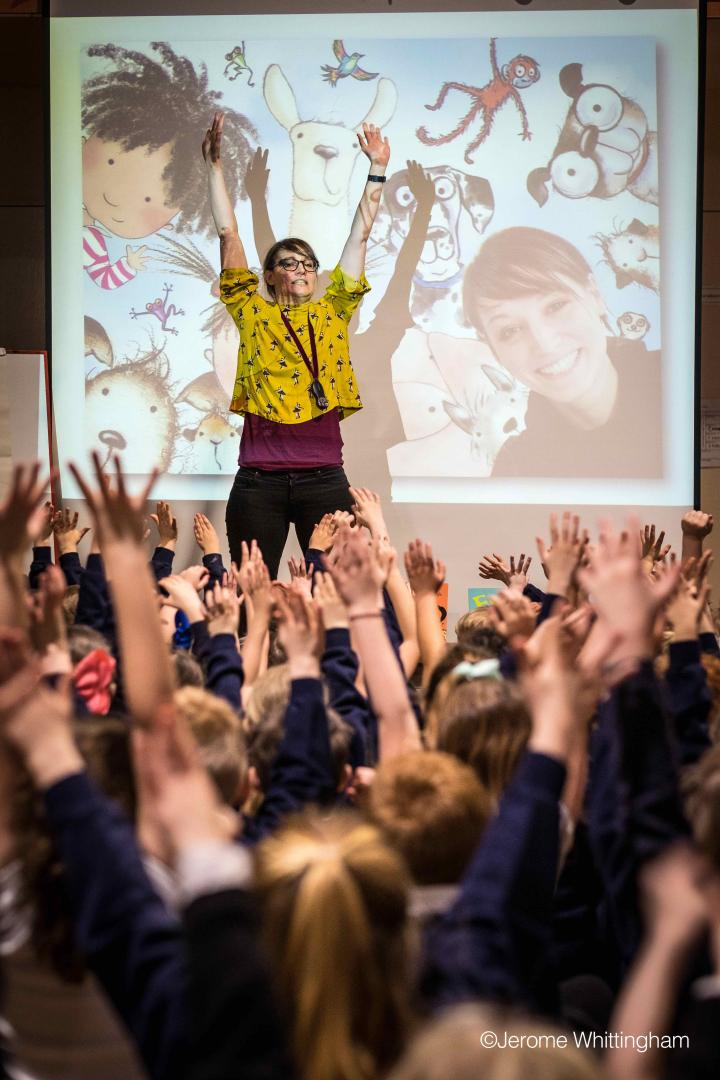 From its beginnings in a small village in North Devon, the Appledore Book Festival has grown into a ten-day event with a dedicated children’s programme featuring authors such as Michael Morpurgo and Anthony Horowitz.

In the Schools Week, authors are taken into North Devon schools to lead a wide range of tailor-made activities, from toddler craft to post-16 challenging discussions, in the largest outreach programme of its kind. There were over 150 events in 2021 and children were wowed by authors such as Joseph Coehlo, Philip Ardagh and John Townsend. 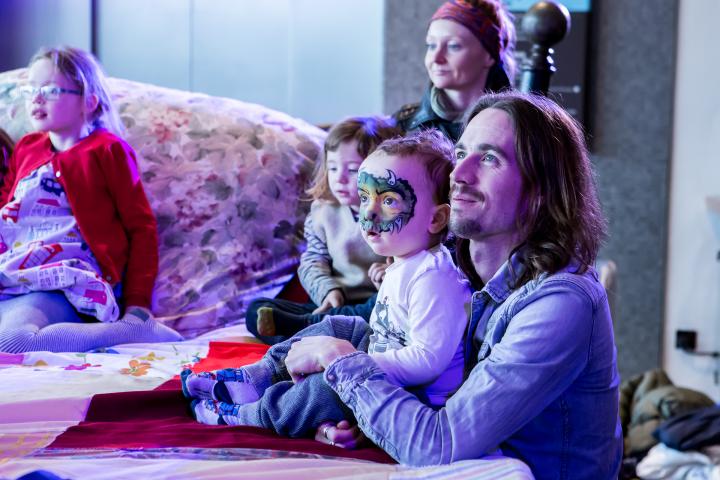 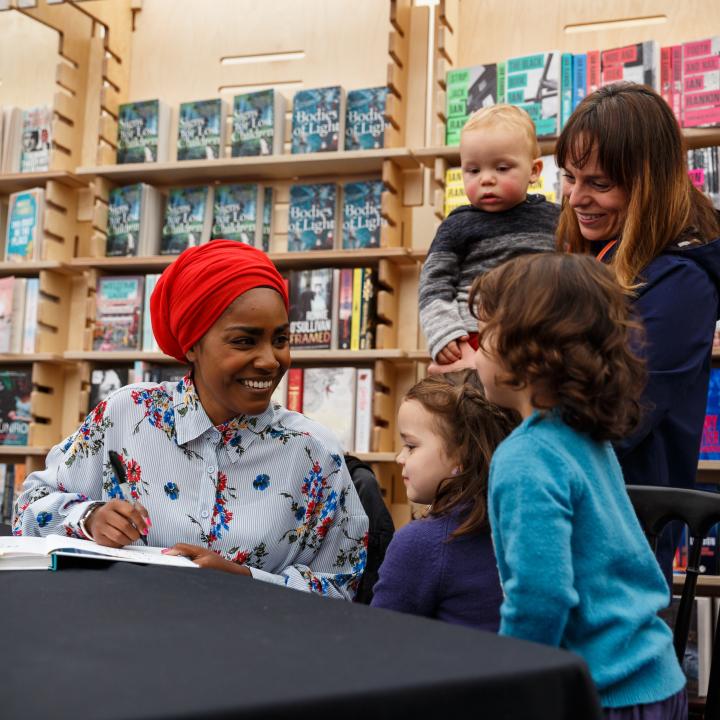 Established in 1949, The Times and Sunday Times Cheltenham Literature Festival is one of oldest literary events in the world. For ten days every autumn Cheltenham welcomes more than 600 writers, actors, politicians, poets and opinion formers to celebrate the joy of the written word.

Plan a family day out in the lively Festival village to choose from a bumper programme of events, free activities, workshops, and story trails featuring the greatest storytellers and illustrators, sure to inspire a love of reading in children of all ages and stages. If you can't attend in person, Cheltenham Festivals’ YouTube channel broadcasts highlights from each day of the Festival. 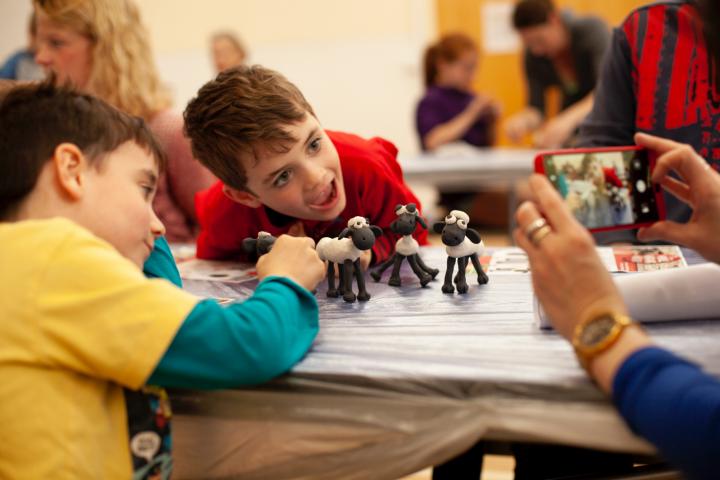 Ilkley Literature Festival is renowned for its prestigious literary line-up, and young bookworms can also expect to see some of the country's best children’s authors during this year's event. 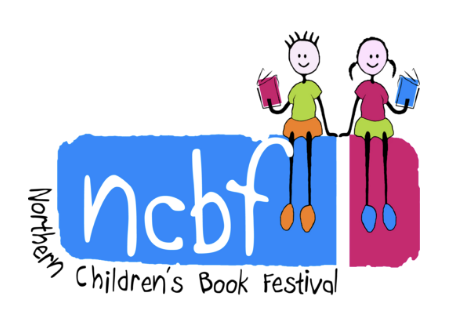 Every year the Northern Children's Book Festival runs two weeks of book-related activities across the whole of the North East region, delivering a programme of visits by authors, illustrators, poets and other storytellers within and for schools. The festival culminates in a free Gala Day celebration event where children and their families are able to meet the inspiring creators of their favourite children’s books.

By using the region’s library networks as venues, the Festival reaches some of the most deprived communities and families don’t need to travel far to experience inspirational activities on their doorstep.

Best literary and story museums in the UK

You don't have to wait for a literary festival to explore stories, books and narratives. We love the UK's brilliant story museums, dedicated to the magic of reading and children's literature. Read our reviews before you visit to make the most of your word-filled day out!