Would your child rather be kicking a ball than picking up a book? Get them excited about reading with fiction and non-fiction titles about the beautiful game, from World Cup histories and step-by-step technique manuals to brilliant football fiction for all ages.
Login or Register to add to your saved resources 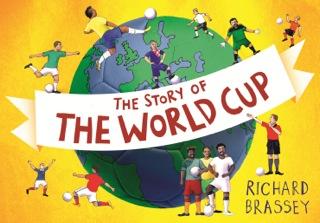 The Story of the World Cup by Richard Brassey 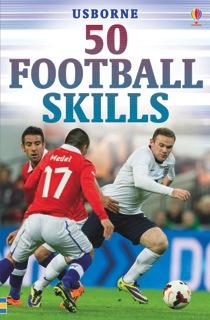 A practical manual of tips and techniques, 50 Football Skills covers all areas of the game, from the basics of attacking and defending to the complexities of making a perfect corner kick and obeying the offside rule. Guaranteed to be studied obsessively (thankfully it's pocket-sized for easy access at the park or on the pitch!). 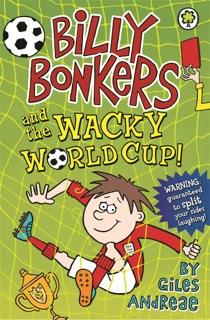 Billy Bonkers: and the Wacky World Cup! by Giles Andreae

Three funny, illustrated football stories in one book, the perfect length for newly independent readers to read alone. Landing a plane and flying through the air in a hot-air balloon to the World Cup final, Billy Bonkers is a great wacky hero for KS1 soccer devotees. 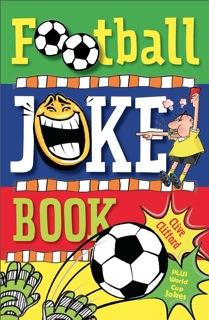 Arm your child with a huge selection of good, clean football jokes. The puns, one-liners, visual gags and plays on words will ensure they're expanding their vocabulary with all the relevant lingo! 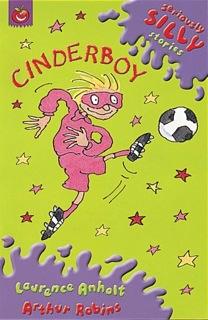 A football-retelling of Cinderella, this "seriously silly" story will be appreciated by KS1 readers and is also great to read aloud. Cinders cleans up after his ugly brothers and nasty stepdad and doesn't have a hope of going to the cup final... until he gets invited to play! 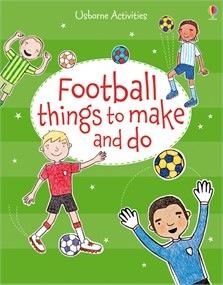 Football things to make and do

Keep footy fans entertained with some hands-on craft projects. Make a flicking football game, a 3D penalty shoot-out and a league table with slot-in football shirts, all from everyday household items. Each activity is clearly illustrated with step-by-step instructions, so minimal supervision is required. 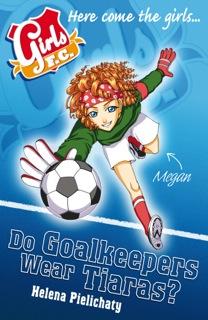 Each of the books in the Girls FC series focuses on a different player; the first title introduces us to Megan Fawcett, who dreams of being a goalkeeper and decides to form a girls' football team. Author Helen Pielichaty is an avid fan of women's football and the series is a firm favourite with football-mad girls; find out more and download Girls FC activity sheets. 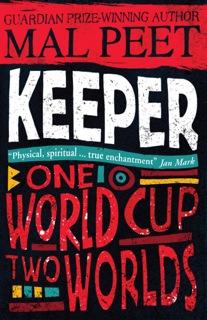 A great choice for confident readers (aged 10+), Mal Peet's debut novel won the Branford Boase Award and the Bronze Nestlé Children's Book Prize. The story of a teenager with a supernatural mentor who teaches him the art of goalkeeping, it's a rich and complex read. 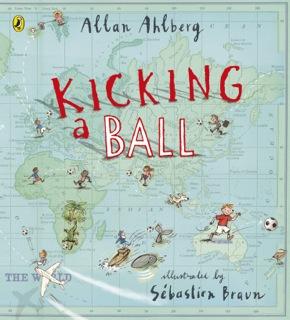 Kicking a Ball by Allan Ahlberg

Allan Ahlberg's new rhyming story is wonderful to read aloud while your child pores over the illustrations. An ode to the joys of simply kicking a ball, this is a guaranteed new bedtime story favourite for boys and girls aged 2 to 5.

The World of Norm: May Need Rebooting by Jonathan Meres

The World of Norm series by award-winning comedian Jonathan Meres has sold over 200,000 copies in the UK alone. Ideal for fans of Diary of a Wimpy Kid and David Walliams the latest installment in the laugh-out-loud series sees Norm dealing with AN ABSO-FLIPPING-LUTE DISASTER in his own, inimitable style... 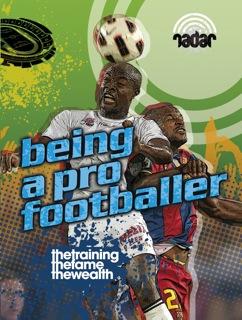 Being a pro footballer by Sarah Levete

Find out about the highs, the lows, the perks and the hard work involved in professional football. Read about a day in the life of a pro footballer, with behind-the-scenes information from ex-England player Gary Neville and international soccer star Marta – have you got what it takes to make it to the top? The perfect non-fiction read for aspiring footballers in KS2.

Packed with football action and great off-field story lines, Tom Palmer's books are often cited as the reason a reluctant reader turned into a book-lover! The fist book in the Football Academy series focuses on United's under-12s team; short chapters, large illustrations and player ratings make it an ideal read for children aged 7 and above. 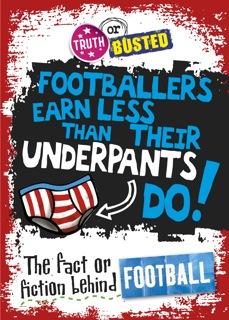 Truth or Busted: The Fact or Fiction Behind Football by Adam Sutherland

God knocked England out of the 1986 World Cup. WWI was stopped for a football match. Footballers earn less than their underpants do... These and other myths and facts are explored and evalulated in a fun, child-friendly style and offer plenty of conversation starters for football enthusiasts. 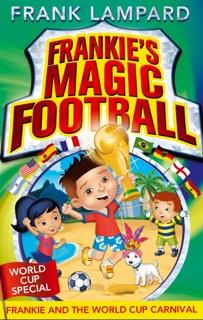 Frankie and the World Cup Carnival by Frank Lampard

New in the Frankie's Magic Football series, this brazil-based adventure sees Frankie, Louise, Charlie and Max the dog in South America, trying to track down a referee's whistle, a football and a trophy to help England win the World Cup. A great and topical option for new readers. 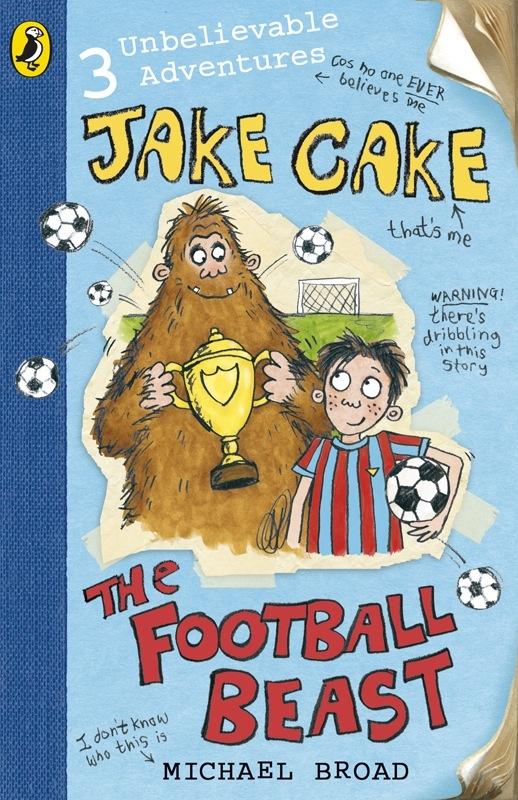 Jake Cake and the Football Beast by Michael Broad

A football-playing yeti and Jake Cake, a not-too-great football player, are the stars of this funny, accessible tale. Recommended for reluctant readers. 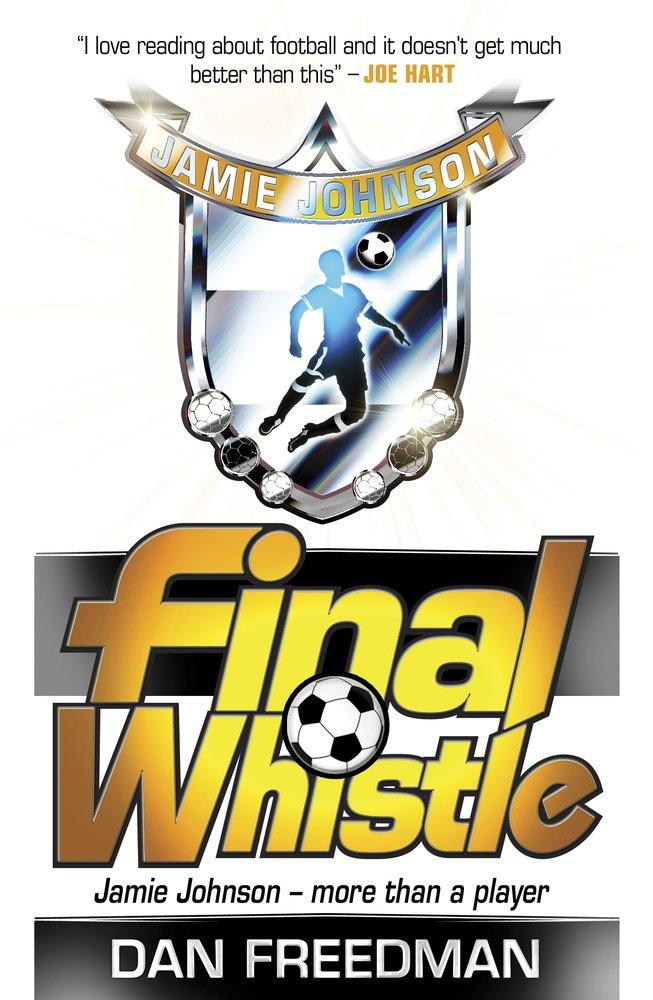 Football journalist Dan Freedman's series about footballer Jamie Johnson's life on and off the pitch has sold 700,000 copies worldwide and has been made into a CBBC TV series. The author's knowledge of and passion for football shines through the stories, and they are as popular with girls (Jacqueline Marshall, the inspirational female lead, is a fan favourite) as they are with boys. The eight books in the series are: Skills From Brazil, The Kick Off, Shoot to Win, Golden Goal, Man of the Match, World Class, Final Whistle and Born To Play. 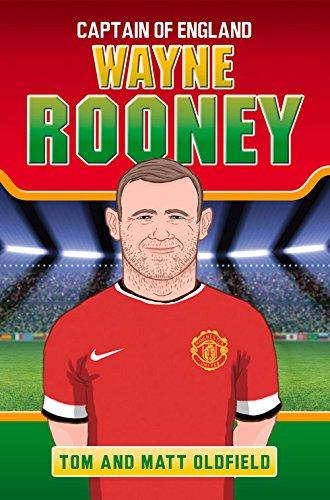 Fictionalised biographies of some of the world's most famous footballers will show your child how ordinary boys rose through the ranks to play on the world stage. Wayne Rooney, Gareth Bale and Raheem Sterling are just a few of the famous names covered. 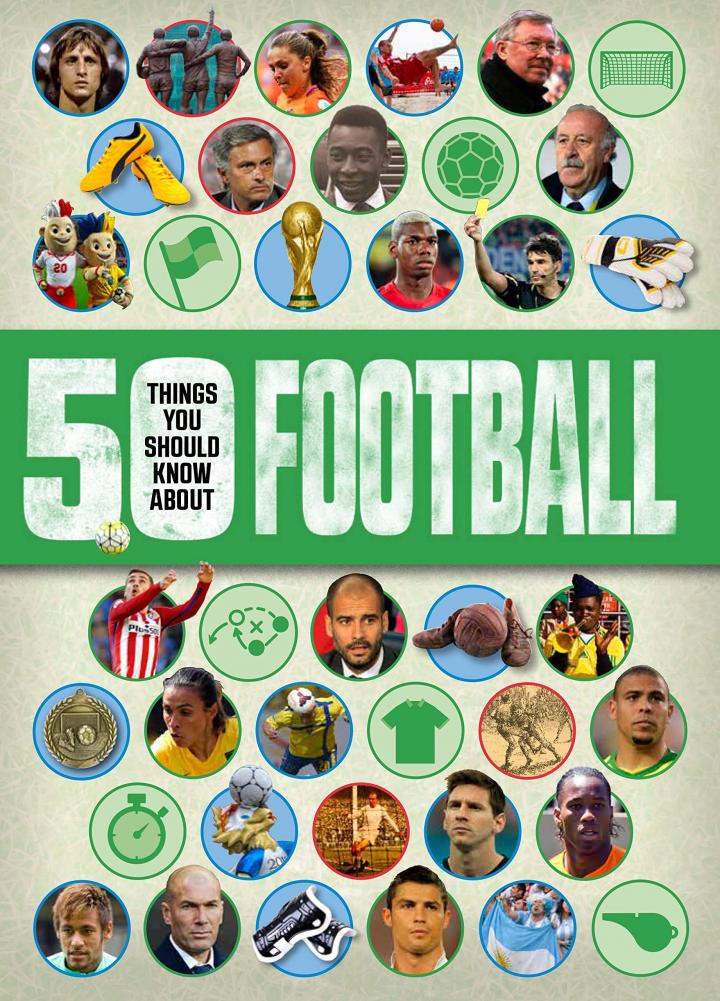 50 things you should know about football by Aidan Keir Radnedge

The ultimate handbook for football-mad readers, this covers all aspects of the beautiful game, from world-famous star players to the history of the sport, dream teams, top leagues and how they work, unforgettable goals and memorable matches. Infographics and photographs will ensure that budding commentators have all the facts at their fingertips! 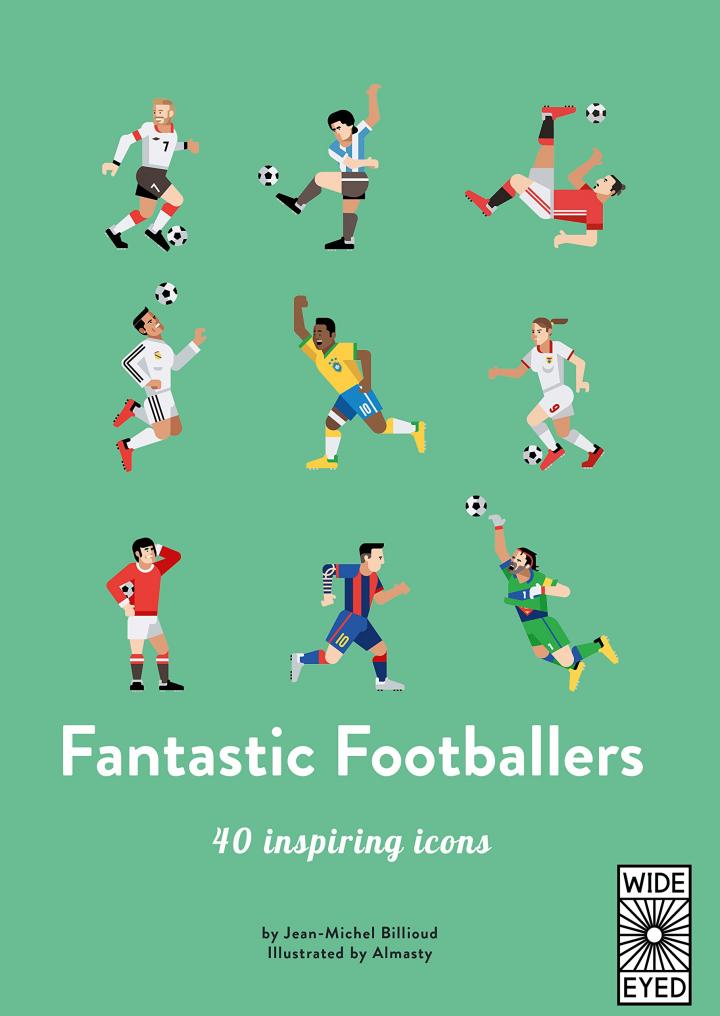 Full-page illustrations and loads of dip-in, dip-out reading about great goals, spectacular saves, record-beating transfer fees and super stats. Football heroes past and present from the men's and women's game are the focus of this colourful, informative collection of player profiles – essential reading for super-fans. 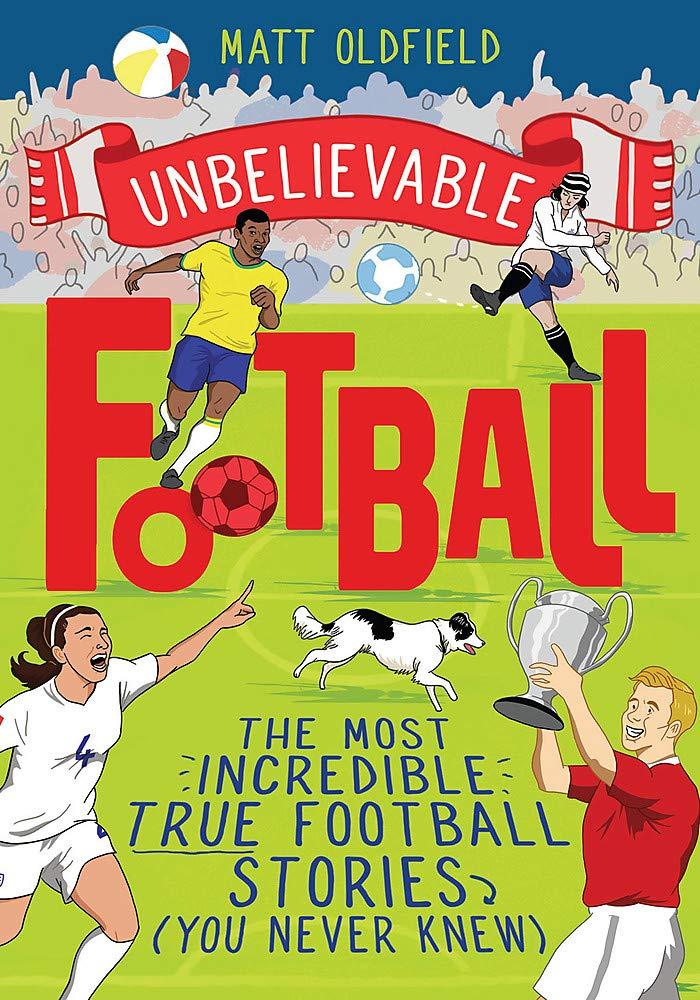 Incredible, bizarre and always completely unbelievable football (but true!) stories you never knew, from the psychic octopus who could predict the winner to the dog detective who saved the World Cup trophy, the football superstar who never actually played the game and the Lancashire Lasses who became football's best kept secret. 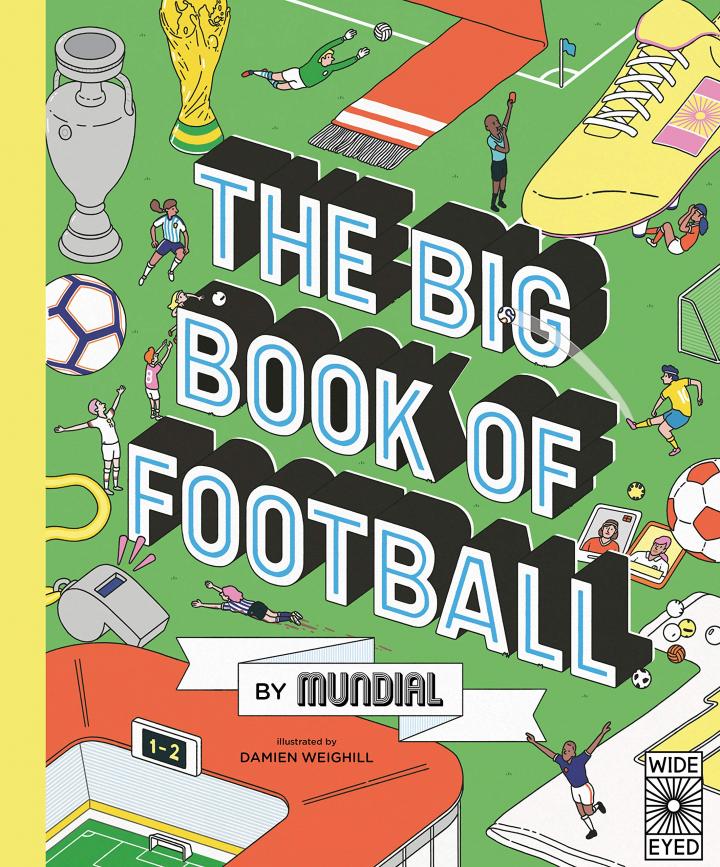 The Big Book of Football by MUNDIAL

A definitive kids' guide to the best things about football: the lingo, the best teams and managers, the techniques and superstar players, the most iconic goal celebrations and even the best haircuts. Charming, funny and packed with brilliant illustrations from Damien Weighill, this highly-anticipated guide to the game from MUNDIAL is witty and stylish. 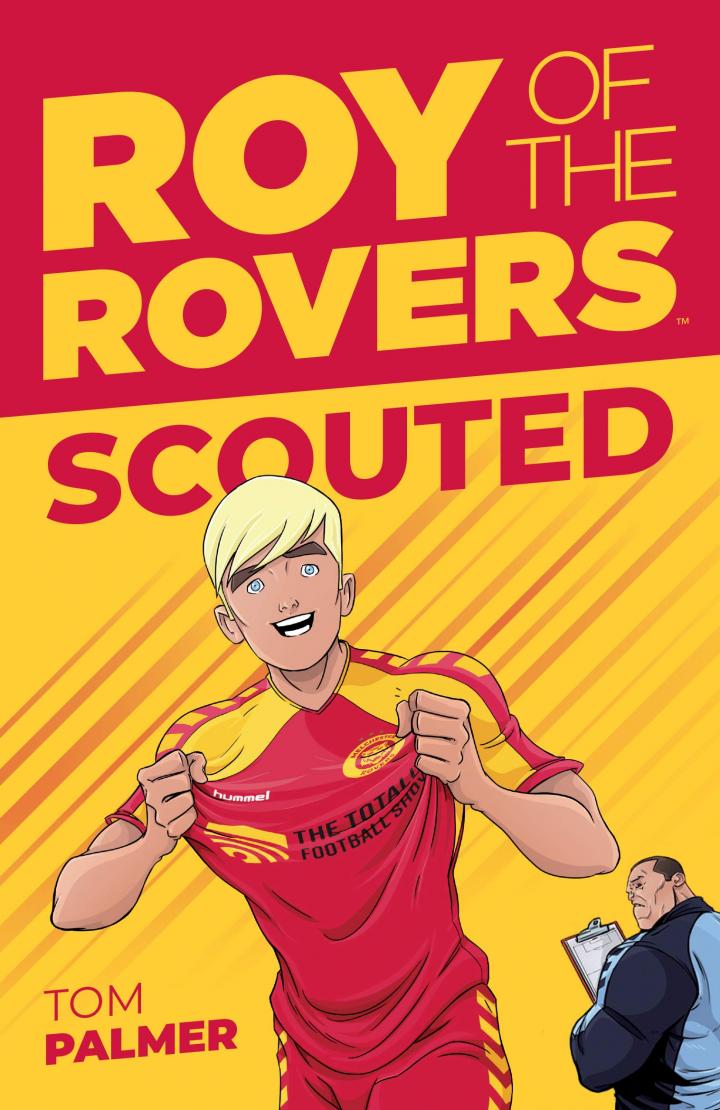 Roy of the Rovers: Scouted by Tom Palmer

Roy Race’s footballing exploits have delighted fans since 1954! In the late 1970s he starred in his own Roy of the Rovers comic, but by 2000 he was on the subs bench. Now the football fiction legend is back for a new era: there are illustrated fiction books ("middle grade" novels, with a few black and white illustrations) from best-selling football author Tom Palmer, as well as graphic novels for readers who prefer comics. Roy of the Rovers: Scouted, the first novel in the new series, is the perfect place to start reading.

A fantastic football saga which might also bring back some memories for parents and grandparents! 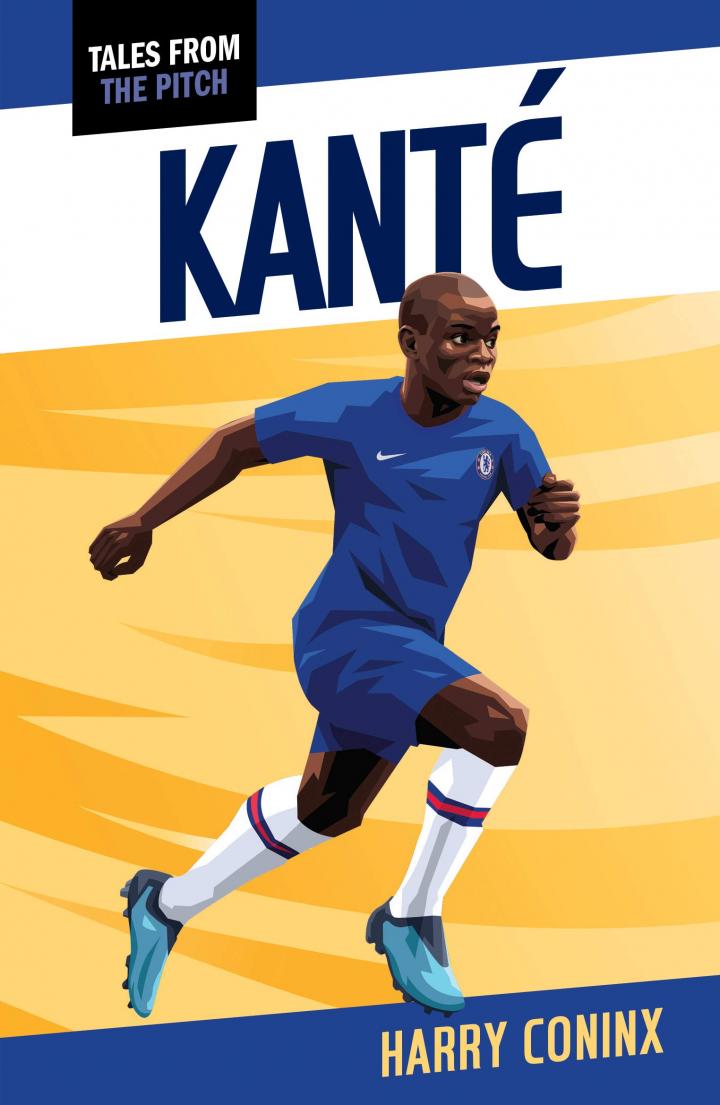 Kanté (Tales from the Pitch) by Harry Coninx

Tales From The Pitch is a series of easy-to-read, dyslexia-friendly fictionalised biographies of major football stars, designed to be appealing to children who are out of practice with their reading.

As well as facts about some of the biggest personalities in the game, like Van Dijk, Gnabry, Rashford, Sterling and Lewandowski, readers get a behind-the-scenes glimpse into footballers' world! (For example, did you know that Van Dijk had to wash dishes to pay his way through his early career, or that Kanté and Leicester squad were promised pizza by their manger if they could keep a clean sheet?) A great way to encourage your child to read by reliving the drama of exciting matches and getting to know current players. 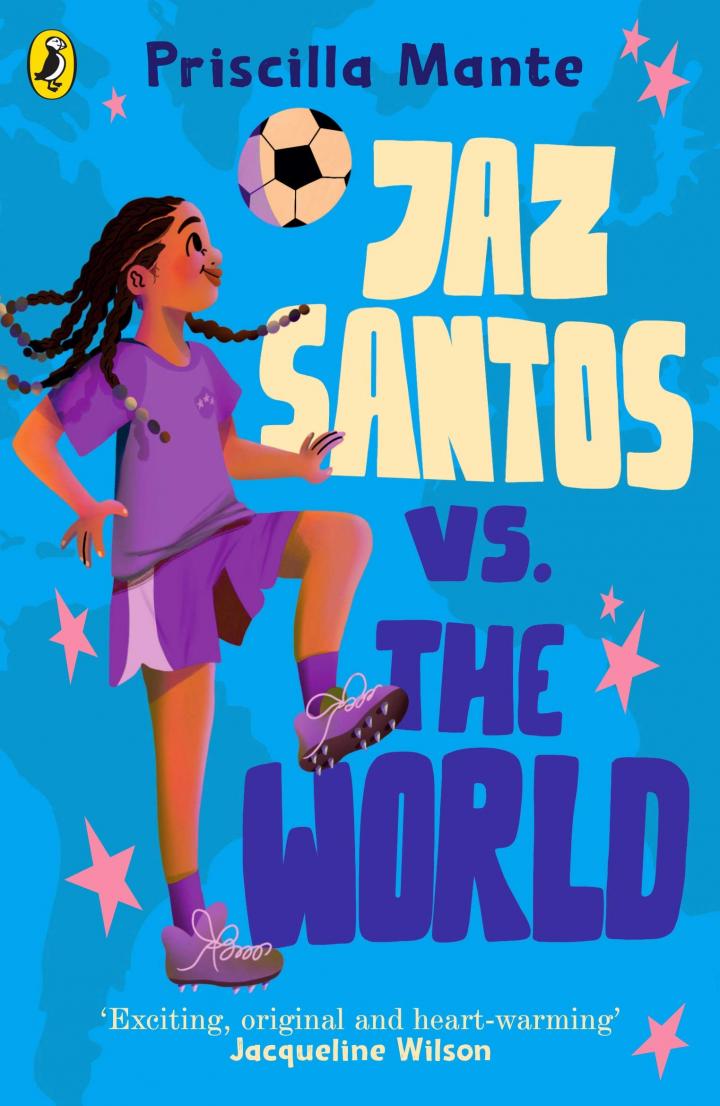 Jaz Santos vs. the World by Priscilla Mante

Jaz is having a tough time at home, so she decides to create her own girls' football team and aim for the football stardom she's always dreamed of. Things get off to a shaky start, but she's determined to make everyone at school take her team seriously and play to win. Bend it like Beckham for Jacqueline Wilson fans, this is a heart-warming, inspiring read.

Get football-loving kids excited about reading for pleasure with some brilliant soccer-inspired ideas from the National Literacy Trust in the Love Football, Love Reading 2 toolkit and Dan Freedman's football challenge, in association witn Premier League Primary Stars. Director of the Trust Jonathan Douglas says: “We know from our experience of working with reluctant readers just how powerful football can be in getting children to enjoy reading, which gives them vital skills for the future.”

The Premier League Reading Stars Online Challenge will also appeal to young readers; in each challenge a Premier League player reads an extract of text and challenges children to answer reading comprehension questions of varying difficulty.

Using a selection of football-themed maths videos and free online learning materials, the Numbers Game campaign encourages children aged 5-11 to be physically active and engage with maths at home.

Football-inspired learning doesn't have to be limited to reading or numeracy – TheSchoolRun suggests a number of maths and geography activities your football fan might enjoy.