How to cope with friendship bullying

What should you do if your child is being picked on by their friend? We asked the experts at Childline for advice about friendship bullying.
Login or Register to add to your saved resources
Every parent worries about the possibility of their child being bullied. Many of us envisage classic scenarios where the school bully pins their victim against a wall and steals their lunch money, or ambushes them on the way home.

But increasingly, kids are being bullied not by the class thug, but by children who they consider to be friends.

A recent American study showed that 30% of young people have been bullied by a friend. ‘It can be difficult to spot, because children sometimes think that if their friend is doing it, it must be OK,’ explains Wendy Robinson, a manager with Childline (free, confidential helpline: 0800 1111).

‘You can also get situations where a child is afraid to report that their friend is bullying them, because they’re afraid that it might make things worse.’

What is friendship bullying?

Friendship bullying has many similarities with regular bullying, but because it happens within a friendship group, the bullied child may think it’s a normal part of having friends.

‘It can be hard for them to know if it’s just “banter”, especially if their so-called friend is saying, “It was just a joke,” or, “Can’t you take it?”’ says Wendy.

‘But if the joke is always on your child, and their friends are targeting the unique things about them, such as their appearance, personality, intelligence, sexuality, race or religion, this is emotional abuse. Your child should not have to put up with it.’

Is friendship bullying on the rise?

Friendship bullying is nothing new, but the use of smartphones, tablets and social media has taken it to a new level.

‘It used to be that when children got home from school, they had a break from whatever was happening during the school day,’ says Wendy.

‘But now, because of phones, tablets and social media, it’s relentless. The bullying that used to stop at 3.15pm now carries on late into the evening, and it can have a devastating impact.’

These days, there’s a whole new world of tools for bullies to use, from malicious text messages to sending humiliating pictures via group chats. And while you might think your primary school child is too young to be affected, 40% of seven- to 10-year-olds know someone who has been cyberbullied.

The impact of friendship bullying

Friendship bullying can have a profound impact on children. Because it’s a friend who’s saying or doing unpleasant things, your child may take them to heart. They may also be reluctant to tell anyone because it seems disloyal, or because they’re afraid of losing their friend altogether.

‘Children can be very confused if their friends suddenly turn on them, and they don’t know what they’ve done,’ says Wendy.

The effects of friendship bullying will depend on the nature of what’s going on and your child’s personality, but symptoms to look out for include:‘Friendship bullying can have a huge effect on children’s self-worth,’ Wendy explains. ‘We’ve seen a worrying rise in calls from children who are having suicidal thoughts, and some of these are feeling isolated or victimised.’

If you find out that your child is being bullied by a friend, it’s tempting to go in all guns blazing, but it’s important to stay calm. Wendy has the following advice:

Give your child space to talk about what’s been happening. Don’t rush them or jump to conclusions.

Talk to them about what bullying is, and see if that fits with what’s happening to them.

Talk to them about what it means to be a good friend, and whether their friend is showing those qualities.

If the bullying is happening at school, ask your child what would need to happen for them to feel safer and happier.

Let them know that it’s not their fault, and that they’ve done the right thing in telling you.

Make sure they know that they can keep talking to you, or to another trusted adult, or to Childline.

Keep a record of what’s going on as evidence should you need it.

If the bullying is taking place at school, the school has a duty to address the situation. Their bullying policy (available on their website) will explain the steps you should go through to report bullying, and what action you can expect them to take.

An additional complication can arise if you know your child’s friend’s parents well; the situation can affect your own friendship, too. In some circumstances, you might want to have a conversation with them about what’s been happening, but you need to gauge whether that’s appropriate.

Some parents might be fair and reasonable and work with you and the children to find a solution to the bullying; others may become aggressive and confrontational themselves. If in doubt, go through the official channels at school and let them handle it.

What should your child do?

‘As parents, we often want to give our children strategies to deal with the bullies,’ Wendy says. ‘But the problem there is that we’re suggesting that our children’s behaviour needs to change, when in fact, it’s the bully who needs to change.’

Nevertheless, there are things that may help your child, such as:

Can friendships recover from bullying?

Some friendships never recover from an episode of bullying, and in extreme cases, the bullied child may even end up moving to a new school for a fresh start.

But other friendships are able to weather the storm. ‘All children need to learn how to have differences of opinion, resolve conflicts, and make friends again if they’ve fallen out,’ says Wendy. ‘And although friendship bullying can be a devastating experience, your child may actually learn from it and develop skills they’ll use for life.’

Best books about managing friendships for children and parents 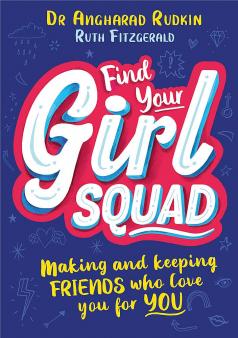 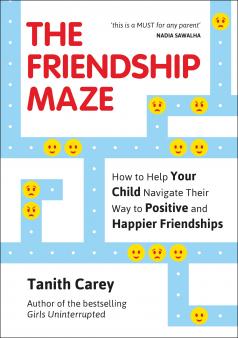 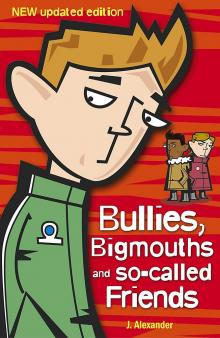 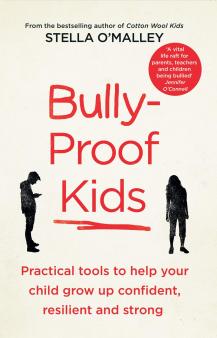 Sadia* is mum to Amina, 10. She explains what happened when her daughter was bullied by her friend.

'My daughter Amina is best friends with two other girls, but one of them used to hate it when Amina did anything with the other girl. She took her anger out on Amina in different ways: snapping at her, making snide comments in front of other children, crying and screaming and leaving Amina out of their activities.

'Amina is very placid but also sensitive, and would get really upset. Her friend would then realise she’d crossed a line and apologise, but then it would start all over again.

'The bullying had a big impact on Amina. It knocked her self-esteem and she felt there was no one she could trust.

'The bullying began in Year 3, but came to a head in Year 5, and I felt I had to approach the school about it. They arranged a meeting with Amina and the girls in question, and apologies were made and sincerely meant.

'But things flared up again, and this time, the pastoral care worker was involved. Since that meeting, things have gone smoothly, and Amina’s friend told her she felt awful for the things she’d said.

'Amina is still friends with the girl in question, but she is definitely broadening her friendships and makes an effort to play with different children in her class. She has become very involved in extra-curricular activities, which have done wonders for her self-esteem.

'She is trying to stand up for herself more and on one occasion this year, where her friend snapped at her, she told her politely that she was going to stay away from her until she could learn to treat her respectfully. It definitely worked!'

* Names have been changed.