How to help your child develop critical thinking skills

Being a critical thinker will help your child succeed at school and throughout their life. We asked Peter Worley of The Philosophy Foundation for his critical thinking tips.
Login or Register to add to your saved resources

Children are natural inquirers. Every day, they’re putting their critical thinking skills into practice, even at primary school level, and this ability to think critically is an asset that will stand your child in good stead as they move through primary school, into secondary and throughout their adult lives.

‘This is because critical thinking needs to be developed and practised as a disposition. Good thinking should be a habit, and habits need to be started young.’

Learning to think critically is a vital part of children’s development, helping them make sense of the world around them.

It helps them ask questions and make value judgements, and try to figure things out if they don’t make sense.

Critical thinking encompasses many of the skills your child needs to access the primary school National Curriculum, including inventing, making analogies, formulating hypotheses and suggesting alternatives. It helps them filter the information they take in and select what’s most relevant to the task in hand.

Developing good thinking habits may help your child when they come to formal exams like SATs and the 11+. Key Stage 2 SATs in English, for example, include a reading comprehension paper, where your child will have to make inferences and deductions from set texts.

Indeed, research has suggested that children who are taught critical thinking skills do better at language comprehension and problem-solving, and even have a higher IQ than their peers.

How to develop your child’s critical thinking skills

‘Children are not only capable of critical thinking from an early age, but they actually do it, too,’ says Peter.

‘For example, children as young as five and six use counter-examples (“Not all birds fly; penguins are birds, and they don’t fly”), draw distinctions (“Heroes are not the same as superheroes”), and challenge inference-making (“Just because he’s the biggest, it doesn’t mean he should get more”).’

Here’s how to help your child hone these skills as they grow.

Being able to say whether they agree or disagree with something, and why, is a sign that your child is thinking critically.

‘Be aware, however, that just because someone says, “I disagree,” it doesn’t mean they’re thinking critically,’ Peter explains. ‘For thinking to be properly critical, one needs to disagree in the right way.’

For example, you can encourage your child to give reasons or examples that show why they agree or disagree with something.

‘Ask, “Do you agree?” to encourage them to evaluate someone else’s claim or idea,’ says Peter. ‘Ask them whether something is right or wrong, true or false, okay or not okay: in other words, have them take a position, evaluate and, if necessary, eliminate.’

‘Though children are able to provide reasons for their answers, they often don’t; instead, they make unsupported assertions,’ Peter explains. ‘This is easily addressed by simply asking them, “Why?”’

For instance, your child tells you that their classmate Sam snatched a ball from someone else at playtime. They say, ‘I think he should give it back.’

You can encourage them to explain why, asking, ‘Why do you think he should give it back?’

This may then prompt them to say, ‘Because it’s not his.’

Help your child work through their reasoning by going through a series of steps. Following on from the example above:

Joining a philosophy or debating club is a good way to develop your child’s critical thinking skills and put them into practice with other children of a similar age. Some schools run these clubs, or there may be out-of-school clubs in your area. 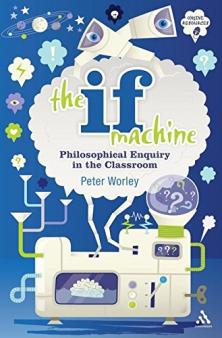 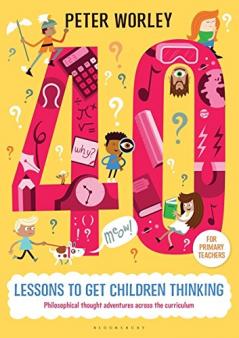 5. Encourage your child to open up

To help your child develop critical thinking skills, get into a habit of questioning them about their thoughts and opinions. There are five simple ways to do this:

Critical thinking involves thinking something through to its possible conclusions. This means considering the implications of something: ‘What would happen if you did this?’

For example, ‘What does it mean if we say one should never lie?’

7. Be alert to fake news

In this culture of ‘fake news’, how can your child tell whether something they’ve heard is true or not? ‘The obvious answer is to check sources,’ Peter says.

‘However, this isn’t always helpful, because we don’t always have time to check our sources properly. ‘This is where critical thinking comes into its own, giving children the ability to see where they should apply doubt or scepticism. It acts as a kind of “room-for-doubt detector.”’

Children who think critically can get a good sense of when they really need to check a source or fact, and when it might be okay to not be certain.

‘This will depend on when it really matters: when there are real consequences to saying something is true,’ Peter explains.

If your child is to become a critical thinker, they need to be a good listener, with a concept called an Open Questioning Mindset (OQM).

‘OQM is listening, but not just stopping yourself from talking; it is attempting to understand, giving the other person space to think and talk, not imposing your thoughts or interpretations on them, and not questioning them to trip them up or stop them in their tracks,’ Peter says.

Yes, it can be irritating when your child insists their t-shirt is aquamarine, not turquoise, or reprimands you for calling their sandals shoes, but pedantry can actually be an asset.

‘A good critical thinker is also a pedant,’ explains Peter. ‘As a philosopher, I often hear people say, “But isn’t that just semantics?” but semantics matter. Sometimes life and death and even wars have hinged on semantic confusion or a lack of clarity.’

‘Perhaps the most important thing you can do to help your child become a critical thinker is to model good critical thinking yourself,’ explains Peter. ‘Notice, monitor and evaluate your own critical thinking, and, if necessary, take steps to improve it.’

There are some great books that will help you develop your critical thinking skills, including A Rulebook for Arguments by Anthony Weston (Hackett, £9.99), Thinking from A-Z by Nigel Warburton (Routledge, £14.05) and The Duck that Won the Lottery by Julian Baggini (Plume, £12.99).

Oxplore, a digital outreach portal from the University of Oxford, aims to promote broader thinking and stimulate intellectual curiosity in children aged 11+.

Peter Worley is a Visiting Research Associate at King’s College London and author/editor of eight books on philosophy in schools, including The If Machine: Philosophical Enquiry in the Classroom (Continuum, £18.99), 40 Lessons to get Children Thinking (Bloomsbury, £19.94) and The Philosophy Shop (Independent Thinking, £17.58). His latest book, 100 Ideas for Primary Teachers, is out in January 2019.

Keep the kids active with Stomp Rocket®, a great range of fun and STEM-inspired toys. Enter for a chance to win 1 of 2 bundles of goodies worth over £40!
Win a 12-month subscription to Tappity - the #1 science app for kids!

Currently the #1 science app for kids, Tappity covers over 100 science topics in its library. Enter now for a chance to win a 12 month subscription worth £74.99!