Henry V and the Battle of Agincourt

Henry V was a famous English ‘warrior’ king. He was both proud and ambitious and had big ideas for his country. Even before he became king in 1413, Henry had fought his first battle at just age 14!

Henry was a brave soldier and despite his short reign, succeeded in making England one of the strongest kingdoms in Europe. His most famous victory however remains at the Battle of Agincourt in 1415 where the English beat a much bigger and much stronger French army.

It is now over 600 years since the famous battle.

Henry V was famous as a ‘warrior’ King. He proved himself a brave soldier and despite his short reign, succeeded in making England one of the strongest kingdoms in Europe.

He was perhaps a natural as he fought his first battle as a teenager! Henry V was only 14 when he fought with his father at the Battle of Shrewsbury in 1403.

Henry then went on to command the English army against the Welsh rebels who were led by Owen Glendower and between 1403 and 1408, the young Prince Henry, along with his English army, won a number of victories over the rebels.

Henry was obviously a strong-minded boy. During his teens, he had many disagreements with his father, Henry IV, as the young prince was determined to increase the power of the English throne.

As soon as he became King himself, he put his plans and ambitions into action. Henry V had only been King for two years when he began to set his sights on France.

In 1415, determined to reclaim the French crown, Henry and his army set sail to France. But England were the underdogs. The English had about 8,000 knights, archers and soldiers – the French had about 30,000. To make matters worse, the English army had little food, many felt ill, some had never been to battle and they had marched about 350 kilometres. But the English army secured themselves a good position – with a forest on either side of them and against all odds they won the Battle of Agincourt on 25 October 1415. During the battle around 6,000 French soldiers were killed, and one third of the French nobility was either killed or captured.

Henry V carried on his war with France and conquered even more land. Finally, in 1420, the King of France, Charles VI, signed the Treaty of Troyes, which recognised Henry V as heir to the throne of France.

Henry V also then married Catherine, the daughter of the King of France, securing his position even further. Unfortunately he died just two years later aged only 35, just weeks before he would have become King of France!

But the fact that Henry V died early, at a time when he was very much in charge, meant he would be remembered well.

Best children's books about Henry V and the Battle of Agincourt 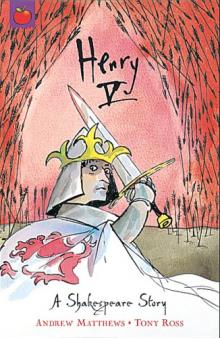 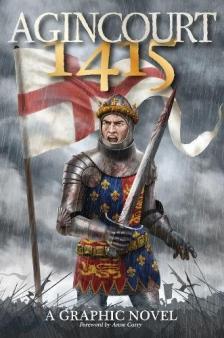 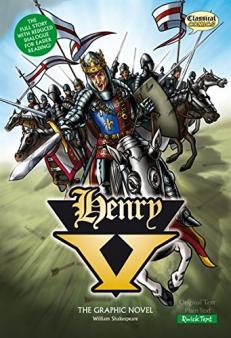