Roman Britain and the Roman Empire

What was the Roman Empire?

The ancient Romans were based in Rome in Italy, but they ruled over land that stretched far beyond the borders of Rome. This was called the Roman Empire, and it covered large parts of land all around the Mediterranean Sea – and even part of Great Britain.

The Romans got this land mostly by fighting battles with other groups of people, like the Celts in Britain – when the Romans won, they’d get more territory to add to the Empire. This meant that Roman culture had a huge influence on other cultures, and it’s why finding Roman artefacts (like coins), and ruins of Roman walls and buildings (like Hadrian’s Wall) is so common in the British Isles today.

Before it was ruled by emperors, Rome was a republic and ruled by the senate along with two consuls leading.

Roman emperors ruled for their entire lives, but their succession didn't work like kings in a monarchy – someone in their family wasn’t guaranteed to be the next emperor. The senate was still around even though Rome wasn’t really a republic anymore, and if they or the Roman military didn’t like the next person in line then they’d find someone else to be emperor instead.

The people running things in Britain when the Roman armies invaded in 43 AD were the Iron Age Celts. Determined to take over the lands Julius Caesar had tried to conquer almost a hundred years before, the Roman emperor Cladius began the conquest of Britain by landing on the southeast coast and gradually laying siege to more and more hillforts where the Britons, people who belonged to different Celtic tribes, lived.

Some Celts accepted the fact that the Romans were in the land they called Britannia to stay, but others still tried to fight to get them to leave. In 60 AD there was a significant uprising, led by Queen Boudica of the Iceni tribe in East Anglia. Although the Britons were initially successful and destroyed Colchester, the Roman capital, they were defeated in 61 AD.

The Romans advanced into Wales and Scotland under the command of a governor called Agricola, but withdrew from Scotland after his death in 84 AD. In 122 AD the Roman emperor Hadrian decided to build a frontier wall to keep the northern tribes from attacking and protect Roman Britain. Hadrian's Wall was the largest structure in the Roman emore and stretched for 75 miles (120km) across the north of England, between the rivers Tyne and Solway.The Wall marked the official border between the Roman empire and the tribes who lived in Caledonia (Scotland).

The key to the Romans' invasion of Britain was the strength of their army, the largest and most powerful military force of its day.

This is how Roman armies were divided up and organised:

Soldiers fought with both their weapons (swords, spears and javelins) and with their shield, which was called a scutum. They’d hold up their scutum to defend themselves in battle, or they’d join with other soldiers to form one big shield if they wanted to advance. Soldiers on the inside of the group held their scutum up over their head, while the soldiers on the outside of the group held their scutum out to form a ring. This formation was called the testudo, which is the Latin word for tortoise. Nothing was going to get past that!

After Roman rule was established in Britain, the Roman army began to act as a peacekeeping force and the Romans brought their customs and culture to their new lands.

They built towns around England to help them govern it better and keep organised, which the Celts didn’t really have before. The largest one was London, which they called Londinium; by the end of the first century London had become one of the great cities of the Roman empire. Other large towns were Colchester, St. Albans and Aquae Sulis (now Bath).

Roman towns were all laid out in the same way – each had straight streets shaped in a grid pattern, with buildings like a public bath house, temple, aqueducts and an amphitheatre. They also had forums, which were big open squares where people could set up stalls to sell things. A lot of these features were in Rome, so having them in these new towns in England helped the Romans feel more at home.

Roads were also and important part of Roman life (have you ever heard the saying, "All roads lead to Rome!"?). Around 2000 miles (or 3200 km) of paved roads running between towns or cities were constructed in Britain by the Romans.

The Roman emperors were a mixed group of some good rulers, and some very bad rulers. But whether the emperors were good or bad, things worked out pretty well for the Roman Empire during its first 200 years – this was called the Pax Romana (‘Roman peace’) and was a time of great prosperity.

Britain was part of the Western Empire, but the Romans left it in 410 AD, well before the end of the Western Empire. This was because the soldiers and leaders who ruled Britain were needed to defend other parts of the Empire. All of the roads, buildings, coins, forts and other things that the Romans had created in Britain were left, which is why we can find so many things from the Roman period around England and Wales today.

Hannibal (247-183 BC) – Hannibal was a military leader from Carthage, who fought against the Romans in the Punic Wars. He is known for bringing an army of soldiers and elephants over the Pyrenees Mountains and the Alps into northern Italy, which at first was successful in fighting against Rome. The Roman military eventually worked out how to beat Hannibal’s army and won, but Hannibal’s tactics are still thought to be pretty impressive today.

Augustus (63 BC-14 AD) – Augustus was the first emperor of Rome. After Julius Caesar died, Augustus formed a new government with Marc Antony and Marcus Lepidus – a triumvirate. It fell apart about 10 years later though, with Augustus the only one left to rule. He worked out new laws that formed the Roman Empire, which was then governed by one person for their lifetime.

Claudius (10 BC-54 AD) – Claudius was the fourth Roman emperor. The invasion of Britain happened while he was Emperor, and he was responsible for building new roads and aqueducts across other parts of the Empire.

Nero (37-68 AD) – Nero became the Roman emperor after Claudius. He spent a lot of money building theatres and having athletic competitions, and he became pretty unpredictable. If he thought someone was threatening his power, he’d usually have them killed. He was emperor during the Great Fire of Rome, and some people thought he started it himself so he’d have room to build a new palace. Whether or not that’s true, the Roman senate became more and more frustrated with him and told him he was going to be arrested and put to death. Rather than have that happen, Nero killed himself.

Hadrian (76-138 AD) – Hadrian was the 14th Roman emperor, and ruled during a very successful time for Roman Britain. He is known for having a wall built along the border of England and Scotland (Hadrian’s Wall) and for rebuilding the Pantheon, a temple to the gods that the Romans believed in. He is also the third in a group of five emperors called ‘the Five Good Emperors’.

Marcus Aurelius (121-180 AD) – Marcus Aurelius was the last Roman emperor of the Pax Romana, and also the last of the ‘Five Good Emperors’. The Roman Empire expanded even further during his reign.

Constantine (272-337 AD) – Constantine the Great was proclaimed emperor in York. He was the first emperor who was also a Christian, and he tried to unify the Roman Empire again after it had been split into the East and West. He moved the capital from Rome to a new city which he called Byzantium, later called Constantinople after him. Today, it is called Istanbul, which is the largest city in Turkey.

Best children's books about Roman Britain and the Roman Empire 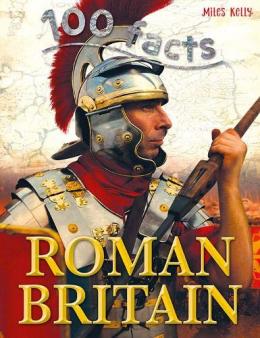 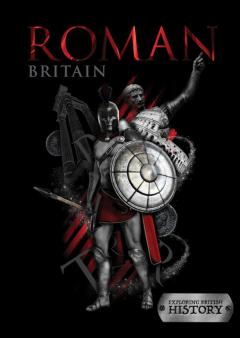 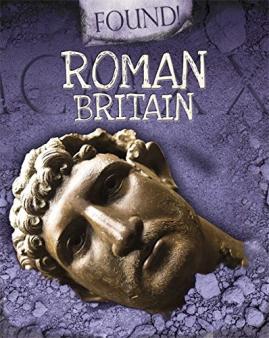 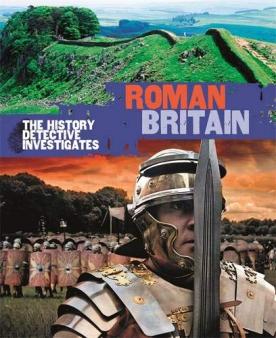 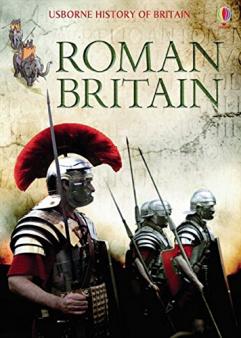 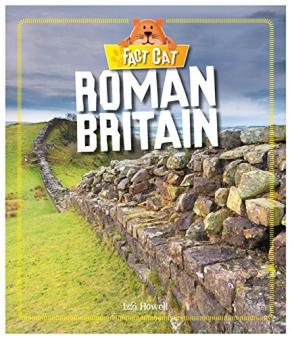 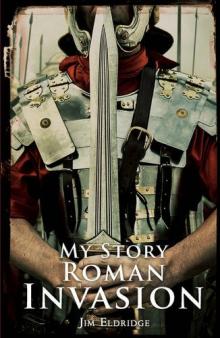 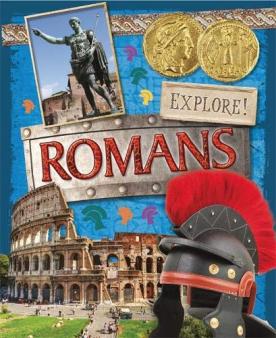 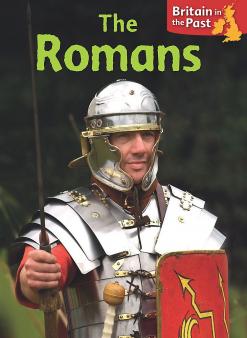 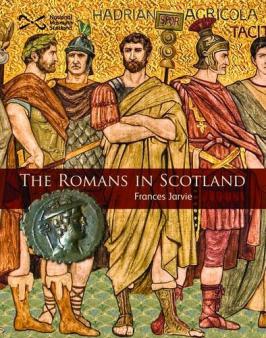 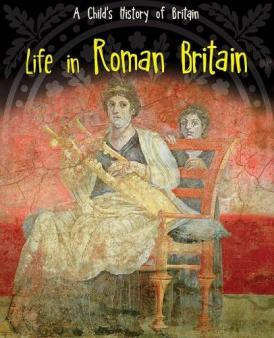 Find out more about Roman Britain

Win a Batman Vs Joker Micro Scalextric set and a DeLorean model!

Zoom through the streets of Gotham City with this awesome Batman vs Joker Race Set from the Scalextric range. Enter for a chance to win the set and a bonus DeLorean model worth over £100 (rrp)
Win 1 of 2 sets of BuddyPhones® Play+ headphones from ONANOFF