The United States of America

The USA (United States of America) is a rich and powerful country in the continent of North America. It is made up of 50 smaller states and the capital city is Washington DC.

America has borders with Canada to its north and borders Mexico and the Gulf of Mexico to the south. Alaska is situated in the extreme north west of America; because the islands of Hawaii are also part of the USA, the country extends into the Pacific Ocean too.

The United States of America (USA or US) is a diverse, multi-cultural country; its economy is the largest in the world.

2. The currency is the US dollar. 'In God We Trust' (which is printed on dollar bills) is considered the national motto of America.

3. The United States is such a large country that it has many different climates and even three different time zones!

4. The US is home to spectacular landscapes, from snowy mountains to arid deserts, huge forests and vast grasslands.

5. The main religion is Christianity. After English, Spanish is the most-spoken language.

6. Native Americans, the first people to live in North America, crossed from Asia at least 10,000 years ago.

7. The United States of America was established as a country on July 4, 1776, when the Declaration of Independence was issued.

8. The first state in the USA was Delaware (ratified in 1787); the last was Hawaii, which became the fiftieth state in 1959.

9. Silicon Valley in California is the centre of the world's computer industry.

10. Baseball, American football, basketball and ice hockey are the most popular sports to watch (and play!).

The border that separates Mexico from the United States of America is the busiest international boundary in the world – around 350 million people cross it (legally) every year. The world's longest land border is the one between the USA and Canada.

Alaska is the country’s most western and most eastern state, as islands in Alaska’s Aleutian chain extend out into the Eastern Hemisphere.

Manhattan, the most crowded of New York City’s five boroughs, is so cramped that it has over 200 zip (postal) codes. Skyscrapers like the Empire State Building and the Chrysler are so large that they have their own zip code!

New York City's famous Statue of Liberty was originally given to America by France.

The White House in Washington DC has been home to every American president except George Washington.

The Smithsonian National Air and Space Museum in Washington DC is the most-visited museum in the USA, with 9 million visitors a year.

At Mount Rushmore in South Dakota the heads of four American presidents (George Washington, Thomas Jefferson, Theodore Roosevelt and Abraham Lincoln) are carved into the rock. Each head is 18 metres tall!

Death Valley, a desert in California, is the hottest place in the United States. The temperature there has reached 57oC.

Yellowstone National Park, established in 1827, is the oldest national park in the world.

In 2016 the bison become the first national mammal of the US. The bald eagle has been the emblem of the nation since 1782 but the two animals will both be symbols of the USA.

The Mississippi is the longest river in North America and the third-largest in the world.

The Great Lakes in the American Midwest contain one fifth of the Earth's fresh water – but the Great Salt Lake in Utah is saltier than the sea!

About 3 billion pizzas are sold every year in the USA.

The United States of America is the fourth largest country in the world, but ranks third for population size. Each part of the country – the northeast, south, Midwest, southeast and western regions – has its own traditions, customs and landscapes, from the frozen north of Alaska to the desert south in Arizona, New Mexico and Texas.

America's huge land is made up of many cities, suburbs and smaller towns. Big cities can be found in every state and each state will often have its own unique landmarks, foods, celebrations and dialects. American landscapes include fertile farmlands, coastal plains, prairie grasslands (the Great Plains) and lakes, mountain ranges, deserts and canyons.

The US has a long industrial heritage. Manufacturing, farming, commerce and tourism are vital to the economy, and New York City is the world's main financial centre.

Hollywood in California is the movie centre of the world and has been since the late 1800s. The first motion picture studio was built in Hollywood in 1919 and the area is still a world leader in film-making today.

The people of America are very diverse and include Native Americans, people of European origin, Latin American origin, African Americans and Cajuns (French-Canadians). There is no wider range of racial, ethnic, and cultural heritage in any other country in the world.

The USA is home to many different animal species, from polar bears in the frozen north and eagles and pumas in the mountains to alligators in the swamps of Florida in the south. The grassy plains of the Midwest used to be home to millions of buffalo or bison; most of them now live in national parks where they are protected from hunting.

There is huge diversity in the plants that grow in the USA, too – in the northeastern US maple trees (source of delicious maple syrup!) grow, in the deserts of the south west cactuses are common and on the northwest coast there are giant redwood trees, the tallest trees in the world. The farmland in the Midwest generates more wheat and maize than anywhere else in the world. The West is home to huge cattle ranches where livestock is raised.

The first people to live in North America were Native Americans. In the 17th century European settlers arrived in America. The American War of Independence, or Revolutionary War, led to the birth of the United States. The 4th July, Independence Day, is a hugely important national holiday in America, when Americans celebrate their independence from Great Britain and the birth of their nation.

The first Thanksgiving took place in 1621, when the Pilgrims (settlers from Europe) and the Native Americans met to celebrate a successful harvest. Today Thanksgiving is a very important American family holiday, when people gather to share a meal and give thanks for their blessings.

During the Civil War American states fought against each other. Before the Civil War, cotton in the southeastern states was the main crop and it was picked by slaves. Slavery was abolished in the United States in 1865.

In the 20th century the USA established itself as one of the world's most powerful nations, playing an important role in WWI, WWII and in world events since 1945.

In the 1960s Martin Luther King Jr was the main leader of the Civil Rights movement, demanding justice for African Americans.

Music is a huge part of American culture. Jazz is a traditional American style of music, influenced by African music and culture. Other forms of music which originated in the US but are popular around the world include gospel, country and western, rap, rock and roll, bluegrass and rhythm and blues.

America has become famous for its "junk food" including burgers, fries and soda pop (known as fizzy drinks in the UK). American people also love pizza, Mexican and Chinese food, brought to the USA by the immigrants who make up modern American culture.

Play some US-state themed games (each state has a state flower, a state bird, a state tree and a state motto to know!)

Watch Liberty's Kids, a cartoon series about US history, on YouTube

Learn more about jazz, an American form of music which is enjoyed all around the world

Make your own paper model of the Statue of Liberty

Kids' books about the United States of America 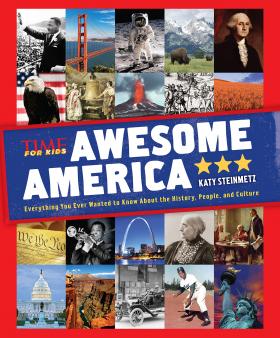 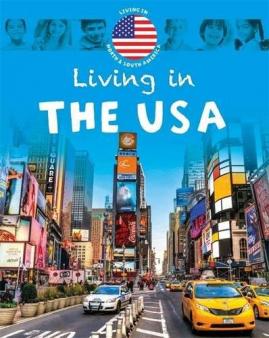 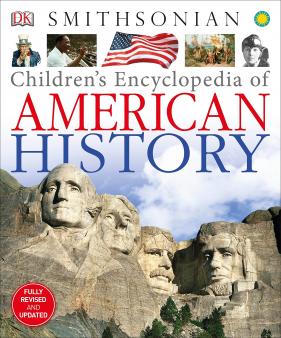 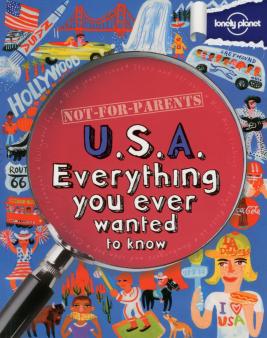 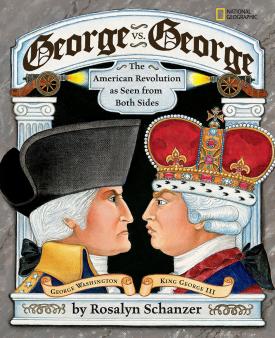 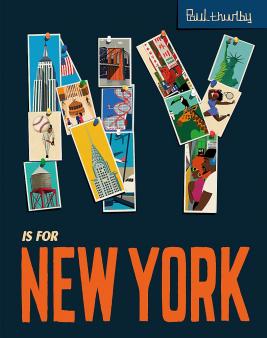 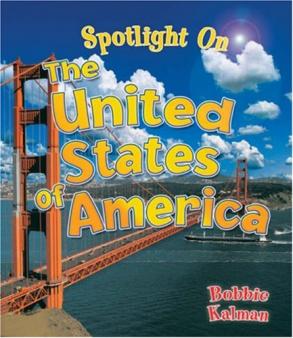 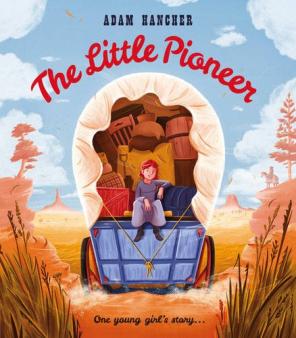 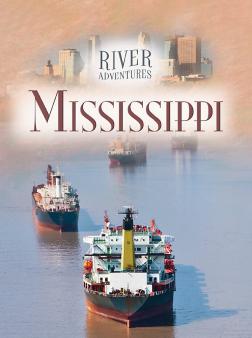 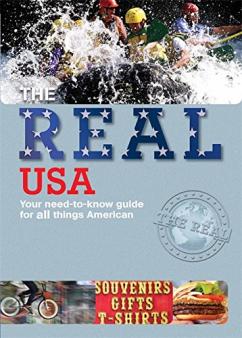 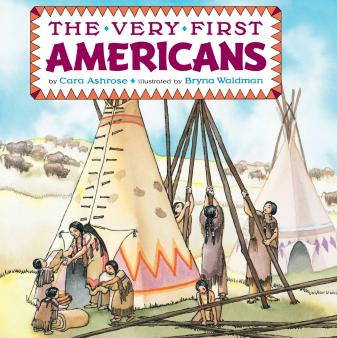 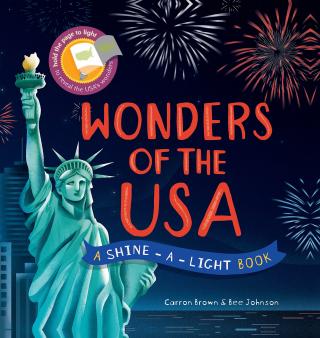 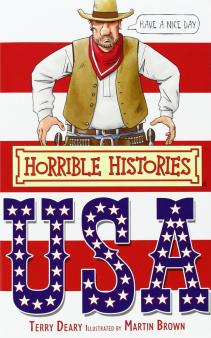 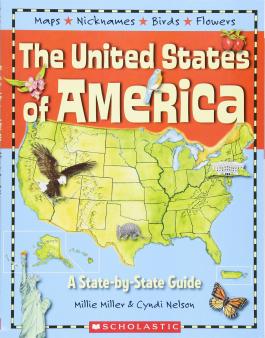 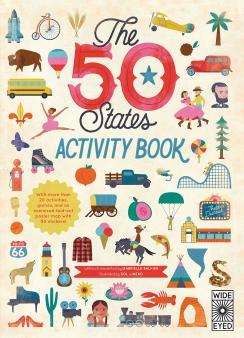 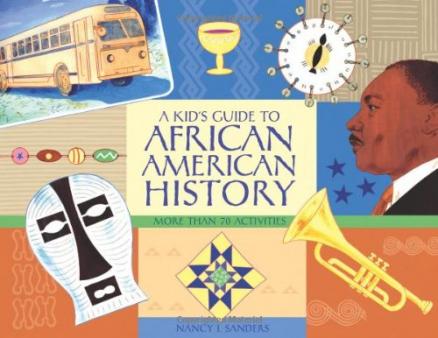 The Lonely Planet USA portal has links to videos, destination guides and more

Understand more about US elections, branches of government and more with a kids' website about government in the USA, Ben's Guide

Find out more about the 50 US states: learn the name and location of each state and its capital and locate it on an interactive map, draw the state flags and play US-state games, build collages and more

A huge, interactive guide to North American plants and animals

The Liberty Bell, the Star-Spangled Banner, the Statue of Liberty and the Pledge of Allegiance are all symbols of the USA: find out why

Discover some of America's favourite pastimes, sports and hobbies (baseball, music and quilting) and find out more about America's culture

Learn more about famous American inventors, politicians, performers and activists on a Library of Congress website for kids

Read the story of the creation of the USA's first iconic flag, the Star-Spangled Banner

Read kids' fiction about black history and find out more about slavery and the Underground Railround, the American Civil War in the 1860s and the Civil Rights movement in the 1960s

See inside the White House, one of the most famous buildings in the world

Understand more about September 11, 2001 and how the events of 9/11 shaped modern American history

The interactive map on the Visit USA site offers facts, ideas and videos about each area

See lots of photographs of American destinations on the GoUSA website

See the Statue of Liberty up close (and online!)