The country of Wales is part of the United Kingdom along with England, Scotland and Northern Ireland.

Cymru, the Welsh name for the country, is bordered by England to the east, the Irish Sea to the north, St George’s Channel to the west and the Bristol Channel to the south. It is a country famous for its hills and mountains with Mount Snowdon being the highest and most well-known peak.

Wales has its own language and its capital city is Cardiff.

1. Wales is surrounded by the sea on three sides.

3. Wales has a population of just over 3 million people.

4. As in Northern Ireland and Scotland, Wales has its own devolved government – the National Assembly for Wales – which governs many aspects of Welsh life including health and education. In other matters (taxation, foreign policy, criminal law) Wales is governed by the UK-wide parliament based in London.

5. The Welsh language (Cymraeg) is the oldest language in Britain; it could be up to 4,000 years old.

6. The longest and fastest zip wire rides in Europe are in Bethesda, North Wales.

7. The Mabinogion is a collection of Welsh traditional stories that's over 1000 years old! It features dragons, giants, enchanted trees and brave heroes and heroines.

8. The Welsh national game is rugby.

9. After many battles to maintain independence, Wales was annexed by the English in the thirteenth century and politically united with England under the Tudor monarchs.

The Clwyd, Conwy, Taff and Usk are some of the rivers found in Wales.

The climate of Wales is mild and damp and the more mountainous regions have a high rainfall.

The Welsh are descendants of the ancient inhabitants of Britain, known as Celts.

Nearly a quarter of the population can speak Welsh. Most Welsh speakers live in the north and southwest. There is a real effort to preserve the Welsh language; the Welsh-language television station, SC4, broadcasts in Wales, and there are around 450 Welsh-medium primary schools (25 per cent of Year 2 children are taught in Welsh as their main language).

People like to sing in Wales! There is a strong tradition of choral singing in the country and many famous singers like Tom Jones and Charlotte Church were born there.

Wales has lots of unique traditions for the Christmas and New Year period: at Noson Gyflaith (Taffy or Toffee Evening) on Christmas Eve a special kind of toffee is made and pulled; on Christmas Day some Welsh communities attend a plygain carol service at the parish church between 3am and 6am! At New Year another Welsh tradition survives in some communities: children go door to door to collect Calennig, New Year's Day gifts.

Wales is a country famous for its hills, mountains and mild, damp climate... it rains a lot in Wales!

It has a population of just over three million people but there are nearly three times as many sheep and lambs in Wales as there are people!

Some of the many famous people who come from Wales include Sir Anthony Hopkins, Tom Jones, Shirley Bassey, Charlotte Church and Gareth Bale.

The Welsh flag has a green and white background with a red dragon. Along with Bhutan and Malta, it is only one of three countries that has a dragon on their national flag. Wales is the only country in the United Kingdom not to be represented on the Union Jack.

Saint David (known as Dewi Sant in Wales) was a Welsh Bishop during the 6th century. He was later made a saint and became the Patron Saint of Wales. On St. David's Day, 1 March, people in Wales celebrate the life of their patron saint. Celebrations include concerts, parades and food festivals. You can visit Saint David’s place of birth, St David’s (or Tyddewi in Welsh); it is the smallest city in the United Kingdom.

In the past, Wales was very famous for its coal mining industry.

Tourism is very important to Wales and the country attracts many visitors every year. Wales has five areas of outstanding natural beauty – Clwydian Range, Llyn Peninsula, Wye Valley, Gower Peninsula and the Isle of Anglesey. There are three national parks in Wales: Snowdonia, the Brecon Beacons and the Pembrokeshire Coast. They are all popular for camping, walking and climbing holidays.

The daffodil is Wales’ national flower but the leek is also a national symbol.

Llanfairpwllgwyngyllgogerychwyrndrobwyllllantysiliogogogoch is a town in North Wales and has the longest place name in the world. it means St Mary's Church in the hallow of the white hazel near a rapid whirlpool and the Church of St Tysilio of the red cave.

If you’re a fan of castles, Wales is the place to go. With a total of 600, Wales has more castles per square mile than any other country in the world!

Rugby is the national sport in Wales and the national team play their home games at the Millennium Stadium in Cardiff.

Welsh cakes are traditional in Wales. Made from flour, sultanas, raisins, and possibly currants, as well as spices such as cinnamon and nutmeg, they are rather like a kind of flat scone and are served hot or cold, dusted with caster sugar.

The Royal Mint's headquarters is found in Llantrisant, South Wales. It makes an impressive five billion coins a year!

Prince Charles is the current Prince of Wales. The title can only be given to the eldest son of a British sovereign (king or queen), in other words the person who will succeed to the throne of Great Britain. Prince Charles was given the title in 1958 when he was just ten years old. He is the 21st Prince of Wales since King Edward I gave the title to his own son.

One of the oldest traditions in Wales, the Mari Lwyd is a midwinter "good luck" tradition that takes place any time between December and January. The Mari Lwyd is a white horse’s skull, decorated with coloured ribbons and bells, draped in white and attached to a long pole. The Mari Lwyd moves around Welsh villages from door to door and tries to "bite" innocent people, challening them to a Welsh poetry competition called the pwnco!

Get crafting for St David's Day and make a daffodil magnet, a dragon collage and sock puppet and a lovespoon

Make your own Welsh dragon, or colour in a Welsh flag

Practise Welsh language skills with Penigamp, a KS2 game for children whose second language is Welsh

Make a paper 3D daffodil or some Welsh pompom sheep

An eisteddfod is a festival of music, literature and performance in Wales; the National Eisteddfod takes place every year

Can you spot the difference between Welsh myths and Welsh truths? Take an online quiz to find out!

Watch animated Welsh myths (you can listen to the stories in English or Welsh!)

Cook some traditional Welsh foods, including bara brith (a rich fruit loaf), Welsh rarebit (a kind of cheese on toast), Welsh cakes and Swansea breakfast (seafood and laverbred, a kind of seaweed). You could even bake Welsh clay-pot bread in a flower pot!

Books about Wales for children 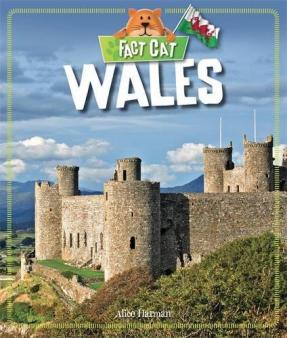 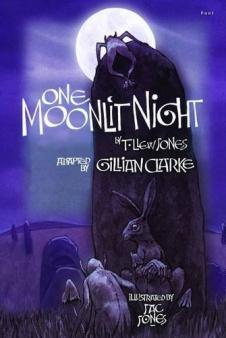 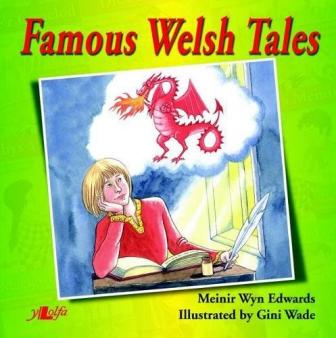 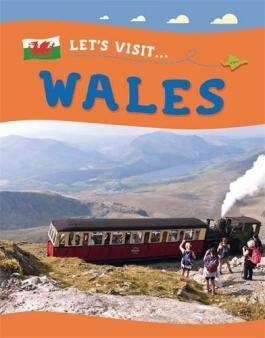 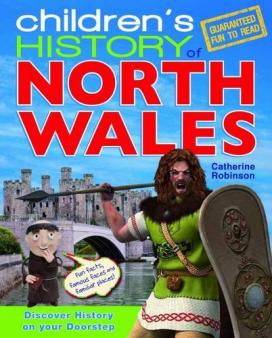 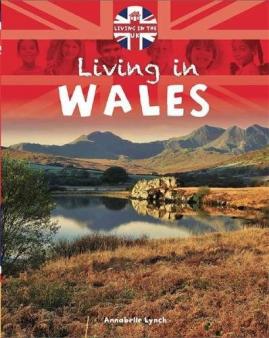 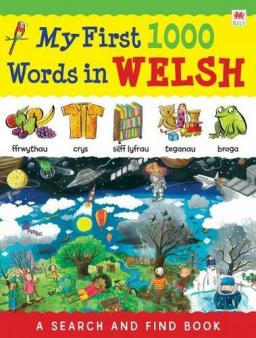 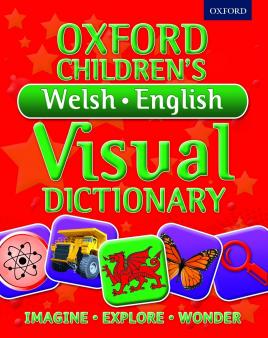 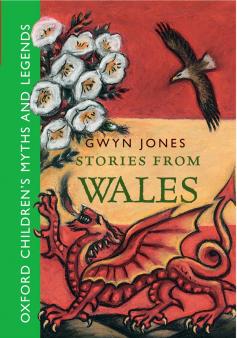 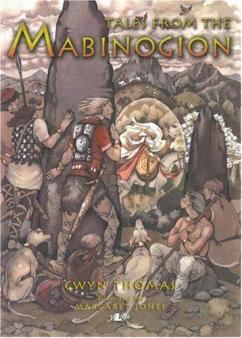 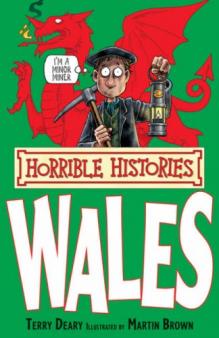 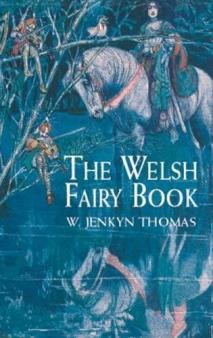 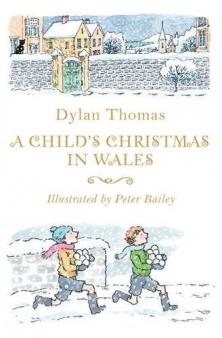 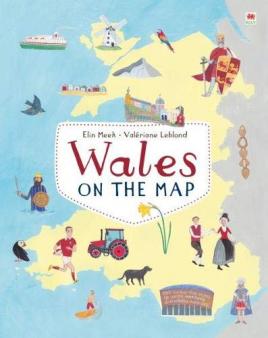 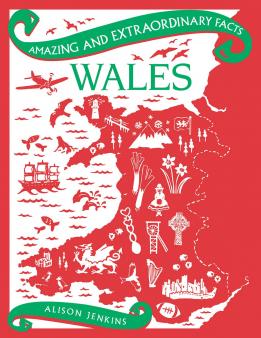 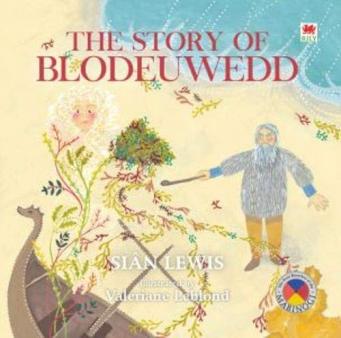 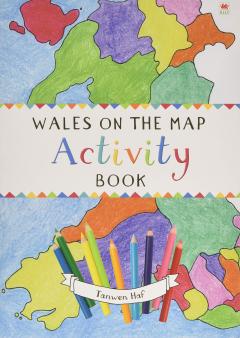 Explore Welsh landscapes, from the coastline to the mountains

Look through a history of Wales in 10 objects

Read about how St David's Day is celebrated in Wales

Find out why national symbols of Wales include the leek, the daffodil, the harp and the Prince of Wales Feathers

Giving lovespoons to celebrate occasions like births, christenings, weddings, anniversaries and retirement is a Welsh tradition that dates back to the 17th century

Watch an animated summary of citizenship and politics in Wales, created by the BBC

Find out about castle-building in Wales

Read more about Noson Gyflaith, the Welsh Christmas Eve Toffee Evening, and try the recipe yourself. Find out more about other Welsh Christmas and New Year traditions like the plygain carol service and the Calennig, New Year's Day gifts, too.

Take a virtual tour of The Senedd, the main public building of the National Assembly

Visit some of the castles in Wales, the "castle capital of the world"

Outdoor (and underground!) sports are on offer at Zip World Slate Caverns, where you'll find the longest zip line in Europe (and the fastest in the world!)

Snowdon, the highest mountain in Wales and England, is 1085 metres tall