How to raise a confident child

Help your child grow in confidence and self-esteem with these practical tips.
Login or Register to add to your saved resources

We parents all hope for many things for our children. We want them to do well academically, and to find a successful and fulfilling career. We want them to be happy and to develop good friendships.

One thing that all of these life goals require is confidence. ‘In my opinion, there’s nothing more important than having the confidence to face new and testing situations, the resilience to tackle challenges and the courage to succeed,’ says Annette Du Bois, co-founder of CHAMPS Academy, the number one confidence and life coaching club for children and teenagers.

‘It’s not about being outgoing or having a likeable personality; rather, it’s a belief in yourself. It’s something you are, not something you do.’

Confidence doesn’t come easily to many kids, and even those who are naturally confident can have their self-esteem dented by the pressures of growing up.

‘This can happen for many reasons: for example, if a teacher makes an insensitive comment about their ability, or if they’re struggling with social media and comparing themselves unfavourably with other people, or if they’re worrying about exams like SATs or the 11+,’ Annette says.

‘We’re even seeing young children in Years 3, 4, and 5 not wanting to do PE because they’re afraid to get changed in front of their classmates.’

Girls in particular seem vulnerable to having their confidence knocked.

‘Our research shows that girls’ confidence declines by 30% between the ages of eight and 14, and it never fully recovers,’ says Katty Kay, co-author of The Confidence Code for Girls (HarperCollins, £10.99).

How to build your child’s confidence

Whether you’re raising a boy or a girl, there are plenty of ways to develop their confidence and give them the resilience and practical skills to face challenges.

Some are quick fixes for an instant boost, while others require a change of thinking, but all of them are well worth trying if your child needs an infusion of confidence.

One of the best instant confidence tricks is to encourage your child to change their body language, says Annette.

‘When we’re feeling low, we tend to look down, slump our shoulders and feel heavy and lacking energy,’ she explains.

‘If you can change your body language by standing straight, pulling your shoulders back, looking up and putting a smile on your face, you start feeling better in an instant.’

Annette suggests that when your child is feeling down, you ask them to rate their mood on a scale of one (lowest) to 10 (highest).

Then get them to imagine something really exciting is happening, like their birthday, and change their body language accordingly. Get them to reflect on how they feel more positive and energetic, and to rate their mood again: it should be nearer a 10.

We’re not talking about your child playing chicken on a fast-moving road, but about getting them to push themselves beyond what they’re comfortable with – whether that’s raising their hand in class or joining a new after-school club.

‘We grow our confidence by getting out of our comfort zone and trying things that are new and hard,’ says Katty.

‘This comes with stumbles and setbacks, but they can be used to build up confidence as children see that failure happens to everyone.

‘Sticking in their comfort zone and not taking risks can actually dent your child’s confidence, as they don’t get to test their full ability and see what they can achieve.’

Language is a powerful tool, so it’s important to be conscious of how you communicate with your child.

You may intend to be reassuring when you say, ‘Don’t worry, I know you find maths hard,’ or, ‘That homework looks impossible!’ but actually, they’ll internalise these beliefs and develop a defeatist attitude.

‘We need to coach children to understand the power of words, and replace negative statements with positive wherever possible,’ Annette says.

Saying, ‘Let’s look at this together – I bet we can work it out’ will do far more for your child’s confidence than saying, ‘Just tell your teacher it was too hard.’

4. Put on the clothes of confidence

This is a great trick to use when your child is feeling frightened, anxious or emotional, particularly about a new situation.

‘Encourage them to see their school uniform (or whatever they’re dressing in) as their “clothes of confidence,”’ suggests Annette.

‘They’re not getting dressed in their uniform: they’re putting on their cardigan of courage and their socks of strength.’

This can help them feel like they have a protective armour, and can have a transformative effect on their attitude and mood.

5. Be a confidence role model

‘We need to show our kids that failure is part of life – it’s not a disaster,’ says Katty.

‘You can do that by being honest about your own setbacks and struggles. If you try to be perfect, that’s the role model you’re giving your kids, and if they don’t achieve 100% they’ll see themselves as a failure, denting their confidence.’

Many of us instinctively encourage our kids to ‘take a few deep breaths’ when they’re feeling stressed, unsure or insecure, and this can really help them feel more in control of a situation.

‘If your child feels like they’re being thrown around on a stormy sea, “belly breathing” acts as the anchor and makes them feel more stable,’ explains Annette.

‘We encourage children to place their hands on their belly and imagine a balloon inflating and deflating as they breathe in and out, focusing on breathing from the abdomen rather than the upper chest.’

‘Under-confident children, and girls in particular, have a tendency to catastrophise: one bad mark in a test at age 11, and suddenly they think they’re never going to get through GCSEs or make it to college,’ explains Katty.

‘It’s important to break that cycle by being clear about the actual downside of a risk: helping them to be realistic usually shows them that the consequence is nowhere near as bad as they think.’

We often tell our children to reach for the stars, but it’s important to be realistic about what they can achieve, and help them set manageable goals.

Try as they might, not every eight-year-old is going to grow up to be a Premiership footballer or the next Blue Peter presenter, and if they set their sights too high, the resulting disappointment can knock their self-esteem.

By all means, encourage them, but help them keep their aims and ambitions in perspective: getting a place on the school football team, for example.

Children are exposed to social media from an increasingly young age, and it’s thought that it’s partly responsible for the rise in mental health problems amongst young people.

‘It’s important to talk about social media and how it presents a skewed perspective on life,’ says Katty. ‘Whether they’re striving for the longest streak on Snapchat or the most followers on Instagram, social media can exacerbate perfectionism, which kills confidence for our kids.’

Children gain confidence from trying things for themselves. Sometimes it goes well first-time round; sometimes they’ll fail and have to try again before they succeed.

It’s the process rather than the result that builds confidence in their own ability, so look for ways to increase their independence in an age-appropriate way.

This could be learning to tie their shoelaces without help, following a recipe independently, or walking to school alone for the first time.

It can be tempting to immerse your child in playdates and extracurricular activities in the hope of drawing them out of their shell.

‘However, this can be detrimental and have the opposite effect, as they don’t have the skills or confidence to cope in these situations,’ Annette explains.

Rather than pushing your child too far, aim for activities that they can manage – a playdate where you stay for coffee, perhaps – and build on these as they become more confident.

12. Stay calm through crises of confidence

If your child has always been a wallflower, or was previously confident but has become more fragile, it’s natural to worry that they’ll never have the ‘oomph’ to succeed in life.

‘It’s important to realise that no child is 100% confident, 100% of the time,’ says Annette. ‘If there’s a change in behaviour, don’t fall into the trap of listing all the things they used to do but now won’t, as this will make them feel like a failure.

‘Instead, listen to how they’re feeling and don’t be too quick to dismiss their thoughts.

‘Showing that you understand what they’re going through is the best way to help them find their feet.’ 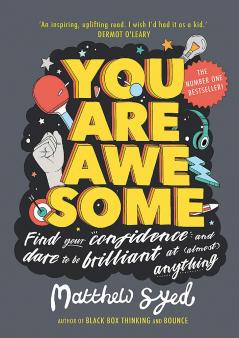 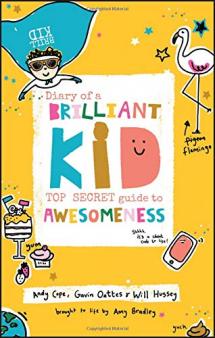 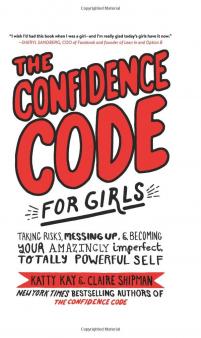 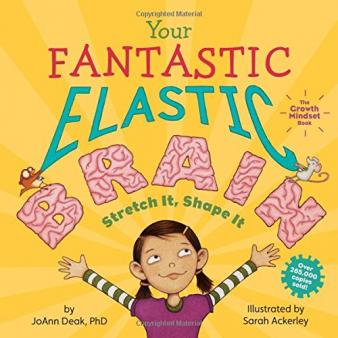