What is a phrase?

A phrase is a small group of words within a clause. We explain how children are taught about clauses as part of the primary-school grammar curriculum and what you need to know to support their learning at home.
Login or Register to add to your saved resources

What is a phrase?

Examples of phrases are: 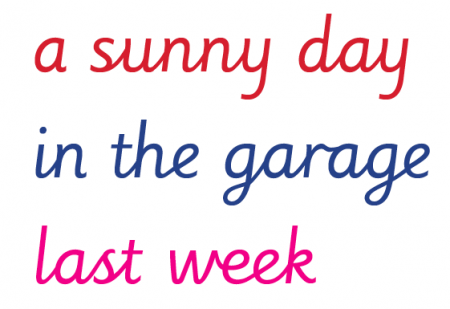 Download Now
There are different types of phrases, for example:

Prepositional phrases
These are phrases that contain a preposition, for example: on the mat, in the morning, under the chair, during the film.

Adverbial phrases
An adverbial phrase is built around an adverb and the words that surround it, for example: very slowly, as fast as possible.

What are children taught about phrases at each stage of primary school?

Children are taught to expand their noun phrases in Year 2. They then continue to enrich their writing with the use of adjectives in Year 3 and 4.

In Year 4, they are also taught about prepositional phrases.

What questions should children expect on phrases in the Y6 grammar test?

Children may be asked questions similar to the following in the KS2 SPAG test (part of Y6 SATs):

Answer: The film about otters. 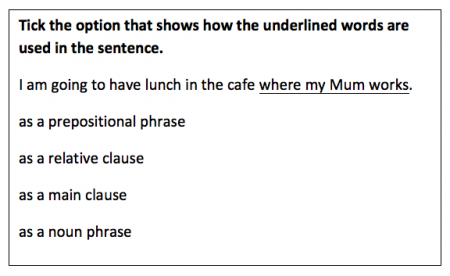 Answer: as a relative clause

This is a very tricky question! It would be easy to think the underlined part of the sentence was a prepositional phrase, as it states where something is happening, but it contains a verb, so it must be a clause. This kind of grammar question demonstrates why teachers will probably spend some time explaining the difference between phrases and clauses in the classroom!

How do teachers teach children about phrases?

Teachers may use some of the following methods to teach noun phrases and prepositional phrases: