Picture books are a fantastic way to develop children’s speaking and listening skills. They also provide a brilliant starting point for children to hypothesise and draw inferences about characters’ thoughts, feelings and actions. Allow time for your child to pore over the illustrations in these beautiful books, make predictions and discuss the story with you.
Login or Register to add to your saved resources 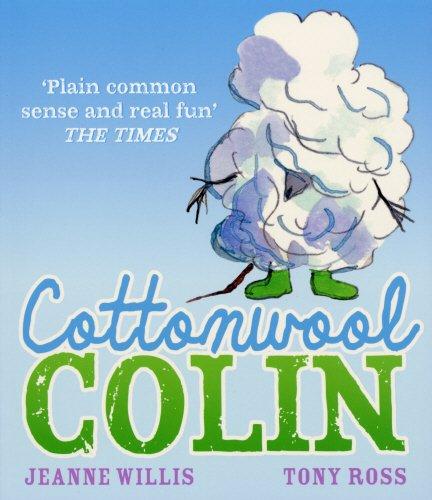 Poor, little Colin the mouse is the smallest mouse…ever! His over protective mother won’t allow him out. Every day he sits inside, watching his brothers and sisters playing. One day, after a suggestion from Grandma, Colin is allowed to venture outside…but only if he is wrapped up in cottonwool! Surely that way he’ll be safe? However, things don’t go quite to plan. He is mistaken for a snowball, thrown into a river, pecked at by ducks and chased by a sly, mean fox. Will Colin survive this exciting, dangerous adventure and will his mother ever let him out again? This is a wonderfully humorous tale about bravery, family, adventure and letting go. Younger children will love seeing how Colin tackles each obstacle along the way and the book will provide an interesting platform to initiate discussions around being safe outdoors. 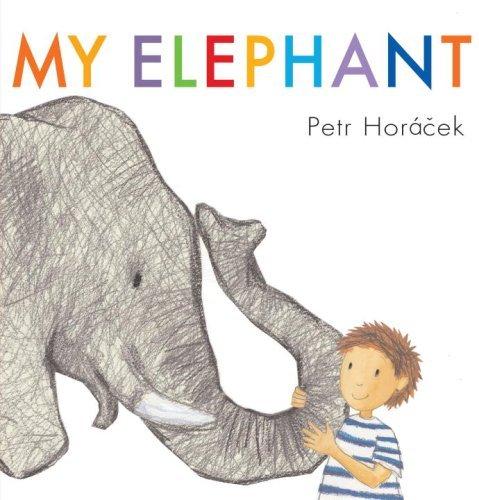 My Elephant by Petr Horáček

A naughty elephant offers countless opportunities for games and mess! This warm, tender book follows a young boy at his grandparents' house. However, they are too busy to play with him. Luckily, the small boy finds an elephant that he can play with. Unluckily, during their games, flowerbeds get crumpled, freshly-baked cakes disappear and chaos ensues. The boy blames his elephant for every mishap but, unsurprisingly, no-one believes him. An elephant in the house? No way! He withdraws to his room. It is here that he discovers an imaginary world full of tropical jungles, striking fish and friendly tigers. There is a happy ending too when granddad finally finishes his chores. Horáček's illustrations are vibrant and the book offers the perfect starting point for discussions about friendship, telling the truth and imagination. We still can’t work out whether the elephant is real or not, but that’s entirely besides the point… 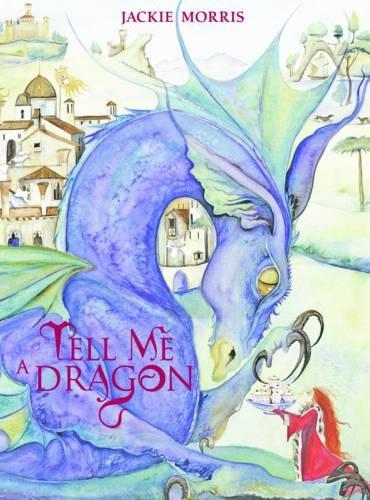 Tell me a dragon by Jackie Morris

Children learn by talking about pictures first and co-constructing narratives and the beautiful, sumptuous, dazzling illustrations in this book will certainly inspire your child. From fire dragons to snow dragons, this atmospheric gallery of dragons is colourful and intricate and will definitely lead to your child wanting to make up, draw and talk about their own dragon! The language is sparse, but breathtakingly lyrical as each owner describes perfectly the character, size and personality of their wonderful dragons. There are dragons that swim to the depths of the ocean and race dolphins, dragons that breathe snowflakes and even a dragon with a tail as long as a river. If you can’t get a dragon of your own, this unusual, fanciful book, full of magic, fantasy and wonder, may just be the next best thing. 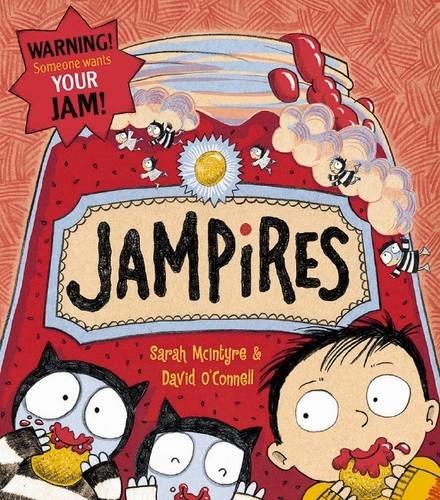 Have you ever bitten into a jam doughnut, only to find that, instead of oozing out, a tiny amount of jam merely trickles out? Imagine poor Sam’s horror when he finds that all the jam has been sucked out of his beloved jam doughnuts! Who would do such a thing? Sam sets off on a spooky adventure to trap and find the culprit. This is a sweet, silly book that is full of fun and mischief. The Jampires are particularly amusing and young children will enjoy visiting the Land of the Jampires, which is made entirely of every sweet treat you could possibly imagine! The illustrations have a cartoon attractiveness to them and the rhyming text ensures that young readers will be whisked along at a frenetic pace on this lively, imaginative whodunit. 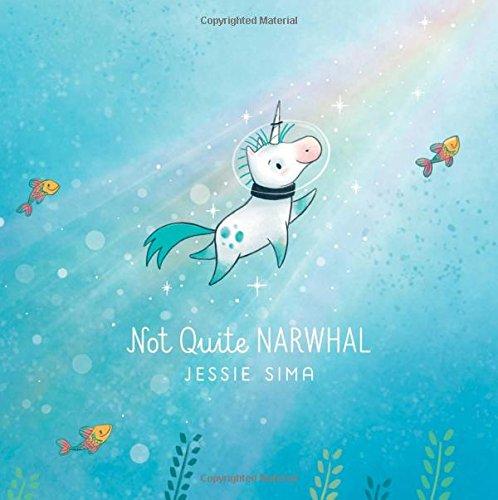 Not quite Narwhal by Jessie Sima

In the tradition of the Ugly Duckling, this delightful debut picture book tells the story of a unicorn who is born under the sea and lives with a family of narwhals. The little unicorn, Kelp, realises early on that he is different to all the other narwhals (the illustration of Kelp tasting squid and prawns for the first time is particularly amusing) but his friends don’t seem to mind. However, one day he is swept away by a strong current and finds a family of skipping, prancing unicorns. Kelp discovers that he too is a unicorn and he now faces a tricky decision: should he stay with his new friends or return to the sea? This is a lovely picture book about family, friendship, being different and making difficult decisions. The text is simple and sweet and the illustrations sparkle and leap off the page. A heart-warming tale that’s sure to delight and amuse! 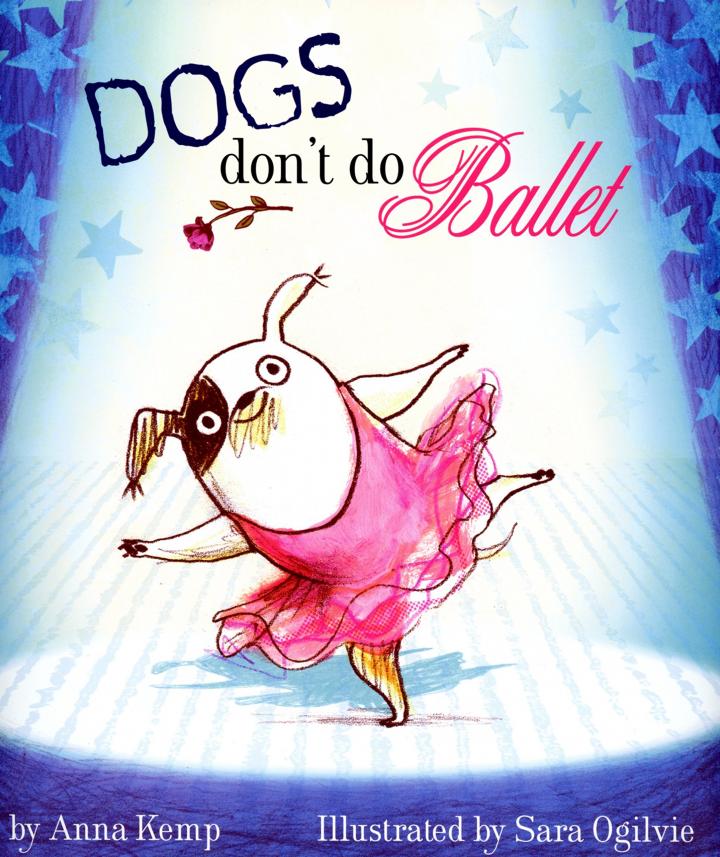 Dogs don't do ballet by Anna Kemp and Sara Ogilvie

Biff the dog isn’t like other dogs. He doesn’t like chasing sticks, scratching at fleas or weeing on lampposts. No Biff has dreams and these dreams involve ballet. Every time his owner puts on her tutu, Biff looks longingly at it, dreaming of his name in lights. But no one will let Biff do ballet because “Dogs don’t do ballet!” After being told time and time again that he is not allowed to dance, poor Biff refuses to eat his doggie-donuts and hides away in his kennel. Finally, a disaster at the Royal Ballet gives Biff the chance to truly stand out and prove that perhaps dogs can do ballet after all! This witty book certainly has the feel-good factor; the illustrations are cheerful and delightfully zany and will have young readers giggling again and again. 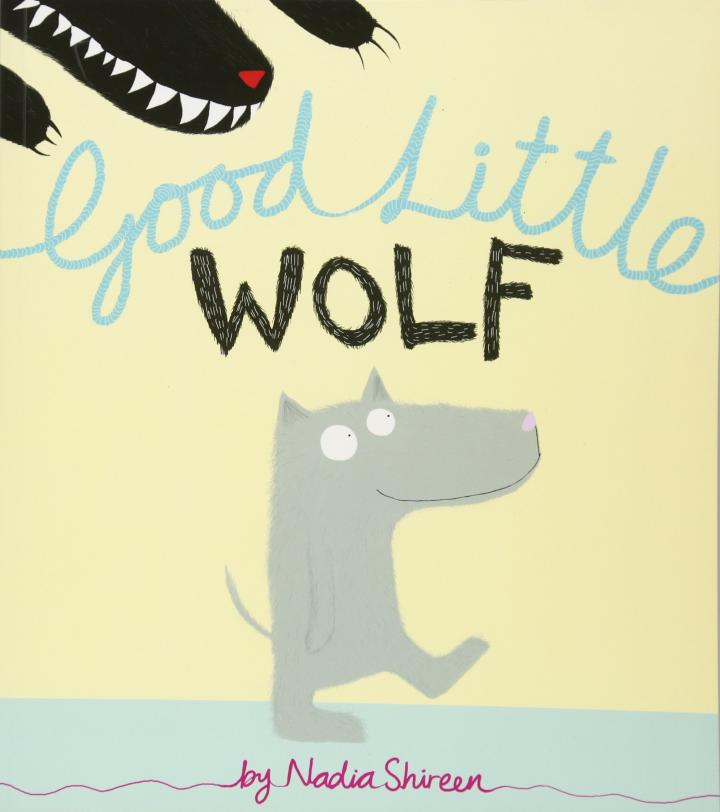 Once upon a time there was a little good wolf called Rolf…This wickedly funny picture book follows Rolf, a charming creation, as he tries (and fails) to howl at the moon, blow the pigs’ houses down and eat granny. Poor Rolf just isn’t interested in any of these things – he likes baking cakes and eating up all his vegetables! Will he ever be a real wolf and can he defeat the Big Bad Wolf when his beloved Mrs Boggins is kidnapped? Youngsters will love the cheeky, friendly character of Rolf and the surprise twist at the end is full of humour and mischief. 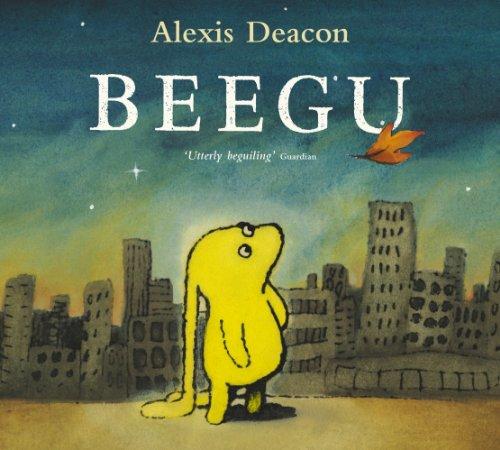 Beegu is a charming, yellow-eared alien who crash lands on Earth. The illustrations and art work present Earth as a grey, lifeless, gloomy place and the story follows Beegu’s wanderings through an, often, unwelcoming planet. This floppy eared alien is desperate to find friends, safety and shelter but is faced with unfriendliness until she finds a forbidding primary school. The children there are accepting and excited by their new friend. When Beegu’s family finally find her and beam her back up to their spaceship, she tells them ‘there were some small ones who seemed hopeful’. This is a warm, simple, poignant and beautifully written story. Readers will be left with the over-riding message that the children of Earth are kind, caring and will offer comfort to anyone and everyone in need. 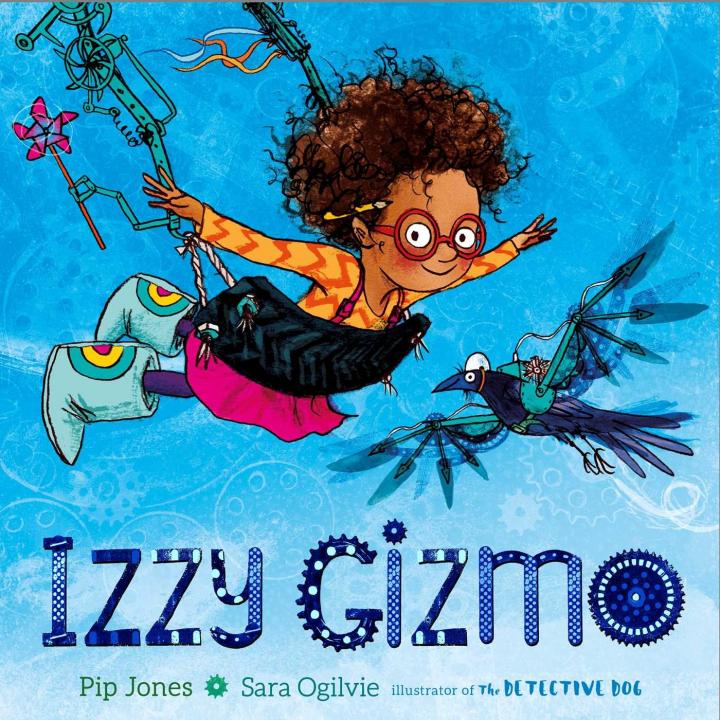 Izzy Gizmo is an inventor with a temper! Her inventions, such as the Tea-Mendous and Swirly-Spagsonic, are certainly marvellous and magnificent…but unfortunately they also malfunction! After another failed invention, Izzy takes a walk in the woods and discovers an injured crow in a feathery jumble. The vet tells her that its wings are too broken to fix but can Izzy invent some new wings? Or is her new friend destined to live on the ground forever, longingly watching the other crows soar and flutter by? This is a delightful, rhyming picture book and Izzy is a feisty, intelligent role model. The opening scenes of mechanical mayhem are particularly well realised through detailed illustrations and there’s a lovely message too about perseverance and working together. Brilliant to read aloud and thoroughly enjoyable! 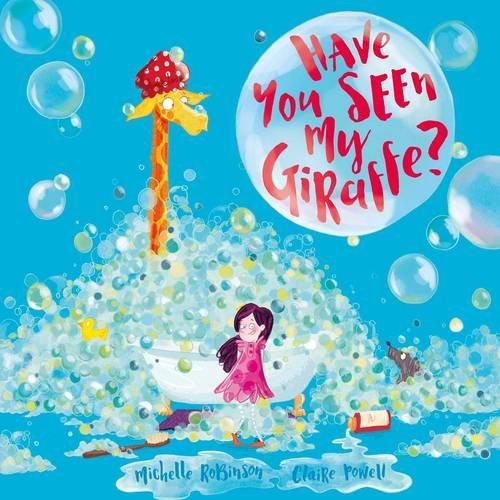 Have you seen my giraffe? by Michelle Robinson and Claire Powell

What do you do when you win a goldfish at the fairground? Well, that’s easy! But what about if you win a giraffe? Hide it – quickly! But how and where? Squish it in the car? Disguise it as a lampshade? Or maybe hide it in the dog’s house? The problem, of course, is that giraffes are big and clumsy and rubbish at hiding! Could there be a way to keep the giraffe and ensure that it is safe and well-looked after? The illustrations in this book are colourful and silly and obviously the whole set up is prosperous and hugely amusing. Children will love the creative chaos and the idea of having their very own pet giraffe. A winner!