Discover how your child will be taught EYFS drama, KS1 drama and KS2 drama and the national curriculum requirements for the teaching of drama.

There are also worksheets to download on how to set out, write, read and perform a play script.

Encourage a love of drama and the stage
Whether your child is a diva in the making or more inclined to be backstage crew, drama and acting could help develop skills that will offer a boost in many areas of life, says Lucy Dimbylow.
Read more

Best children's books about dance, drama and the stage
Does your child love to perform? Do they dream of a life on the stage or on television, dancing or acting or singing? Whether they're hoping to become a ballerina or a pop star or just love reading about actors, dancers and musicians, we've picked some of the best kids' books that celebrate performance and dance.
Read more

What is a play script?
Children learn to read, write and perform play scripts as part of the English and drama curriculum in primary school. Find out about the features of this genre, as well as ways to support your child's learning at home.
Read more
See all Drama articles here ►

Reading and performing a play script
This is a play script about a girl who has moved from Ireland to England and is finding it difficult to settle in at school. Find two other people to act out this play script with you. Make sure you read the stage directions (in brackets and italics) so you know what to do. Put lots of expression into what you are saying – you’re on the stage!
Read more

Setting out a play script correctly
Read this passage of text from a story. Write the speech out as a play script, using the frame to guide you. Remember to include stage directions to show what people are doing.
Read more

Writing a play script
When writing a play script, you need to include the following features: 1. Character’s name on the left 2. Colon : 3. Stage directions in brackets 4. Character’s speech (without speech marks) Look at this example of a play script then continue writing the conversation between Mum and Louise so that we find out what is in the saucepan.
Read more
See all Drama worksheets here ►

Search all Drama worksheets by year

... and instantly access thousands of worksheets, activities and games for your child
Also see: 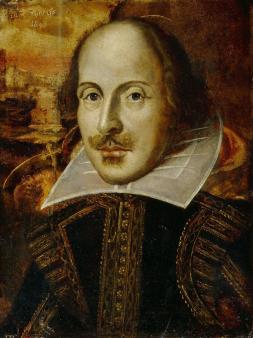 A children's introduction to Shakespeare

Check out the Homework Gnome section of the site to find out all about one of the most famous playwrights of all times, William Shakespeare, look through our selection of best children's Shakespeare books and find out how to introduce children to the Bard's work.