What are friction and resistance?

Friction is a force, the resistance of motion when one object rubs against another.

Whenever two objects rub against each other, they cause friction. Friction works against the motion and acts in the opposite direction. The amount of friction depends on the materials from which the two surfaces are made. The rougher the surface, the more friction is produced. For example, you would have to push a book harder to get it moving on a carpet than you would on a wooden floor. This is because there is more friction between the carpet and the book than there is between the wood and the book.

Friction is sometimes unhelpful. For example, if you don't lubricate your bike regularly with oil, the friction in the chain and axles increases. Your bike will be noisy and difficult to pedal.

When there is a lot of friction between moving parts, energy is lost to the surroundings as heat. Think of what happens when you rub your hands together quickly. The friction warms them up.

When one object is sliding on another it starts to slow down due to friction. This means it loses energy. However, the energy doesn't disappear. It changes from moving energy (also call kinetic energy) to heat energy. This is why we rub our hands together when it’s cold. By rubbing them we generate friction and, therefore, heat. Friction is the resistance of motion when one object rubs against another. Anytime two objects rub against each other, they cause friction. Friction works against the motion and acts in the opposite direction.

In some cases we want to prevent friction so it's easier to move.

Friction is also a great help to us. After all, we would all just be sliding around everywhere if there wasn't friction to keep us steady! Friction is also used in car brakes, when we walk or climb a hill, in sandpaper, making a fire, and more.

Friction has many uses in life. You light a match using friction. As you strike a match, friction creates enough heat to ignite a chemical compound in the match head that then burns the rest of the match head. Car brakes work because of friction. As the brake pads rub against the car’s wheels, the car slows down. Shoes designed for some sports have special soles to use friction to your advantage. Football boots have studs to increase friction by sticking to cracks in the ground. A violinist puts rosin on his bow to increase friction between the bow and the violin strings, therefore producing sound.

However, friction can also be a real nuisance. If a door hinge squeaks, the noise is caused by friction. The moving parts of a car’s engine rub against each other and can stick together, causing the engine to seize and to stop working. Using oil in a car’s engine protects the parts from friction. Cooked foods tend to stick to pans. Teflon on non-stick cookware reduces friction between the food and the pan, causing the food to slide. Competitive swimmers wear specially designed racing suits to reduce the friction between themselves and the water so that they can swim faster. Silicone aerosols, oils, grease and ball bearings are all used to reduce friction.

Words to know for friction and resistance:

Acceleration - the rate at which something increases in velocity or speed
Atmosphere - the mixture of gases that surrounds an astronomical object such as the Earth
Collision - the action of two moving vehicles, ships, aircraft, or other objects hitting each other
Compressed -  to make something smaller by applying pressure or a similar process, or become smaller in this way
Energy - a supply or source of electrical, mechanical, or other form of power
Friction - the rubbing of two objects against each other when one or both are moving
Kinetic - relating to, caused by, or producing motion
Lubricant - a substance, typically oil or grease, applied to a surface to reduce friction between moving parts
Material - the substance used to make things
Molecules - the smallest unit of a substance that can exist
Motion - the act or process of moving, or the way in which somebody or something moves
Rate - the speed at which one measured quantity happens in relation to another measured amount such as time
Resistance - a force that opposes or slows down another force.
Rosin - a hard resin ranging in colour from amber to dark brown. Used for varnishes and other products, to increase friction, e.g. between the bow and strings of some stringed instruments.
Static electricity - a stationary electric charge that builds up on an insulated object such as a  thunder cloud
Streamlined - to design or build something with a smooth shape so that it moves with minimum resistance through air or water
Surface area - a solid flat area

Children's books about friction and resistance 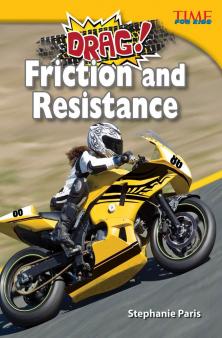 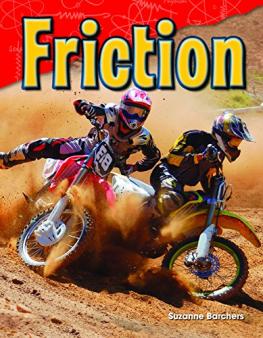 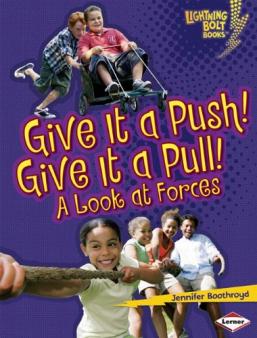 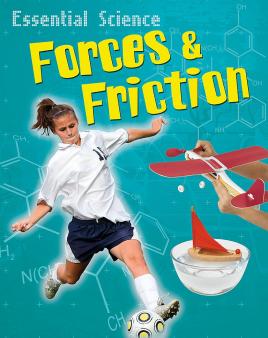 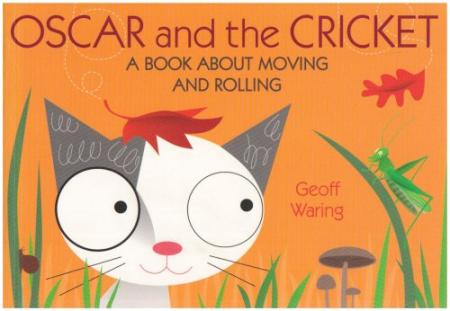 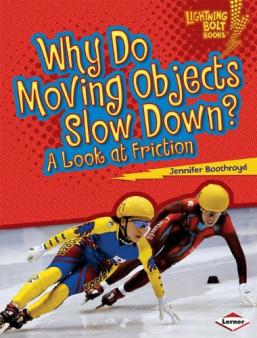 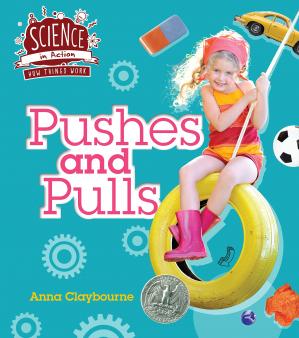 Find out more about friction and resistance: