Settling your child into a new school

It’s natural for both you and your child to be nervous if they’re moving schools, so how can you make things go as smoothly as possible?
Login or Register to add to your saved resources

Starting a new school is a big deal for children, and for many kids, it’s not something that happens just at the beginning of Reception and again when they move to secondary school. Many children face a move to a new school at some stage, whether that’s because of a house move, a switch from an independent to a state school (or vice versa) or a problem at their current school.

The challenges children face when starting a new school can be significant. ‘They’re faced with making new friends and breaking into established social groups, getting to know the physical layout of the school, and stepping into the curriculum and teaching style at the appropriate place,’ explains child psychologist Claire Halsey. ‘There are also other challenges like getting involved in clubs and sports mid-term, when these are usually well established.’

Preparing for the school move

If your child is facing a move to a new school, it’s important to be upfront about the change and not try to hide it from them. ‘Children need to know why they’re moving, and if it’s your decision rather than theirs, to know that they’re not to blame for it,’ Claire says. ‘You need to explain the pros and cons of moving, and listen to what they have to say about it – whether that’s positive or negative.’

Visiting the new school with your child and meeting their teacher and class is vital so they feel somewhat prepared for their first day, but there are other ways to familiarise them with the new environment and the people they’ll be working with. ‘It’s a good idea to look at the school website; most have photos so children can get a sense of what happens at the school, and some even have virtual tours,’ Claire says. ‘You could also go along to school events like fetes or plays to help your child get used to the new setting.’

Another useful strategy is to find out about extracurricular activities at the new school. ‘Let your child look at the timetable to see what’s on, and make a note of clubs and classes that match their interest,’ Claire suggests. After-school clubs can be a good way to make new friends, so if there’s something that takes your child’s fancy, ring the school and see if there’s space for them to join.

It’s also important to make sure your child is practically prepared. ‘Try rehearsing the route to school, not just so your child is familiar with it, but also so you know how long it takes,’ says Claire. ‘There’s nothing worse than feeling rushed or being late on the first day – or being there too early and standing in the playground waiting for everyone else to turn up.’

Make sure your child has all the right kit, too: arriving in a uniform that’s slightly wrong, or with the wrong type of book bag, could add to their feelings of awkwardness on their first day.

Above all, says Claire, be led by your child. ‘Try to balance things so you’re giving them the information they need without overwhelming them,’ she advises. ‘Help them start to imagine a future where they’re engaged in their new school.’

Saying goodbye to the old school

Depending on the circumstances, leaving their old school could be upsetting for your child – or a relief. If they’ve had a great experience there but are being forced to leave by a house move, they’re likely to be sad and possibly angry. But if they’ve been bullied, they might be looking forward to a new start.

‘Either way, it’s important to say goodbye properly,’ Claire says. ‘They can take in cards for their teachers and friends, and make plans to stay in touch, even if it’s electronically rather than in person.’ If they’re leaving at the end of a school year, arrange for your child to see some of their old friends during the holiday if possible, to bridge the gap between the old school and the new one.

If your child has had a bad experience at their current school, you might be tempted to turn your back on it once your child has left, but Claire advises treading carefully. ‘Try not to cut off your child’s old friends before new friendships have been established,’ she says. ‘If you shut the door too firmly behind your child, you might both come to regret it.’

Schools are generally very good at making new starters feel welcome. Approaches will differ from school to school, but they might, for example, ask to see examples of your child’s work or their end of year report from their old school to gauge what level they're working at, or give you some reading books or worksheets to familiarise them with their learning style.

New children will often be paired up with a member of their class, who’s responsible for looking after them, playing with them and showing them around. In fact, in primary schools, new starters often have ‘celebrity status’ among their peers. ‘I was really worried about my daughter making friends, especially as she started her new school in the middle of the year, but the children in her class all flocked to play with her,’ says Laura Mathers, mum to Cara, eight. ‘She was overwhelmed with playdate invitations in her first term.’

To help break the ice, it can be helpful for children to put together an ‘all about me’ book, which could include things like information about themselves, their interests, friends, likes and dislikes. Children from armed forces families, who may face frequent moves, are encouraged to do this in the Ministry of Defence booklet Moving School, but it can be beneficial to any child starting a new school.

When there are problems moving schools

Sadly, moving school isn’t always easy. Some children are firmly attached to their old school and pine for their former life. Others who had a bad time and are optimistic about moving sometimes find that things are little better in the new school. ‘It’s important to acknowledge your child’s feelings, but encourage them to keep trying and see how they feel in a few weeks,’ says Claire.

If the problems continue, however, involve your child’s teacher. ‘They should be able to put plans in place to help them settle, whether that’s nominating a lunchtime supervisor to look after them in the playground or giving them a special responsibility to make them feel valued,’ Claire says. ‘Above all, try to get to the bottom of what’s happening by listening to your child and understanding what’s bothering them.’

Children's books about moving to a new school 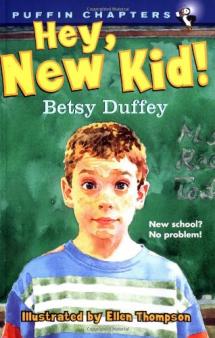 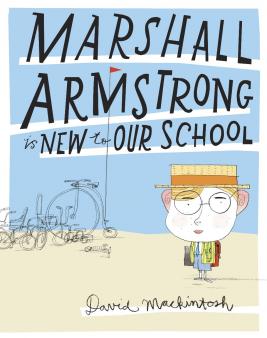 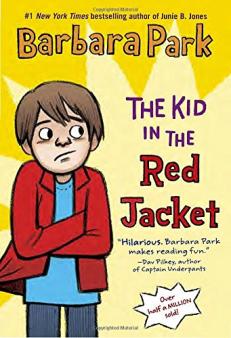