Talking to children about mental health

The way we talk to our children about mental health issues could influence their attitudes as they get older. SANE chief executive Marjorie Wallace gives her advice on opening the conversation.
Login or Register to add to your saved resources

Mental health is firmly – and deservedly – in the spotlight at the moment. The Duke and Duchess of Cambridge and Prince Harry have pledged their support to mental health charities, and it’s recently been announced that every school will have teachers trained in supporting children with mental illnesses. But although there’s far less stigma surrounding mental ill health than there used to be, under half of us have managed to talk to our children about it.

Being open about mental health with our kids is vital, whether or not they or anyone they’re close to suffers with mental health problems. One in four of us will be affected at some point, and in many cases, issues begin in the teenage years. So how can we start the conversation with our children?

Children need to know that just as the body can get sick, so too can the brain. It’s important that they understand that mental illnesses are as real as physical illnesses like diabetes or asthma, and that they’re very common.

‘Most parents have a sense of what their child can absorb and understand when it comes to talking about mental health,’ says Marjorie Wallace, chief executive of mental health charity SANE. If you’re talking to a young child, you might use simple explanations like, ‘Something has gone a bit wrong in Mummy’s brain, and she needs to take medicine to make it better,’ while older kids may be capable of understanding the correct terminology, like depression, bipolar and psychosis.

Conversations about mental health don’t need to be heavy and intense; it’s important to go at your child’s pace and avoid overwhelming them. ‘Wait until the door is open, rather than pushing at it if it’s firmly shut,’ advises Marjorie.

Openness and honesty are vital when we’re talking to our children about mental health; they need to know that it’s okay to talk about these issues, and that they don’t need to keep it a secret if they or a family member are suffering. Skirting around the subject could leave them feeling that mental illness is something to be ashamed of.

‘We do have to tread a fine line, but children will pick up if we’re being dishonest or too euphemistic,’ Marjorie says. Let them ask questions, and be prepared to respond honestly; if you don’t know the answer, it’s fine to admit that, and look it up together.

The broken leg analogy is useful when talking to children about mental health. Asking questions like, ‘How would you feel if you had a broken leg?’ ‘What would you be able and unable to do?’ ‘Would you need time off school?’ and, ‘How would other people help you?’ can help them see that mental illness is every bit as real and debilitating as a physical illness or injury.

6. Use stories and real-life examples

Stories are a great way to explore difficult topics, including mental health. There’s a wealth of books for kids that address mental health issues, such as Up and Down the Worry Hill by Aureen Pinto Wagner, Michael Rosen’s Sad Book, and The Princess and the Fog by Lloyd Jones. Older children may be inspired by celebrities who have struggled with mental health issues, like Demi Lovato and Zayn Malik.

7. Talk about the black dog

SANE’s Black Dog Campaign sees striking black dog statues being placed in public places and school playgrounds to raise awareness of mental health issues. ‘Children seem very able to relate to the black dog as a metaphor for mental illness, and a visible representation of dark feelings,’ says Marjorie. ‘It opens them up to talking about mental health in simple language that they can identify with.’ Find out more about how to arrange a school visit from a black dog statue.

8. Reassure them that it’s not their fault

Children often feel to blame if a parent or another close family member has mental health issues; they might feel that if they had behaved better, worked harder at school or been more helpful around the house, their mum or dad wouldn’t be sad. ‘It’s essential to help them understand that sometimes people get overtaken by sadness, fear, or anger, and that it’s not their fault,’ Marjorie says. The same applies if they're struggling with mental health issues themselves: reassure them that it's a genuine illness and that they shouldn't feel at fault.

As parents, we all hope that our children will come to us if they’re struggling with issues like depression, anxiety, eating disorders or self-harm, but no matter how honest we’ve been, they sometimes find it hard to open up. If your child doesn’t like to talk, think about other ways to help them communicate: they might like you to write each other notes, or send a text. They might find it easier to chat over a board game or while you’re cooking dinner. Let them know that it’s okay to talk to another trusted adult, such as a grandparent or teacher, if they don’t want to talk to you.

A lot of the stigma around mental health comes from the fear of the unknown, so it’s important to reassure children that:

11. Encourage them to look out for their friends

Mental health problems sometimes emerge in childhood, so it’s never too soon to encourage your child to be aware of what’s going on in their friends’ lives. ‘Sending a text message saying, “Are you okay? I’m here if you want to talk” is a very straightforward way of looking out for each other and avoiding embarrassment, and the simple act of receiving a text without having to ask for help can have a big impact on a child or teenager who’s struggling with their mental health,’ says Marjorie.

Despite high profile campaigns to reduce the stigma around mental illness, it can be a tricky subject to discuss with our kids, whether we’re talking about mental health in general or about specific problems that we or our children may be having. Remember that it’s okay to ask for help with talking to your child, whether it’s from your doctor or from one of the many mental health charities, including SANE, Mind, YoungMinds and ChildLine: the more open and honest we can be, the greater the chances of our children being able to talk to us about their mental health. 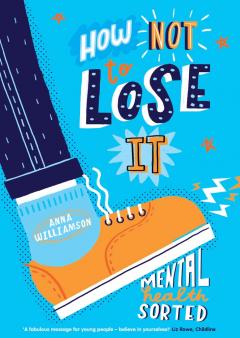 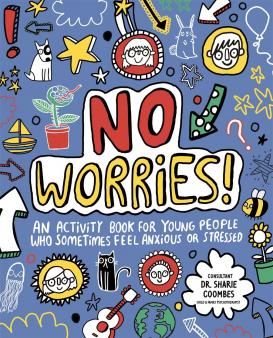 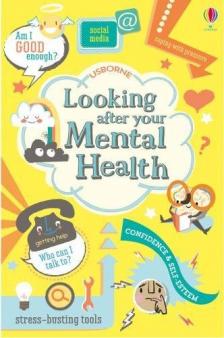 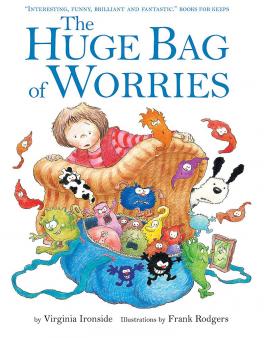 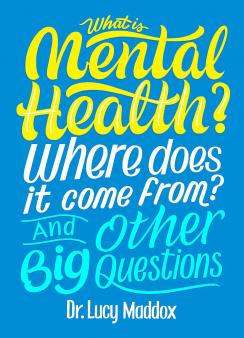