What are clockwise and anti-clockwise?

We explain what clockwise and anti-clockwise means and give examples of typical exercises your primary-school child might be presented with to test their understanding of rotation.
Login or Register to add to your saved resources

What are clockwise and anti-clockwise?

When something moves in a clockwise direction, it is moving in the same direction as the hands on the clock: 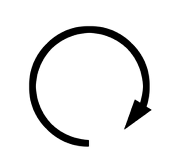 When something moves in an anti-clockwise direction, it is moving in the opposite direction: 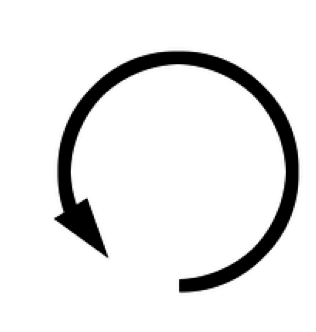 The language of direction in primary school

Children start learning the language of direction in Year 1, when they talk about whole, half, quarter and three-quarter turns.

By the end of Year 2, they should be able to talk about these turns, but to explain which direction they are going in, clockwise or anti-clockwise. During Year 2, children will also learn to tell the time to the quarter hour, so they should be aware of the direction the hands on the clock go.

Learning about quarter, half and whole turns is the foundation for learning about angles, a concept which is built on gradually, year after year.

In Year 3, children will need to recognise right angles and to know that two right angles make a half turn, three make three-quarters of a turn and four a complete turn.

In Year 4, children need to know about acute and obtuse angles..

In Year 5, children start using a protractor to measure acute, obtuse and reflex angles. Throughout this time, they will still need to be aware of turning either clockwise or anti-clockwise. Children also need to calculate angles around a point, on a straight line and within 90°.

Children who are in Year 6 need to rotate shapes through 90˚ or 180˚ either clockwise or anti-clockwise. They will need to use a protractor to measure and draw angles and calculate angles in a triangle or around a point. An example question they might come across is:

Rotate this shape 90˚ clockwise about the vertex marked in red: 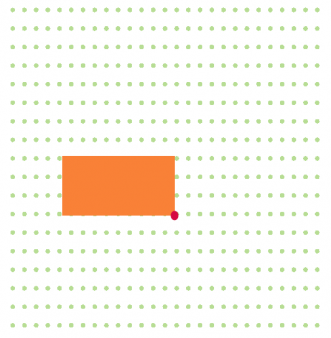 The shape would need to be rotated so that it was in this new position (light orange): 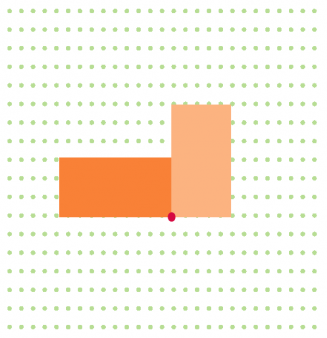 Another example question could be:

Rotate this shape 180˚ anti-clockwise about the vertex marked in blue. 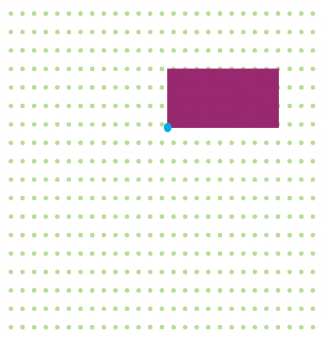 This (light) purple shape shows where the rectangle would be after this rotation. 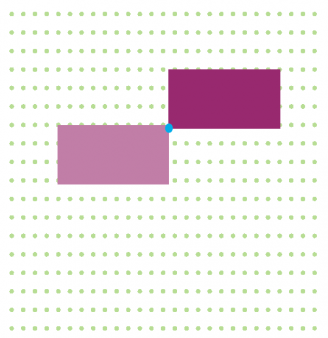 These exercises show how it is important for children to be made familiar with clockwise and anti-clockwise turns throughout their time at primary school. Often children will find visualising the shapes difficult, so teachers may cut out shapes for them so that they can physically move them around.