What is journalistic writing?

Hold the front page! Primary-school children study the features of news reports (headlines, pictures, captions, quotations) and often learn to write their own article, usually related to a theme they are studying. Here's how you can support their learning at home.
Login or Register to add to your saved resources

What is journalistic writing?

Children learn about newspaper articles (or journalistic writing) as part of the English curriculum. This non-fiction genre is often taught in Year 6, usually taught over three or four weeks.

At the start of the unit, children are shown various newspaper articles and are asked to comment on the features of journalistic writing which include:

How is journalistic writing taught in primary school?

On starting this unit, a teacher will usually give children a variety of newspaper articles to look at. The class will then discuss the features, possibly starting with the headline.

The teacher will ask the children why the headline is in large, bold font. They may need to explain that the headline acts as a title or heading which tells the reader, at a glance, what the article is about. It could be a straightforward explanation of fact, for example: 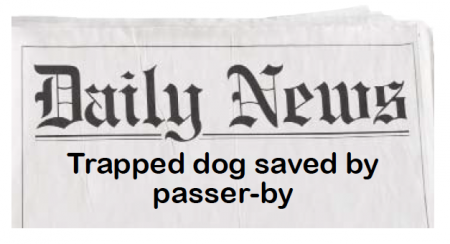 It could also be a humorous play on words. For example, the headline on an article about a local Easter egg hunt might be: 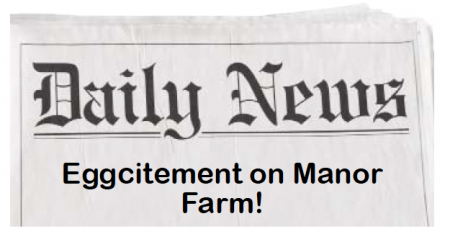 Articles will vary as to how they are set out.

Some articles have bylines, which appear below the headline.

A byline may include one or all of the following things: the name of the person who wrote the article, their position, the place they travelled to get the story and a brief sentence summing up what the article is about. For example:

Newspaper articles often include photos of the people or events involved. A teacher may discuss with children why this is. For example: if the article was about the biggest ship in the world, people would want to see an actual picture of it, rather than just read the description. If the article was about an important person, you would need to be able to identify him or her. These photos would usually have captions beneath them, explaining who or what is in the photo.

Fact and opinion in newspaper articles

A teacher will usually take some time reading through particular articles with children so that they get a feel for the language used.

They will usually discuss the difference between fact and opinion in the articles. For example: if they are reading an article in a local newspaper about the egg hunt on Manor Farm they may read the following paragraph:
Last Saturday, children were overjoyed to take part in an egg hunt arranged by Mick Holmes, owner of Manor Farm. Eggs of various colours were hidden all around the farm, and one lucky girl, Faye Whiting, struck gold when she found a giant egg hidden in a pile of hay!

Children would need to get into the habit of being able to spot the opinions (children being 'overjoyed' and one girl being 'lucky') and the facts (the hunt being arranged by Mick Holmes, the egg hidden in a pile of hay).

Another feature of journalistic writing is the use of quotations.

Quotations
A quotation is a piece of direct speech that comes from a person associated with the article. Quotations are written in speech marks. Children might be asked to highlight these in the newspaper article, for example:

A teacher may discuss the need for quotations in a newspaper article with the class. Children will be made aware that quotations are important, because it is important to get people's opinions on various matters. Sometimes a journalist will write about what someone has said using reported speech (also known as indirect speech, highlighted in yellow below):

Once the children were fully aware of the features of a newspaper article, they would move onto gathering information to write their own.

For more information about other non-fiction texts studied in primary school see our parents' guide to non-fiction.