Comics, graphic novels, Marvel, DC... a world that children know lots about, even more than many adults! Primary school teacher and children's literature enthusiast Scott Evans takes us on a tour of his favourite kids' books for comic-lovers.
Login or Register to add to your saved resources 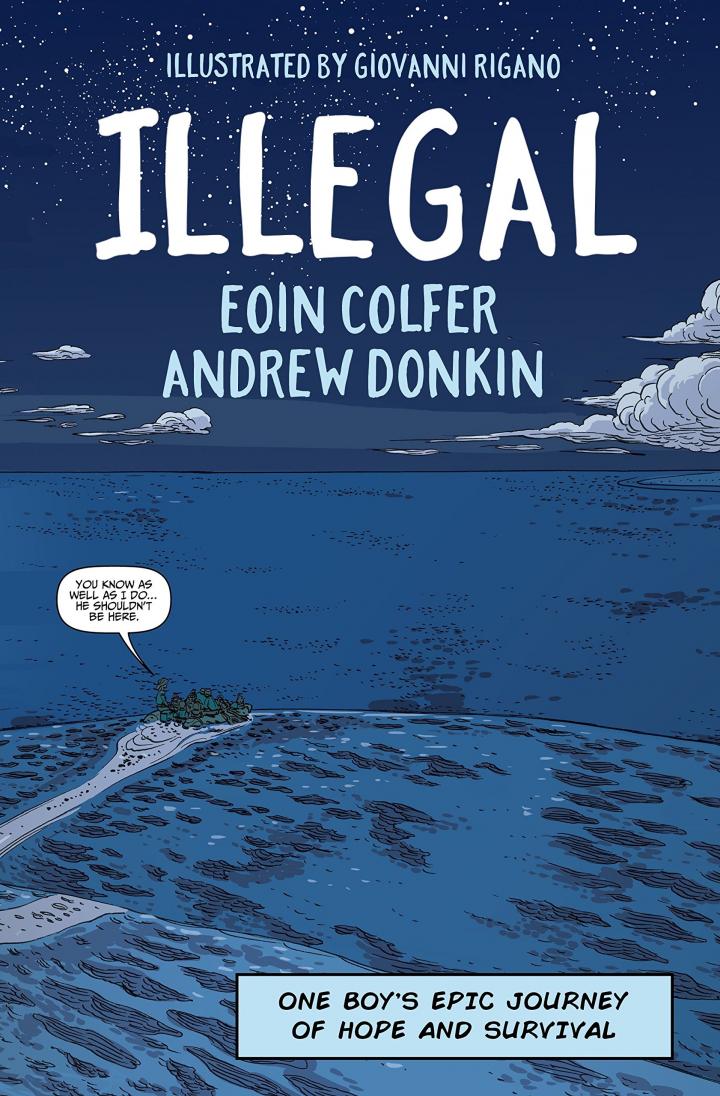 Media coverage of the plight of refugees is at an all-time, high, but is hard to find reading material suitable to use in the classroom that explores this issue sensitively and with context. Illegal does: telling the story of one boy's epic journey to Europe, it portrays the scope of the refugee crisis in such a powerful way and will resonate with readers of 10+. Moving and thought-provoking, you won't find another comic book like this. 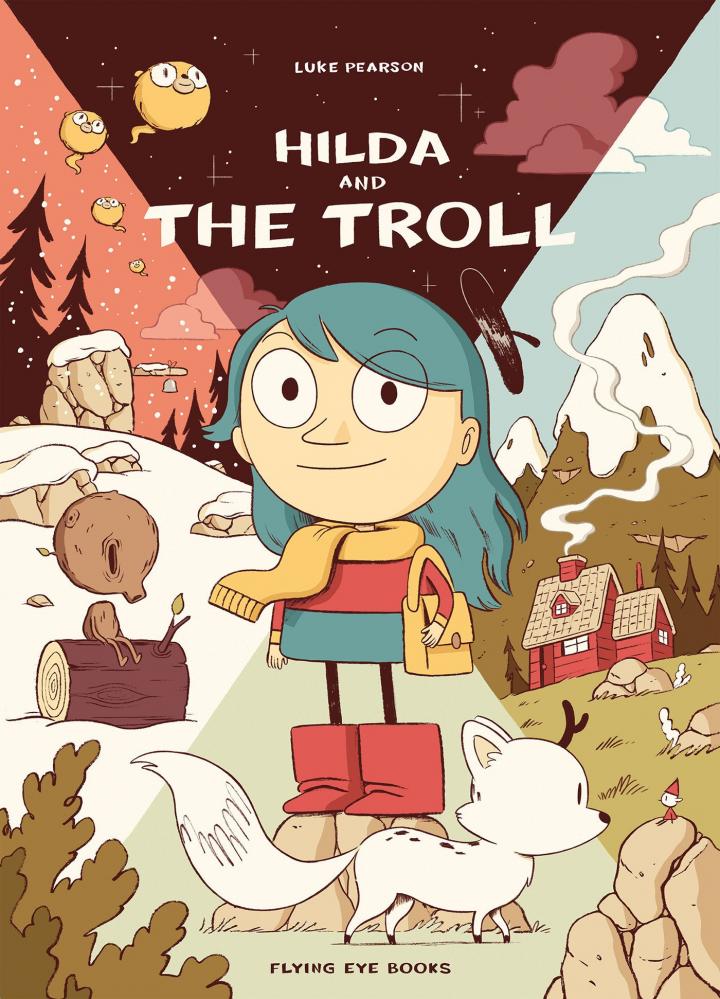 Hilda and the Troll by Luke Pearson

Suitable both for younger and older readers! Hilda is an strong-minded, energetic character who is at one with nature. When fantasy and imagination collide in a world populated by an equally creative cast of supporting characters, her adventures are about to begin... If you enjoy this first book in the Hilda series (which you might even more than your children!), you'll be happy to hear there's a Netflix series in the works, too. 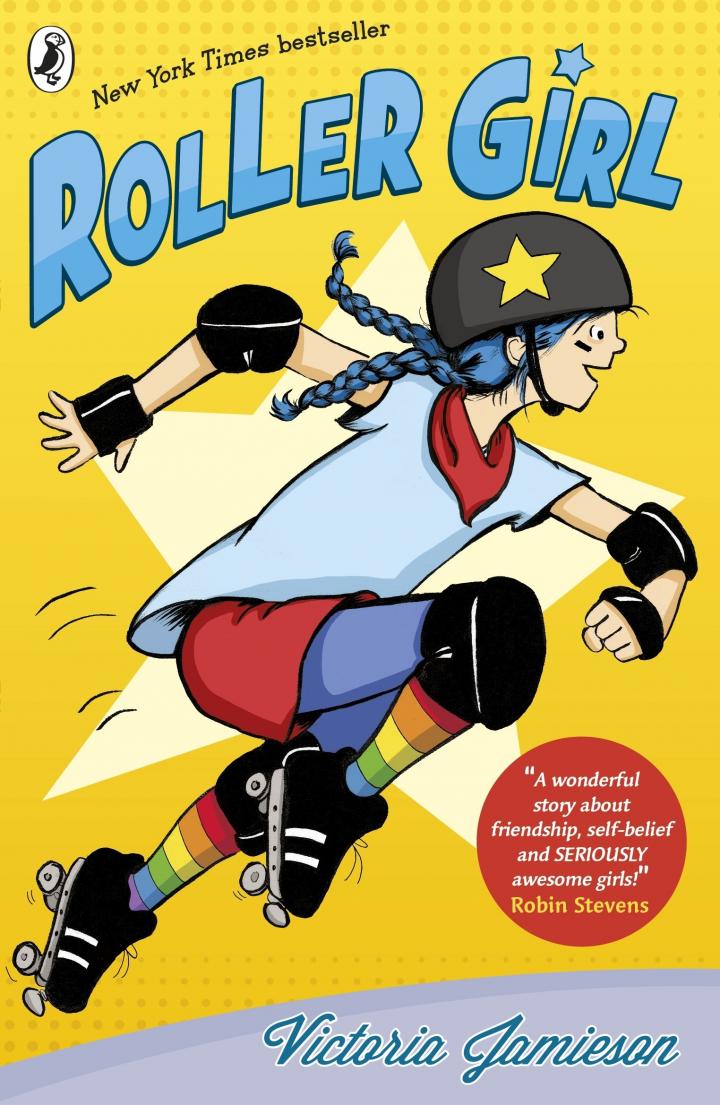 Astrid is always hand-in-hand with her best friend Nicole; they do everything together. So imagine Astrid's surprise when she falls in love with something that is the complete opposite of what Nicole wants to do: roller derby. Will she go it alone and manage to stay on her feet or will she keep crashing down? An energising graphic novel that shows that you can do anything if you just believe in yourself. 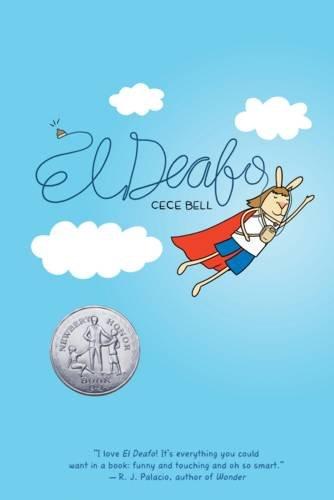 Author Cece Bell became deaf at the age of four. This graphic novel. suitable for both younger and older readers. chronicles her struggles with fitting in at school and the way that everybody makes a fuss of her hearing aids. It shows her triumphs, too, and is a great read about what makes us different from each other and what we have in common. Heartwarming, compelling and full of empathy, this should be on every bookshelf at home and in school. 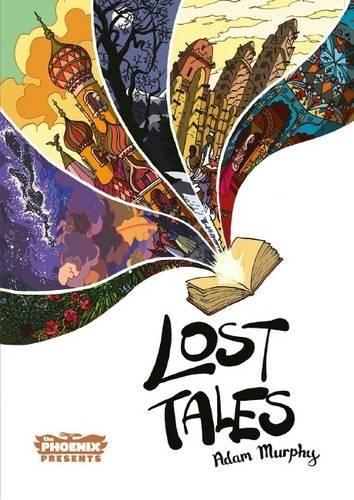 This is like a world atlas of comic book tales, myths, fables and folk tales combined in a one-of-a-kind collection. As thought-provoking, intriguing and guaranteed to spark lots of interesting discussions. 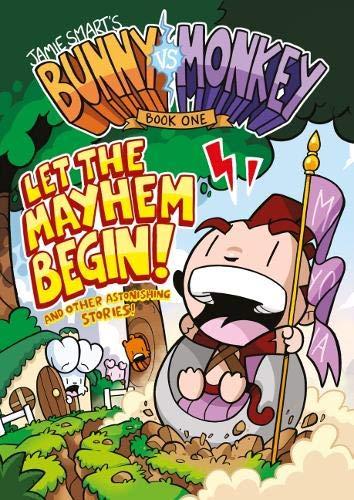 Bunny vs. Monkey: Let the Mayhem Begin (The Phoenix Presents) by Jamie Smart

Think comic books are all full of superheroes saving people and lots of action? Think again! Think FUNNY, because Bunny vs. Monkey is a wildly brilliant zipwire in to a world of mayhem. Children will be itching to try more from these publishers, The Phoenix, who produce some of the best comics in the business. 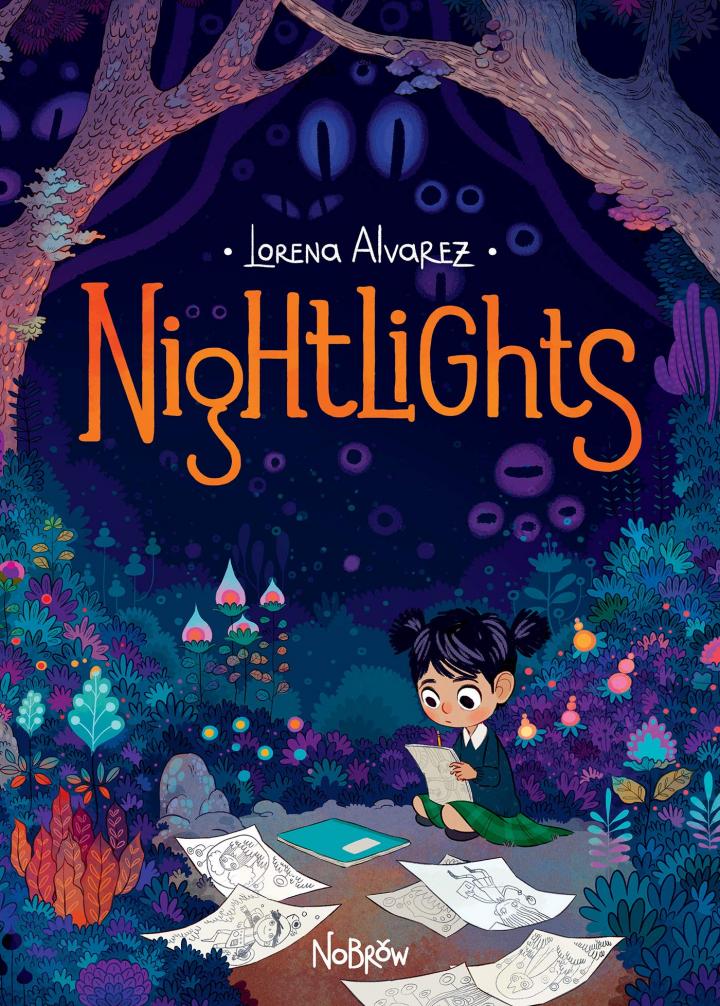 Illustration in a comic book doesn't come any finer than this. It's the first thing that'll catch your eye when you open this stunning book (and you may never want to close it again). A true thing of beauty, Nightlights is the story of Sandy who creates creatures from the stars she catches outside her window and recreates them the next day in her drawings. That is until the day when Morphie, who knows more about Sandy's drawings than anyone else, arrives... A (sometimes creepy!) visual feast. 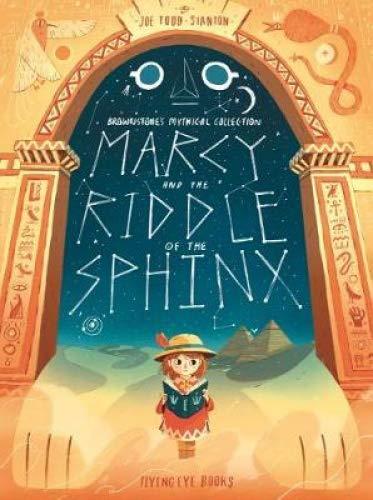 Marcy and the Riddle of the Sphinx by Joe Todd Stanton

From the brilliantly successful stable of illustrator Joe Todd Stanton (Arthur and the Golden Rope, The Secret of Black Rock) comes a sequel story. With Arthur now a famous adventurer, it falls upon his daughter Marcy to follow in his footsteps – but does she have the desire to want to explore? When her father doesn't return from one of his own explorations, it's up to her to go and find him – but can she rescue him? 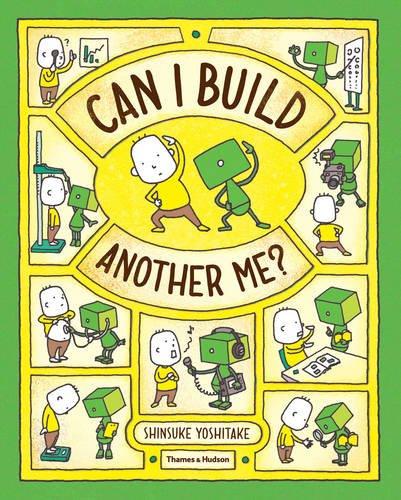 Can I Build Another Me? by Shinsuke Yoshitake

My absolute favourite on this list: aunique look at life in comic-book style. Wanting to not do his chores, the child in this book sets out to find a robot who will, but there's one catch – the robot doesn't know what makes him, him! From his likes and dislikes to the smaller details like what he thinks his dog thinks about him, the child shares information about himself. Recently used in the first week of a new school year to help to get to know the children in my class better, this is a book that's enhanced by lots of discussion and will get children talking in the most fascinating ways. You won't look at each other the same way again! 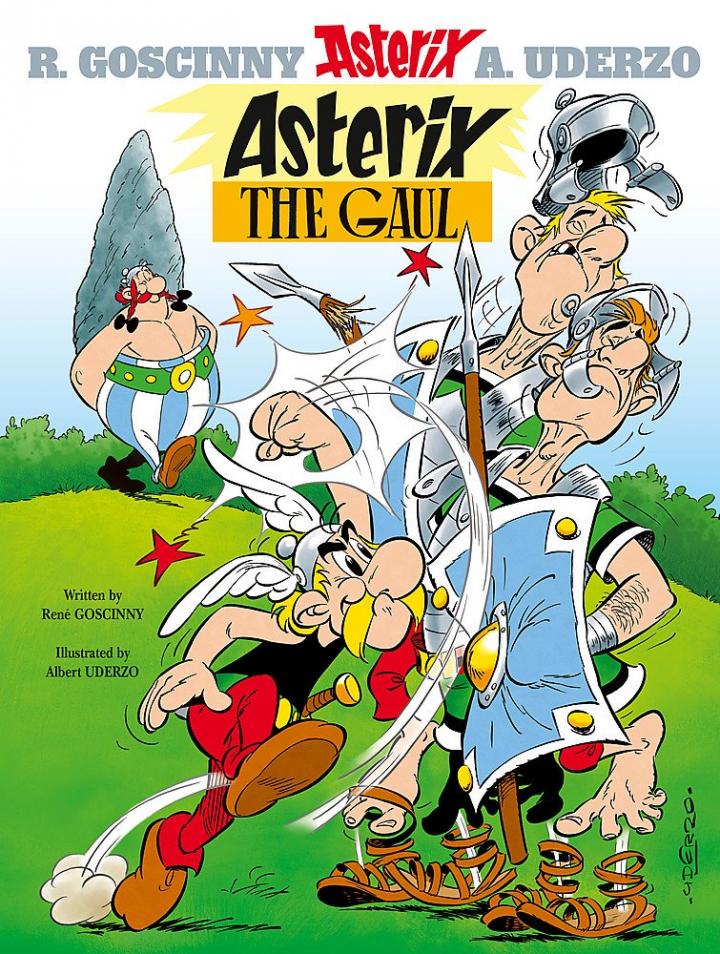 Tintin in the Land of the Soviets by Hergé

There can't be a list of best books for kids who love comics that doesn't include two of the most iconic comic books for children there have ever been! Introduce your children to the classics with Asterix and Tintin and watch them become obsessed! 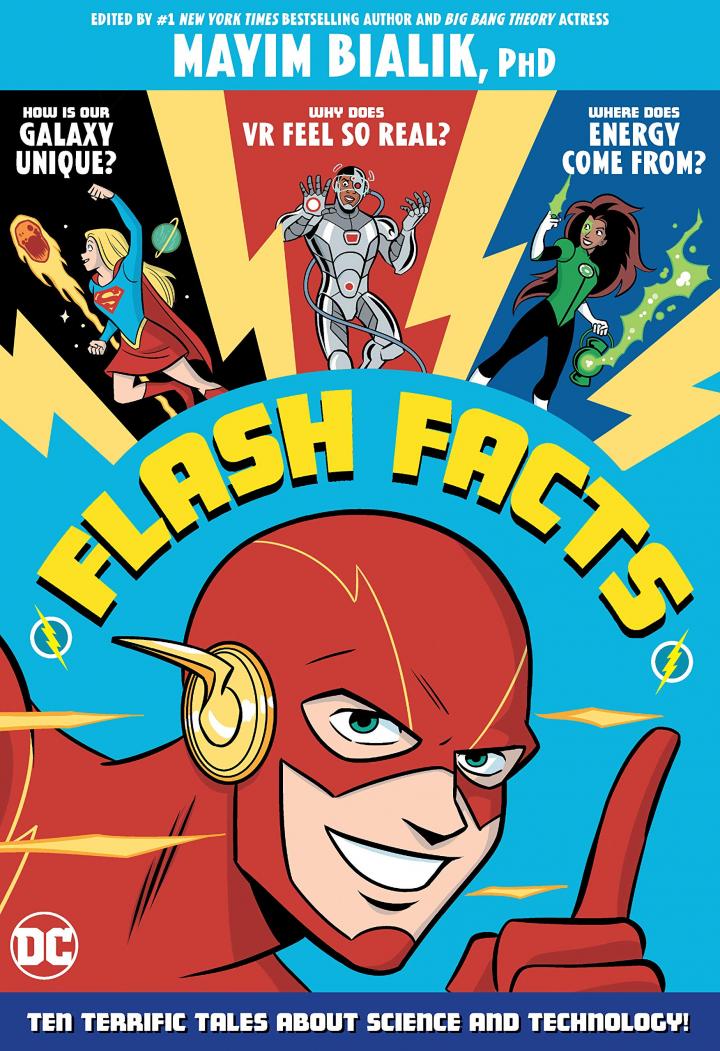 Comics don't have to be pure fiction! We love this anthology of science stories which demonstrate various STEM principles through the exploits of Batman, the Flash, Supergirl, Cyborg and more DC Super Heroes, and was guided by educational experts to ensure scientific accuracy.