Classic literature is reimagined, updated, revisited and reinterpreted in each of these brilliant retellings, which expand on traditional tales or use comic-strip illustrations or modern settings to make brilliant stories accessible to a new generation of readers.
Login or Register to add to your saved resources 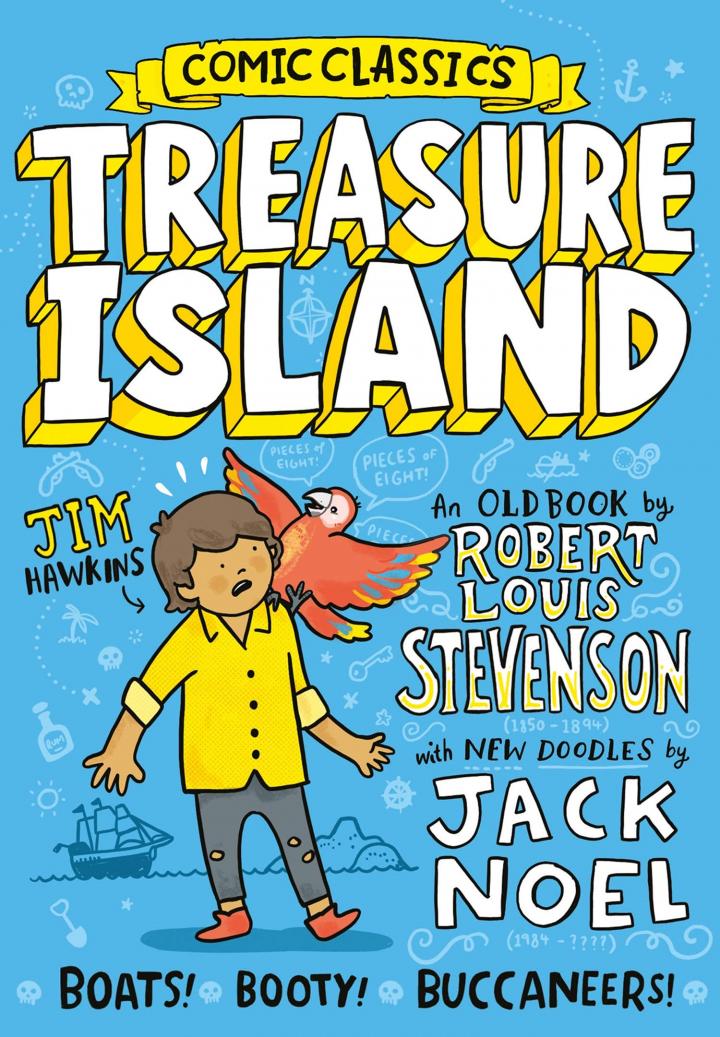 Introduce your child to classic tales like Robert Louis Stevenson's Treasure Island through doodles, witty comic book illustrations and illustrated diagrams. The original language has been abridged and the complete package is very accessible to (and appealing for) 9-12 year olds.

Climb aboard for a hilarious adventure across the seven seas, featuring our hero Jim, a chatty parrot and plenty of pirates, or try another of the Comic Classics, Great Expectations or The Hound of the Baskervilles. 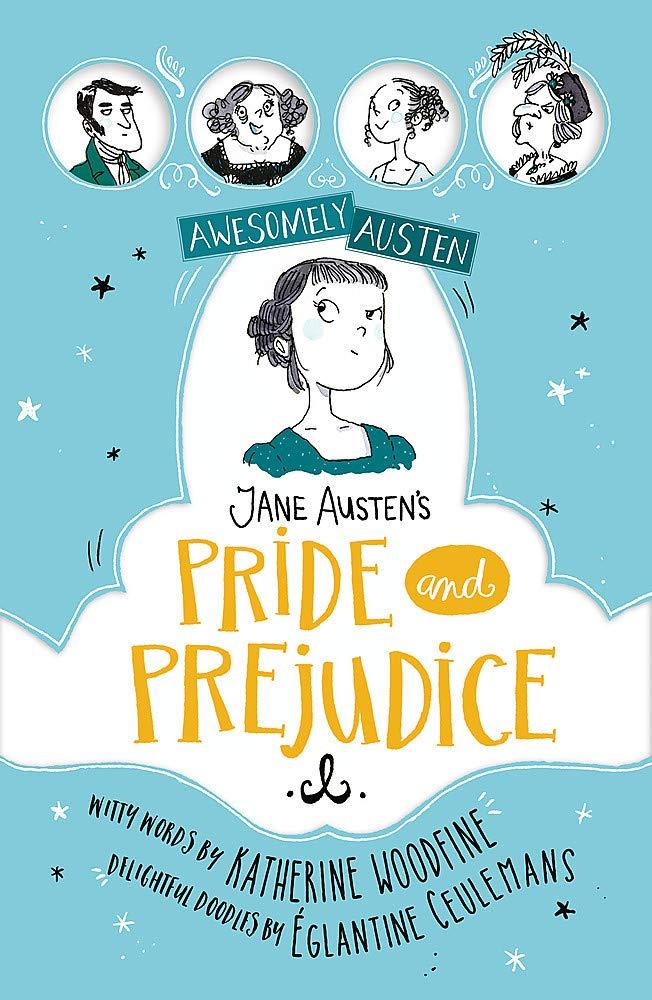 The Awesomely Austen series offers funny, accessible retellings of all Jane Austen's novels, adapted by leading children's authors and aimed at readers aged 8+. Pride and Prejudice is the perfect title to start with and the charming black-and-white illustrations perfectly complement the story of quick, intelligent Elizabeth Bennet and her relationship with the haughty, prickly Mr Darcy. Could there be more to him than Elizabeth first thought? 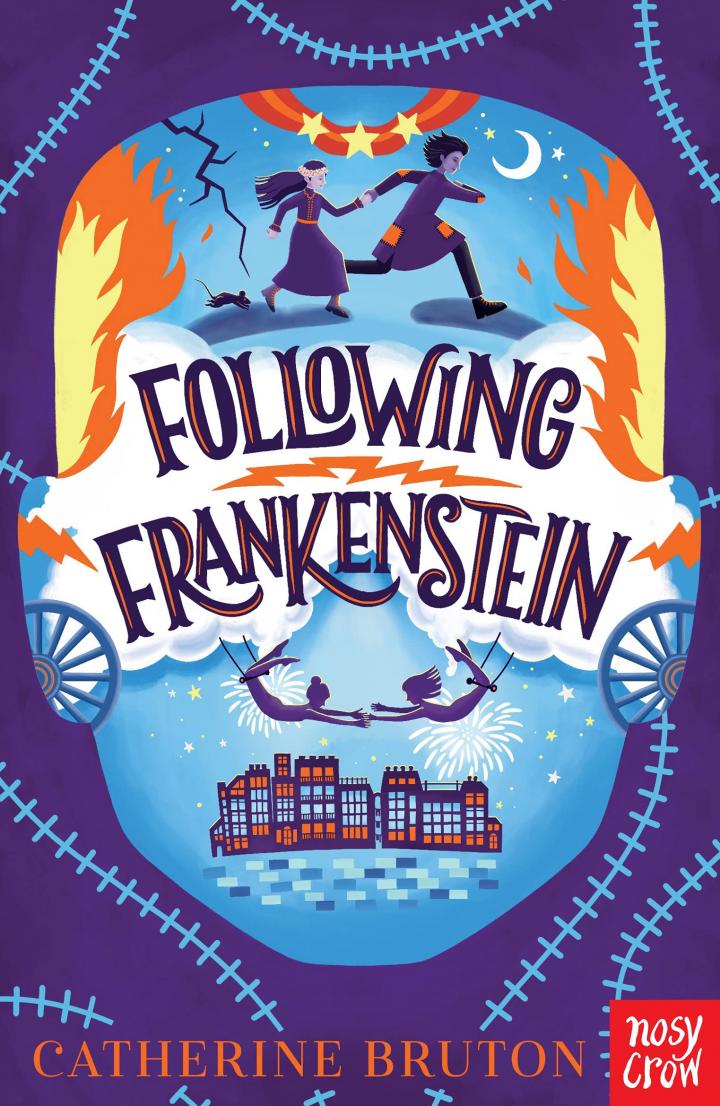 An imaginative 'sequel' to Mary Shelley's masterpiece, Following Frankenstein is a beautifully-written historical adventure across the Artic tundra and the North American landscape, perfect for 9-12 year olds.

Maggie's dad has dedicated his life to hunting down the monster created by Victor Frankenstein. It has cost Maggie and her family everything – and now her father is taking her on one last voyage, where he hopes to find the monster at last... 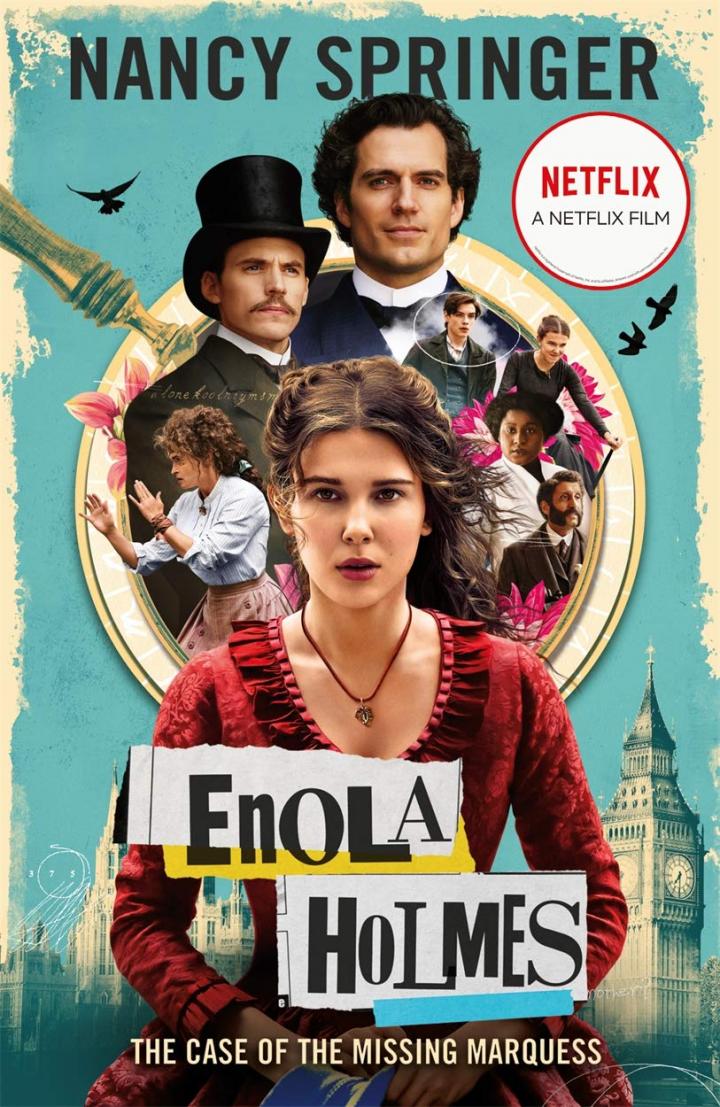 Enola Holmes: The Case of the Missing Marquess by Nancy Springer

Packed with period details, this Victorian adventure introduces a brilliant, resourceful heroine and sets the scene for her sleuthing adventures. Enola Holmes, Sherlock Holmes's fourteen year old sister, travels to London in search of her mother, but finds herself involved in the kidnapping of a young marquess, fleeing murderous villains and evading her annoying older brothers and their attempts to send her to boarding school. Amid all the mayhem, will she decode the clues left by her mother and explain her disappearance? 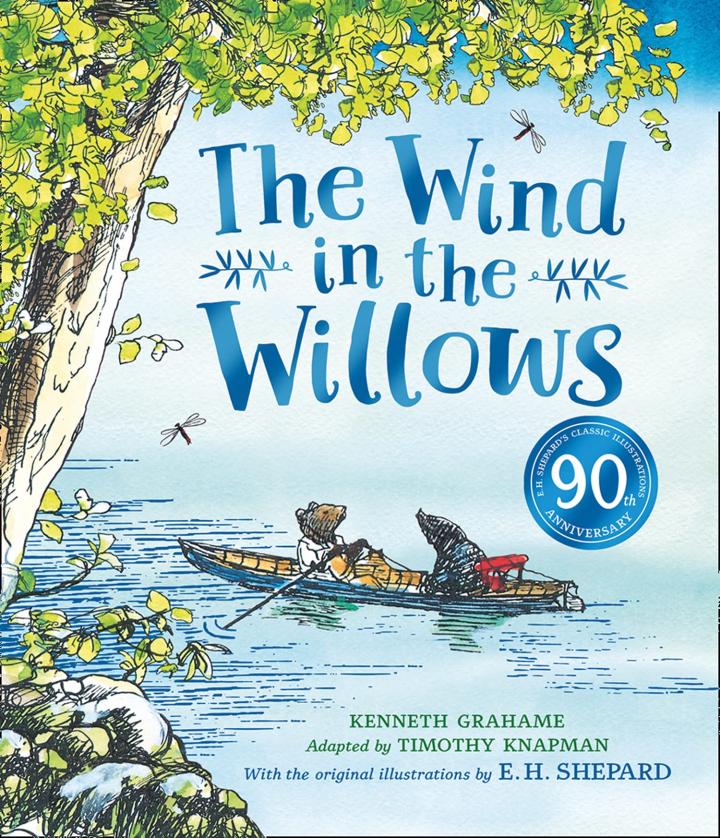 The Wind in the Willows Picture book adaptation by Timothy Knapman

“Don’t you know?” grinned Rat. “Oh, Mole! There is nothing half so much fun as simply messing about in boats!”

Suitable for children 4+, this picture book adaptation of Kenneth Grahame's riverside tale introduces them to wonderful characters Mole, Ratty and kindly Badger. Not forgetting fun-loving Toad, lover of the open road and disaster-magnet! A beautiful edition to share with younger readers. 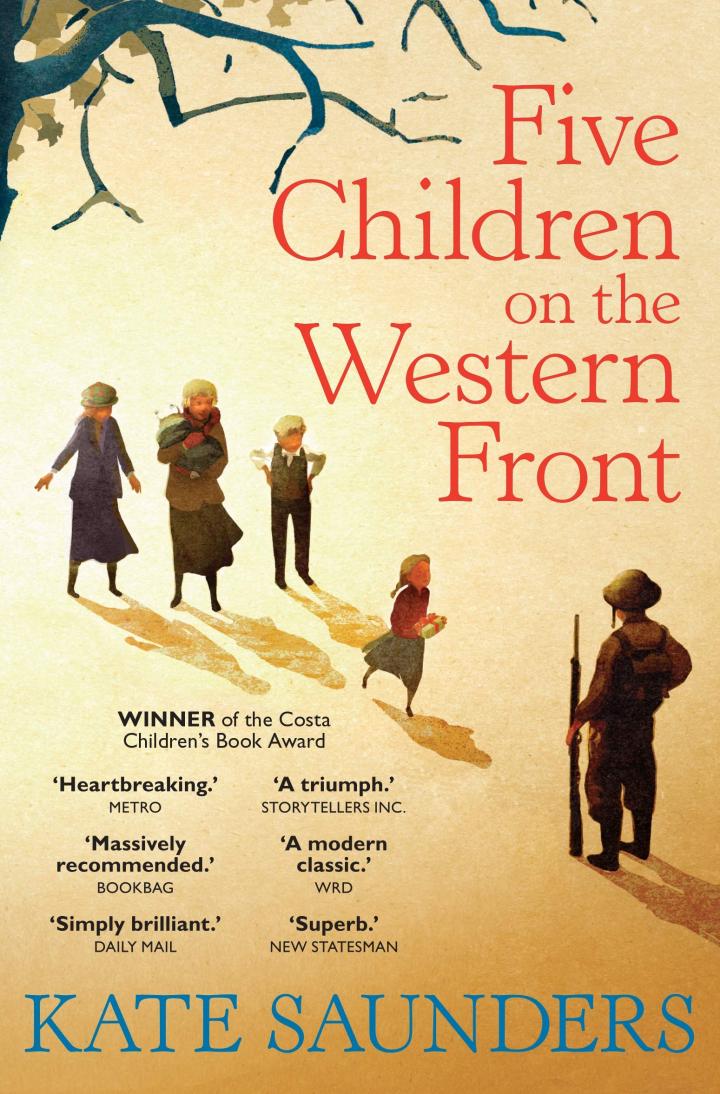 Five Children on the Western Front by Kate Saunders

An heart-wrenching sequel to E. Nesbit's 1902 classic Five Children and It, set at the beginning of WWI. The five children have grown up: Cyril is going to fight, Anthea is at art college, Robert is a Cambridge scholar and Jane is at high school. The Lamb is the grown up age of 11, and he has a little sister, Edith. The Psammead has become a creature of stories... and then suddenly he is back in their lives.

Shortlisted for the Carnegie Medal and winner of the annual Costa Children's Book Award. 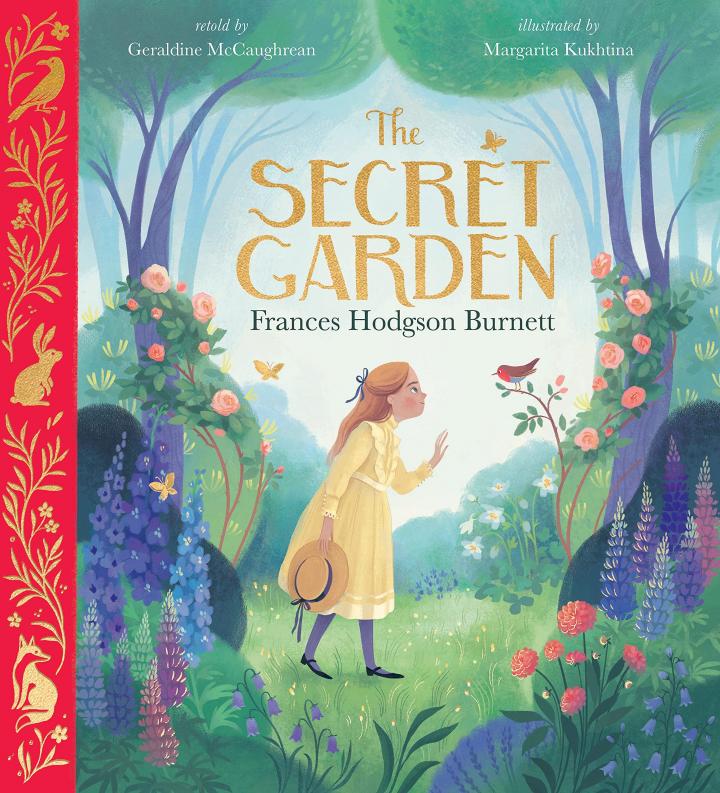 Frances Hodgson Burnett's beloved, classic story is retold and updated for young readers and complemented with beautiful, full colour illustrations on every page, making it easy for children to immerse themsleves in Mary Lennox's life in sun-baked India and gloomy Misselthwaite Manor in Yorkshire.

Lonely, crochety Mary discovers a walled garden that has been kept secret for years. Unlocking the wonders of nature beyond the garden walls brings her friends, life and hope. 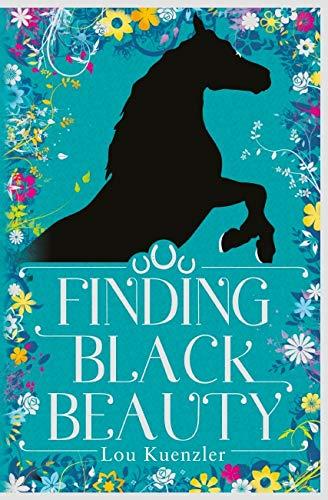 Classic horse story Black Beauty is imagined from another perspective, told from the point of view of a young girl who masquerades as a boy in order to become a groom (Anna Sewell's original is the autobiographical story of a horse's life).

In Lou Kuenzler's retelling aspiring groom Josie disguises herself as a stable boy and finds work caring for a spirited colt called Black Beauty after her father dies. When she is separated from the horse she has come to love, 'Jo' travels to London to find Beauty, solving the mystery of her long-lost mother along the way. 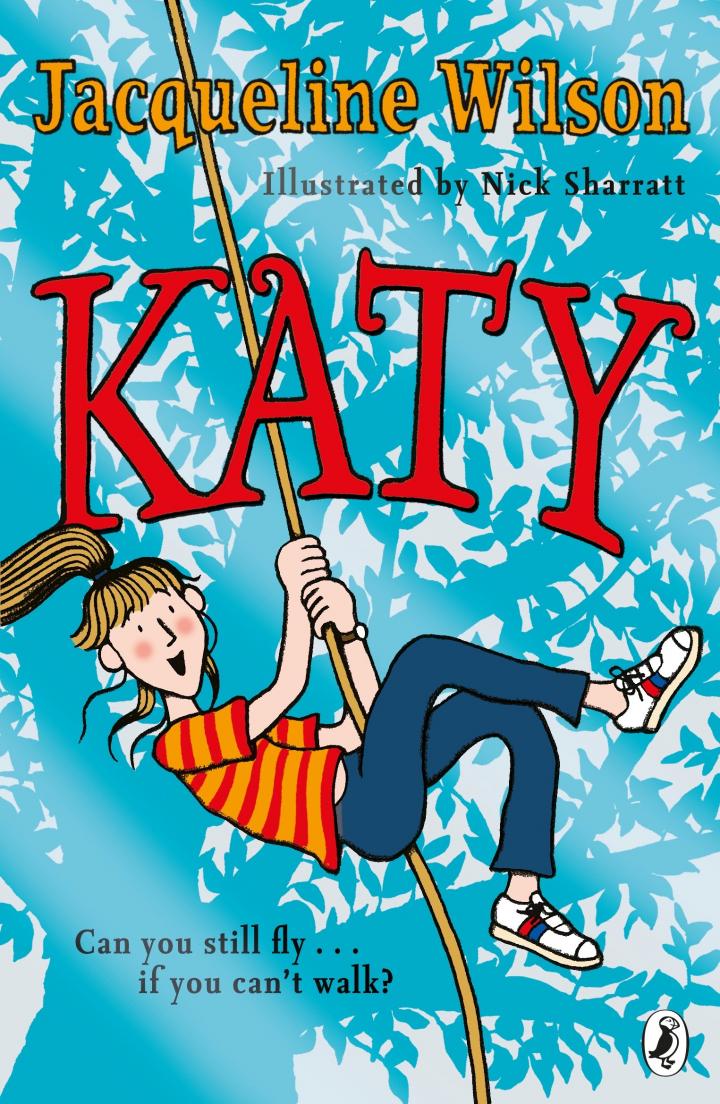 A modern version of a much-loved American classic about a feisty tomboy heroine, Susan Coolidge's What Katy Did, published in 1872.

Jacqueline Wilson updates the story for a contemporary audience, introducing her fans to Katy Carr, a lively, daredevil oldest sister in a big family. Katy loves messing around outdoors, climbing, cycling, skateboarding and swinging, until her life is changed forever after a serious accident. 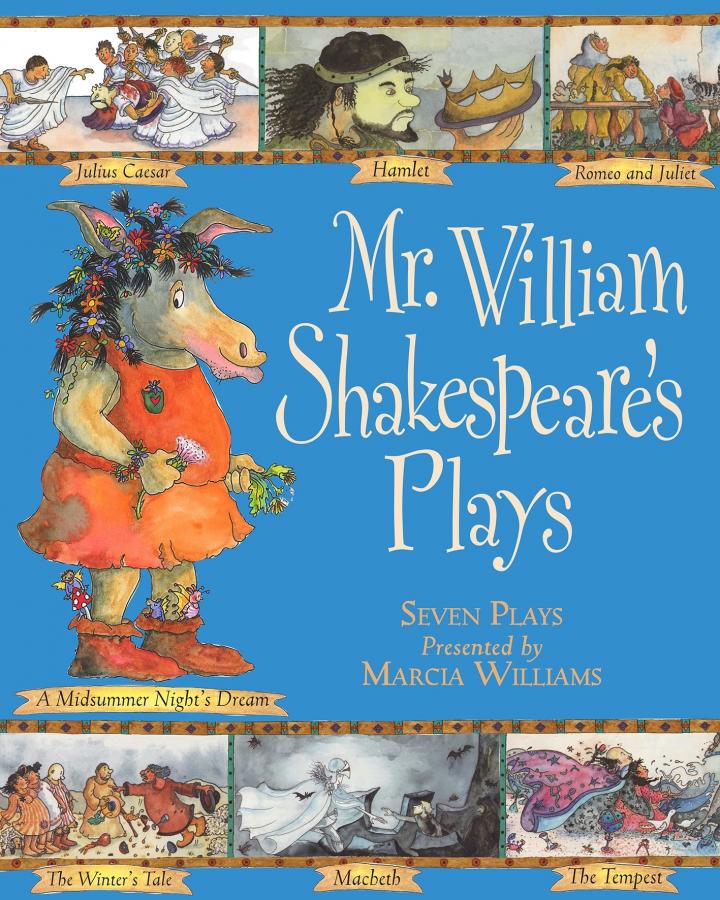 Marcia Williams creates comic strip versions of classic texts, from Dickens to Homer, and we love her Shakespeare' adaptations. This volume introduces 6 to 9 year olds to Romeo and Juliet, Hamlet, A Midsummer Night's Dream, Macbeth, Julius Caesar, The Winter's Tale and The Tempest – each play is four pages long and includes some of the original language and the rowdy remarks of the Globe Theatre audience. 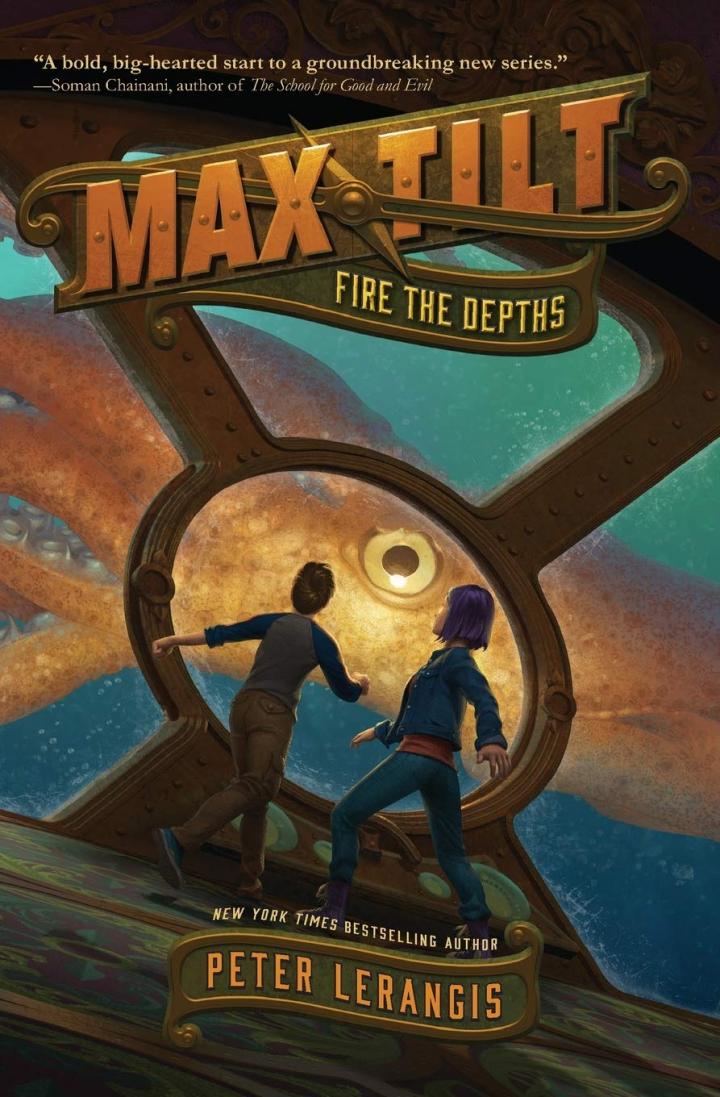 Inspired by Jules Verne's Twenty Thousand Leagues Under the Seas, this adventure trilogy from best-selling children's author Peter Lerangis is fast-paced and packed with cliff-hangers to keep kids reading (and perhaps being inspired to pick up the source text, too!).

Thirteen-year-old Max Tilt happens upon his great-great-great-grandfather Jules Verne’s unfinished manuscript and discovers that everything he wrote was fact, not fiction, and incredibly valuable.  But Max and his friend Alex aren’t the only ones who know about Verne’s clues... To find the treasure they seek, they embark on an adventure that will take them from an underwater city to the very jaws of a giant squid, and then to a whirlpool no one has ever escaped from.