Each of these novels is full of adventure, inventiveness and magic – great for stimulating young imaginations. Some of these stories may have been written more than half a century ago, but their child’s-eye view of the world and their warm-hearted humour remain as engaging and entertaining as ever. Perfect for reading together, or for independent reading, these books are packed with useful new vocabulary for early readers. By Emma Harding
Login or Register to add to your saved resources 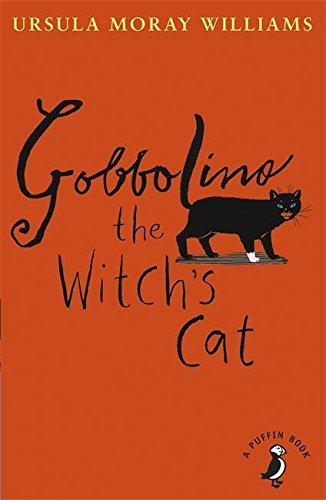 The quest of a little black witch’s cat, with bright blue eyes and one white paw, who longs to find the perfect home. Although his sister Sootica is quite happy to ride a broomstick and turn mice into toads, Gobbolino doesn’t want to be a witch’s cat – he wants to be an ordinary kitchen cat with a nice warm fire to sit by and a family to love him. A warm-hearted, imaginative novel structured in short chapters ideal for young readers. 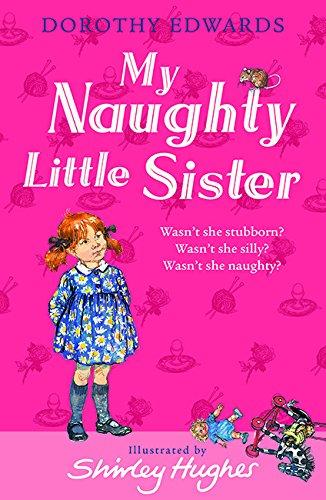 My naughty little sister is always up to no good. She’s stubborn, greedy and full of mischief. She tries to cut off the cat's tail, she bites Father Christmas’ hand and steals all the sweets in the house. How much trouble can one little sister cause? Dorothy Edwards’ beautifully pitched stories of pranks and mishaps never talk down to children, who will love these tales of naughtiness, being found out and saying sorry. 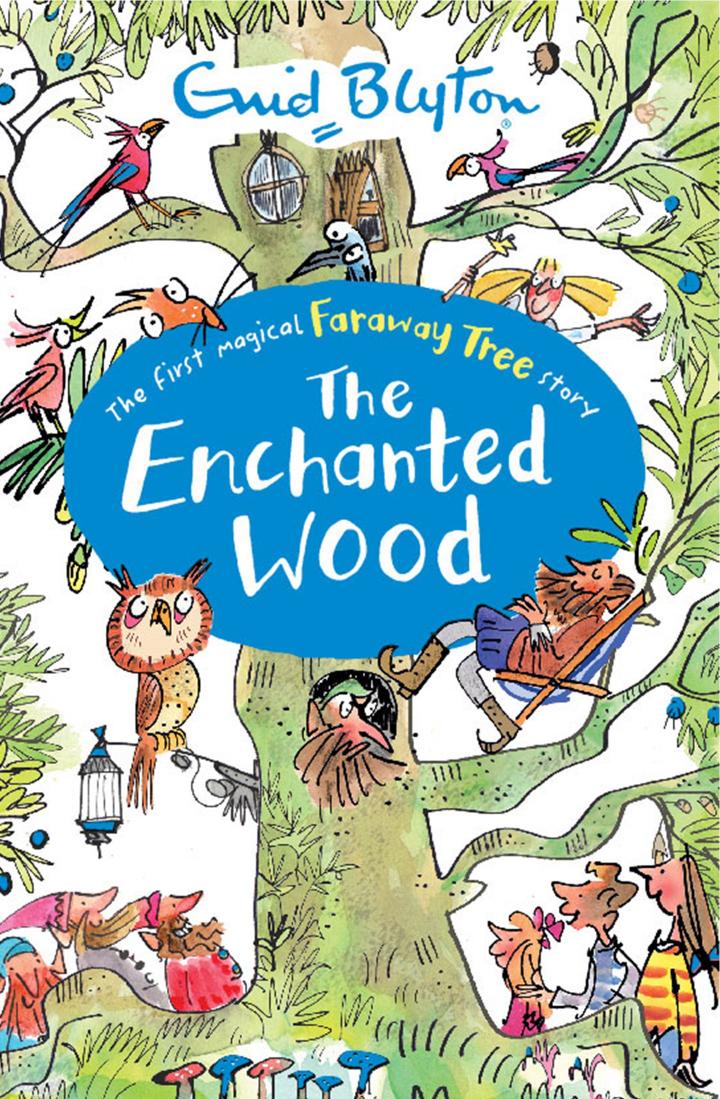 The Enchanted Wood by Enid Blyton

Joe, Beth and Frannie move to a new house and when they explore the large wood on their doorstep, they come across an enormous tree, whose branches disappear into the clouds.  This is the Faraway Tree, and when the children climb it, they find a ladder leading to different magical lands. Sometimes the lands are full of delights, such as the Land of Birthdays or the Land of Do-As-You-Please, but sometimes they’re very strange, such as the Land of Topsy Turvy, where everybody walks on their hands.

Enid Blyton remains one of the most popular and best-selling children’s authors of all time, thanks to books such as The Famous Five and The Secret Seven. Although Blyton’s prose may seem a little dated to modern adult eyes, children still love her hugely imaginative and funny stories. A film adaptation, written by Paddington 2 writer Simon Farnaby, is currently in production. 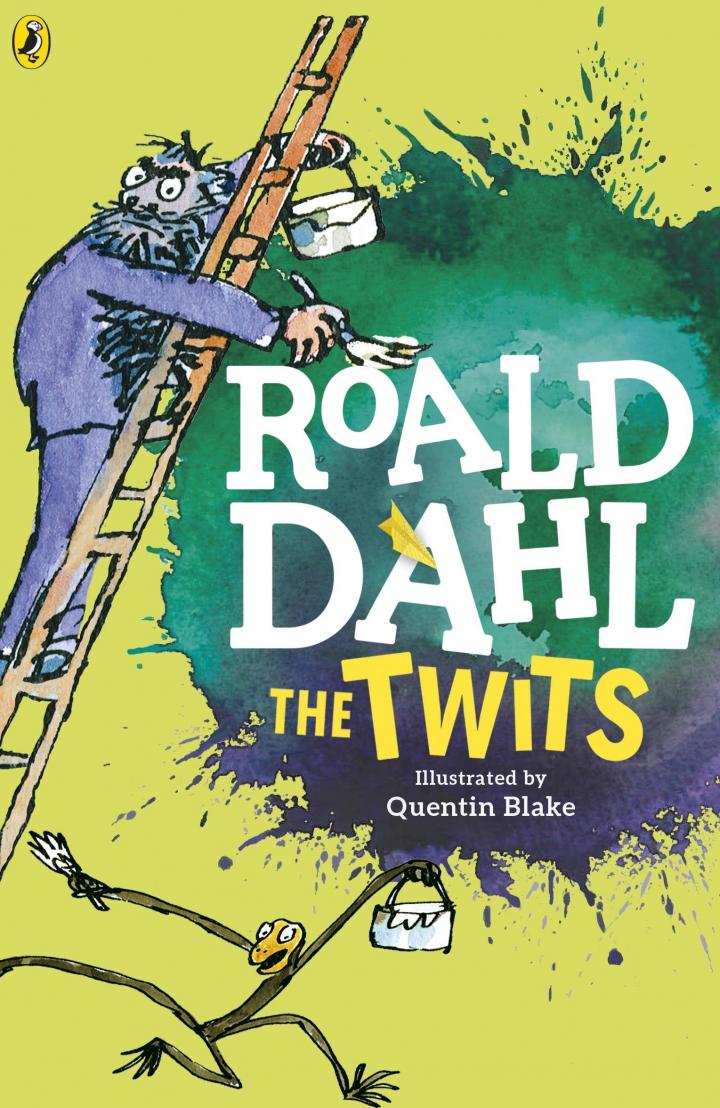 The Twits by Roald Dahl

A spiteful, unlovely couple called the Twits live together in a brick house without any windows. They both like nothing more than playing nasty practical jokes on each other. As former circus trainers, the Twits keep a family of pet monkeys, the Muggle-Wumps, whom they treat badly and Mrs Twit also likes to coat the tree in their garden with glue in order to catch birds for a bird pie. But eventually the Muggle-Wumps, in cahoots with the Roly-Poly bird, have their revenge on the awful Twits... Dahl’s tale of adults behaving badly is wickedly funny for younger readers, but also makes the point that the Twits have made themselves ugly through their spitefulness and unkindness. 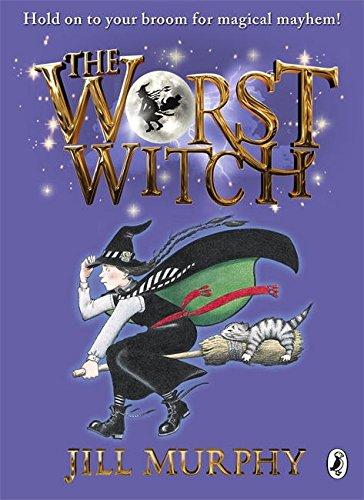 The Worst Witch by Jill Murphy

The Worst Witch is the first in the bestselling children's series by Jill Murphy and tells the story of Mildred Hubble, new arrival at Miss Cackle’s Academy for Witches. Unfortunately, Mildred is not the most skilful of pupils – she keeps making a muddle of her spells and crashing her broomstick.  And when she makes an enemy of teacher’s pet, Ethel, there is magical mayhem. These entertaining stories are as much about navigating school life as about magic, and hapless trainee witch Mildred and her loyal friend Maud make for very endearing characters.

Winnie-the-Pooh by A A Milne

Winnie-the-Pooh is a bear of very little brain, easily distracted by the temptations of a pot of honey, but his home in the 100 Acre Wood still offers many opportunities for adventure. In this first Pooh book, our lovable bear finds himself stuck in a tight hole, nearly catches a Woozle and sets off with his friends on an ‘expotition’ to the North Pole. Perfect for reading together, these heart-warming and funny stories offer a child’s-eye view on the world. Pooh and his friends Piglet, Eeyore, Rabbit, Kanga, Owl and Christopher Robin all have very different personalities and often squabble, but they’re also tender-hearted, loyal and kind. 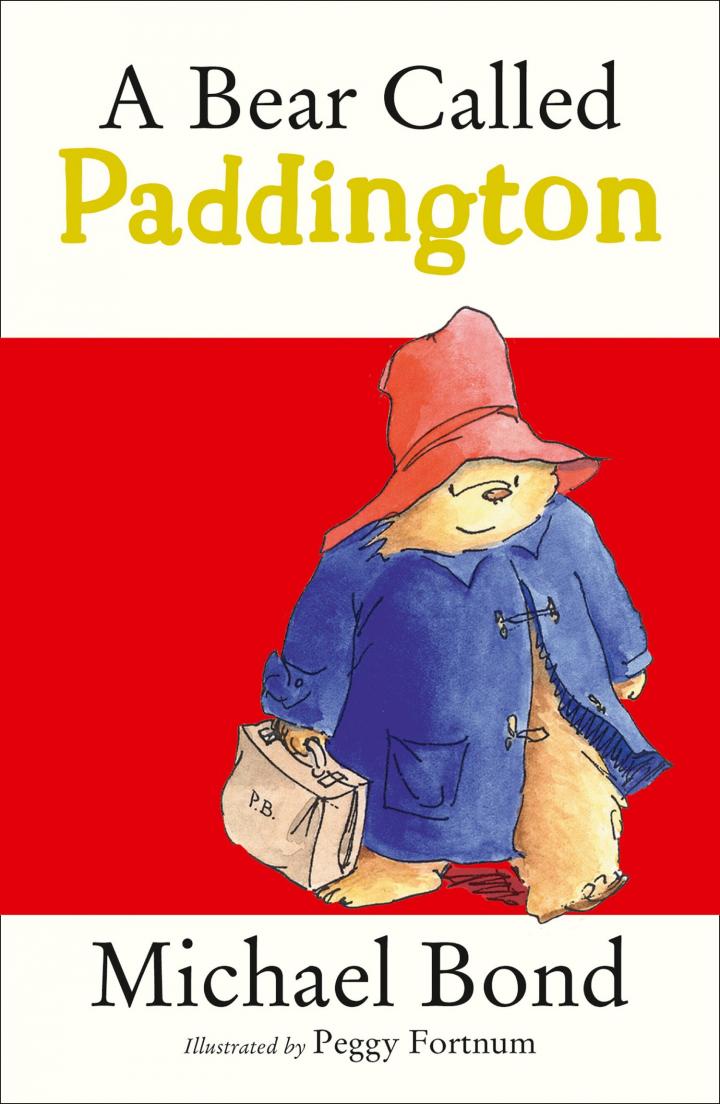 The original adventures of London’s favourite marmalade-eating bear. The Brown family first meet this small brown bear on a platform at Paddington station, wearing a floppy red hat, a blue duffel coat and a label that reads simply ‘PLEASE LOOK AFTER THIS BEAR. THANK YOU.’ They decide to take him home, and after that, their lives are never quite the same.
Paddington’s adventures run to twenty books and are full of mishaps and laughter. It’s impossible not to love this kind-hearted (and exceptionally polite) bear, who always means well, but has an endless capacity for getting into scrapes. 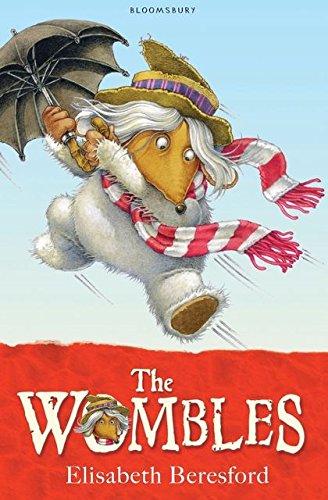 The Wombles by Elisabeth Beresford

The original eco-warriors, these pointy-nosed creatures live in a burrow on Wimbledon Common where they collect and recycle rubbish in imaginative ways.  They are careful to keep their existence secret from the humans they clean up after.
Made famous in the 1970s by the BBC television’s animated series, narrated by Bernard Cribbins, this first book in the series introduces the loveable and eccentric cast of characters, such as gruff-but-kindly Tobermory, wise Great Uncle Bulgaria, work-shy Orinoco, prim Madame Cholet and cheeky young Bungo, who is about to venture out on his own on the Common for the first time.
The Wombles’ environmentally-friendly message remains as relevant as ever. 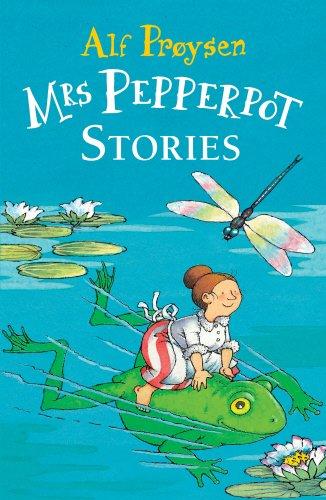 You might think it a little inconvenient to find yourself suddenly the size of a pepperpot, but Mrs Pepperpot has no choice in the matter – it just happens. Luckily, she’s incredibly clever and resourceful, so no matter what she encounters,from a monstrous mousetrap to a wily fox, she always manages to deal with the situation. These classic Norwegian stories tell the story of a little old lady with a remarkable secret and show that even the smallest of people can come out on top. 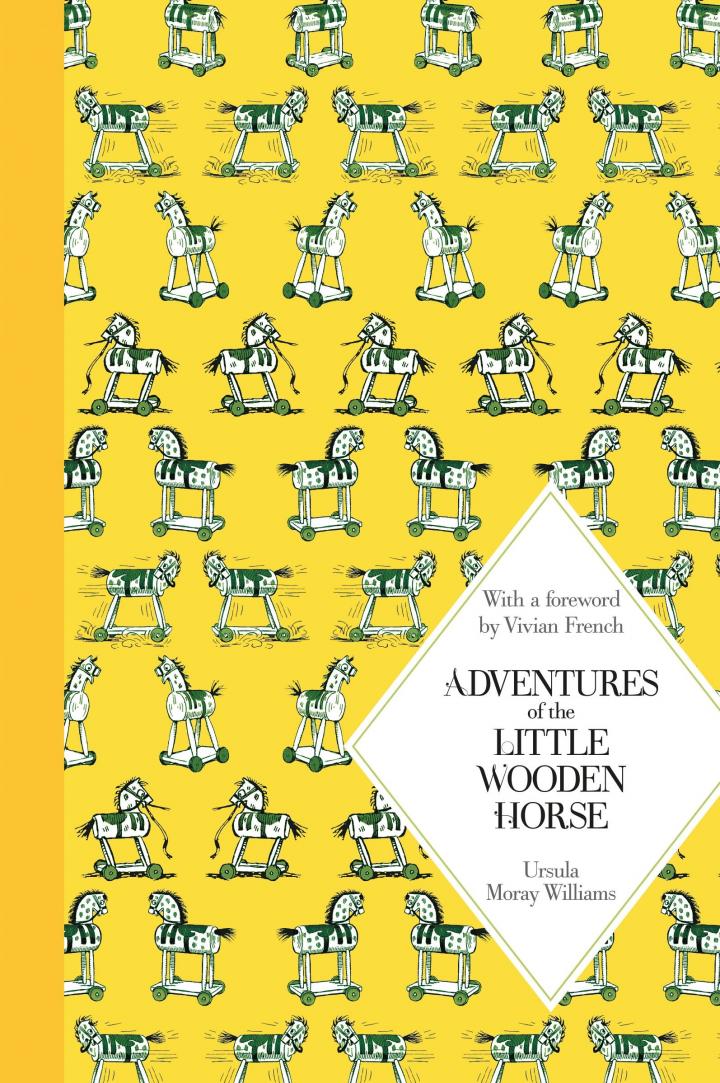 Adventures of the Little Wooden Horse by Ursula Moray Williams

When Uncle Peder the toymaker falls on hard times, his little wooden horse must go out into the world to seek his fortune. And the world is a hard place – the little wooden horse finds himself working in a coal mine, sailing the seven seas with a band of pirates, and walking the tightrope in a circus. All the time, the brave little horse has only one wish – to return to the master he loves. There are some sad moments in this beautifully-written story of trials and tribulations, but the little wooden horse eventually finds his happy ending. 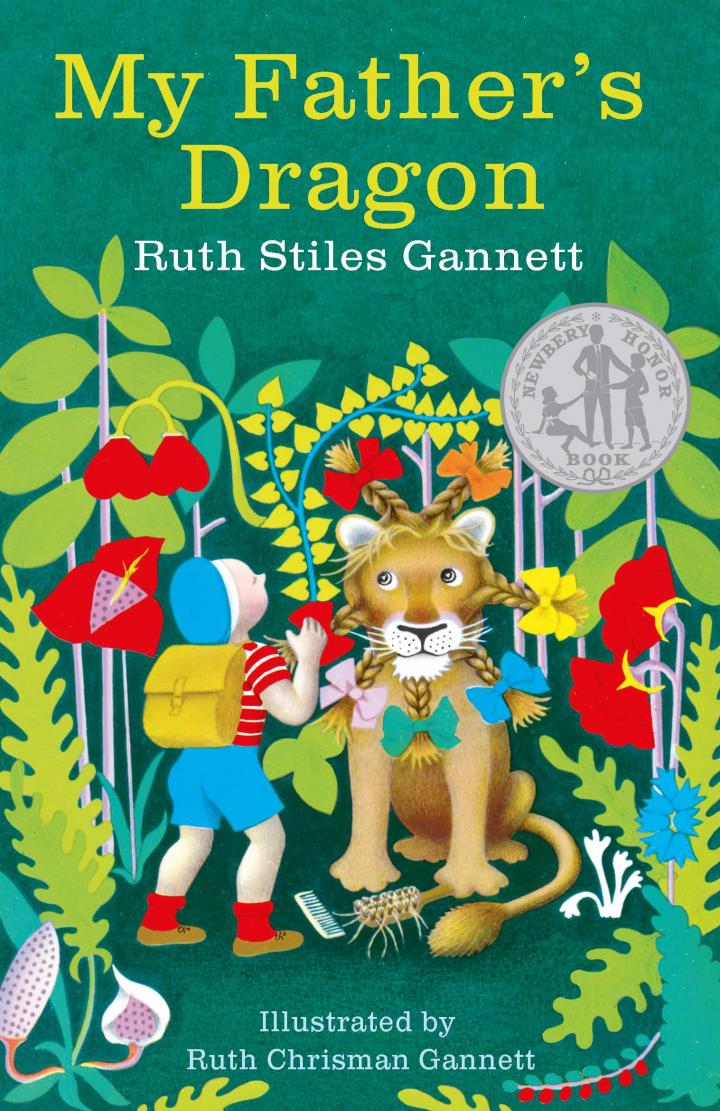 An American classic that's never been out of print since it was published in 1948, My Father's Dragon is an illustrated adventure story, perfect for kids who are graduating to chapter books. Elmer Elevator sets off to rescue an baby dragon, held hostage on Wild Island, armed only with the contents of his trusty backpack: chewing gum, two dozen pink lollipops, rubber bands and rubber boots, a compass, a toothbrush and a tube of toothpaste, six magnifying glasses, a comb and hairbrush, 25 peanut butter and jelly sandwiches and six apples! The next two books in the trilogy, Elmer and the Dragon and The Dragons of Blueland, are also available.