Divorced, beheaded, died! Divorced, beheaded, survived! During the Tudor period, arguably one of the most exciting times in history, one family dominated the country with two of the strongest monarchs ever to sit on the throne, Henry VIII and Elizabeth I. Find out about these rulers and more with teacher and children's book reviewer Scott Evans' pick of the best Tudor stories and novels.
Login or Register to add to your saved resources 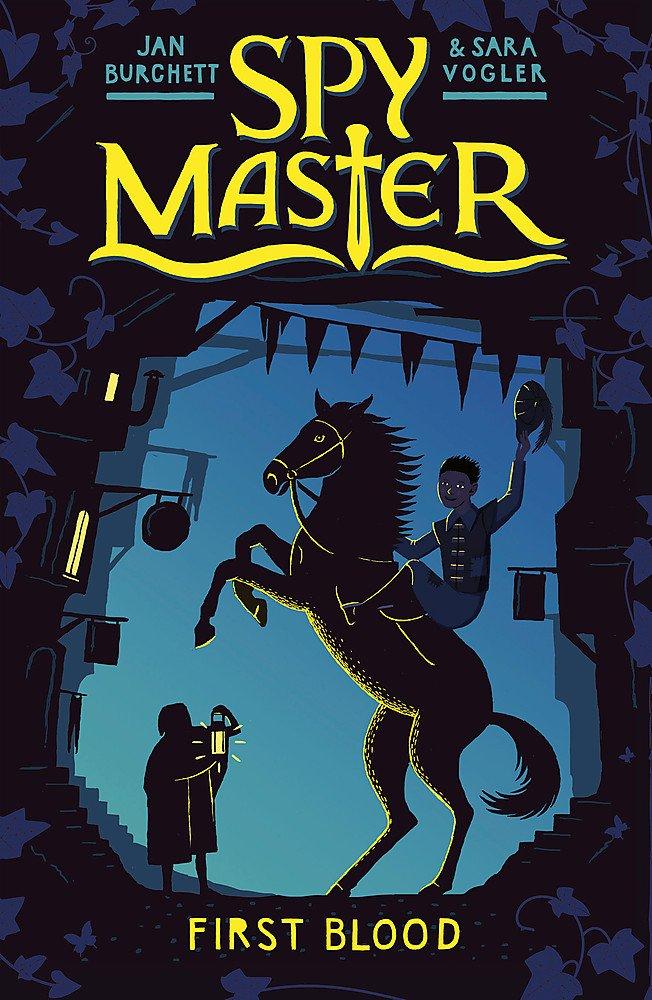 An exciting, pulsating series (also available are Traitor's Game; Deadly Storm & Fatal Voyage; Silent Enemy & The Walk of Death) that tells the story of Jack Briars who becomes apprentice to King Henry VIII's right hand man, in turn becoming a spy master! Jack's new life is exciting but one mistake could lead him to danger... If you want a fictional glimpse in to what life was really like behind the scenes of the world's most powerful man at the time, you have to read this! 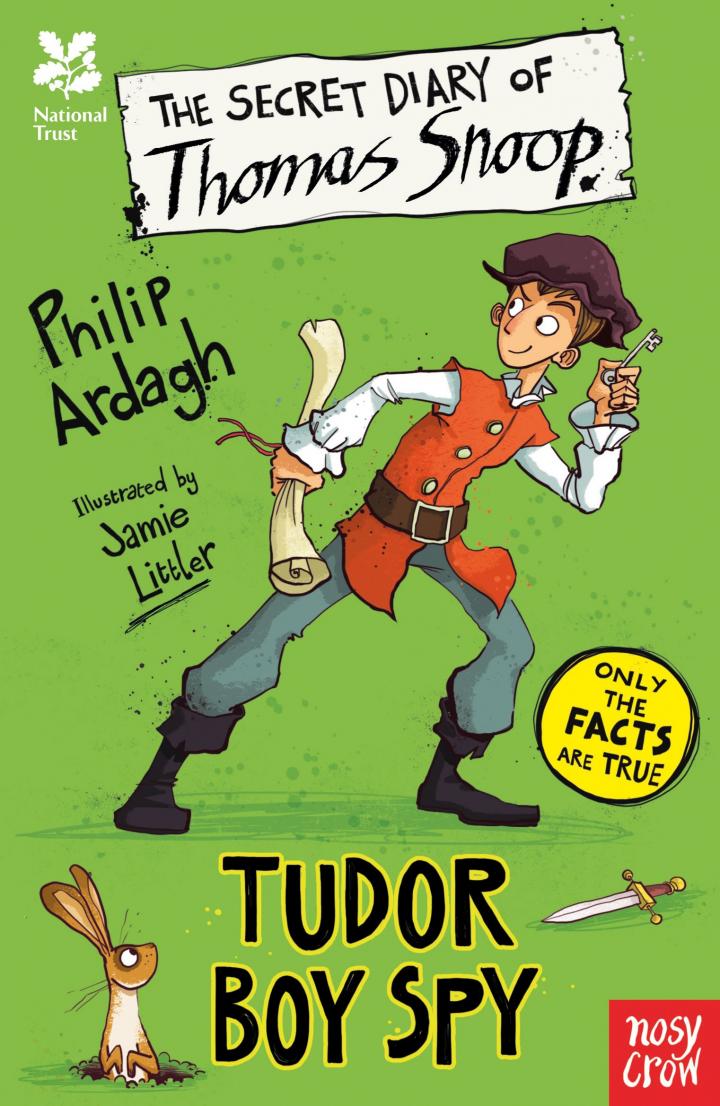 The newest title in Ardagh's The Secret Diary of... series tells the story of Thomas Snoop, in training to become a spy and uncover traitors plotting treason against the king. Published in partnership with the National Trust, you can be guaranteed of a fun read filled with facts and historical trivia. 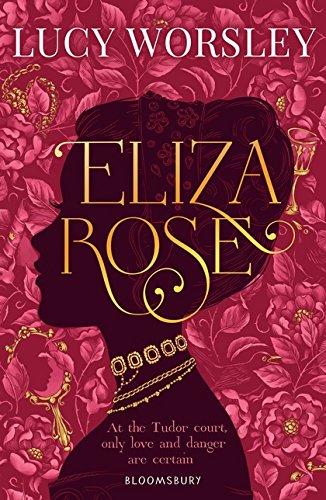 Written by renowned historian and popular television presenter Lucy Worsley, Eliza Rose takes you back to the time of the Tudor court of Henry VIII and Lady Mary to the time of his divorce from first wife, Catherine of Aragon. Aimed at slightly older readers (10+), these novels both provide a thrilling insight to life behind the closed doors of the palaces, written by an author with a prolific knowledge and understanding of the period. 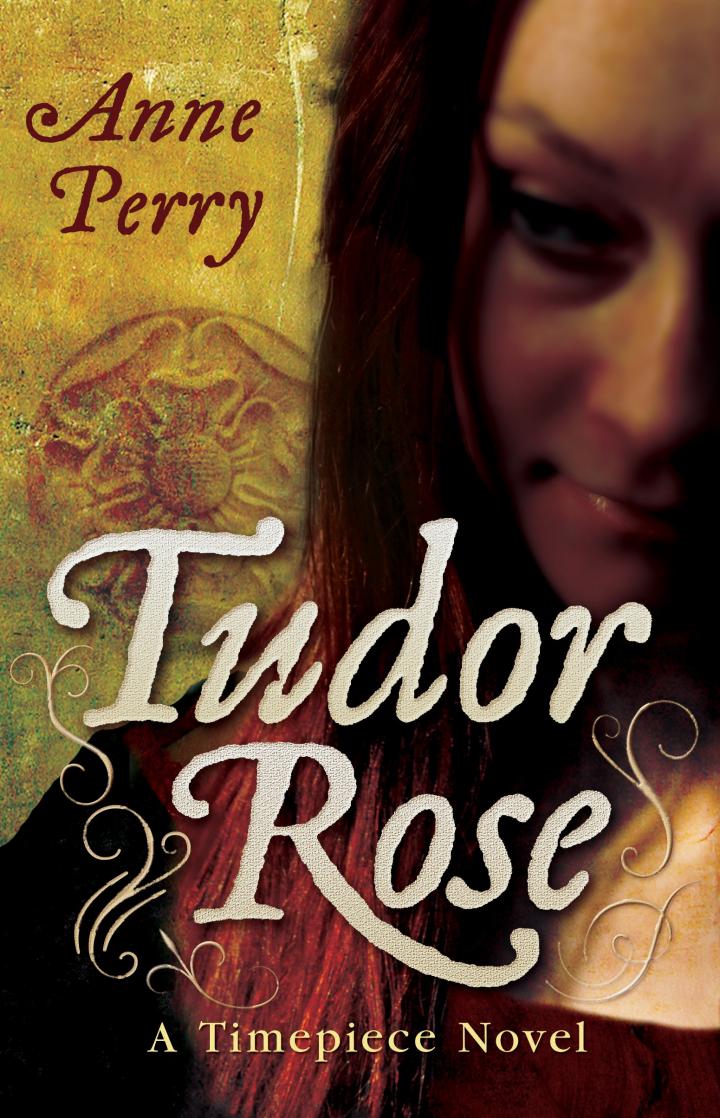 A time-travelling tale where a mysterious watch brings together Rosie Sands, a modern-day twenty first-century teenager and Queen Elizabeth I in 1588. Waking up in Elizabeth's court, Rosie becomes embroiled in the battle with the Spanish Armada. Can over four hundred years of history actually help them to work together to overcome this threat to the nation...? 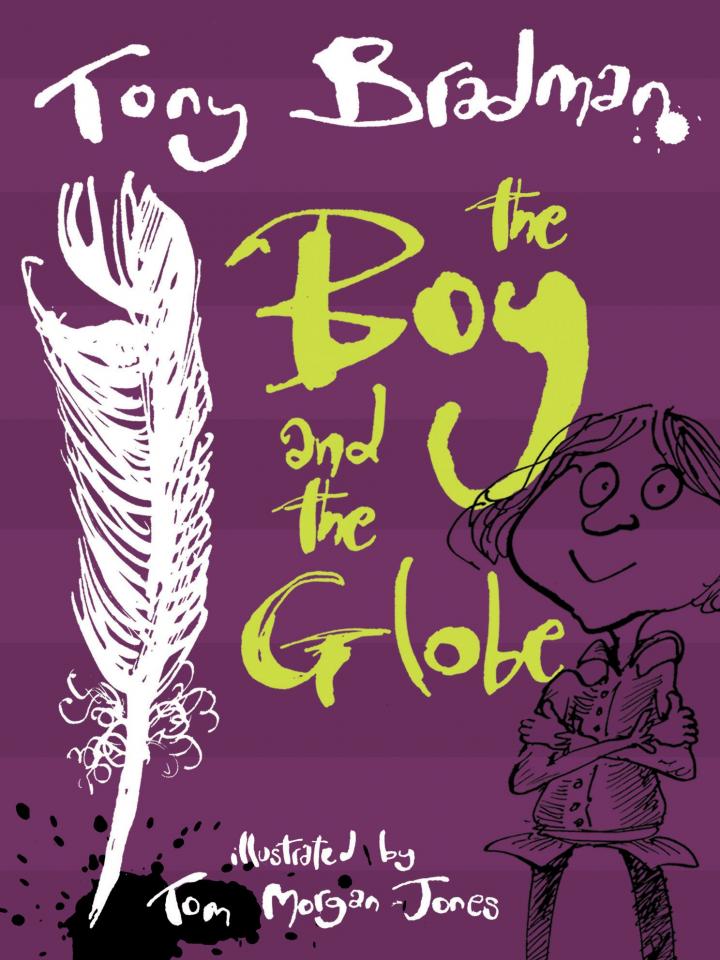 The Boy and the Globe by Tony Bradman

Bradman masterfully mixes fact and fiction in this little gem where Toby, an orphan and street-child, and William Shakespeare himself become the unlikeliest of friends. Suffering from writer's block and resenting being a playwright, William finds inspiration in Toby to help enthuse him to write his next play. A lively, likeable tale that comes very much recommended. 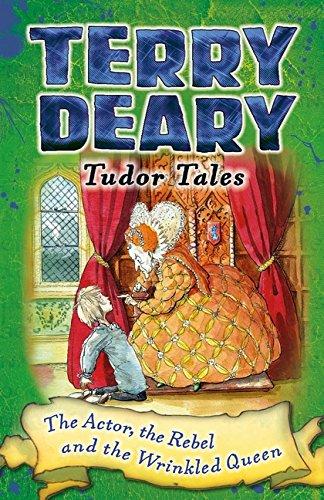 Tudor Tales: The Actor, the Rebel and the Wrinkled Queen by Terry Deary

Deary, the king of historical non-fiction, proves he can turn his hand to historical fiction in much the same manner. Looking at the Tudor world through the eyes of the children that could have lived through, this series (The Maid, the Witch and the Cruel Queen; The Prince, the Cook and the Cunning King; The Thief, the Fool and the Big Fat King) will help your children understand it in more detail. Featuring real people and recognisable settings, these short chapter books are engrossing reads that you know you can finish before bedtime! 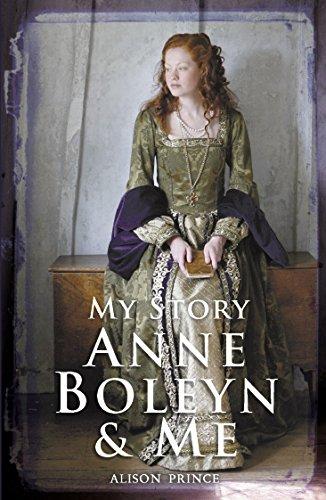 Anne Boleyn and Me (My Story) by Alison Prince

The My Story series offers first-person accounts of major historical periods; this fictional account of life at the court of Henry VIII brings the intrigue and excitement of life at the palace to life very effectively. If your child enjoys this story, Henry VIII's Wives (My Royal Story), by the same author, brings together the lives of all Henry's six wives through the fictional words and accounts of young courtiers serving at the royal palaces. A fascinating and riveting read that is sure to ignite a passion for learning more about the Tudors. 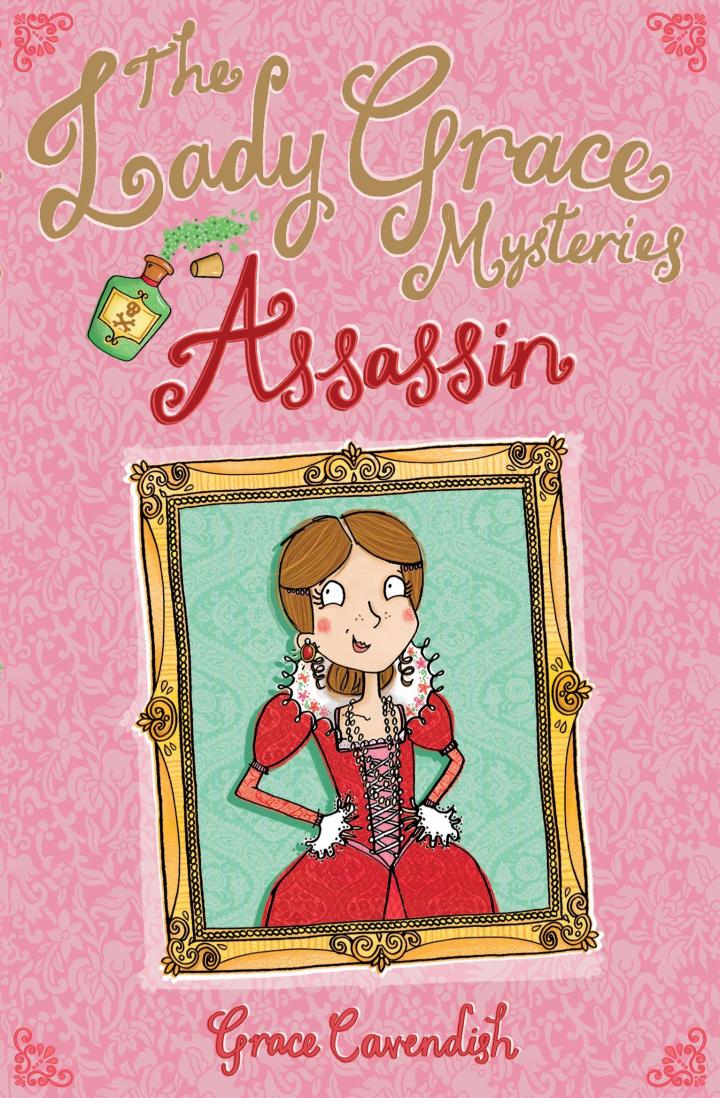 Growing up in the Royal Court sounds like it's a world of lavish parties, wealth and good times however there's also a hidden world of mystery, danger and death underneath all of this for Lady Grace, Her Majesty Queen Elizabeth's favourite Maid of Honour and Special Investigator. A mystery series that KS2 readers will race through. 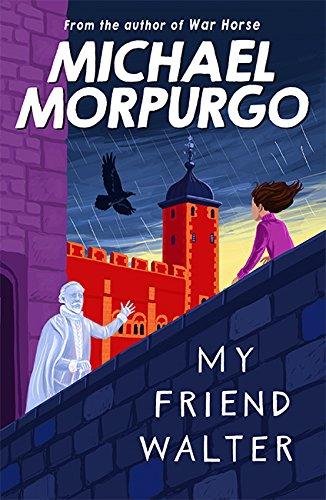 My Friend Walter by Michael Morpurgo

As Bess meets the ghost of Sir Walter Raleigh, she discovers he's her ancestor. How will she explain this to her family, especially when he breaks her brother’s fishing rod, steals a horse and smokes cigars in her room? A funny clash-of-cultures tale from master story-teller Michael Morpurgo. 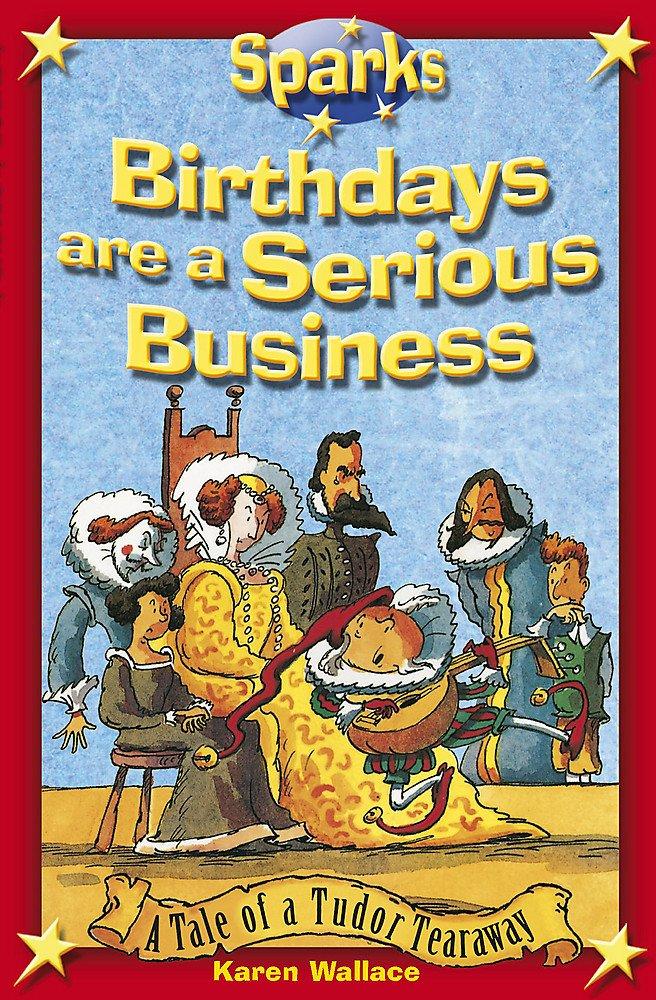 Tudor Tearaway: Birthdays are a Serious Business by Karen Wallace

A laugh-out-loud stories (also available are Dancing for Captain Drake; A Horse Called Deathblow; A Pig Called Henry) for younger readers. Out of print at the moment but if you can get your hands on them (second-hand copies are available), most definitely a series that will delight. 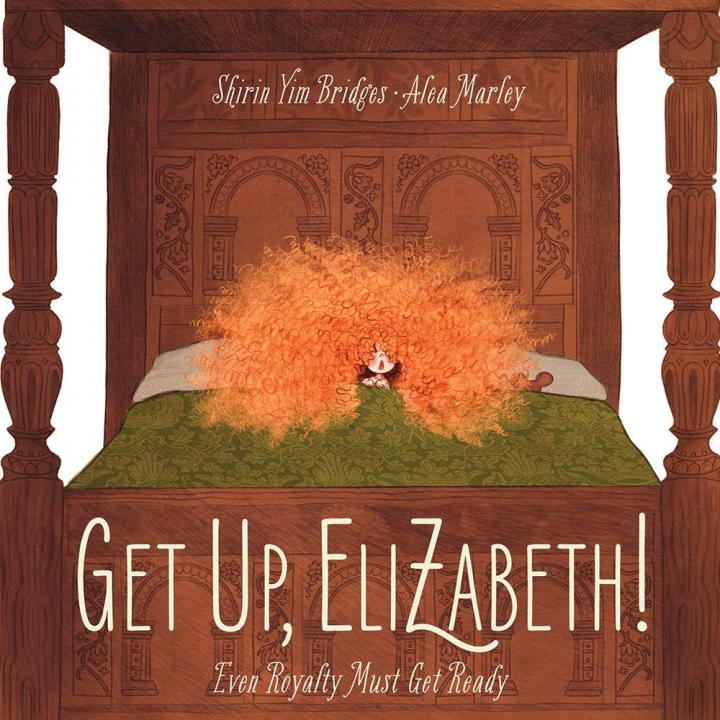 Get Up, Elizabeth! by Shirin Yim Bridges

Even a future queen has to have a waking-up routine – but the Princess Elizabeth's includes scrubbing her face with almond paste, brushing her teeth with soot, wearing a ruff and having gems clipped into her hair! A snapshot of Tudor life, customs and fashions for young children, packed with gorgeous illustrations and period details. 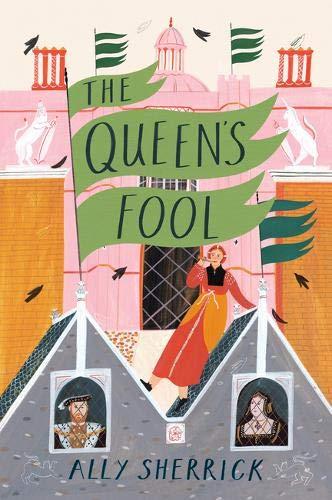 The Queen's Fool by Ally Sherrick

Children's historical fiction author Ally Sherrick weaves fact and fiction together in this action-packed adventure set at the court of Kind Henry VIII. The sights, smells and sounds of the Tudor period are the background to a warm, uplifting story about a brave girl who thinks differently and her love for her sister (there are plenty of excellent villains, plots and schemes to outwit and trusty sidekicks, too!). 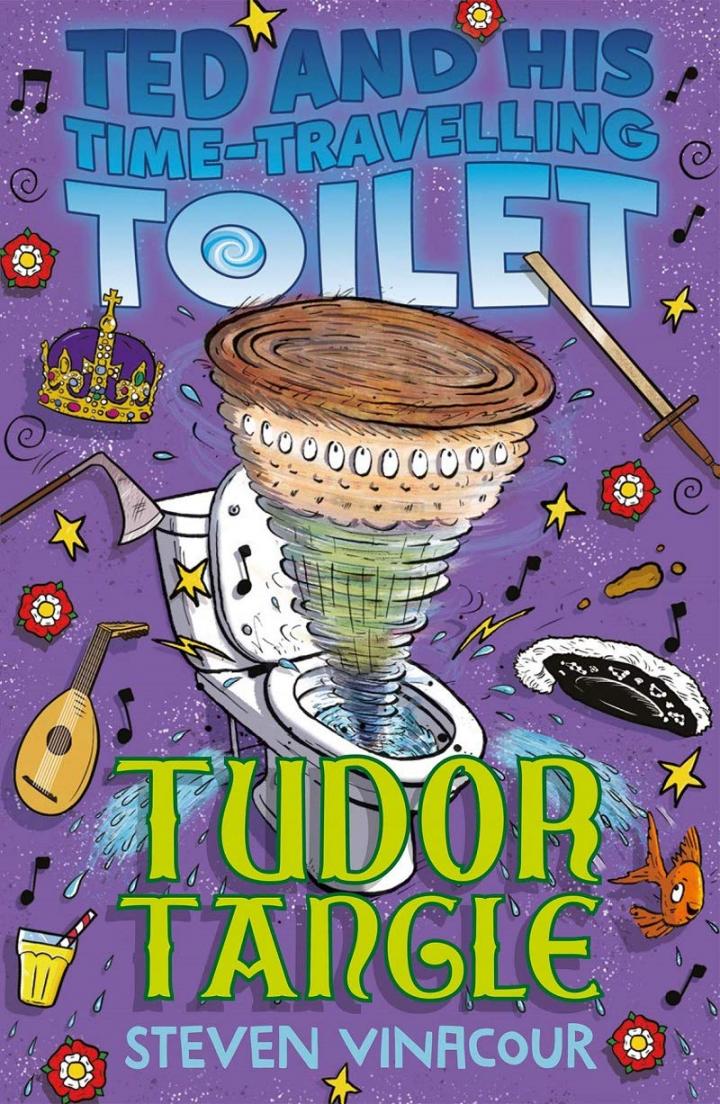 Ted and his Time-Travelling Toilet: Tudor Tangle by Steven Vinacour

Ted accidentally discovers that his toilet allows him to travel back in time to any point in history and his slightly soggy, full-immersion trips through history land him first in ancient Rome and then in Tudor times. Will dance lessons and kingly tips from Henry VIII himself improve his chances of becoming prom king to his crush Chloe Onions? Packed with adventure, toilet humour, silliness and real history facts, this is a great read for KS2 kids.