What are equilateral, scalene, isosceles and right-angled triangles?

Children learn to classify triangles as equilateral, isosceles, scalene or right-angled in KS2 geometry. Our guide for parents explains everything you need to know about triangles in primary school, from working out the area to calculating the internal angles.
Login or Register to add to your saved resources

What is a triangle?

A triangle is a polygon with three sides and three angles. It is a 2D shape.

When do children learn about triangles in primary school?

Children begin learning about 2D shapes in Year 1, where they learn to recognise and name circles, triangles, squares and rectangles.

In Year 2, children will learn how to describe the properties of 2D shapes; for example, they will be able to say of a triangle: ‘It has three sides’.

They will also be asked to recognise line symmetry in shapes; for example, this triangle has a vertical line of symmetry: 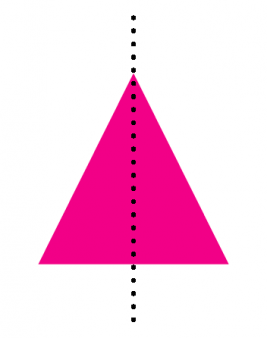 In Year 3, children start learning about right angles. For example: they may be given the following shapes and asked to say which have right angles:

Answer: only the first one does.

In Year 4, children will be asked to compare shapes, based on their properties and sizes. For example: they may be asked to put ticks on each of the following shapes that have parallel lines (they will have learnt about parallel lines in Year 3):

Answer: the top angle is obtuse (bigger than a right angle) and the bottom two angles are acute (smaller than right angles).

This learning will feed into learning how to classify triangles under the following names:

What is an equilateral triangle? 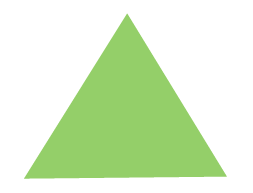 What is a scalene triangle?

A scalene triangle's three sides are all unequal. 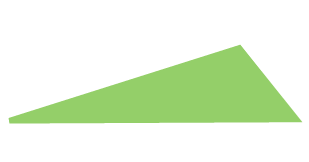 What is an isosceles triangle?

What is a right-angled triangle?

A right-angled triangle has an angle that measures 90º.

In Year 5, children continue their learning of acute and obtuse angles within shapes.

In Year 6, children are taught how to calculate the area of a triangle. There is a basic formula for this, which is:

This means that you multiply the measurement of the base by the height, and then divide this answer by 2.

For example, this dark green triangle has a base of 6cm and a height of 4cm. We multiply these to make 24cm and then divide this by 2 to make the area which is 12cm². (If we didn't divide by 2 we'd be calculating the area of a rectangle, represented below by the total green area.) 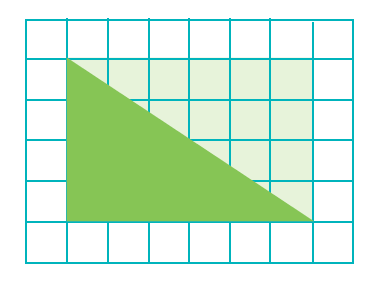 They are taught that the internal (inside) angles of a triangle always total 180º. They may be given a diagram like this (not drawn to scale):

The child would need to work out that the two angles shown equal 70º. Therefore, for the three angles to total 180º, the third angle must be 110º.