Is your child struggling with KS2 maths? Help them learn effectively and boost their number confidence in Year 3, 4, 5 and 6 with some useful calculation strategies and tips from primary teacher Phoebe Doyle.
Login or Register to add to your saved resources

Times tables are just so tricky (not to mention tedious) to learn, but they really are essential building blocks for much of later maths. Thankfully, some of the tables lend well to some useful tricks that, once learned, making knowing them easy peasy.

5 times table trick
Multiply the number by 10 instead of 5, then halve your answer.

9 times table trick
Hold both hands up in front of you. Whatever you’re multiplying by (for example 9), hold down that finger (starting from your left hand, so finger 9 is your right ring finger). The fingers to the left of the bent finger are the tens (in this case 80), and the fingers to the right the units (in this case 1; 9 x 9 = 81). 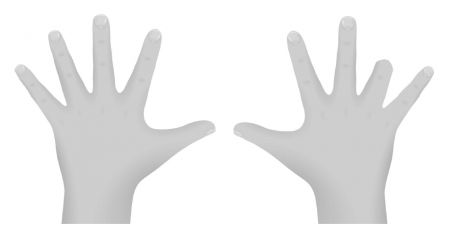 All times tables
Make up rhymes and mnemonics, for example: Eight times eight fell on the floor, picked it up it's sixty four.

Use what you know to help with what you don’t:

Teachers tell children this from Year 1 onwards, but it’s really important to remember it, even when doing maths at secondary school (and beyond). When working with numbers there are often patterns to be found which can really help you to work out calculations.

Checking answers – does that look right?

When you’ve completed a calculation, take a moment to look at it and the answer. Ask, does that look right?

For example, if you were multiplying a whole number by 6300, the number is going to be large and, as long as the whole number is not 1, bigger than 6300. You can also help to check answers by getting into the habit of doing rough calculations prior to completing the answer and seeing if they are approximately right or by using the inverse operation (so addition to check subtraction and vice versa and multiplication to check division).