What are odd and even numbers?

We explain what odd and even numbers are and how primary-school children are taught about this concept in KS1 and then have to apply this learning in KS2.
Login or Register to add to your saved resources

What are odd and even numbers?

Children in Key Stage 1 need to learn about odd and even numbers.

An even number is a number that can be divided into two equal groups.

An odd number is a number that cannot be divided into two equal groups.

How children learn about odd and even numbers

Teachers will often give children counters to help them understand odd and even numbers. They may give children a set of numbers, for example:

and then ask them to count out each number in counters, then organise the counters into two equal groups. Sometimes it is helpful to give them a piece of paper with two circles on it, so that they can count the counters out into the circles.

It is important that children become confident with this skill in Key Stage 1, as in Key Stage 2 they will be asked to answer questions based on a firm understanding of odd and even, for example:

Organise these numbers into the Venn diagram. 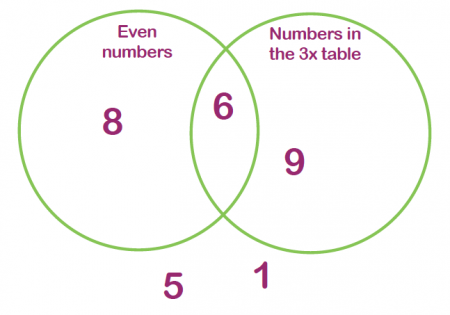 Children may also solve puzzles and investigations that require knowledge of odd and even numbers. For example:

All multiples of 6 are even. Is this true or false?