What is a Venn diagram?

Venn diagrams are often used to sort data in primary school. Find out what parents need to know about how to complete and read a Venn diagram correctly, plus how they're used in the classroom in KS1 and KS2.
Login or Register to add to your saved resources

What is a Venn diagram?

A Venn diagram shows the relationship between a group of different things (a set) in a visual way. Using Venn diagrams allows children to sort data into two or three circles which overlap in the middle.  Each circle follows a certain rule, so any numbers or objects placed in the overlapping part (the intersection) follow both rules.

Venn diagrams encourage children to sort objects or numbers according to given criteria. Learning how to sort begins in Key Stage 1, when teachers may ask a child to sort a group of objects into two groups according to certain rules. For example, they may be given these shapes and asked to put them into either one of the following two circles: 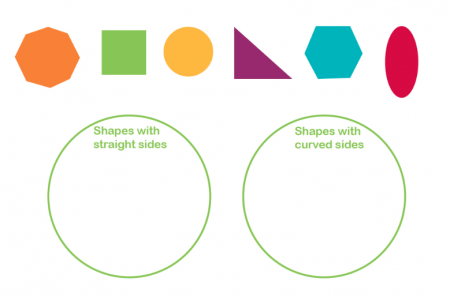 A Venn diagram is when the two sorting circles overlap in the middle. Children need to think about how to sort something according to the two rules. For example, they might be asked to sort the numbers 5, 8, 10, 25 and 31 in the following Venn diagram: 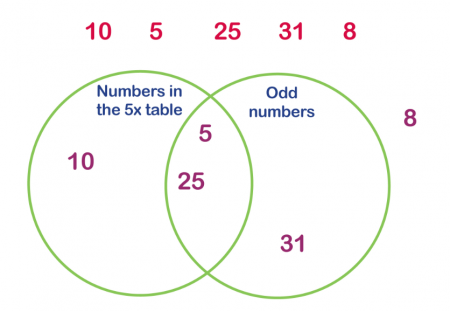 More advanced activities involving Venn diagrams might include reading bar charts or using their knowledge of multiples to find information to sort into a Venn diagram.

Venn diagrams are a great way to combine skills: children can practise data-handling while learning about properties of shapes or number facts.