What are standard and non-standard units?

What are standard and non-standard units?

Standard units are the units we usually use to measure the weight, length or capacity of objects. The standard (metric) units that would be discussed at primary school would include: grams and kilograms, centimetres, metres and kilometres, millilitres and litres (though children also learn about imperial units in Year 5 maths).

Non-standard units are used by children in Foundation Stage (nursery and Reception) and Year 1, to introduce very young children to the concept of measuring without them having to read any scales. Reading scales of any kind is a challenging skill in itself, so the idea of non-standard measures is to focus the child on the concept of heavier, lighter, longer, shorter, etc. before they go move onto the next step of measuring using standard units.

To measure weight, a child might be given a lever balance (like the one below), a lump of plasticine and lots of equal-sized blocks. 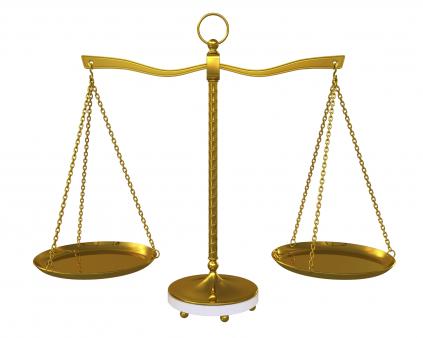 Children would be expected to use standard units of measurement in Year 2, where they would learn which equipment and units were appropriate for different objects. For example: they would need to know that you would measure the length of a pencil in centimetres using a ruler, the weight of a bag of sugar in kilograms using weighing scales and the capacity of some water in litres using a measuring jug.

By Year 3 children would continue to do practical work on measuring as in Year 2 as well as problem-solving on paper, and they would also start to learn about the relationship between units of measurement. They would need to know the following facts:

In Year 4 they would need to be able to convert from one unit of measurement to another.

For example: they would need to know that 1.3 litres is the same as 1300ml, or 150cm is the same as 1.5m. They would continue to do practical measuring activities and problem-solving. They may come across problems where they have to convert units of measurement in order to work out the answer. For example:

Children would continue this kind of problem-solving in Year 5 and would most likely be required to solve measures problems involving all four operations (addition, subtraction, multiplication and division).

In Year 6, they would again continue this kind of problem-solving, but would be required to convert between units using decimals to three places, for example: change 6.283 kilograms to 6283 grams and vice versa.