Fables tell us a story and teach us a lesson at the same time and we've been hearing them, retelling them and writing them for over two thousand years. We explain how primary-school children learn about fables and Aesop in our guide for parents.
Login or Register to add to your saved resources

A fable is a story that features animals, plants or forces of nature which are anthropomorphised (given human qualities). A fable always ends with a ‘moral’. This is the lesson that is intended to be learnt through reading the story.

One of the most famous fables is The Hare and the Tortoise. In this fable, both animals are anthropomorphised in that they can speak and are competing against each other in a race. The arrogant hare stops to sleep halfway through the race because he is convinced he has enough time to do this and then rejoin the race and win it. Meanwhile, the slow but determined tortoise keeps going and wins while the hare is asleep.

Most of our best-known fables are thought to have been written by a man called Aesop, who is believed to have been a slave in Ancient Greece around 550BC.

A traditional tale is a story that has been told and re-told for many years, also known as a fairy tale (for example, Cinderella or Little Red Riding Hood).

How do fables and myths differ?

If children are introduced to fables at primary school, it is most likely to be in Key Stage 2.

They would start by reading a range of fables to give them a feel for the genre. They might then carry out a variety of activities, such as writing a diary entry as a character in a fable, acting out the fable in a group and re-telling the story verbally to a partner or in front of the class. Children would then write their own fable (either their own version of a fable they have read, or entirely their own creation), paying attention to the conventions of fable writing (anthropomorphised animals, a moral, etc.)

Fables at home: how you can help your child

You can help your child at home by reading fables with them and encouraging them to talk about what they have read. Free Aesop fables to listen to are available on the Storynory website.

The charity Save a Cow has produced a free collection of African fables to download, including Why the Warthog is on his knees (Zulu) and How the Desert came to be (Ghana).

Ask them plenty of questions about the characters to help them with reading comprehension, including questions where retrieval of information is required (‘Who else was running in the race?’) as well as questions that rely on inference (‘Can you find a sentence that tells us that the hare was over-confident?’) and also questions that rely on deduction (‘What do you think the tortoise was thinking as he was doing the race?’).

Aesopfables.com is an enormous and comprehensive online collection of 655+ fables, indexed in table format, with morals listed. The resource is free to use.

Also recommended is The Orchard Book of Aesop's Fables (£12.99, Orchard Books), a new retelling from Michael Morpurgo, with illustrations by Emma Chichester Clark. The best-known stories (The Hare and the Tortoise, The Lion and the Mouse, The Fox and the Crow) are included in the collection, perfect for KS1 children. 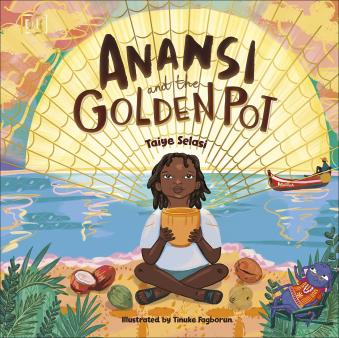