Terrifying ogres, nasty pirates, a rainforest adventure, two evil toy thieves and a ghostly boarding school make these books the perfect choice for sharing with your eight year old. Snuggle up and get reading!
Login or Register to add to your saved resources 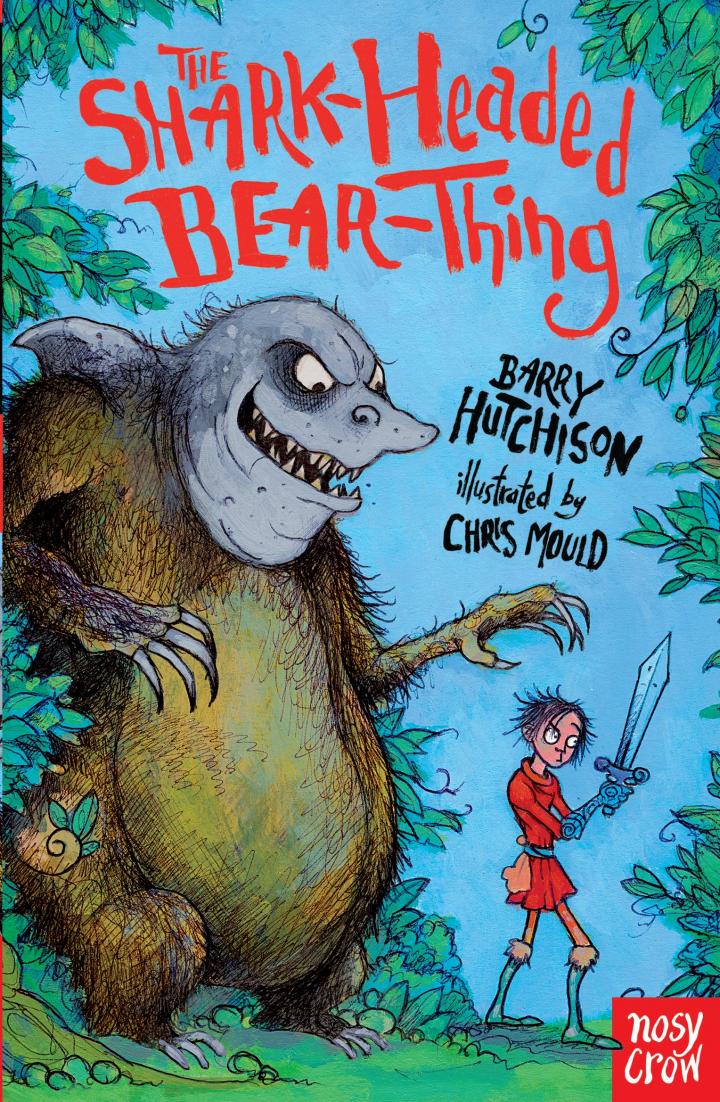 Benjamin Black is looking for adventure. One day a mysterious girl visits his uncle, Tavish the blacksmith, begging for his help to defeat a monster. Ben is desperate to help. However, he's not the most imposing of warriors and is even knocked out by a slice of flying bread. Perhaps he's not the best boy for the job after all? But when Uncle Tavish takes Ben down into the basement, he learns that his parents were actually members of the Monster Hunter Guild and Ben realises it's time to face his destiny. Can Ben face his fears and save the day? A riotous adventure full of ogres, perilous danger, wizards and monstrous mayhem! 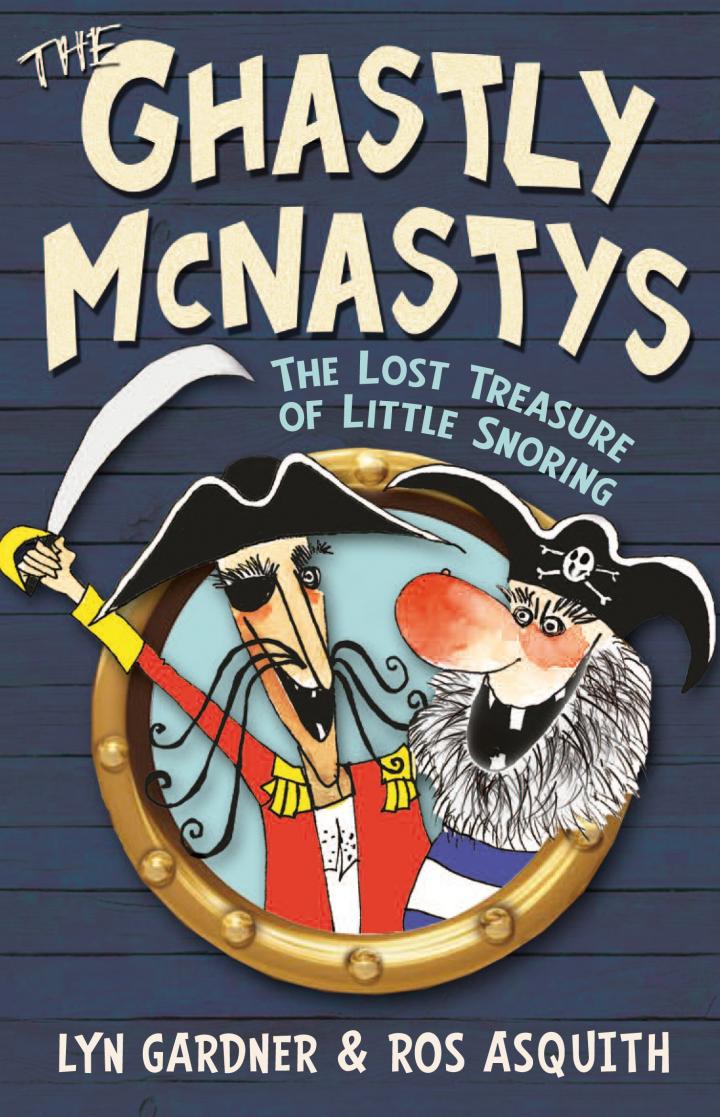 The Ghastly McNastys: The Lost Treasure of Little Snoring by Lyn Gardner

Wanted: dead or alive! The McNasty Twins are the nastiest pirates to ever sail the Seven Seas. Captain Gruesome's moustache is even home to 761 nits, 77 fleas and a ferret! They spend their days causing havoc, plundering and looting. Meanwhile, the University of Greater Snoring is offering a large reward for anyone who can uncover Captain Syd's long lost treasure and Tat and Hetty are desperate to find it. The McNasty Twins soon hear of the hidden treasure and plan a deeply disgusting and devilish plan to swipe the treasure from under the children's noses. The McNasty Twins are gloriously mean and ghastly and the story is full of action, clues, hidden messages, amusing asides and engagingly clever illustrations. 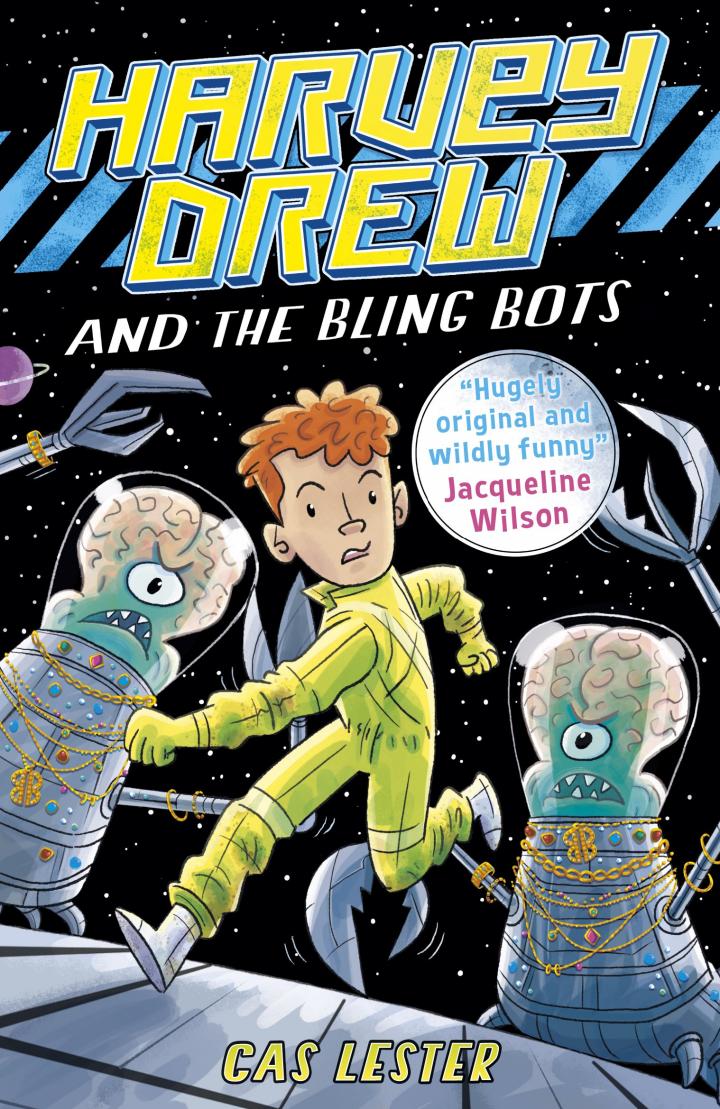 Harvey Drew and the Bling Bots by Cas Lester

The Toxic Spew is the ghastliest, grossest spaceship in Galaxy 43b. It's full of pizza boxes, sweet wrappers and an array of litter. The crew have purple faces, multi-coloured hair, are from the planet Zeryx Minor and are led by Harvey. Despite his inexperience, Harvey is a quick learner. So when the garbage collecting crew receive a strange distress call from the SupaCosmicCargo crew, who are carrying a cargo of the valuable Techno-tium, the decision seems obvious. All Harvey and his crew have to do is rescue the crew and claim the precious cargo for themselves. What could possibly go wrong? Plenty of crude jokes, space adventure, chaos, gadgets, suspense, aliens and silliness make this the perfect book to read together with eight year olds.

Elspeth Hart and the Magnificent Rescue by Sarah Forbes

Elspeth has escaped the clutches of the evil Miss Crabb and Gladys Goulash (who were trying to get hold of her family's secret recipe for sticky toffee sauce) and is on her way to Australia in order to find her missing parents. Unfortunately for Elspeth and her best friend Rory, Miss Crabb and Gladys Goulash are also on their way to Australia and are intent on trapping them. Elspeth soon finds herself in the Never-ending Rainforest; beyond the waterfall is the Lost Valley, a terrifying place said to be haunted. It will take all of Elspeth's courage and bravery to face her fears, find her parents and outsmart the two old crones chasing her! A thoroughly enjoyable adventure, with hilarious villains, a plucky, courageous lead character, plenty of peril and adventure and a thrilling ending. 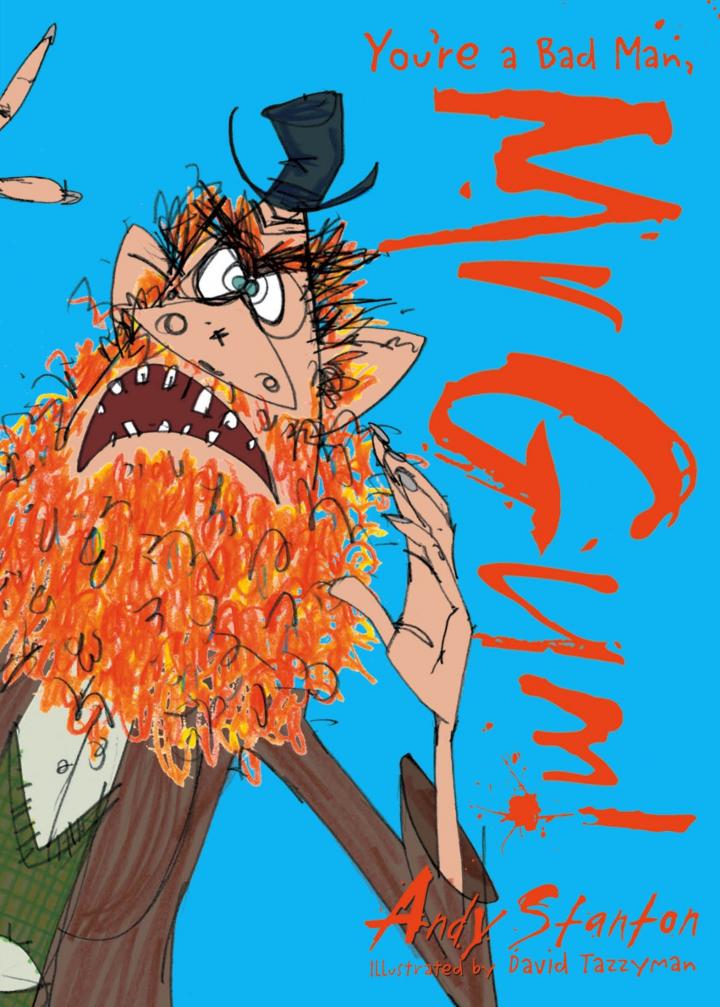 You're a Bad Man, Mr Gum! by Andy Stanton

Mr Gum is a mean, fierce old man with a big red beard and bloodshot eyes. He hates children, corn on the cob, animals and fun. He spends his life scowling and has turned his house into a filthy pigsty. However, his garden is the loveliest, greenest garden you could ever see. Why? Because if he doesn't keep it tidy, an angry fairy appears in his bath tub and whacks him with a frying pan! For fans of Horrid Henry and Diary of a Wimpy Kid, this is a real treat. Wacky Mr Gum is a wonderful character – anarchic and unapologetic – and young children (and adults) will find plenty to laugh at over the course of this frenzied, fun story. 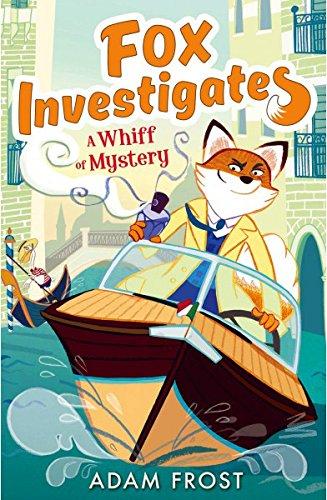 Fox Investigates: A Whiff of Mystery by Adam Frost

Solving crime in record time! Wily Fox is the world's greatest detective and is in Italy on an important case. Adolfo Aroma, the famous perfume maker, is set to launch a new scent, Smellissimo. However, on the day of the big reveal, a  revolting, yellow gas is released into the audience and the perfume is stolen. It's up to the world's greatest detective to save the day! A spy story full of intrigue, double-crossing baddies, codes to crack, gadgets and high-octane adventure. 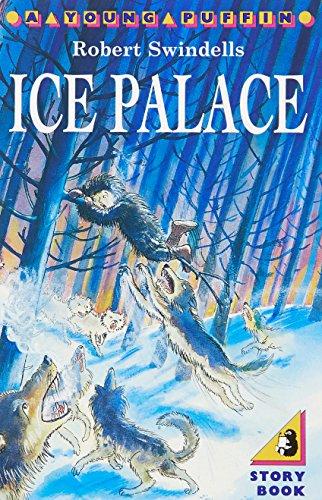 Ivan and his brother live in a village in the shadow of a great forest. They spend their summer days singing and laughing, but as winter approaches each year, fear grips the village. Starjik and his pack of terrifying wolves come in the dead of the icy night and each morning a child is gone, never to be seen again. One morning, Ivan wakes to find his little brother has vanished. Ivan vows to find his brother, but nobody has ever seen Starjik's land and lived to return. Can Ivan cross the icy plains, enter Starjik's terrifying cavern and rescue his beloved brother? This is a chilling, exciting read, beautifully written. Each chapter is packed with thrilling adventure and action and Swindells creates a haunting atmosphere. 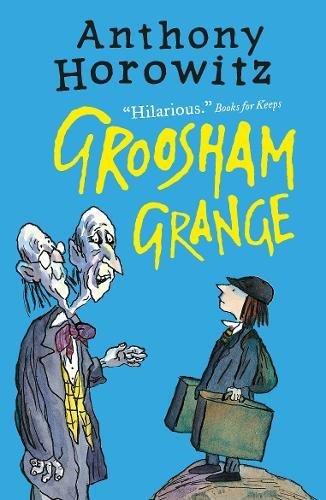 It's dinner time at 3, Wiernotta Mews and the atmosphere is decidedly frosty. David has brought home his school report and it doesn't make pleasant reading – his maths teacher fears he will "add up to very little" and his religion teacher says it would be a miracle if David even stayed awake in class! At their wits' end, Mr and Mrs Eliot send David to Groosham Grange. When David is picked up by Gregor in a hearse and taken to his new school, he soon realises that it is a very odd place. Indeed, strange things are happening at David's new school – Mr Kilgraw has no reflection, pupils have to sign their name in blood and the headmasters have a terrifying secret too. Will David escape with his life or do the sinister teachers and students have something else in mind for him? Packed full of vampires, werewolves, witches and ghosts, this is a thrilling, silly, fun adventure story with an exciting climax and a fantastic twist at the end. Perfect for fans of Harry Potter and The Worst Witch! 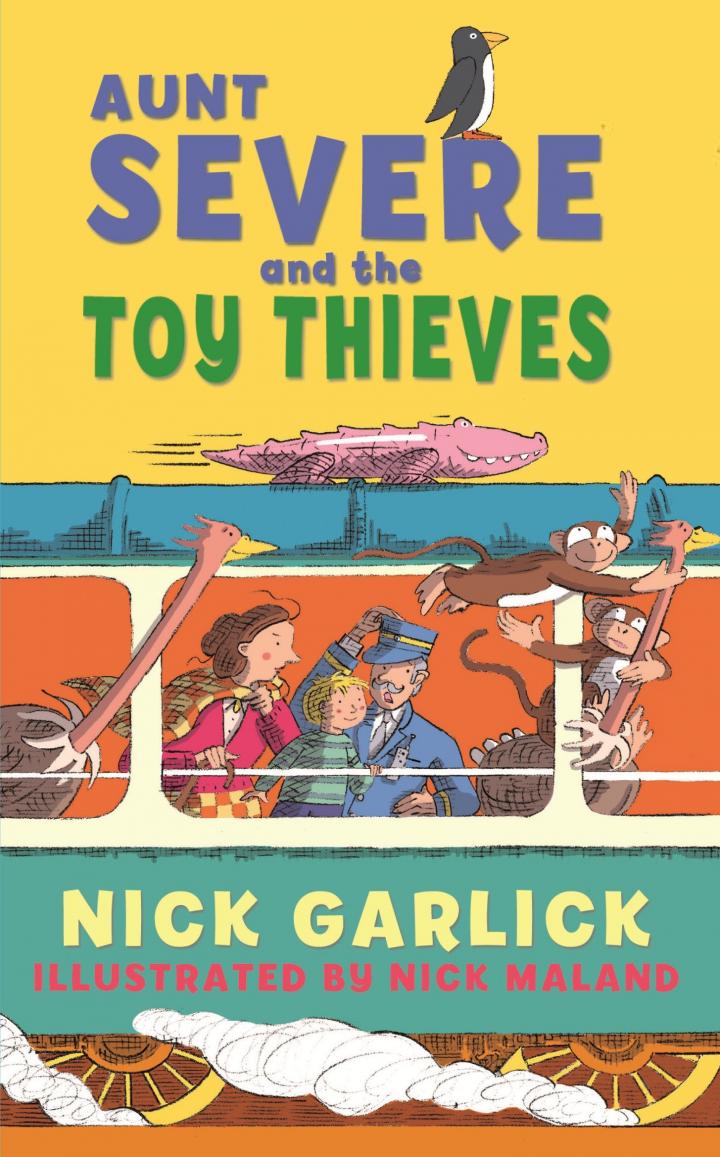 Aunt Severe and the Toy Thieves by Nick Garlick

Daniel is expecting to go and visit his Great-Aunt Emily while his parents, who are famous explorers, go to London to publicise a book about their latest adventures. But Great Aunt Emily is back to her usual self – grumpy, mean and harsh 'Aunt Severe'. Her fiancé, the Colonel, has vanished into thin air. Could it have something to do with Lionel Lurk and Sidney Slither, the international toy thieves? After being served a plate of soggy sprouts and ice cream made form mustard, Daniel sets off snooping through the Colonel's house, where he finds a sad pink crocodile, a chatty penguin, some clumsy ostriches and some monkeys. Can Daniel, his new friends and Aunt Severe solve the case and rescue the Colonel? Full of quirky humour, colourful characters and plenty of jokes, this is a fantastic story with short, accessible chapters. 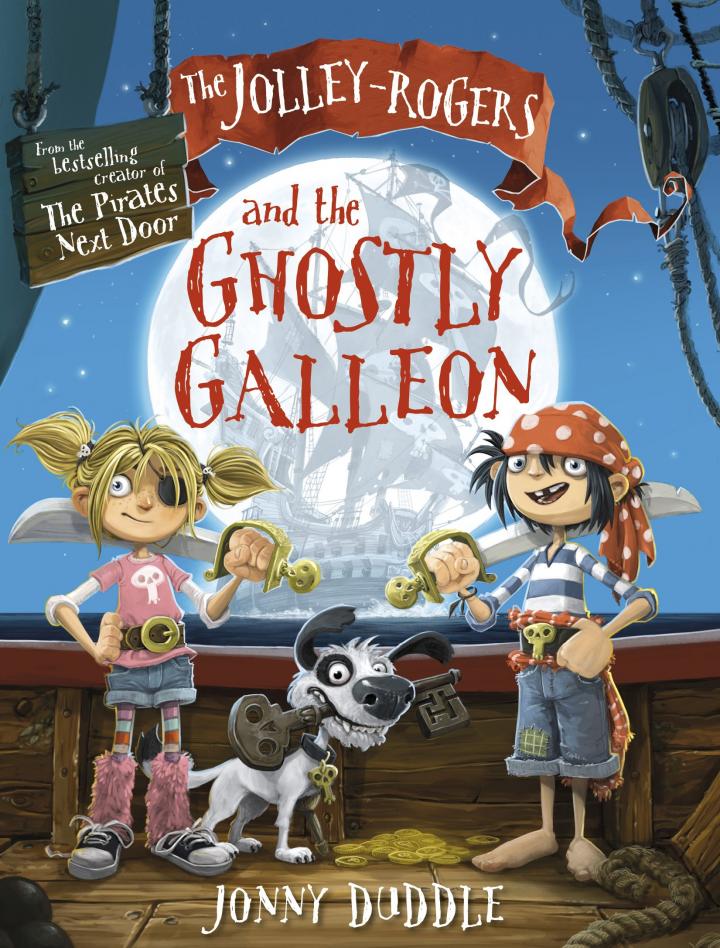 The Jolley-Rogers and the Ghostly Galleon by Jonny Duddle

The museum at Dull-on-Sea has been ransacked by pirates. Every full moon, a ghostly boat cuts and creaks through the fog and pirates loot the land, stealing valuable treasures. It's up to plucky, courageous Matilda and her pirate friend, Jim Lad, to defeat the scurvy swashbucklers and find the stolen booty! This is a great story of mean pirates, a spooky chest and plenty of action. There's even a glossary at the back of the book to help young readers understand pirate-speak. The illustrations are atmospheric and cinematic and the story zips along. An engaging cast of characters means this is perfect for sharing together; take it in turns to try out your best pirate voice!