Mechanical pirates, hungry dinosaurs, a pair of talking mice, a mischievous group of creatures called the Gigglers and two clever dogs make these books the perfect choice for new readers who are seven.
Login or Register to add to your saved resources 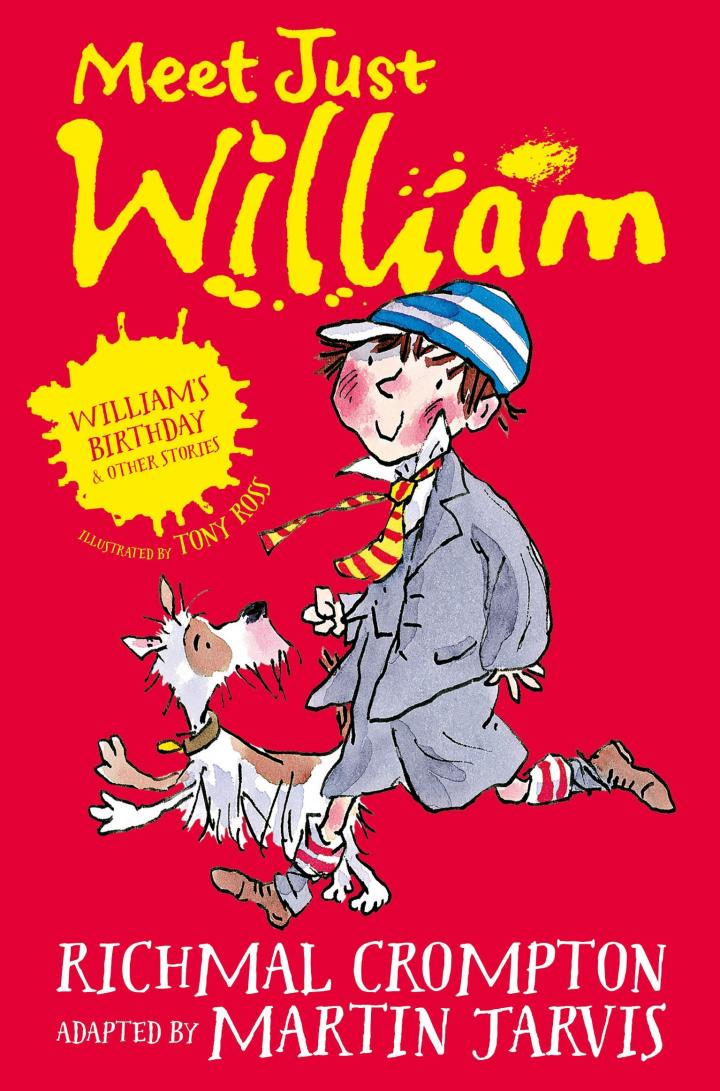 This collection of four short stories has been adapted by Martin Jarvis from the original Just William stories, written by Richmal Crompton. William Brown is a wonderful creation – cheeky, mischievous and always getting into trouble. This adaptation is easy to read and accessible, without ever compromising on the original's wit and warmth. A great early-reader introduction to the Just William stories! 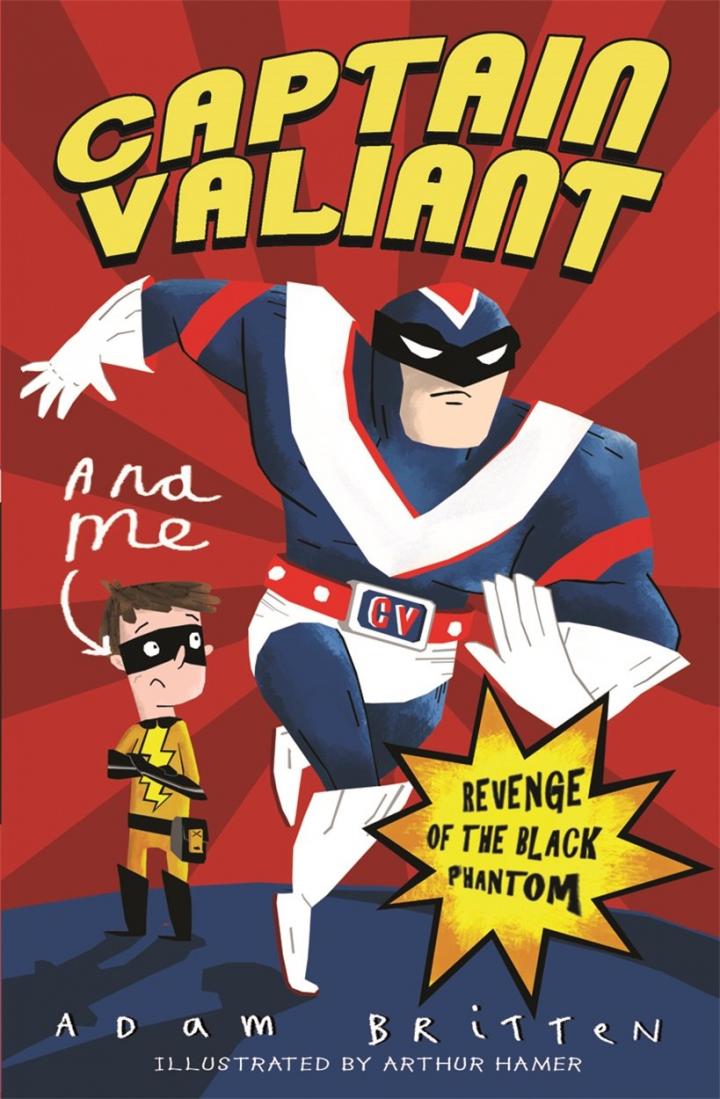 Captain Valiant and Me: Revenge of the Black Phantom by Adam Britten

Mark Taylor isn't impressed. His dad is Captain Valiant, his mum's superhero name suits her (Ms Victory) and even his sister's name, Moon Girl, is good! Poor Mark's stuck with the name Dynamic Boy and a horrible black and gold suit with a lightning flash down the front. Perhaps if his superpower weren't so rubbish, he'd actually enjoy saving the world and fighting the bad guys! So when people start transforming into dangerous beasts (or 'transmorphic energy anomalies' to be precise) it's up to this new superhero family to save the day and find out who's behind the terrifying turn of events. A quirky, tongue-in-cheek story that's great for young readers who like superheroes and adventures. It's fast-moving and action-packed and amusingly illustrated throughout, in black and white, by Arthur Hamer. 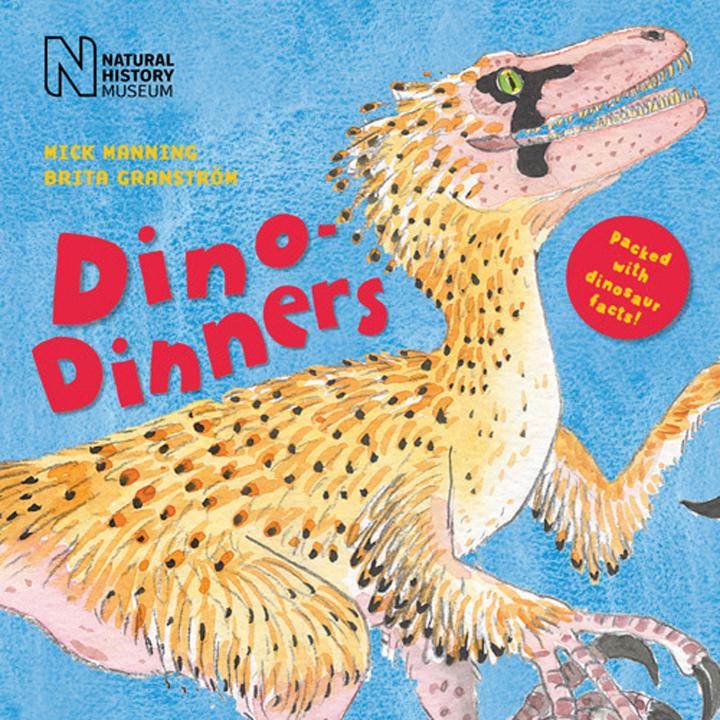 When dinosaurs got ravenous, who ate what – and who ate who? Have you ever wondered how tall a velociraptor was or what the coelophysis ate? Perhaps you'd like to know if the iguanodon was a herbivore or a carnivore or how a T-Rex kept warm? In this splendid book, you'll discover what was on the menu at dino-dinnertime. Young readers will even get the chance to learn about dinosaur poo and what it can tell experts about what dinosaurs ate! This is an informative, enthralling book that mixes vivid illustrations with poetry and interesting, accessible facts. Its mixture of humour and historic and scientific information is perfect for this age group. 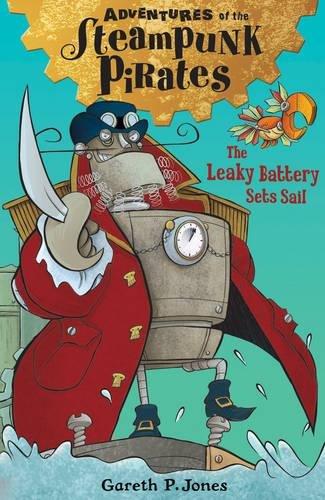 Wanted: dead or alive! The crew of the Leaky Battery, aptly named the Steampunk Pirates, are wanted for piracy, looting and treason! Meet a colourful gang of scallywags in this super adventure. There's Captain Clockhead, the unpredictable leader of the pirates, First Mate Mainspring, who you don't want to see wound up, and even Mr Gadge, who has all manner of arm attachments to fight with. In this story, the Steampunk Pirates are up to no good, scouring the seas for treasure and gold. However, the terrifying Iron Duke (who's not actually made out of iron) has other ideas and sets about trying to capture the pirates in return for a reward. Can the Steampunk Pirates outwit this new enemy? A tale that's full of action, swash-buckling adventure, moments of tension and packed with jokes and fun too. 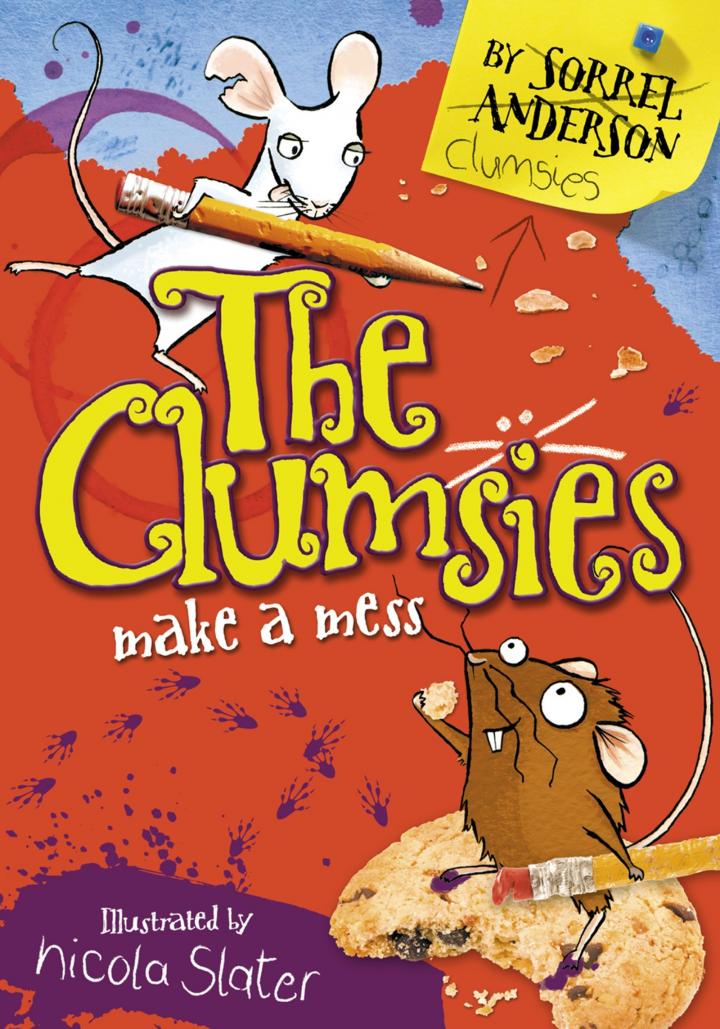 The Clumsies Make a Mess by Sorrel Anderson

Poor Howard Armitage is having a terrible time at work – his office is always a mess and his tyrannical boss, Mr Bullerton, does nothing but shout at him. When Howard hears a strange rustling noise coming from under his desk, he is shocked to find two mice. Not only are the mice gobbling up his biscuits, they're also talking! Soon, Howard's life is turned upside down by these hilarious, clumsy mice named Purvis and Mickey Thomspon. The Clumsies do mean well, and the two mice are desperate to help Howard get out of trouble with his mean boss, but wherever they go, chaos and mayhem seem to follow! Shortlisted for the Roald Dahl Funny Prize in 2010 and full of ridiculous capers and adventures, this is a perfect book for seven year olds. The pages are imaginatively illustrated and the layout of the text is designed in an engaging manner too. Great fun! 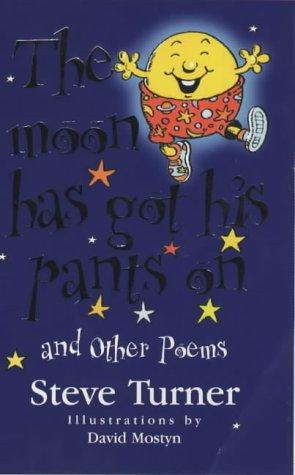 The Moon Has Got His Pants On: and other poems by Steve Turner

There are three poems for each hour of the day in this lovely poetry selection, ranging from midnight to midnight. The poems cover everything from sleep-overs, sleep talking, things that go bump in the night and boring assemblies to school dinners, homework and the joys of being read to at bedtime. There's plenty to enjoy in this collection that perfectly captures the fun of childhood. Strong rhymes make these poems perfect for reading aloud and the tone throughout is fresh, funny and insightful. 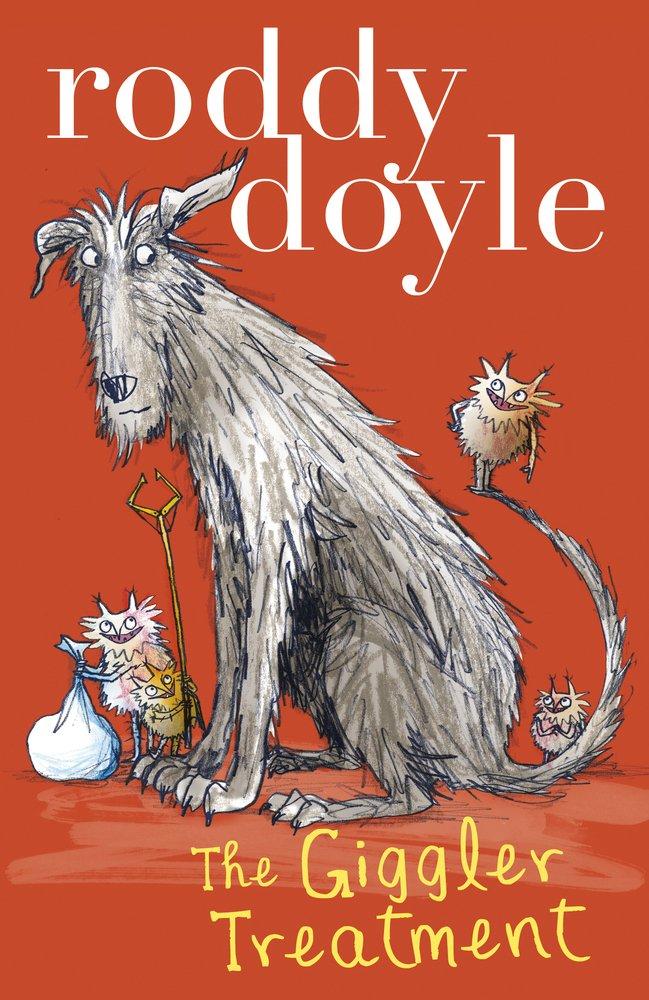 The Giggler Treatment by Roddy Doyle

Mister Mack is strolling to work one sunny morning when a talking seagull distracts him. Not looking where he's going, poor Mister Mack steps in something rather nasty. However, this quirky story isn't really about dog poo – it's about the tiny chameleon-like creatures who put it there on the pavement for Mister Mack to step in. They are called The Gigglers. Their job? To look after children and punish adults who are mean or unfair to them. But what exactly has Mister Mack done to deserve the terrible punishments that befall him throughout the day? Roddy Doyle's book is a huge amount of fun – imaginative, crude, bizarre and very, very funny. 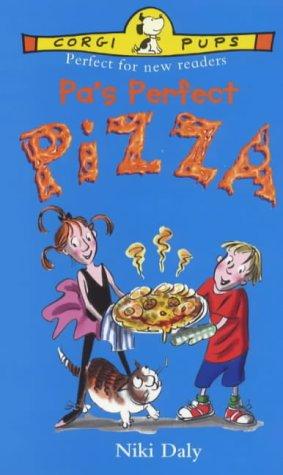 It's Saturday night at Nero's and the Bombelly family are starving! But Pa isn't happy – the meal has cost him a fortune! Surely he can make pizza that is better – and cheaper – himself? So a week later, Pa is ready with his flour, water, yeast, salt and a big dollop of tomato sauce. The first attempt doesn't quite go according to plan, but this doesn't put Pa off. Every Saturday he practises making pizzas but the pizzas are either as floppy as a wet towel or as stiff as a breadboard  and only good for being used as a Frisbee. The recipe book certainly doesn't take into account Malcom the mischievous cat, a daddy-long-legs and a burning oven glove! Will Pa ever get it right and create a yummy pizza fit for the entire family? Short chapters, plenty of slap-stick humour and silliness and an engaging storyline make this book perfect for youngsters interested in cooking and causing mayhem in the kitchen! 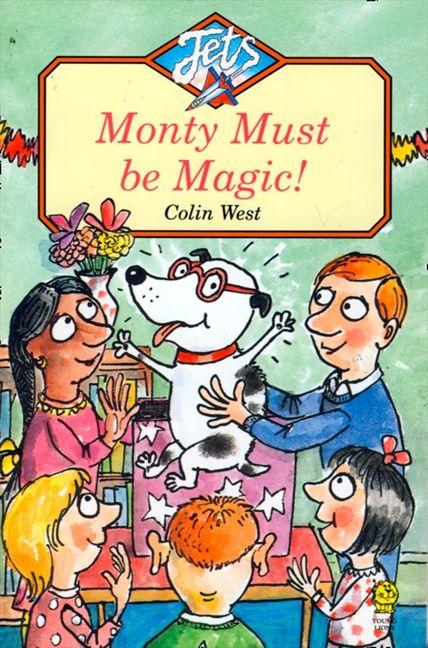 Monty Must be Magic! by Colin West

Monty is a dog who wears glasses and, in the first story in this collection, is desperate for some peace and quiet! Josie's busy practising her recorder, Simon's watching TV and Mrs Sprod is vacuuming. Monty escapes outside but his disappearance causes concern and worry for all the family. Where could he be? In the other stories, Monty gets the blame for eating all the biscuits, tries to throw a Frisbee as far as Bruiser the dog and even performs an amazing magic trick which results in lots of delicious sausage rolls for him. This is a delightful collection of short simple stories with lots of lively, fun illustrations making it perfect for youngsters who are beginning to enjoy longer chapter books. 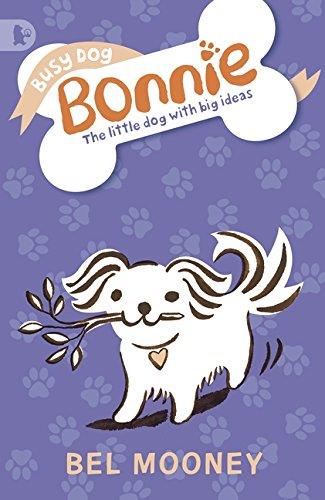 Harry and Zack are bored – the school holidays just aren't as exciting as they hoped they would be! They're fed up of watching TV, playing computer games and raiding the biscuit tin. So when Mr Wilson promises to take them camping, they're over the moon – finally it'll be a chance to cook sausages and bacon over an open fire, sleep in a tent and have a real adventure. However, there's one rule: no girls allowed! So poor Bonnie the dog is excluded from the trip… but that doesn't stop her from stowing away and joining in the adventure! This is a lovely, gentle story that also deals with gender stereotypes in a clever way. There's plenty of humour and Bonnie is a wonderful creation, perfect for young readers who like animals and adventure! 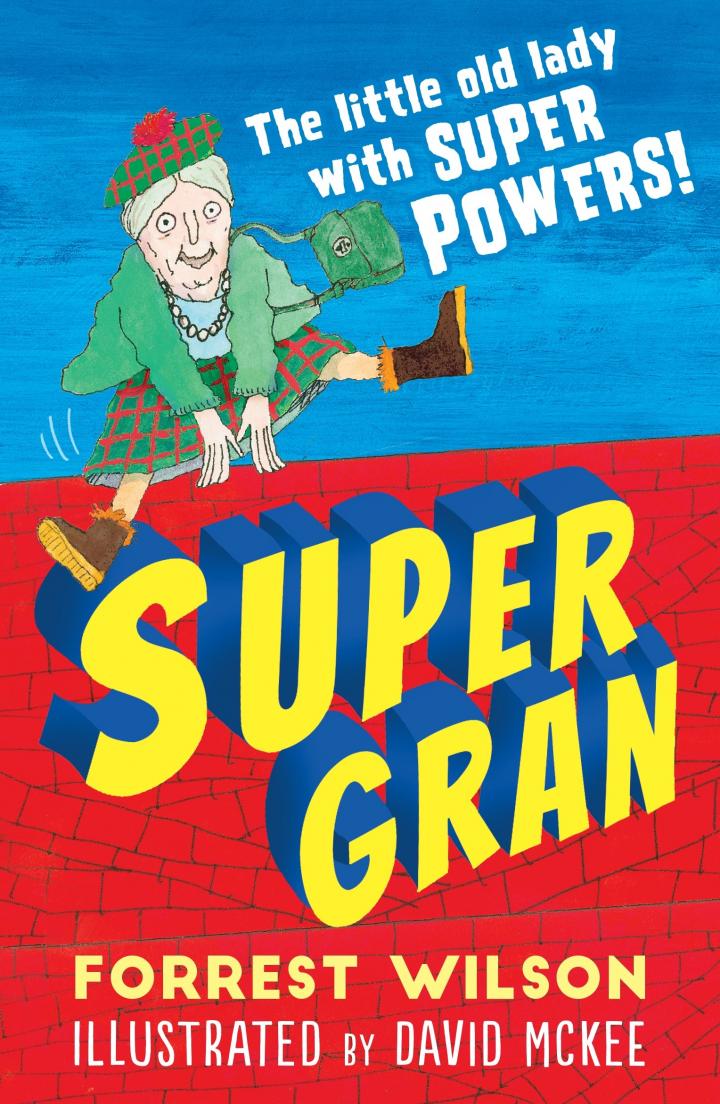 Little Granny Smith is an entirely ordinary old lady – she needs glasses to see, has white hair, is frail and needs a walking stick to move around. But suddenly a beam of blue light shoots out of nowhere and she begins to feel rather peculiar. Within an instant she is transformed into… Super Gran! Along with her grandson, Willie and a young girl called Edison, Super Gran sets off on a series of dangerous adventures, using her super strength, X-ray vision and heightened speed to save the day. This is a great read – fun, fast-paced and exciting! 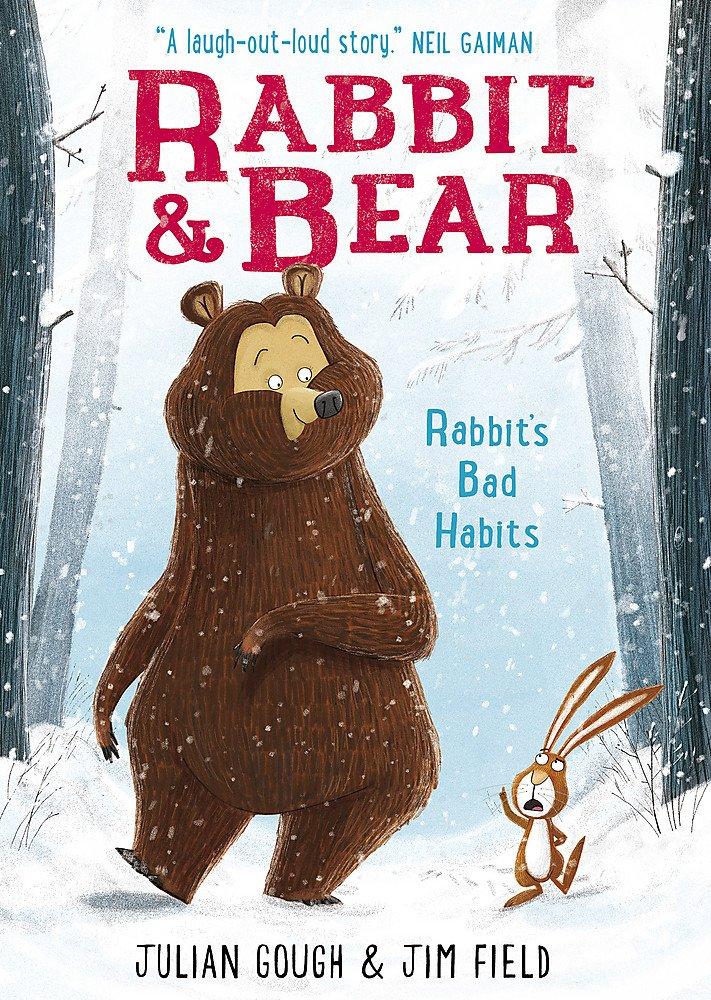 Rabbit and Bear are unlikely (but devoted) friends – and everything is better when they're together. These 100-page, fully illustrated stories (Rabbit & Bear: The Pest in the Nest and Rabbit & Bear: Attack of the Snack are also available) will be as popular with bedtime-story-reading grown-ups as they are with newly confident readers. We love the funny illustrations, the cheeky humour and the underlying messages about friendship and life.