Beautiful picture books, an evil Ice Queen, an adventure in the jungle and an evocative journey back in time make these books the perfect reading selection for ten year olds who are exploring the world around them (and the world within themselves too).
Login or Register to add to your saved resources 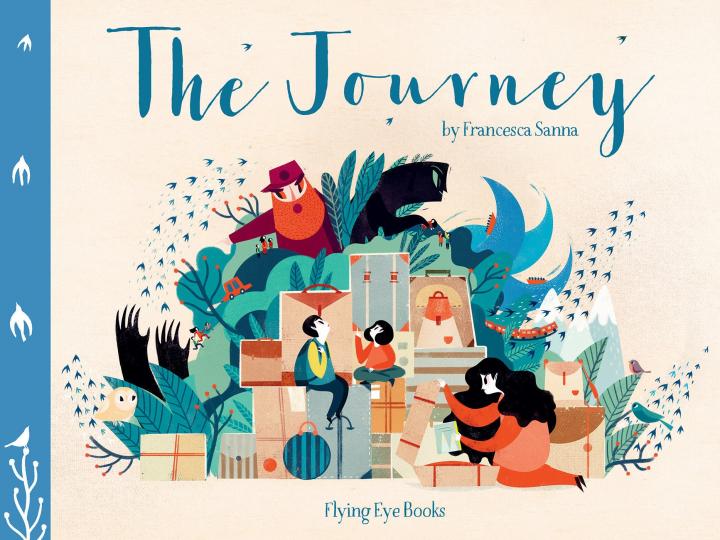 The Journey by Francesca Sanna

This beautiful picture book tells the harrowing story of a family forced to leave their home because of war. Whilst the language is deceptively simple, the imagery used is stark and arresting and will encourage older children to pore over every detail. The war is represented by frighteningly dark claws, spreading across the pages and destroying everything in their wake and the pain and confusion of the young children is stunningly depicted.

There is hope, too, in the wide expanse of sea, the inviting new world that awaits them and the dazzling birds that swoop and soar above the family, migrating to a new home. A moving, touchingly told story of war, danger, family, togetherness and friendship. 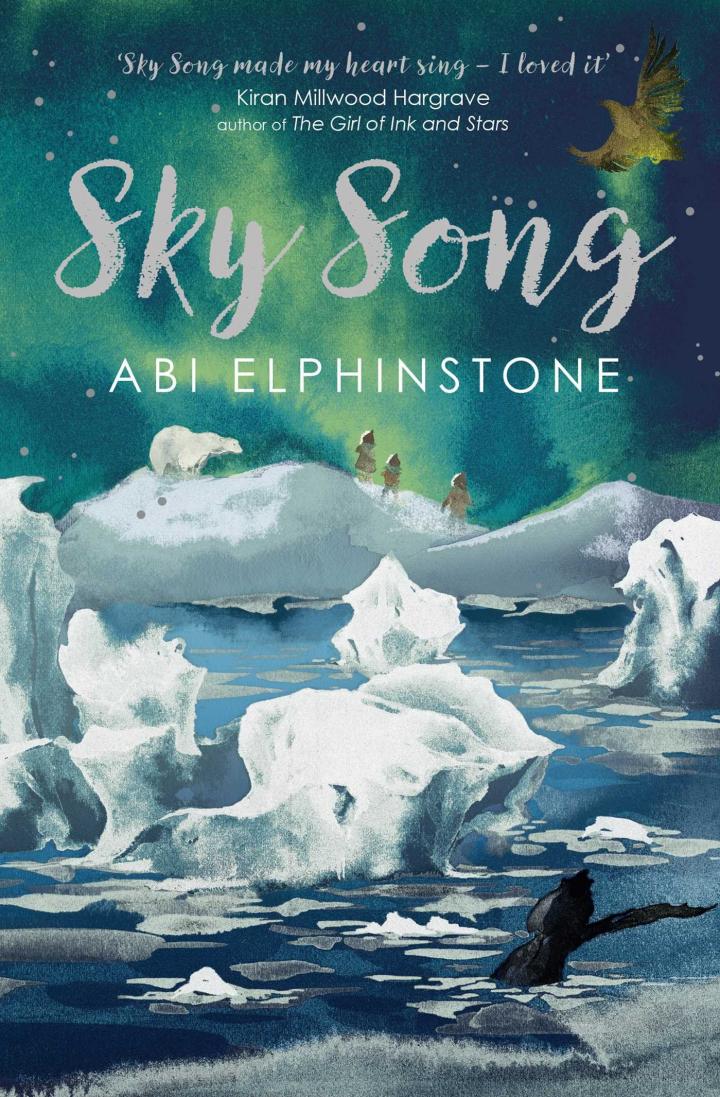 It is in this frosty, magical world where this exciting adventure story takes place. Wolves hunt, polar bears roam the icy land and three tribes live in harmony until darkness descends on the land and a wicked Ice Queen breaks free from captivity. The tribes must stay hidden or risk becoming her prisoners for the Ice Queen is plotting to steal the voice of every man, woman and child in order to become immortal. But from the depths of despair, there comes hope. Two children, Eska and Flint, join forces and journey together in search of an ancient song that may just defeat the evil queen and restore peace to the land. This is a stunning, fast-moving adventure story reminiscent of The Chronicles of Narnia and Northern Lights, full of thrills and excitement and perfect for this age range. 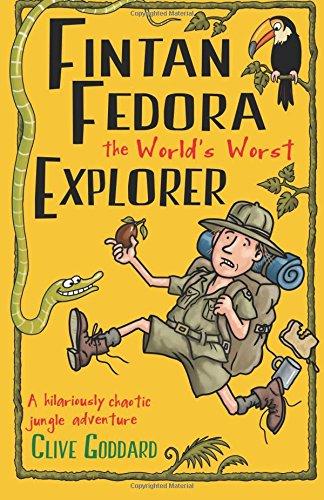 We read this book recently with a class of children and they thoroughly enjoyed it! In the wonderfully silly page-turner, hapless Fintan sets off into the jungle, with his weary butler Gribley as a sidekick, in search of the elusive Chocoplum. Fintan’s disapproving family think of him as a let-down and doubt he will ever take over the family business, the Fedora Fancy Food Company. Fintan is convinced that if he can find the delicious, rare Chocoplum he will be able to prove his worth to his family. But, unbeknown to Fintan, there are two incompetent kidnappers tracking him and a nasty business mogul who will stop at nothing in order to get his greedy hands on the Chocoplum... This is a delightfully zany, fast-paced, humorous book that children will devour. 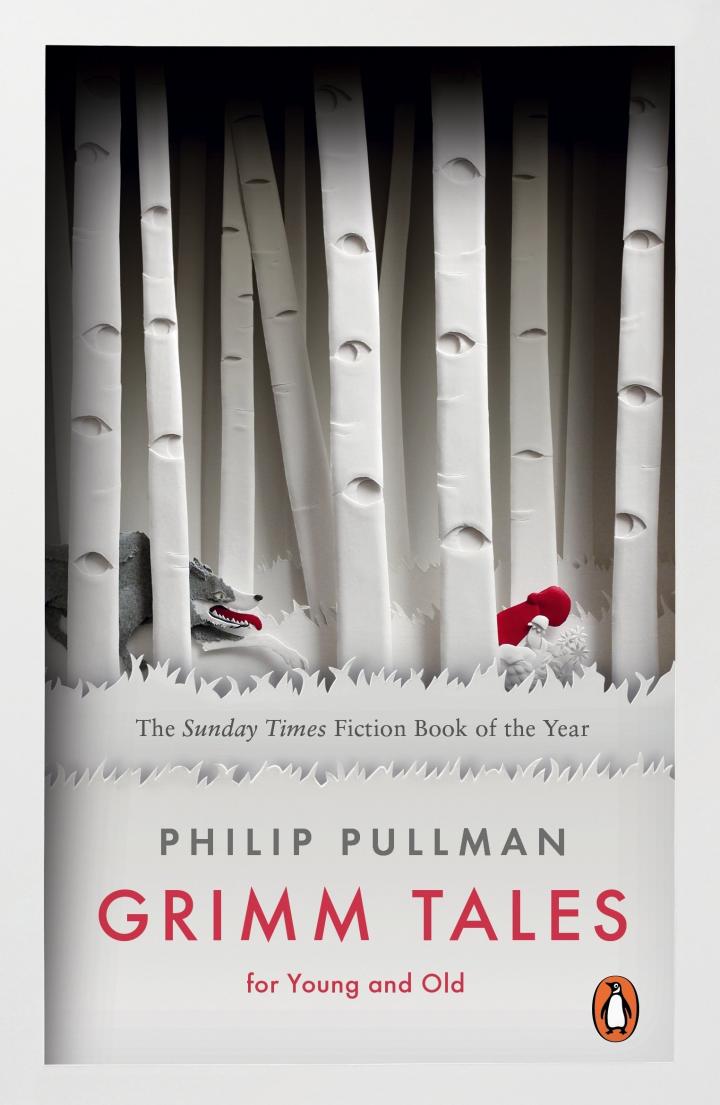 Grimm Tales for Young and Old by Philip Pullman

From the author of the His Dark Materials trilogy comes this fantastically dark re-telling of some of your favourite fairy tales. All of the well-known stories are included, including Hansel and Gretel, Cinderella, Snow White and Little Red Riding Hood. There are also other lesser known tales included in this wonderful collection, such as The Donkey Cabbage, The Nixie of the Millpond and Lazy Heinz. The stories are short and simply told, full of energy and magic. Children may be shocked by some of the more gruesome elements of these fairy tales, but Pullman’s writing is witty, beautiful and fresh. 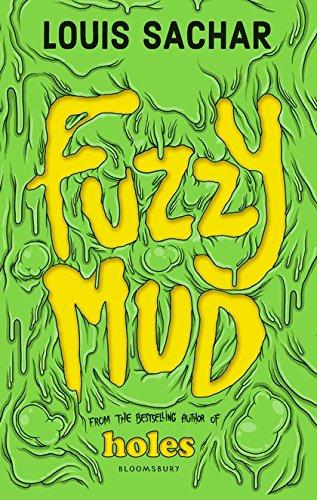 From the best-selling author of Holes comes this biotech thriller. Tamaya and Marshall take a short-cut home from school one day and find themselves in the middle of the forest. Tamaya falls and is covered in a toxic, green gloop. Where has it come from? As blisters appear over Tamaya’s skin and a shady corporation try to cover up a possible environmental disaster, the children are pushed to their limits in order to survive. This is a fantastic read – intelligent, thought provoking and thrilling. The book is cleverly interspersed with the reports from the investigation into the slime and it ends in an exciting showdown. 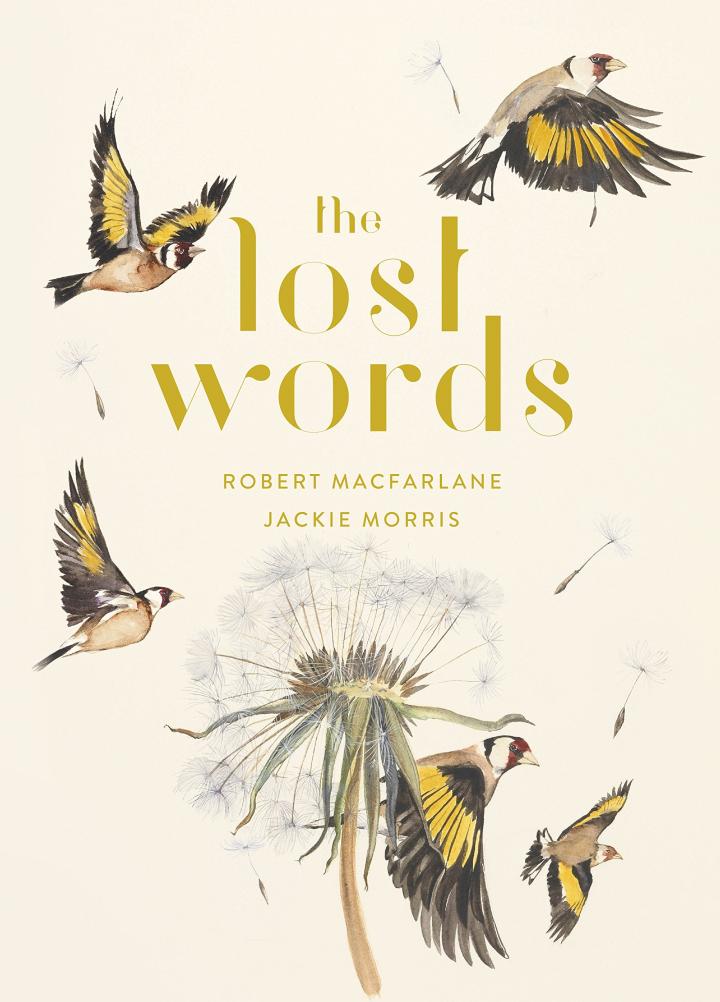 The Lost Words by Robert Macfarlane and Jackie Morris

“Once upon a time, words began to vanish from the language of children…”
In this dazzling spell book, Marfalane and Morris aim to conjure up a number of words that have been lost from the language of children. These words were once used by children to name the natural world, but, with society’s growing reliance on computers and technology, have now been forgotten. This beautiful poetry book therefore aims to bring these words back; words like acorn, adder, bluebell, bramble, otter, raven and wren. The poems themselves are stunning – lyrical, magical and complex. Morris’s artwork is stunning too – bold, vivid and shimmering – and works perfectly alongside the poems. The poems beg to be read aloud, and in doing so, Macfarlane and Morris hope that these lost words might return. This is a miraculous celebration of the natural world and will hopefully encourage children to, once again, explore the great outdoors. 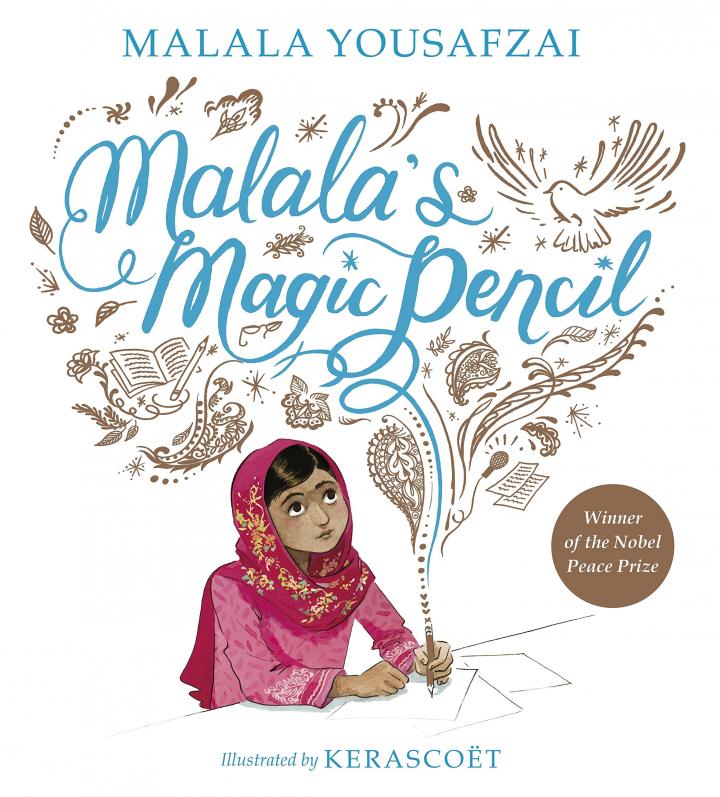 Malala Yousafzai is an education activist from Pakistan and the youngest ever recipient of the Nobel Peace Prize. In this moving story she recounts her life growing up in a war-ravaged part of the world and her journey to becoming an international icon. The story starts with a simple question: what would you do if you had a magic pencil? Malala says that she would use it to make others happy. She would draw beautiful dresses for her mother, a proper football for her brothers so they no longer have to play with an old sock stuffed with rubbish and also to erase the stench of the dump outside her house. However, as she grows older, Malala realises that wishing for a magic pencil is not enough. When powerful and dangerous men declare that girls are forbidden from attending school, Malala realises that she must pick up a real pencil and tell her story to the world about what it feels like to live surrounded by poverty and war. This is an inspiring, beautifully illustrated story about courage, faith and the power of words. 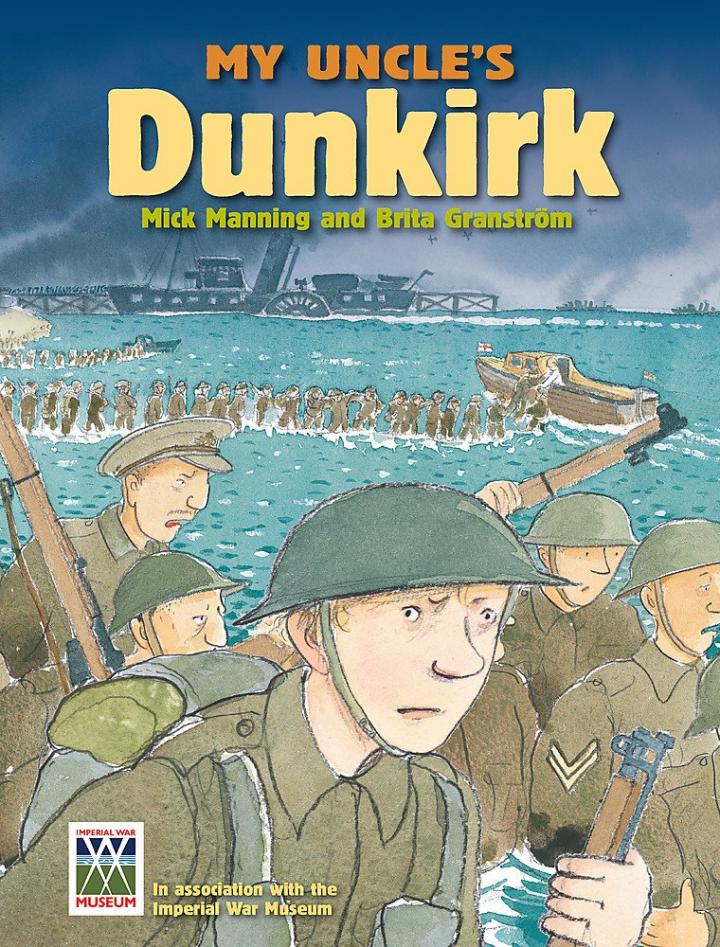 My Uncle’s Dunkirk by Mick Manning and Brita Granstrom

Inspired by his uncle’s experiences, Mick Manning’s evocative, stunning story invites readers to travel from the safety of the seaside back in time to the dangerous, frightening beaches of Dunkirk to explore and re-live one of Britain’s most tragic wartime events. Told through clever flashbacks and a mixture of newspaper clippings, telegrams, photographs and facts, the colour and carefree business of the seaside scenes are portrayed in stark contrast to the horror of Dunkirk and Manning is careful to support young readers in grasping the true complexity and devastating effects of war. Perfect for those interested in history and the Second World War. 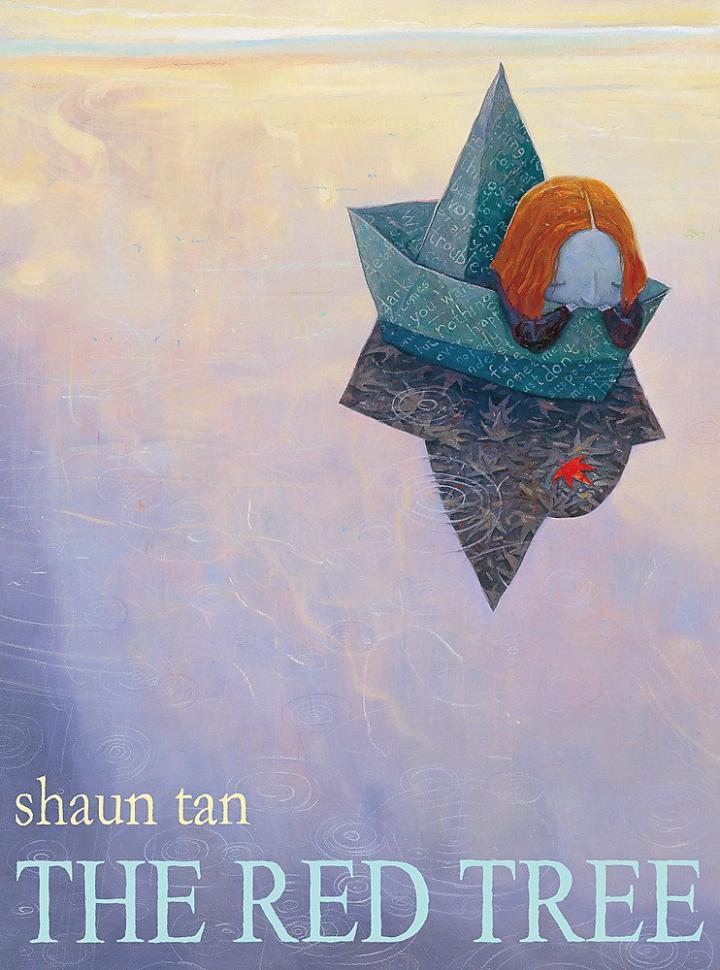 The Red Tree by Shaun Tan

“Sometimes the day begins with nothing to look forward to…”
From the author and illustrator of The Lost Thing and The Arrival comes this  moving picture book, which touchingly explores themes of depression, anxiety and what to do when we feel over-whelmed. Shaun Tan’s dark, surreal illustrations perfectly capture the feelings of confusion, worry and fear we all experience as we try to navigate our way through the world. Tan presents the world as an uncaring place without sense or reason, tapping into our concerns about who we are, who we’re meant to be and what we are supposed to do. Towards the end of the story, the grotesque, frightening images give way to redemption and faith. This is the perfect book to initiate discussions about feelings of hopelessness and fear and the importance of hope and optimism.