All children in KS2 have to learn a foreign language at school. We've rounded up the best apps to give them a headstart with language-learning.
Login or Register to add to your saved resources 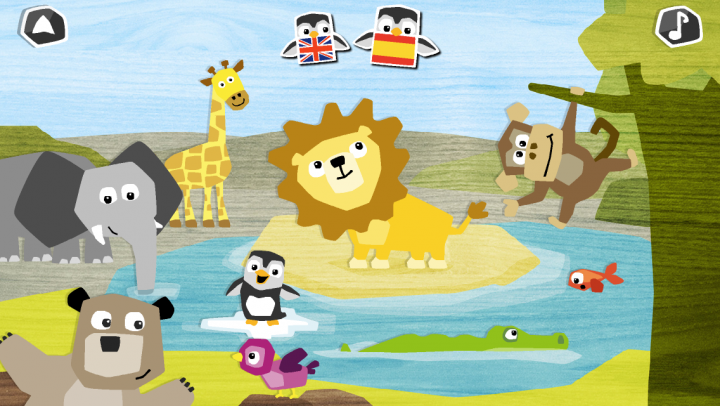 Young children are highly receptive to learning new languages. This range of apps, which includes Spanish, French, German and Russian, is the perfect introduction to foreign languages for pre-schoolers.

Each app focuses on one language and features nine different ‘worlds,’ including animals, transport, food and toys, each with 10 different objects. When your child taps on an object, it comes to life with movement and sound, and its name is spoken aloud in the chosen language.

With its colourful illustrations, cute penguin guide and intuitive, child-friendly interface, the app will help your child soak up new vocabulary. The lite version contains two worlds to explore, but it’s worth investing £1.99 to upgrade to the full version for more learning opportunities. 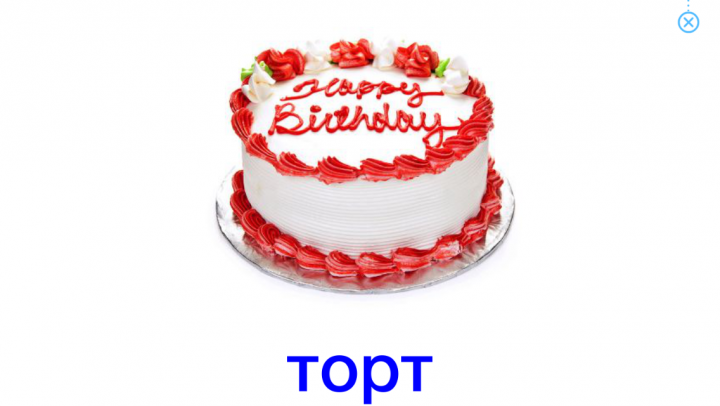 It introduces each language through a comprehensive series of lessons, each lasting five to seven minutes; it’s recommended that your child tackles at least one lesson each day. There are two modes: easy, which focuses on learning individual words, and medium, for kids who are ready to start using sentences.

Each lesson covers spelling, pronunciation and examples of how to use new words in sentences, with topics ranging from body parts to at home. There are also interactive games and prize stickers at the end of every lesson to reward your child’s efforts. 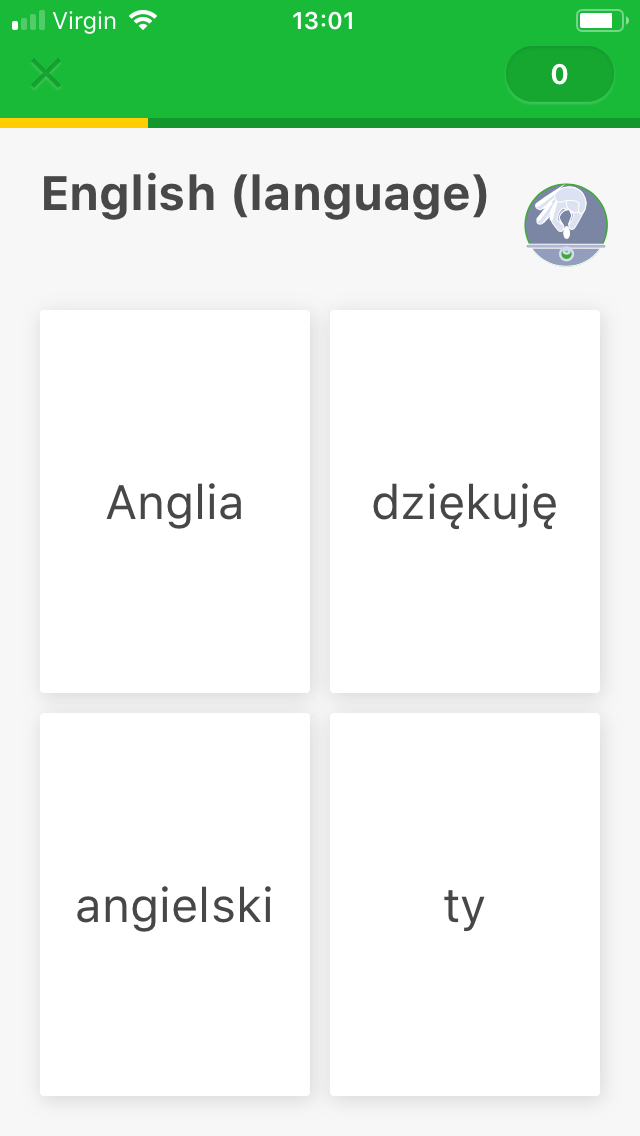 Learn Languages with Memrise, £44.99 per year, Apple and Android

Memrise may not be specifically designed for kids, but with its clear, easy-to-use interface and space theme, it’s great for helping children in KS2 and above to learn a new language.

Your child can choose from a whole range of languages, from major European languages to Arabic and Mongolian, with a variety of interactive activities to help them practise: for example, matching words to their meanings and typing spoken words correctly. There’s an exhaustive programme of lessons, from basics such as saying hello and goodbye through to learning phrases that’ll make them sound like a native.

The app also offers clever features including the opportunity to practise conversation with a chatbot, and the brilliant object recognition feature, where you can point your device’s camera at an object and it’ll display its name in your chosen language. 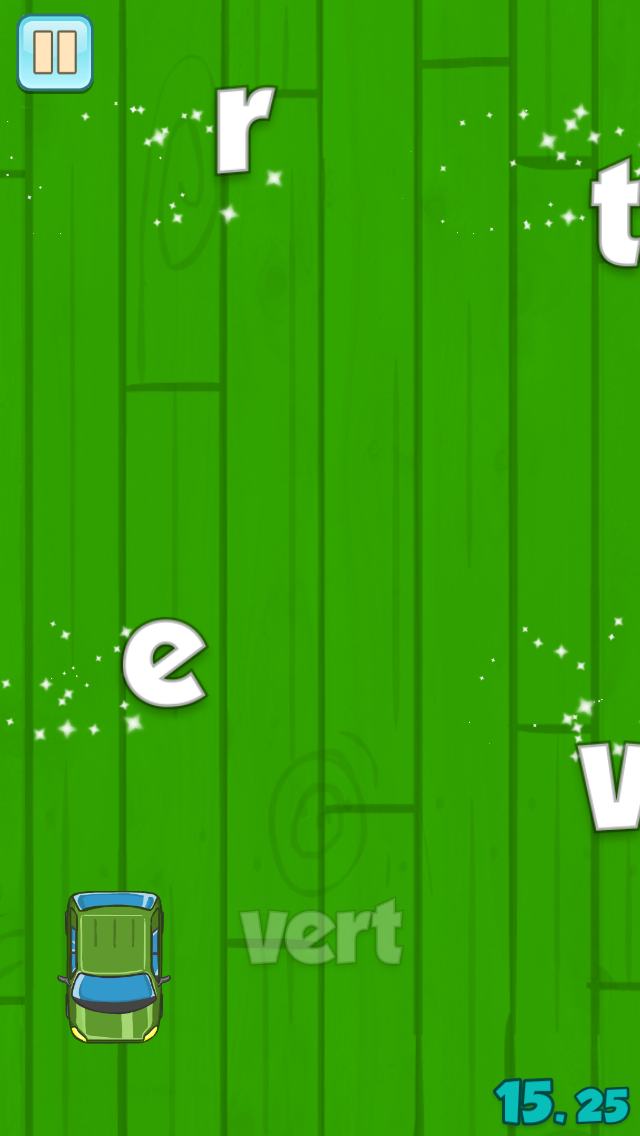 Designed by language-learning experts for children aged three to 10, Fun French Kids is a good app for absolute beginners.

It features a structured, games-based language course with each lesson comprising at least six engaging activities, such as matching pairs, spelling games, guessing games and more. Each lesson has its own theme – colours, animals, and the human body, for example – and teaches children key words, as well as developing language skills like listening comprehension and speaking.

The developer, Studycat, also has apps for learning other languages, including German, Spanish and Chinese. 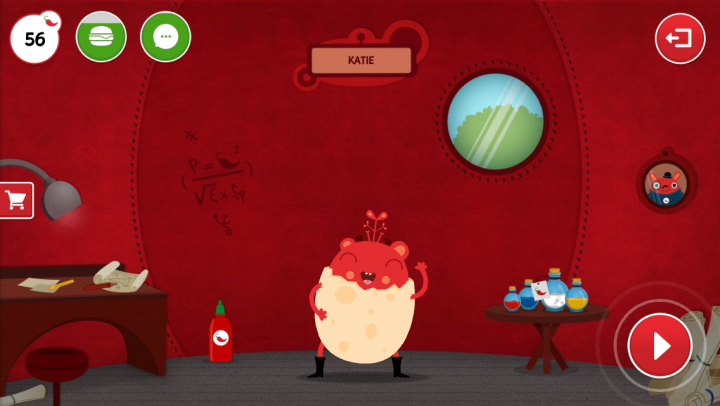 Pili Pop Español, from £3.74 per month, Apple and Android

The Pilis are friendly aliens who guide your child through learning a new language by encouraging them to speak it every day.

Your child learns to recognise and pronounce everyday words through a range of interactive games, each of which takes only a couple of minutes. The app has two modes: comprehension, which focuses on listening and understanding, and expression, which concentrates on speaking and pronunciation. A clever touch is that it uses your device’s microphone to ‘listen’ to your child saying words out loud and check their pronunciation. It’s also fully immersive, with instructions given in the foreign language. 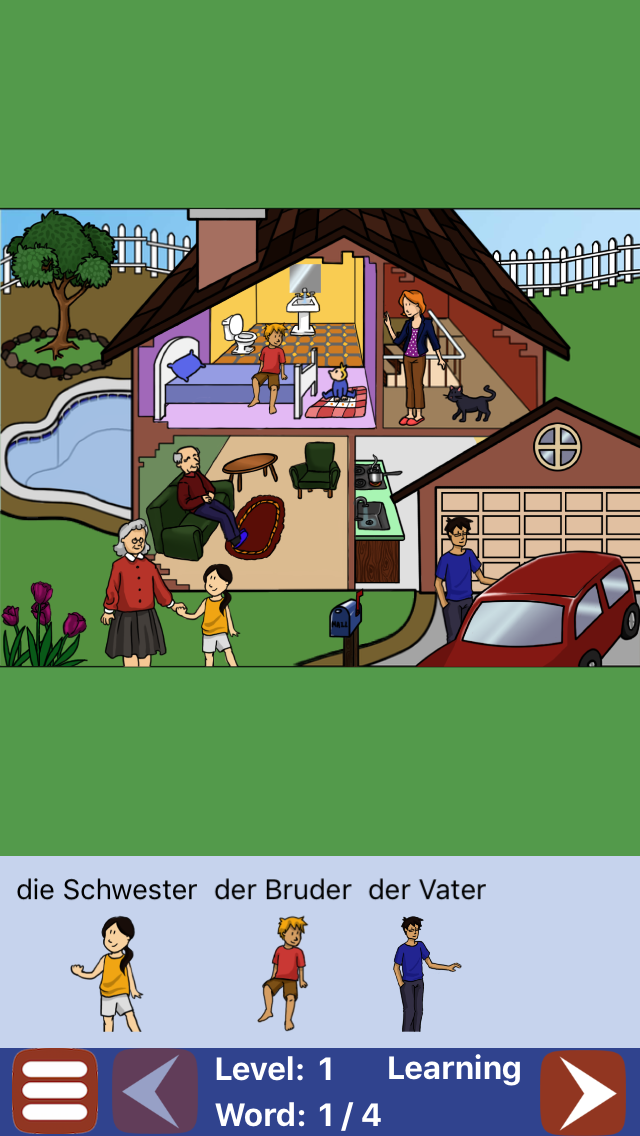 In this app, the scene is set with a family moving to a new country. Your child’s task is to help their character acquire a foundational set of German vocabulary through matching activities.

The app is designed to appeal to all learning styles – auditory, visual and kinaesthetic – and every word is also spoken aloud so your child can learn how to pronounce it. 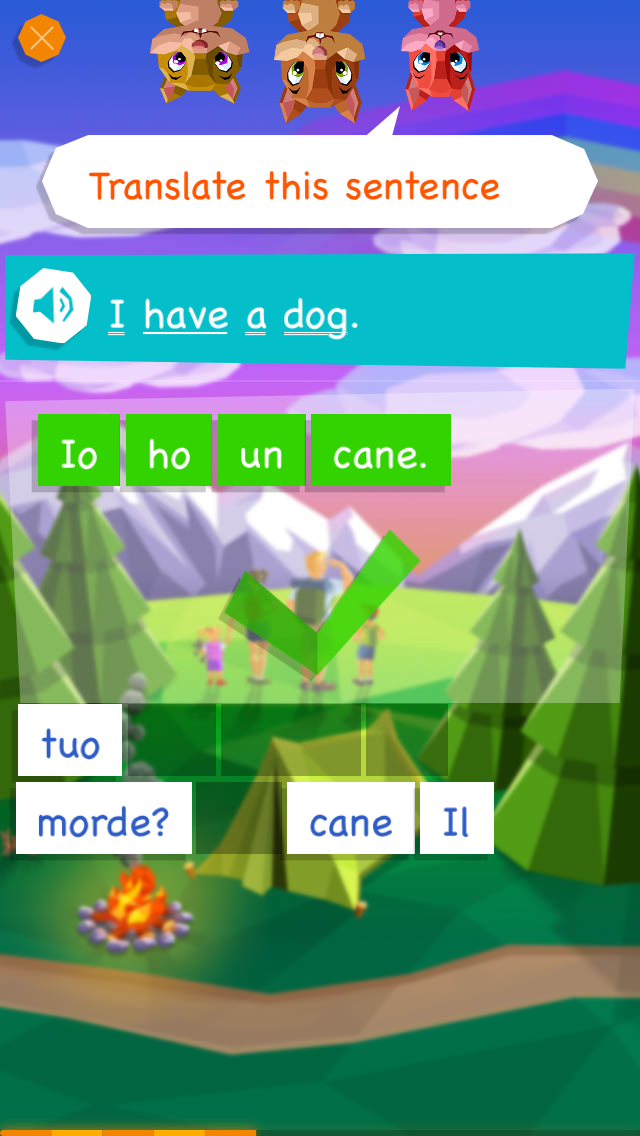 Mondly is one of the best-known language learning apps for adults, and their kids’ version doesn’t disappoint.

It features a vast 33 different languages for your child to choose from, ranging from French to Korean. The structured learning programme provides your child with lessons of increasing difficulty, from matching simple vocabulary to the right picture to writing sentences. They can have interactive conversations with native speakers, use the verb conjugator to help them master grammar, and perfect their pronunciation by listening to professional voice actors.

There’s a daily puzzle to encourage your child to practise a little every day, and a useful statistics section where you can keep track of their progress. 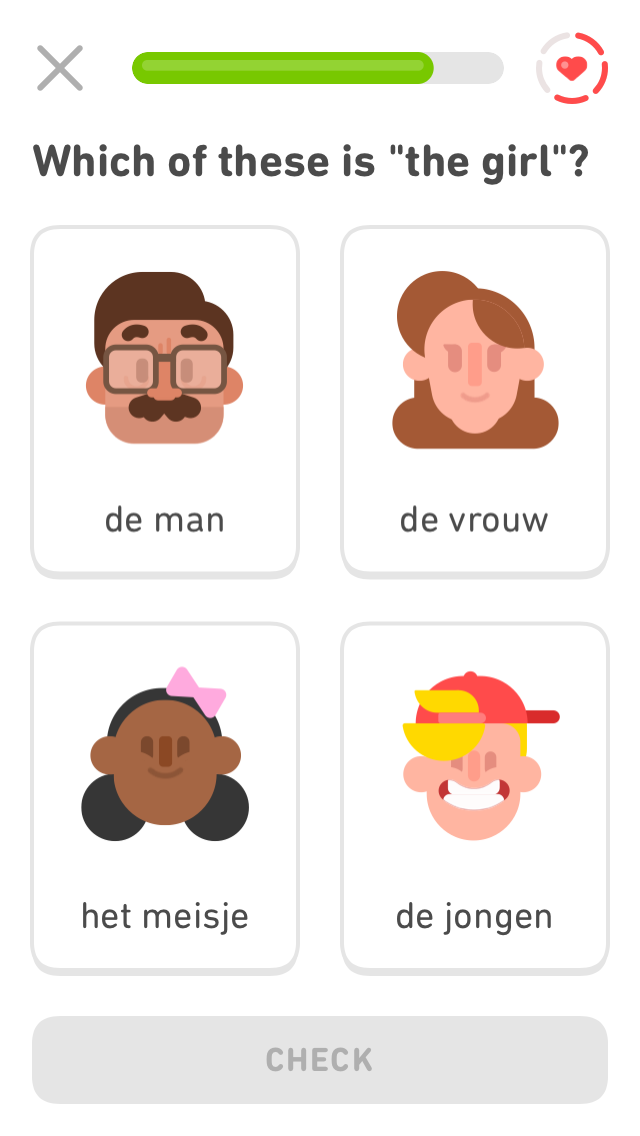 Duolingo is a lovely, colourful app that draws on gaming techniques to help your child master over 30 languages, including Klingon!

Your child can set how long they want to spend learning each day, ranging from ‘casual’ (five minutes) to ‘intense’ (20 minutes). They can start as an absolute beginner, or, if they already have some knowledge of their chosen language, can take a placement test to work out what their level is. Each lesson introduces new vocabulary and helps your child practise all four language-learning skills: reading, writing, speaking and listening.

If your child gets an answer wrong, their health starts to run out; they can earn it back by going over their areas of weakness. They earn rewards for correct answers and winning streaks, and can add friends to compare their progress on the leaderboard. 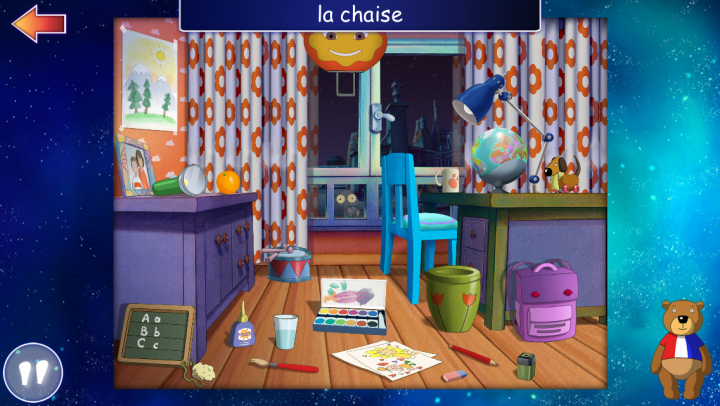 Based on the German children’s TV series, Lauras Stern, Laura’s Star helps children learn the words for over 200 everyday objects, in a choice of German, French or Spanish.

It features beautiful illustrations of everyday scenes, such as rooms in the house. When your child taps an item, it reveals its name in their chosen language. They can then switch modes and test themselves on the words they’ve acquired by memorising each scene and putting the missing objects back in the right places. They’re incentivised by earning stars and small animations along the way.

An extra benefit is that all instructions are given in the foreign language, helping your child get used to understanding and following directions in the language of choice. 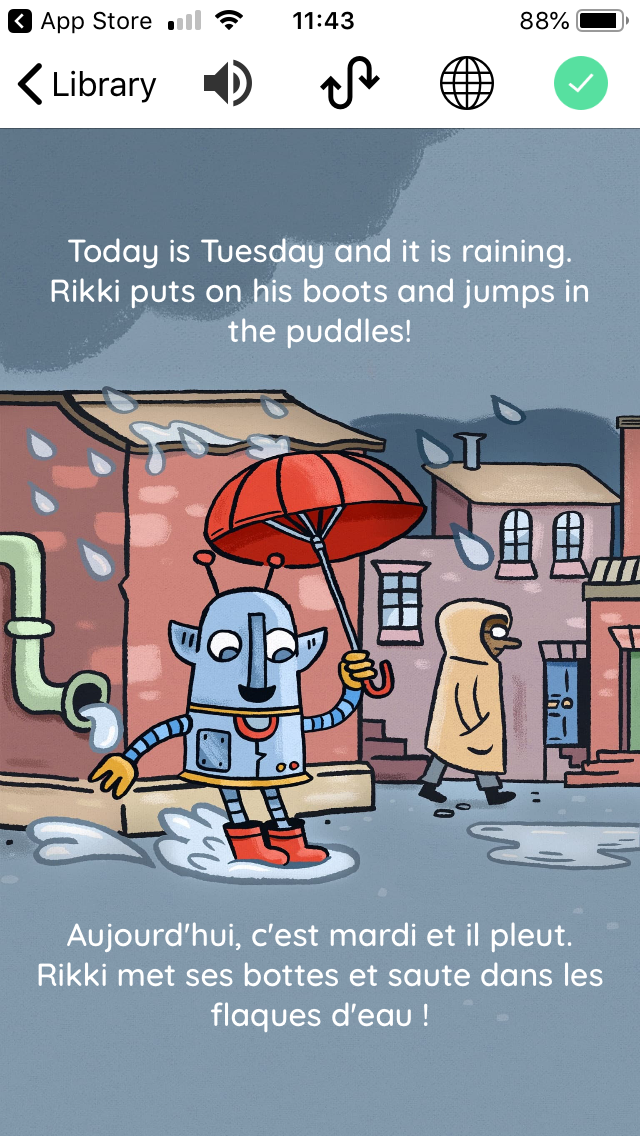 Unuhi, Apple and Android, free app with books from 99p each

Unuhi is an app that allows you to read bilingual books to your child, with a choice of 20 languages ranging from French and German to Filipino and Mandarin. Aimed at children aged two to 10, each story allows you to display the same text in your choice of any two languages on each page: for instance, English at the top of the page and Spanish at the bottom. The idea is that you read the page in your child’s first language first, and then in the new language. As they (and you!) become more proficient, you can remove the first language, and just read it in the new language. Native audio narration is available in English, French, Spanish and German – just tap the text to hear the story read aloud.

One drawback is that you can’t see the meaning of individual words, so there’s no way of knowing that the word ‘beach’ corresponds to ‘plage’ in French, for example. You could get around this by having a bilingual dictionary at hand, although the app does include some sets of flashcards to support vocabulary.

The app itself is free, with books starting at 99p. There is currently a small selection of titles on offer, with more to be added soon. 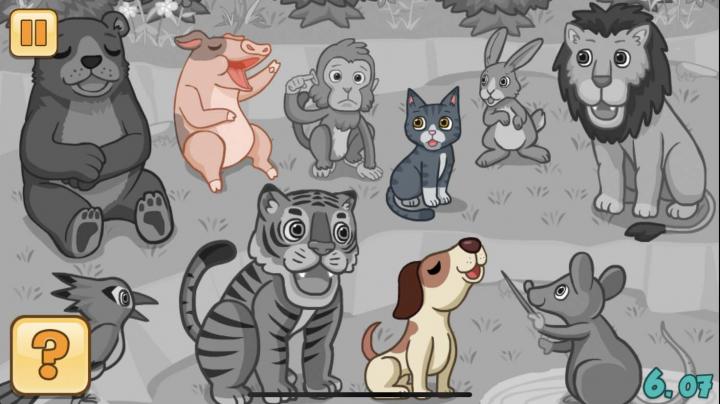 Fun Spanish features introduces the Spanish language through a range of learning activities, each of which focuses on a skill such as listening comprehension, speaking or spelling.

The app is divided into lessons, each covering a separate topic, including colours, animals, vehicles and part of the body. In each section, there’s a selection of games that will help your child absorb new vocabulary, for example by popping balloons of a given colour, or moving a vehicle around the screen to select the right letters to spell a word. There are opportunities for your child to practise their pronunciation by recording themselves.

Although the app is intended for children aged three to 10, children in KS2 will get the most from it. Some of the activities are not self-explanatory, so will need a little trial and error, and tasks involving spellings and plurals are best suited to older kids. That said, it will also appeal to younger children, who can begin to learn through play.