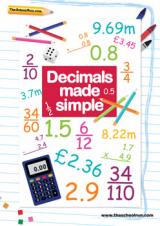 How confident would you feel if your child asked:

or what if they wanted your help with this homework question:

If you’re panicking just looking at these questions – don’t worry. Written specifically to help parents support their child’s learning at home, Decimals made simple contains everything you need to make sense of decimals for your Key Stage 2 child – all presented in a fun, engaging and effective way.

Working with decimals and numbers smaller than one is a vitally important maths skill, but it’s one that many children fail to master when they are at school and that still confuses many adults.

Because decimals are so abstract in nature, it’s hard to grasp the concept of what something like 0.2 actually means.  But if your child is in primary school now, at some stage you’ll probably be asked to explain what the dot is for, or what point 12 means, and you’ll want to be confident about decimals yourself before you answer their questions.

But panic not! Even questions like this will seem like a doddle to your child after they’ve worked through some of the later worksheets in our decimals learning pack.

Decimals made simple contains 35 fun and colourful worksheets that will help you and your child grasp everything they need to know about decimals by the end of primary school. By taking them step-by-step through and giving real examples throughout, even a child who thinks they “don’t understand” will quickly be working with decimals with ease.

The way that decimals are taught at schools these days will probably have changed since you studied the topic, as has the vocabulary that is used in describing them.

Similarly, you can read a decimal in two ways: for example, the number 12.62 can be read as ‘twelve point sixty-two’ or ‘twelve and sixty-two hundredths’.

In Decimals Made Simple you’ll find all the information you need, explained in straight-forward language, as well as teachers’ tips for teaching decimals, so you’ll feel confident about the topic before you have to support your child’s learning.

And don’t worry, we’ve got plenty of practice sheets for them to work on the trickier stuff too as they progress!

Even if you feel your own maths might not be quite up to the task, we’ll give you all the help you need to: 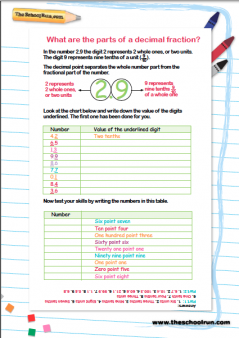 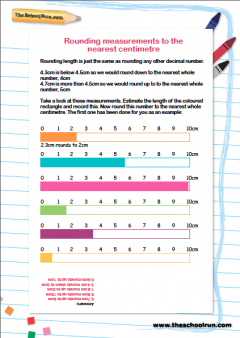 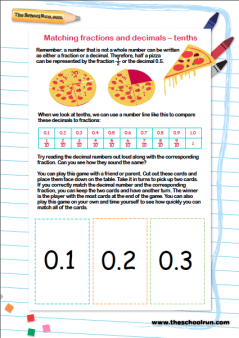