Exams are part and parcel of secondary school life, but do you know exactly what assessments your child will take?
Login or Register to add to your saved resources

From Year 7 tests through to GCSEs, assessment is something that every secondary school student has to get used to. But with big shake-ups to the exam system underway, it can be hard, as a parent, to get your head around the tests your child will take in KS3 and KS4. We take a look at optional and statutory testing at secondary school, and explain what’s involved.

Some schools put Year 7 pupils into sets or streams based on their KS2 SATs results, but many prefer to reassess them soon after starting secondary school. Lots of them use cognitive abilities tests, or CATs. Rather than testing knowledge, they assess how children think and what their potential might be.

Assessment in Years 7 to 9

There’s no mandatory national testing for students in Years 7 to 9, but teachers do have to do their own assessments of their progress and attainment. This takes the form of ongoing teacher assessment (for example, through observations and classwork), periodic progress checks and end-of-term/end-of-year tests.

The results of these assessments have to be reported to parents, but the information you’re given will vary: some schools give grades (or estimates of the grades pupils are expected to achieve at GCSE), while others will just tell you whether or not your child has reached the expected standard for their age.

GCSEs are usually taken at the end of KS4 (Year 11, when students are aged 15 or 16) in England, Northern Ireland and Wales. Normally, pupils choose their GCSE subjects in Year 9, and start studying for them at the beginning of Year 10.

Some schools enter pupils for some of their GCSEs a year early, at the end of Year 10. This is usually to get certain subjects are ‘out of the way’, giving pupils more time to focus on other subjects in Year 11. If students don’t do as well as they hoped, they can re-sit the exams the following summer. However, the number of schools entering students early has plummeted since the Government announced that only a pupil’s first attempt at a GCSE will be counted in league tables, even if they subsequently retake the exam and achieve a higher mark.

Until summer 2016, pupils were awarded a mark from A* to G; as of 2019 all GCSE subjects are graded numerically.

The new GCSE exams grade students from 9 to 1, with 9 roughly equivalent to A*, and 4 a low grade C. The Department for Education has produced a parents' guide to the new GCSE grading system.

The compulsory subjects at GCSE level are English, maths and science (core subjects), computing, PE and citizenship (foundation subjects). Schools also have to offer at least one subject from each of the following areas: arts, design and technology, humanities and modern languages.

The number of GCSEs that students take will depend on the school and their academic ability. An average student will take eight GCSEs; an exceptional student might take 12.

Currently, there are five different exam boards offering GCSEs. The syllabus and exam content will vary between the boards, as will the exam dates, but they all have to cover the core National Curriculum content. Students sit their GCSEs in May and June, and get their results on the last Thursday in August.

Previously, students in Scotland took Standard exams rather than GCSEs. These have been replaced by Scottish National Qualifications. Students who would previously have taken Standards now take National 4 and National 5 qualifications.

National 4s are made up of units, with students assessed on the basis of their classwork. They also have to complete an assignment, performance, test or practical activity. There is a simple pass or fail result.

National 5s are partly teacher-assessed, and partly externally assessed, usually through an exam and a piece of coursework. Students are graded A to C.

Some schools offer vocational alternatives to GCSEs. These include:

BTEC: career-based qualifications that give students the skills they need to move on to higher education or employment. Subjects offered range from art and design, music and sports science to childcare and engineering. Assessment is usually through teacher-assessed assignments such as essays, projects and artwork; however, some BTECs have externally-marked exams. They’re graded Pass, Merit or Distinction. A Level 1 or Level 2 BTEC is equivalent to one or two  GCSEs, depending on the subject.

NVQ: National Vocational Qualifications are work-based qualifications designed to prepare students for employment, and, as the name suggests, focus on vocational subjects such as hairdressing, plumbing and catering. They’re assessed through portfolio work and observation. A Level 2 NVQ is equivalent to five GCSEs at grade A* to C. Usually, NVQs are combined with part-time work, but they are offered by some schools. 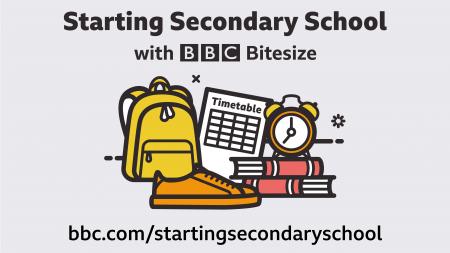