Talking to children about dementia

We asked the experts for their advice on answering your child’s questions about their loved ones with dementia and suggest books about dementia for children.
Login or Register to add to your saved resources

Dementia is one of the most rapidly increasing health conditions in the UK. One in 14 people over the age of 65 has dementia, and one in six people over 80. That means it’s very likely that your child knows, or will know, someone with dementia.

‘Children are often naturally accepting when a loved one has dementia, and find it much easier to communicate with them than adults do,’ says Lesley Carter, Clinical Lead, Professionals and Practice at Age UK.

Nevertheless, it’s normal for children to have questions and concerns if they notice that their grandparent or another relative is changing.

Although there are several types of dementia, with Alzheimer’s being the best known, the symptoms are broadly the same. A child may become aware that their loved one is having problems with:

Often, the symptoms are mild to begin with, and worsen over time. This means that children may not really notice that their relative is changing.

‘Children often see it as a natural progression, as usually, it’s not something that gets worse very quickly,’ explains Lesley. ‘They often communicate with the person with dementia more easily than parents do, and are more accepting of the changes.’

Sometimes, though, these changes can be unsettling for children, especially as they can have an impact on their relationship with their loved one.

‘In the early stages, dementia often goes hand in hand with low mood and anxiety,’ says Helen Green, Admiral Nurse with Dementia UK’s helpline. ‘The child’s relative may be frustrated and quicker to snap, and less willing to engage in activities with them.’

Answering your child’s questions about dementia

The most important thing when you’re explaining dementia to your child is to be honest in an age-appropriate way.

‘Rather than noticing their relative’s dementia itself, children might be most aware of changes in the household, with parents becoming worried and agitated,’ Lesley explains.

‘Children pick up on cues like secrets and hushed words, and while you might be trying to protect your child from what’s happening, they may actually worry more. It’s much better to be open, and answer their questions as they arise.’

Here are some of the questions children may have, and how you can answer them.

‘Why is Grandma bad tempered all the time?’

‘Grandma is getting older and her brain is slowing down. Sometimes she gets angry and snappy, but she’s not cross with you – she’s just frustrated that she can’t do some of the things she used to be able to.’

‘Why doesn’t Nana want to play with me any more?’

‘Nana has an illness called dementia. It makes it hard for her to concentrate, and she finds things like counting and reading more difficult. It’s not so easy for her to play board games / play shops / read you stories, but there are lots of different things you can do with her, like playing with your dolls or playing catch.’

‘Why does Gramps do silly things?’

‘Dementia makes people confused, so sometimes Gramps does silly things like putting the milk in the cupboard instead of the fridge. Try not to laugh at him, as it might make him upset – why don’t you try to help him instead?’

‘Can I catch dementia from Uncle Bob?’

‘No, dementia isn’t a disease you can catch. Some people develop it as they get older, but you can’t catch it from Uncle Bob, and nor can I.’

‘Why is Nan getting her words muddled up?’

‘It’s because dementia changes the parts of the brain that control how you speak. Even though she finds talking more difficult now / can’t really talk at all, she still understands you and loves it when you talk to her.’

‘Has Grandad forgotten who I am?'

‘I know it’s hard that Grandad can’t remember your name/doesn’t recognise you any more, but he still knows you’re special to him and really enjoys it when we go to see him.’

‘When people get older, they sometimes get confused, forget things and have trouble looking after themselves. Aunty Liz is moving into a care home where there are people to look after her. They’ll help her with the things she finds difficult and keep her safe.’

‘Is Grandpa going to die?’

‘Everyone dies eventually. It’s really sad when it happens, but everyone is looking after Grandad really well and helping to keep him comfortable. I know it seems like he’s asleep all the time, but you can still talk to him and hold his hand. Why don’t we draw him a picture to put on his wall?’

Top tips for talking about dementia

‘Children are not afraid of asking direct questions, so give them a direct answer,’ advises Lesley. ‘It’s harder for them if the adults around them are whispering and talking in euphemisms. Explaining what’s happening in the right way for their age will probably make them worry less.’

2. Tailor conversations to their age and stage

‘In our research with primary school children, we found that younger children wanted to know more about how to maintain a relationship with their loved one and what to do when they go to see them, whereas KS2 children were more interested in the brain and how it changes in dementia,’ says Helen.

There are some great YouTube videos on the structure of the brain, which appeal to older children’s thirst for scientific answers.

3. Talk about how they can help

Children love to feel helpful, so encourage them to think about how they could help their loved one with dementia. For example, they could brainstorm activities that they could do together, or put together a memory box for them. They could even do some fundraising for dementia charities.

4. Let them talk things over

‘Although children tend to be very accepting – more so than adults – at times they might find their loved one’s dementia difficult,’ says Lesley. ‘Give them space to talk if they want to; for example, when you’re on your way home after a visit, ask them what was the best thing about the day, or what made them laugh. It’s important that they can say how they feel and verbalise anything that upset them.’

Dementia UK has a lovely animation explaining dementia, developed by working with children. There’s also a section of their website dedicated to parents, young children and older children.

Dementia Explained has been developed by Alzheimer’s Research UK to help children and teenagers understand dementia, how it affects someone and how this could impact their lives.

Books can help, too: see our recommendations below.

‘Adults often find dementia harder to deal with than children, who tend to take it in their stride,’ says Helen. ‘Don’t be afraid to let your child spend time with the person with dementia, or visit them in a care home: it’s beneficial for both the child and the older person. The more we encourage their curiosity and engagement, the more they accept what’s happening.’ 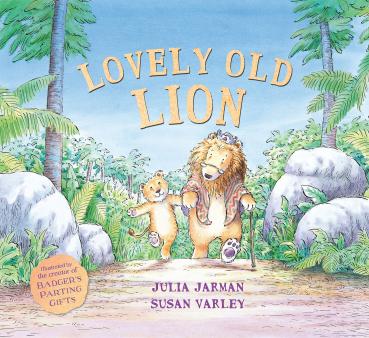 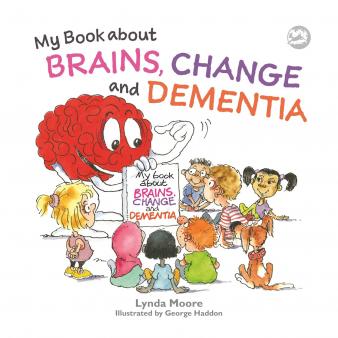 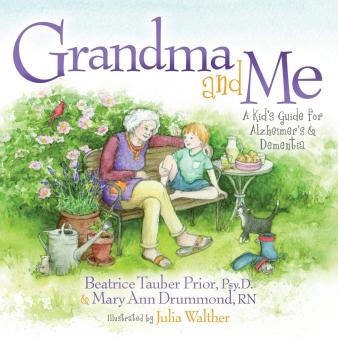 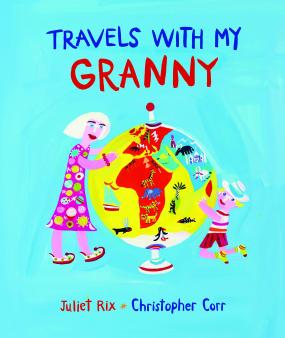 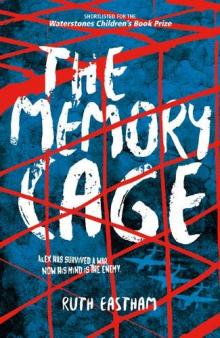 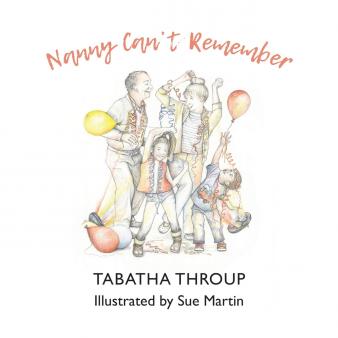 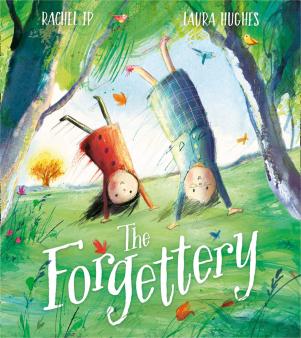