With over a third of young people having witnessed hate speak online, how can we tackle intolerance by raising the next generation of open-minded and accepting kids?
Login or Register to add to your saved resources
Tolerance has never been a more important issue than it is today. But in the UK, a recent study shows that over a third of 12- to 15-year-olds have been exposed to hate speak online.

In this climate, parents and teachers have a vital role to play in helping children grow up without prejudice and learn empathy. ‘Learning about tolerance might sound like a wishy-washy idea, but far from being a passive acceptance of things we don’t like, it’s a powerful tool not only to achieve peace in our playgrounds, but also to hone young minds in critical thinking, logic and communication skills,’ says Rhian Seller, co-founder of the Learn2Think Foundation, which organises the UN International Day for Tolerance in primary schools.

Trial it for FREE today
So how can we help our children grow up to be tolerant and respectful people?

One of the most important things we can do to raise a tolerant child is talk about what tolerance is, and model it ourselves. We may think of ourselves as tolerant people, but we make hundreds of judgements every day, and we’re not always as discreet about them as we might think.

‘Tolerance is most needed when we don’t agree with someone, or when they are different from us,’ says Rhian. ‘It’s about learning to discuss things and argue with people without getting angry or upset.’

Often, we can be outspoken with our own opinions – for example, about politics – and this can influence our children’s viewpoints. Instead, we should try to hold back and let children think and talk for themselves. Look at newspapers and websites together, and watch child-friendly current affairs programmes and discuss what’s going on.

Most of us hang out with people who are like ourselves in terms of race, culture, religion and upbringing. But in a diverse world, it’s vital for children to meet and socialise with people from all walks of life.

Try arranging a playdate with a child who comes from a different background, or set up a penpal correspondence with someone in another country. Learn about other religions’ festivals and traditions, and try cooking some of their recipes or learning a song. Even simple things like going to a park in a more ethnically diverse area can help your child see that the world is made up of all sorts of different people.

This is a good game for KS2 children, and can be done at home with the family or a group of friends. ‘It’s designed to show how what we tolerate and what we don’t tolerate is on a scale, and isn’t simple,’ says Rhian.

1. Use masking tape to create a line on the table or floor, with the words ‘Tolerate’ at one end and ‘Never tolerate’ at the other.

2. Each person fills in four Post-It notes – two for what they ‘tolerate’ and two for what they ‘never tolerate’ – and places them along the line, according to how strongly they feel about it. Start with something simple like pop stars, football teams or vegetables. Then move on to behaviours (e.g. technology at the dinner table, interrupting, swearing, being drunk in front of children), and thirdly, ideas or beliefs (e.g. Brexit, eating meat, extremism).

3. Each person has an ‘opportunity’ Post-It (like Chance in Monopoly) with the following words: Why? (please explain yourself), Reverse (argue another person’s point for them e.g. Mummy not wanting phones at the table)? They can use their Post-It whenever they like in order to find out more, challenge or push for reasoning.

4. See if you can persuade someone to move their Post-It up or down the scale, based on a new perspective or persuasive argument.

‘This game gets children thinking at a deeper level and is good at for developing listening, thinking and communication skills,’ says Rhian.

It can be tempting, when talking to kids, to steer clear of potentially contentious issues and talk in euphemisms, but raising tolerant children means not brushing things under the carpet. ‘As parents, we need to be brave in tackling tricky subjects and hard questions rather than fobbing children off,’ says Rhian.

Teach your child the correct terminology for racial, sexual and religious terms: for example, use the word ‘black’ to describe someone’s skin colour, rather than saying, ‘the little boy with brown skin.’ The more open we can be in talking about difference, the more normal these differences will seem.

It’s also important to counter stereotypes. For example, if your son tells you he can’t take a pink balloon from a party because it’s a girls’ colour, tell him outright, ‘That’s not true.’ Use it as a springboard for a discussion about what makes him think that, and why other people might think it.

Music and song are great for kickstarting conversations about tolerance. For KS1 children, listen to Everyone is Different from LBB Junior:

‘Get children to come up with three things that are different about themselves, within the family or within their class,’ says Rhian. ‘Tell them that’s what makes them special, and other people’s differences are what make them special, too.’

For KS2 children, Lanny Sherwin’s Everyone is Different is a great song to prompt a discussion about difference. ‘Ask children what they think is different about them,’ says Rhian. ‘What kind of differences are people picked on for? Why do they think some people pick on others because they are different?’

Learning about tolerance and kindness through books

Books are brilliant for familiarising children with different ways of life and more than half of parents in Britain believe that reading a book is the best way to help a child develop empathy, according to a poll commissioned by Amnesty International to coincide with the Amnesty CILIP Honour, the first ever human rights commendation for children’s books. Some books have an overt message while others are more subtle, but discussing them with your child can lead to some illuminating conversations where you tackle the issue of tolerance; research also suggests that children exposed to more storybooks tend to be better at understanding the thoughts and emotions of other people. 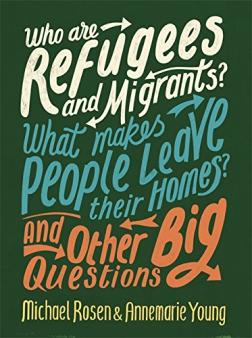 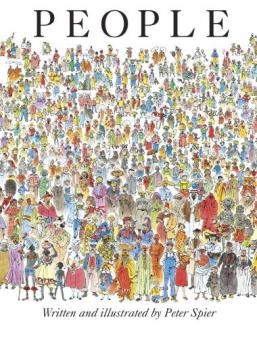 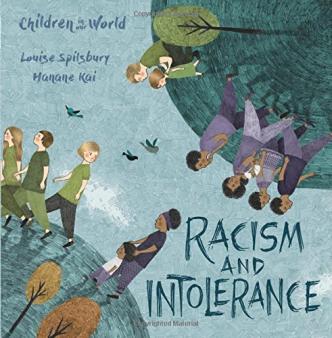 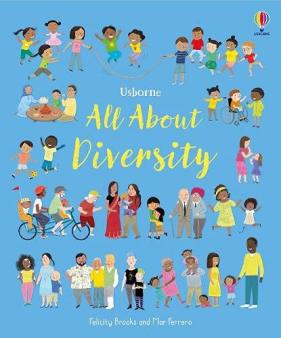 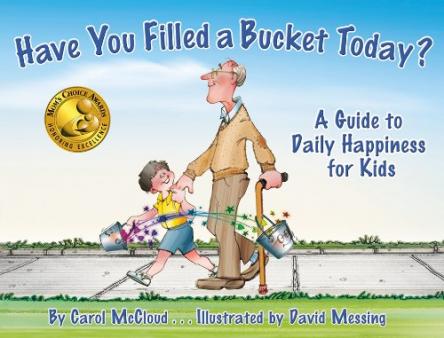 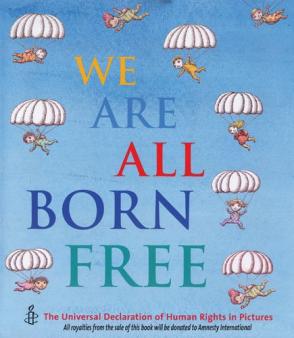 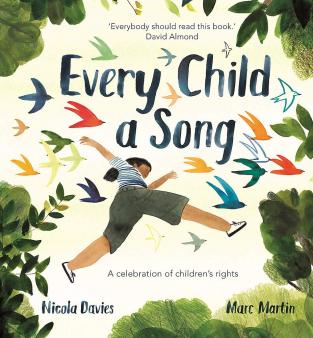 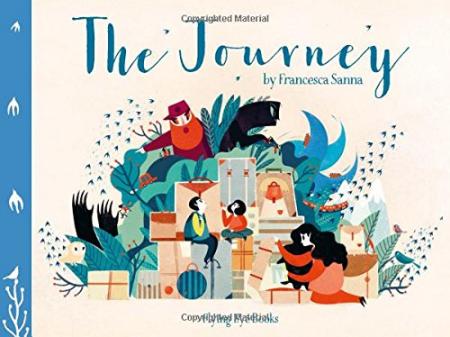 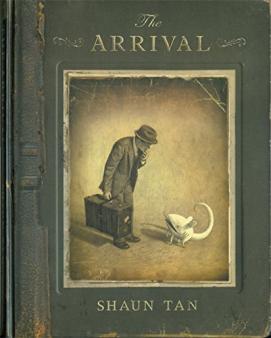 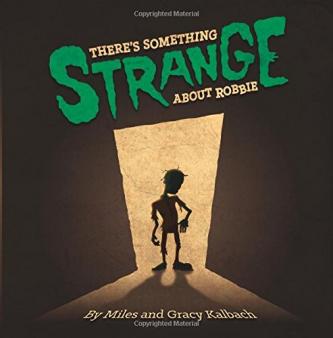 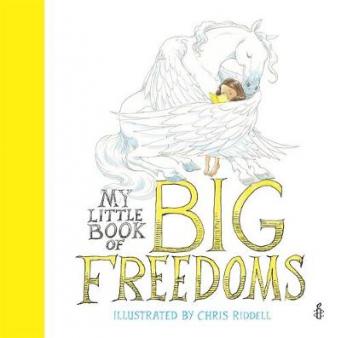 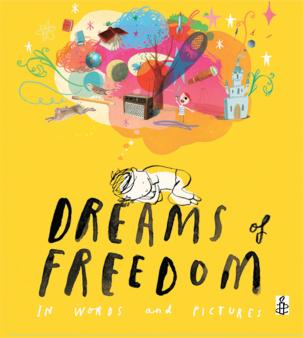 If you're looking for classics, books chosen by parents as the best to help children learn to identify with others include:Author Medeia Cohan wrote a book about head coverings, Hats of Faith, to help answer some of her son's questions about all the different people he saw every day. It's a great, board-book way to introduce your child to cultural differences and practices.

It’s a fact of life that primary school children will have disagreements, and we all know how easy it is to get drawn into slinging insults rather than arguing your opinion assertively. Instead, teach your child how to stand their ground without resorting to personal attacks – sibling disputes often provide the perfect teaching point!

Try to encourage them to use ‘I’ statements (‘I feel angry when you make fun of me’) rather than ‘you’ accusations (‘You’re horrible and I hate you’); it’s these ‘you’ statements that can easily tip over into racism, sexism or other discriminatory language.

If your child’s school has a debating club, this is a brilliant place to learn the skills of arguing effectively.

Humanists are non-religious people who use evidence and reason to understand life and place human welfare and happiness at the centre of their ethical decision making.

Understanding Humanism offers free teaching resources for all different ages, as well as a list of books about humanism for children and young people.

Ultimately, hate and intolerance is almost always borne out of fear and insecurity. When we’re scared of the unknown or feel our security is at risk, we lash out at those who we see as a threat. So arguably the biggest thing you can do to raise a tolerant child is to also raise a confident child. Love, praise, constructive criticism, openness and realistic expectations will all help to foster their self-esteem and help to make them a more secure and tolerant person, now and in the future.