Diversity in books is important for children of all cultures and ethnicities. We asked children’s author Chitra Soundar how representation can change children's experience of books and reading and enrich their life.
Login or Register to add to your saved resources

More children’s books are being sold in the UK than ever before – but how accurately do they represent the society we all live in?

According to research from the Centre for Literacy in Primary Education and the literacy charity BookTrust, fewer than 2% of children’s book creators are British people of colour. And not only are black, Asian and minority ethnic (BAME) authors and illustrators underrepresented in the children’s book market, but so are BAME kids themselves – only 15% of the children’s books published in the UK in 2020 feature characters of colour, though there is an encouraging year-on-year rise in representation in children's literature. 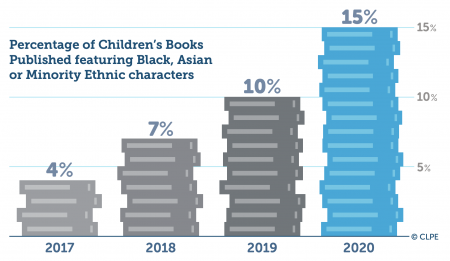 The Reflecting Realities research project also explains that although 33.9% of the UK's primary school population in 2020 had a minority ethnic background, only 8% of children’s books had an ethnic minority main character. 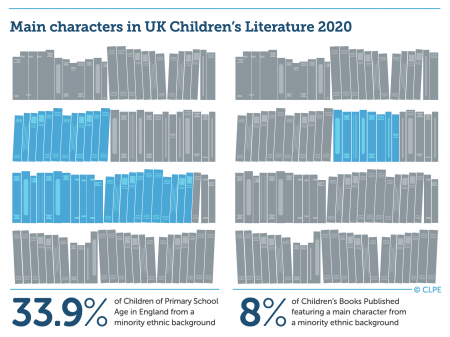 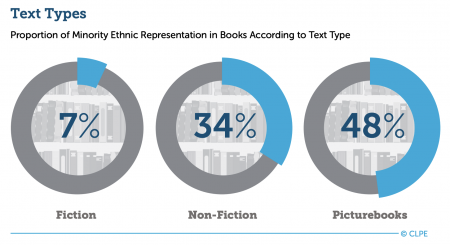 An infographic about children's books in the USA, Diversity in Children’s Books 2018, created by Sarah Park Dahlen and David Huyck with statistics compiled by the Cooperative Children’s Book Center, School of Education, University of Wisconsin-Madison, suggests that children's books are more likely to feature animal or non-human characters than they are people of colour. 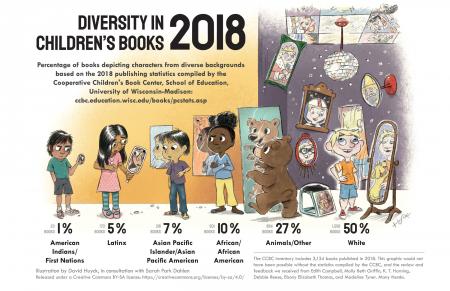 We asked Chitra Soundar, an Indian-born British author and storyteller based in London, why it matters that children encounter BAME characters in the books they read.

I recently visited a library in Kent to meet children from nearby schools, and there was one Indian child in a group of 90 – which is quite normal for most schools I visit across the country. He couldn’t hide his joy when I revealed that my stories are from India.

I witness this over and over again during my school visits: children experiencing the joy of finding themselves and their culture represented in books, like discovering an ice cream flavour they’ve never tried before.

Young children don’t consciously know they need representation in books. But if every primary school classroom had a bookshelf full of diversity, and every reading list was inclusive, every child in the class would experience the joy of seeing themselves represented in the books they read.

Growing up in India, I was brought up on a diet of adventure books from the West. I almost treated the Famous Five’s expeditions and Nancy Drew going to Honolulu as fantasies – things that I’d never ever be a part of.

Where I did see Indian characters in books, they were gods and legends, not ordinary kids like me.

If I had read children’s books like the Enid Blyton adventures I loved, but with Indian protagonists, I might have been open to exploring more of life’s adventures, instead of limiting myself to traditional choices. I might have become an author two decades sooner, rather than working for a bank, if I’d had role models to look up to.

Today when I visit schools, I see that children from Asian and Black backgrounds often write stories about white protagonists because, like me, they’ve never seen themselves in books.

When children don’t encounter strong BAME protagonists or only see BAME characters as sidekicks in books, they tend to apply what they see to real life. They assume adventures and saving the world are best left to their white peers.

Right from nursery age, children relate the characters in books to their own situations. So by not creating strong BAME protagonists, we’re denying these children the opportunity to build self-confidence, courage and leadership. They absorb the subconscious message, ‘you don’t belong here.’

White children also suffer when we don’t consciously offer different perspectives of our society through books. Without showing them diversity, we’re in danger of raising a future generation that fears differences and denies their BAME peers an equal place at the table.

From fiction to non-fiction, poetry to fairy tales, if every child read books featuring different ethnicities and cultures, it would open up new paths to walk on, avenues to explore and worlds to discover. And if every primary school teacher consciously looked for inclusive books, they would create classrooms that thrive on differences.

When I do assembly talks, I often make the children pronounce my name and they giggle, because it’s unfamiliar to them. Then I tell them the story of how I’m named after the brightest star of the day I was born, and that my name also means ‘painting,’ and they stop laughing and are eager to share their own stories about names. That is the power of stories: they can transform classrooms into engines of empathy.

Stephen King said, ‘Books are a uniquely portable magic.’ For that magical adventure to be relevant to all children, we need to share books that portray an inclusive cast of protagonists doing ordinary everyday things like celebrating birthdays, having a tantrum, worrying about a new sibling and being superheroes. This demonstrates to every child that we are all similar despite our obvious differences, and any one of us can be a hero in our own story.

Today’s young learners are tomorrow’s teachers, train drivers, doctors, scientists and parliamentarians. Adding a little diversity and empathy into their daily diet of stories will create a society where no one feels disadvantaged or held back by their ethnicity, and where we celebrate differences instead of ignoring or vilifying them.

Chitra’s books are published in the UK, Europe, Asia and North America. She often visits schools and libraries to teach creative writing and tell stories.

Book recommendations supported by BookTrust Represents, a project created to promote children’s authors and illustrators of colour, reflecting the increasing diversity of families in the UK. 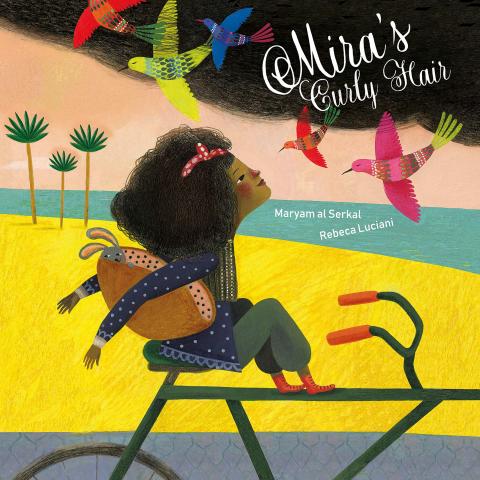 The little girl’s desire to be like her mother is touching, and the concept that differences should be celebrated rather than supressed is an important message to communicate to young children. 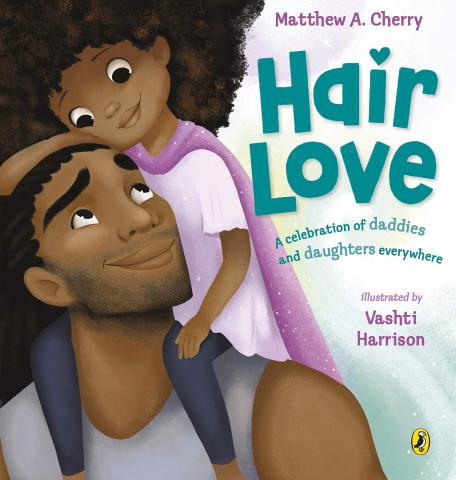 Zuri's beautiful hair has a mind of its own! It kinks, coils, and curls every which way. Mum always does Zuri's hair just the way she likes it, but Daddy is keen to learn to style it for an extra special occasion. 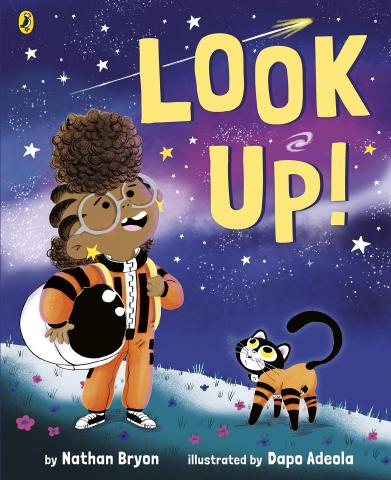 Look Up! by Nathan Bryan

Sprinkled with facts about meteors and space, this charming picture book is also a lovely representation of family, sibling relationships and one girl’s infectious enthusiasm. 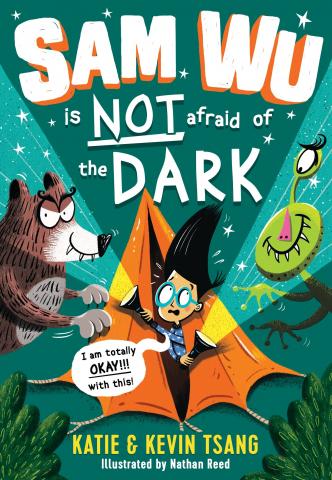 Sam has proved that he is the bravest kid in his school (although his sworn enemy Ralph still calls him ‘Scaredy-Cat Sam’). Now it’s up to him to protect everyone against all types of attacks and survive the class camping trip. 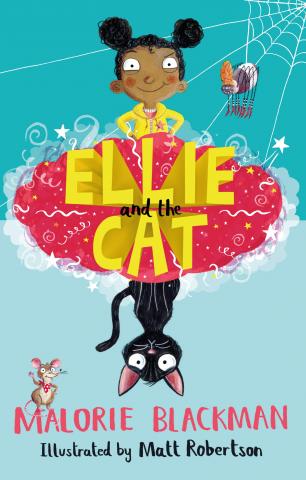 Ellie and the Cat by Malorie Blackman

When she’s turned into a cat, we get to see Ellie for who she really is behind the sadness of missing her dad, while she’s given the chance to make some unusual new friends and ultimately find a place to belong. 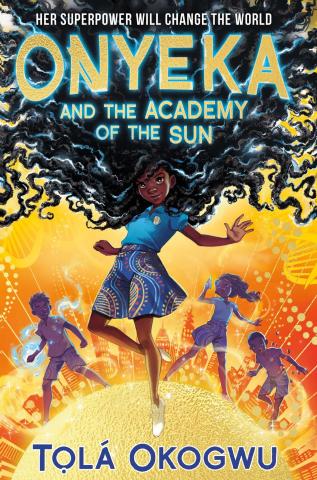 Onyeka and the Academy of the Sun by Tola Okogwu

An action-packed superhero series about a British-Nigerian girl who learns that her Afro hair has psychokinetic powers. At the Academy of the Sun, a school for children with superpowers, Onyeka trains to fight in an epic battle between truth and lies. 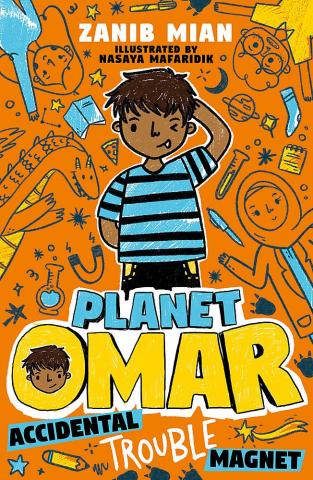 Planet Omar has all of the everyday family drama and silly humour of Tom Gates, and it's wonderful to read a funny book for kids featuring a Muslim family. Book 2 (Unexpected Super Spy) and Book 3 (Incredible Rescue Mission) in the Planet Omar series are also available. 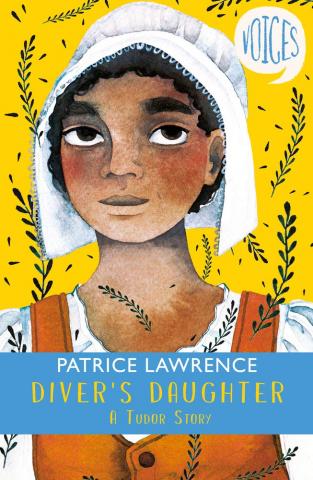 Based on the story of an African diver Jacque Francis in Tudor times, the story of Eve and her mother brings to life the harsh reality for people of colour living in Elizabethan times. 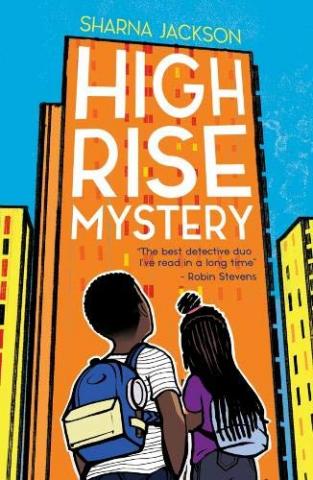 Nik and Norva are totally lovable detectives to root for in this fast-paced, hilarious and exciting story. 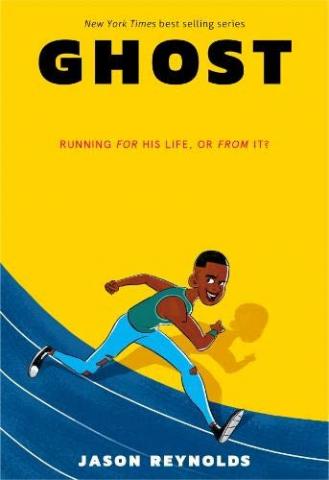 Even though he has been running his whole life, Ghost has never thought of athletics as a sporting option – basketball is his thing. But when Ghost challenges a sprinter to a race and wins, his life starts to change. 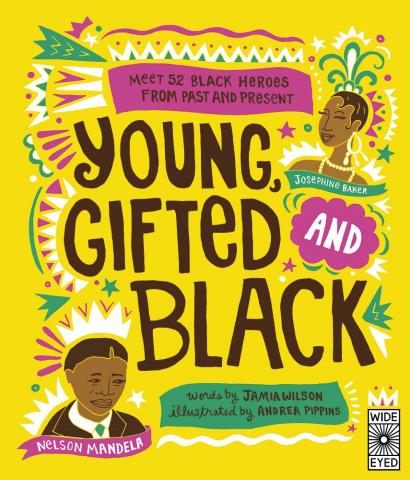 Meet 52 icons of colour from the past and present in this collection of stories about strong, courageous, talented and diverse men and women: the perfect read to encourage, inspire and empower children young and old. 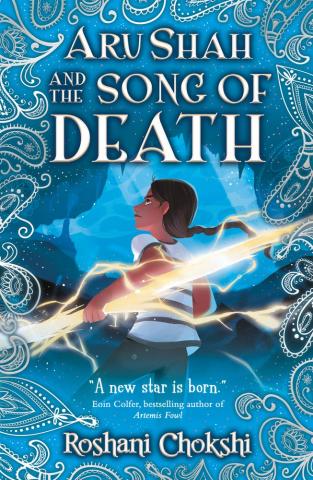 Aru Shah and the Song of Death by Roshani Chokshi

Packed with humour, wisdom and a satisfyingly twisty plot, this story will take confident readers on a magical journey.

Hair Love, the Oscar-nominated animated short film from Matthew A. Cherry, tells the story of an African American father learning to do his daughter’s hair for the first time. It's also one of our recommended BAME-character books, featured above.

Step inside your own story

Anyone can be the author, illustrator or star of a story. Why not take part in the British Library's Step inside your story initiative, which celebrates diversity in children’s books, to find out for yourself?

Look through resources from renowned writers, poets, illustrators and storytellers, including Mara the storyteller, Joseph Coelho, Zanib Mian, Sandra Agard and Allen Fatimaharan, then learn how to make your own concertina book about yourself.

Win a year’s supply of books with Reading Chest!

Reading Chest is the book rental service for children learning to read. Enter for a chance to win silver membership worth £140.