Introduce the whole family to the achievements of female scientists, explorers, artists, physicians, writers and more in our round-up of the best girl-empowering books for kids. From KS1 picture books and tales to inspiring grown-up "bedtime stories", we love these girl-power celebrations of outstanding people.
Login or Register to add to your saved resources 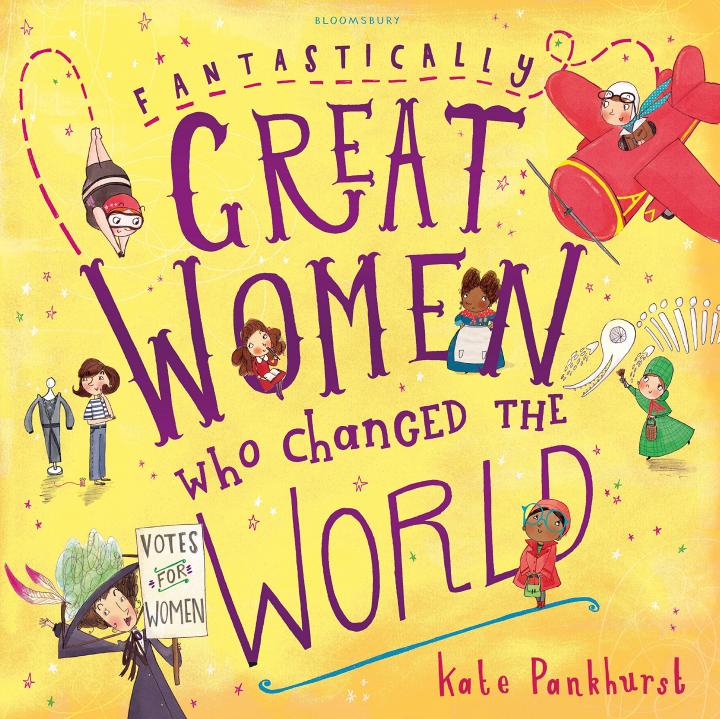 Fantastically Great Women Who Changed The World by Kate Pankhurst 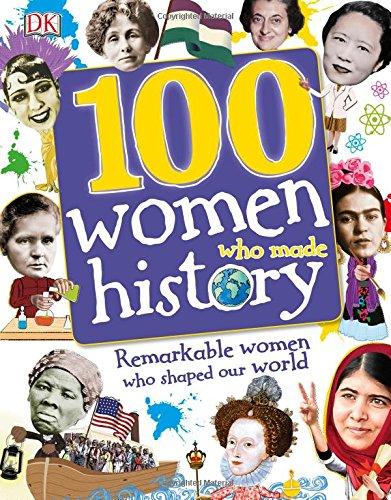 100 Women Who Made History

Clued-up creatives, Super scientists, Inspired campaigners, Leading ladies, Intrepid entrepreneurs and Amazing achievers... they're all in this magazine-style, colourful and fact-filled guide to the women who shaped the world we live in. Brilliant to dip in and out of. 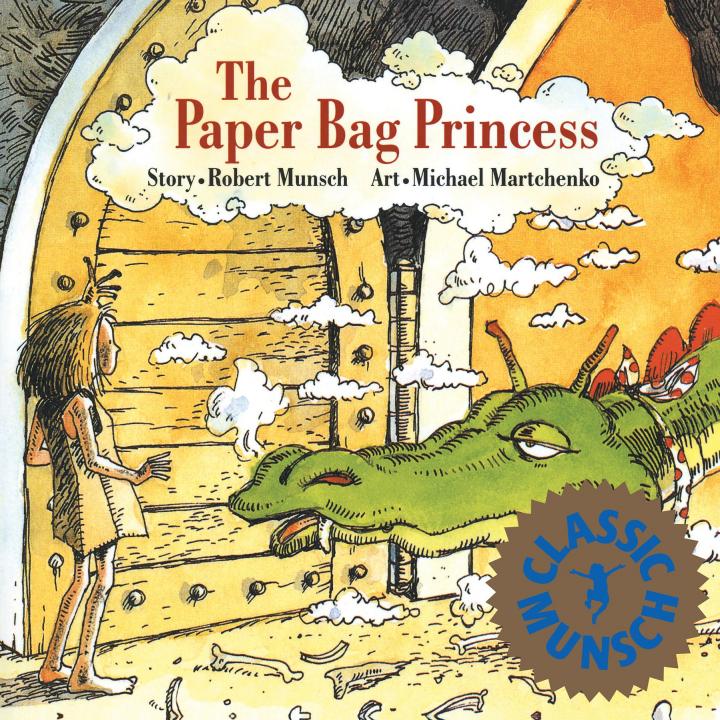 If you haven't read The Paper Bag Princess, the best-selling 1980 story of a capable, independent princess and her attempts to rescue a hapless prince, buy it now! "One of the best children's books ever written" according to The New York Times, this funny, feisty tale is sure to become a firm favourite with all the girls (and boys) you read it to. 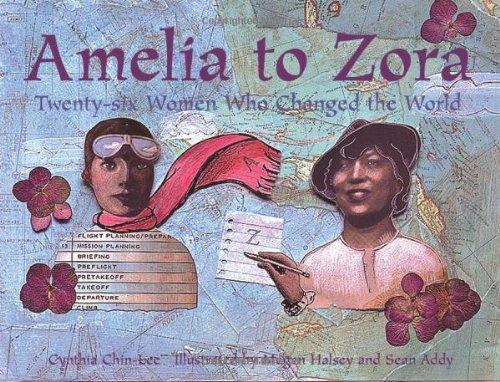 Amelia to Zora by Cynthia Chin-Lee

Twenty-six amazing women, from pilot and explorer Amelia Earhart to anthropologist Zora Neal Hurston, are introduced and their lives pictured through collage illustrations. 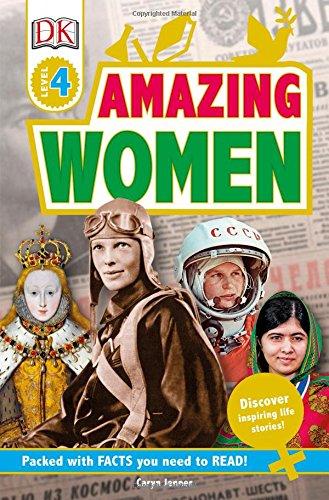 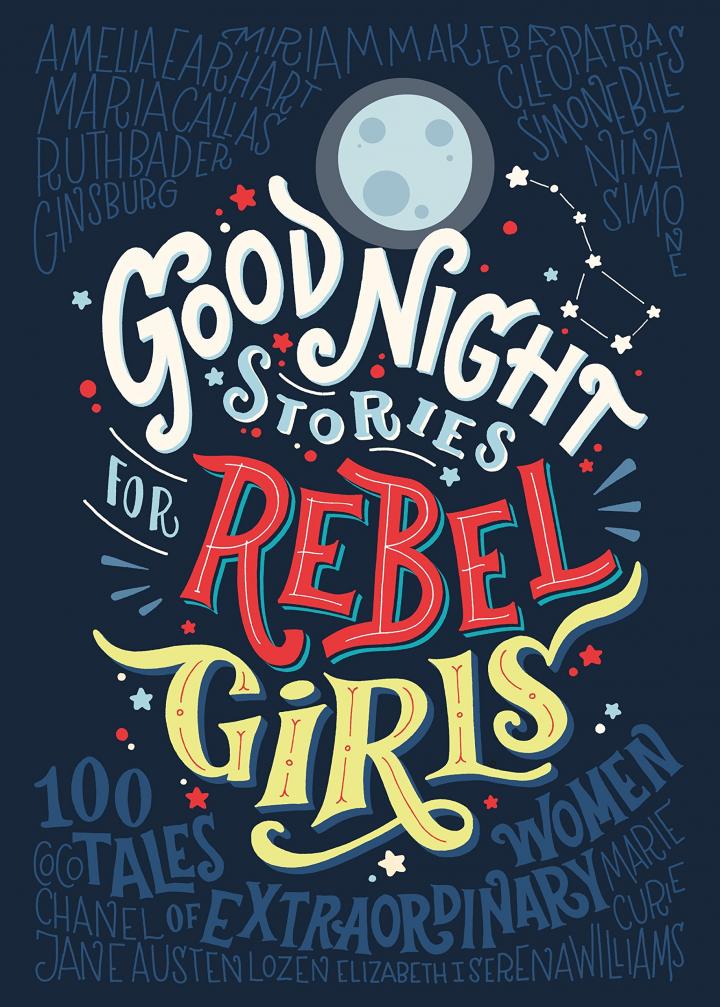 A number 1 best-seller that will take pride of place on every family's bookshelf, illustrated by sixty female artists from all around the world. Some of the 100 women featured will be familiar to you (Malala, Michelle Obama) and others will be new discoveries, but every story is a reminder that heroines definitely don't need rescuing. 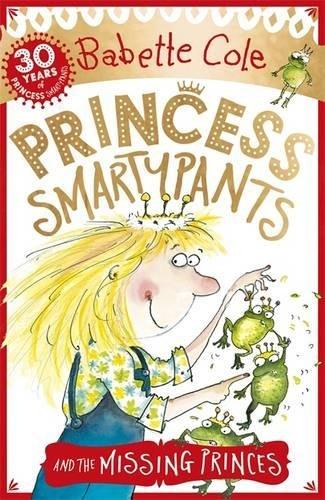 Princess Smartypants and the Missing Princes by Babette Cole

Babette Cole's Princess Smartypants made her debut in picture books 30 years ago; in her full-length adventures she's just as confident, brilliant and resourceful (and she definitely doesn't need a prince to help her rule over her kingdom of Totaloonia!). A great step up from early readers for 6-8 year olds, who will love the black and white illustrations peppered through the book. 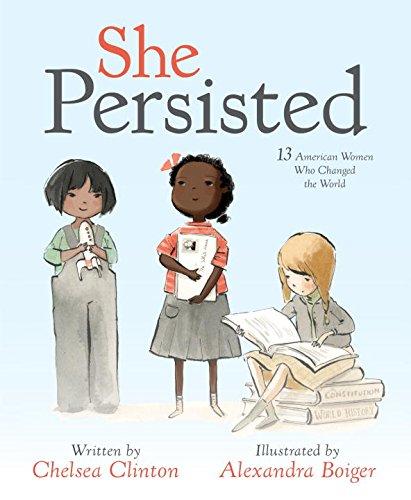 She Persisted by Chelsea Clinton

Chelsea Clinton's round-up of 13 American women who never took no for an answer, and who always persisted (a homage to Senator Elizabeth Warren's refusal to be silenced in the Senate in 2017), this is an inspirational collection reminding us of the importance of making our voices heard. 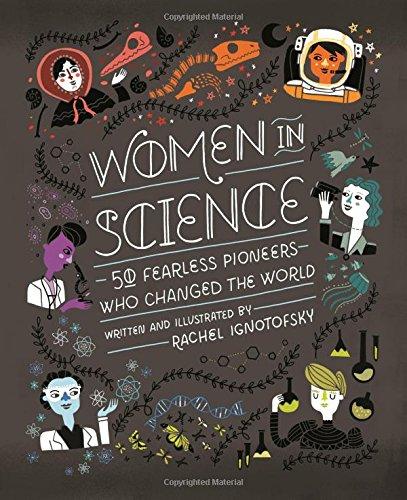 Women in Science: 50 Fearless Pioneers Who Changed the World by Rachel Ignotofsky

A book to pore over, this gloriously illustrated compendium of trailblazing scientists highlights the contributions of fifty notable women to science, technology, engineering and mathematics. Scientists from the ancient world as well as modern times are celebrated, including Marie Curie and NASA mathematician Katherine Johnson. 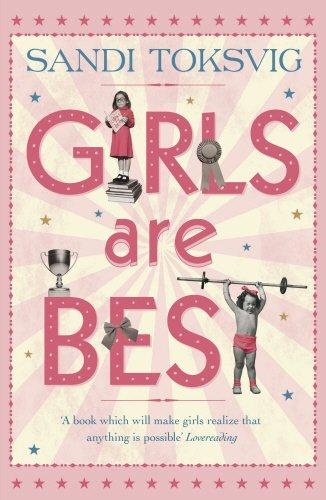 Girls are the best by Sandi Toksvig

Broadcaster and comedian Sandi Toksvig shows that his-tory is actually her-story too in her book about the (often forgotten) women who have changed the world, achieved great things, come up with wonderful inventions and won important battles. Engaging, funny and informative. 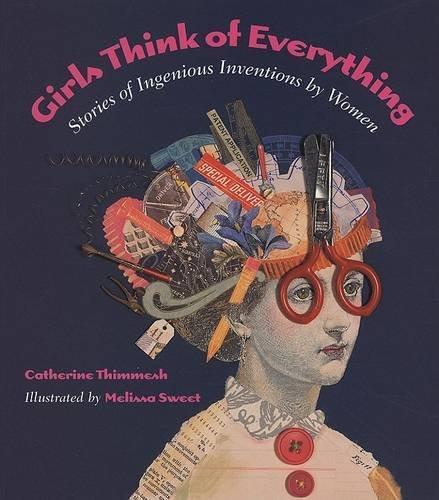 Girls Think of Everything by Catherine Thimmesh

A celebration of the women who have invented so many of the things that make up the fabric of modern life, from windshield wipers to chocolate chip cookies. Ten- and eleven-year-old inventors are included in the line-up! 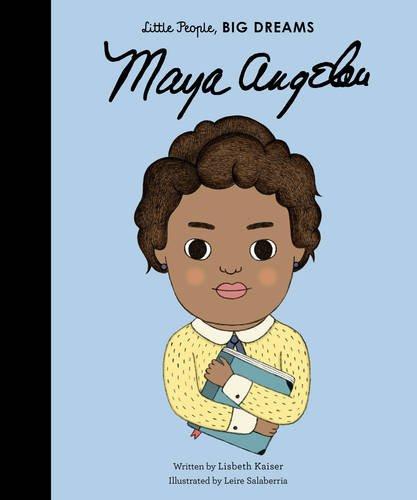 We love the Little People, Big Dreams series, which presents the lives of outstanding people in picture book format. As well as Maya Angelou the series covers the achievements of women including Marie Curie, Frida Kahlo, Rosa Parks, Agatha Christie and more. 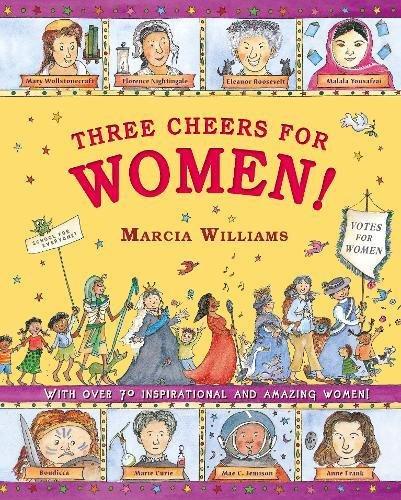 Marcia Williams celebrates inspirational women from all over the world in her wonderful comic-book style. From Cleopatra and Joan of Arc to Jane Austen, Eleanor Roosevelt, Wangari Maathai and Mae C. Jemison, this fact- and joke-packed book will introduce your child to some amazing women. 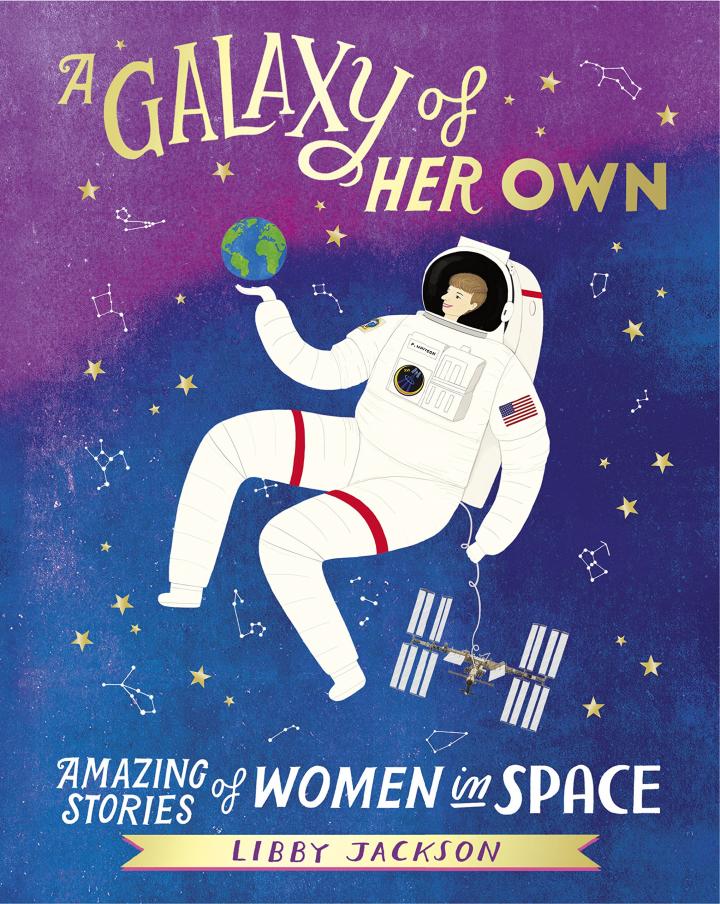 A Galaxy of Her Own: Amazing Stories of Women in Space by Libby Jackson

Space exploration has been, and will be, female as well as male, from its origins with the work of mathematician Ada Lovelace or rocket scientist Mary Sherman Morgan to the astronauts of the past (Helen Sharman) and the cosmonauts of the future (Samanatha Cristoforetti). Accomplished women in all areas of space research are profiled in this lovely book; will it encourage your budding space explorer to dream of star travel? 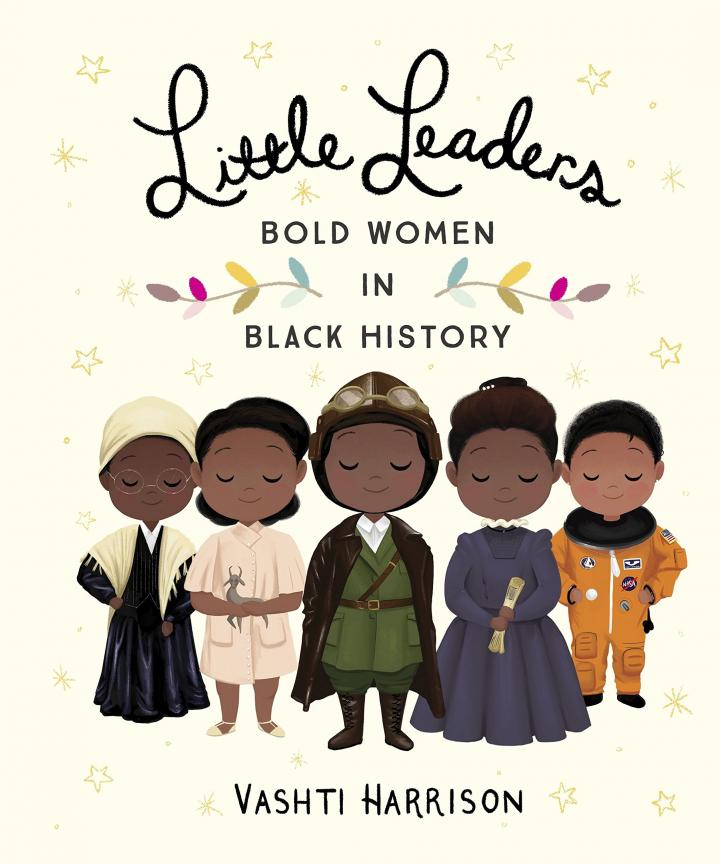 Forty trailblazing black women from past and present are featured in this fantastic biography collection, from nurse Mary Seacole and mathematician Katherine Johnson to athlete Florence Joyner and civil rights campaigner Rosa Parks. Some of the women featured are world-famous and some of them are lesser-known, but all of them broke boundaries and changed the course of history with their achievements. 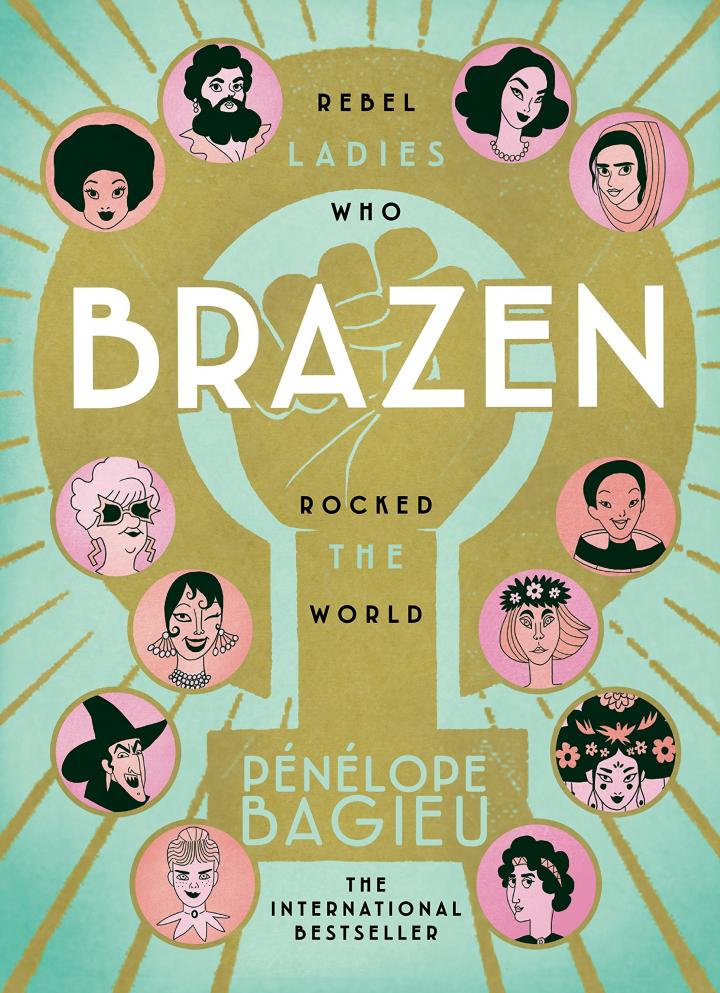 Brazen: Rebel Ladies Who Rocked the World by Pénélope Bagieu

A graphic novel compendium of remarkable lives, from Wu Zetian, Chinese Empress, to Katia Krafft, volcanologist – as well as some incredible rappers, athletes, warriors, explorers, social workers and doctors from all periods of history. This is the perfect dip-in, dip-out inspiring read for adults as well as adults-to-be. You won't be able to put it down! 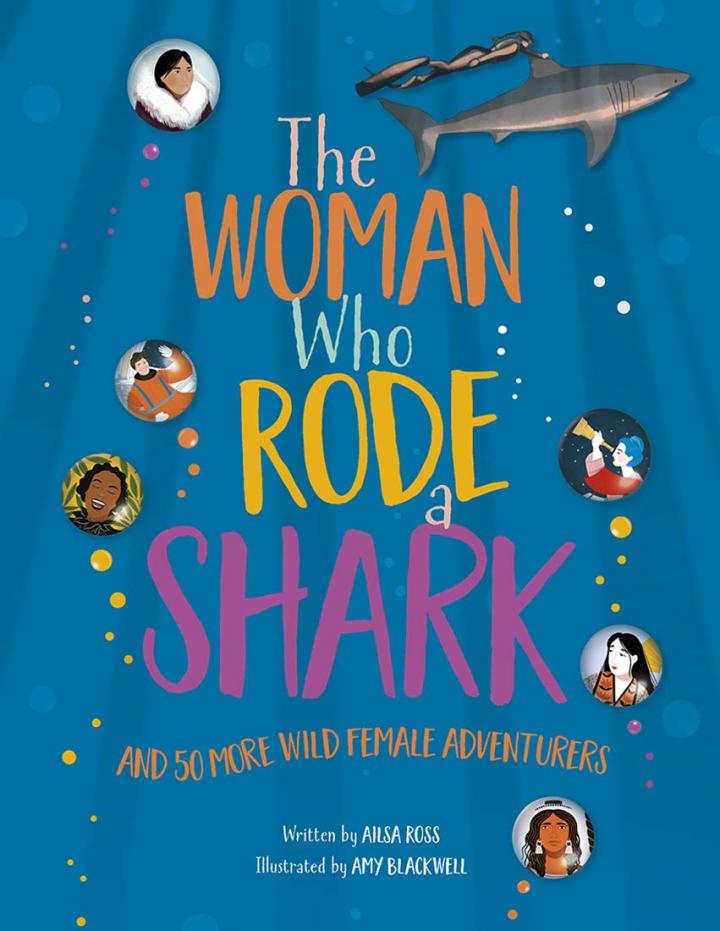 The Woman Who Rode A Shark by Ailsa Ross

Introduce young explorers to the trail-blazing women who came before them from 231 BC to today: aquanauts, astronauts, treetop explorers and more! The Woman Who Rode a Shark celebrates 50 ocean-diving, mountain-climbing, jungle-running female adventurers, from pilot Amelia Earhart to Isabella Bird, explorer of the Yangtze River, and Kimi Werner, the freediver who hitched a ride on the dorsal fin of a great white shark. 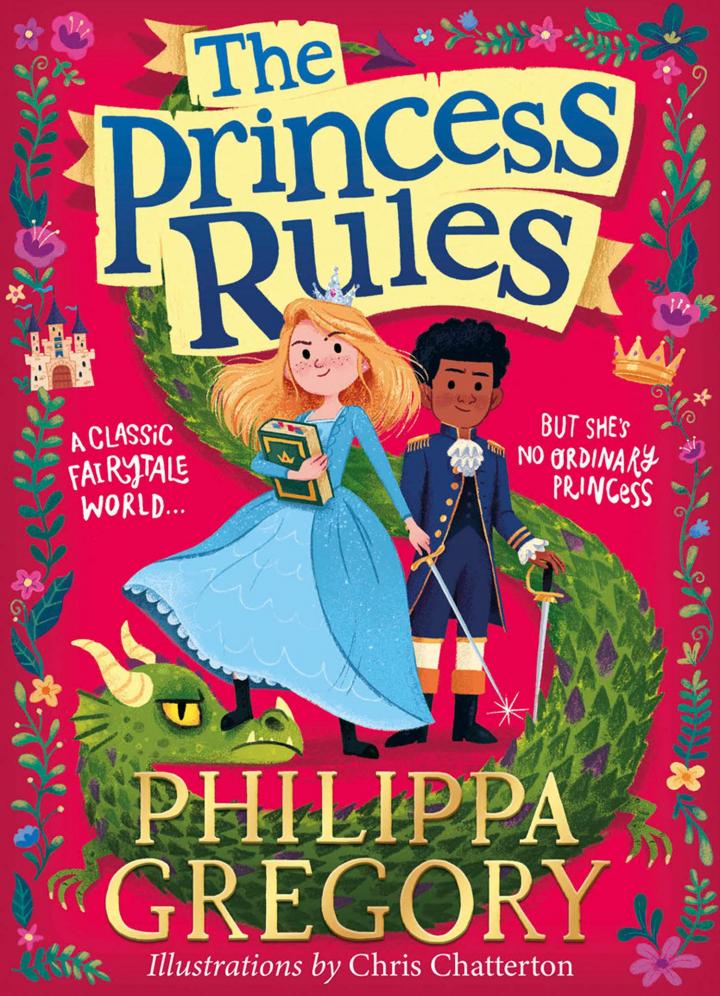 The Princess Rules by Philippa Gregory

A brilliant read for children aged 5 to 8, The Princess Rules is the story of Princess Florizella, a royal who needs no rescuing and no style advice – she's too busy having amazing adventures and living her life the way she wants to. Originally published in the 1980s, best-selling author Philippa Gregory has rewritten the Princess Florizella stories for a 21st-century audience but the heroine is as funny, quirky and original as ever. If princesses who dare to be different and break all the rules appeal to your family, don't miss another classic story, The Paper Bag Princess by Robert Munsch. 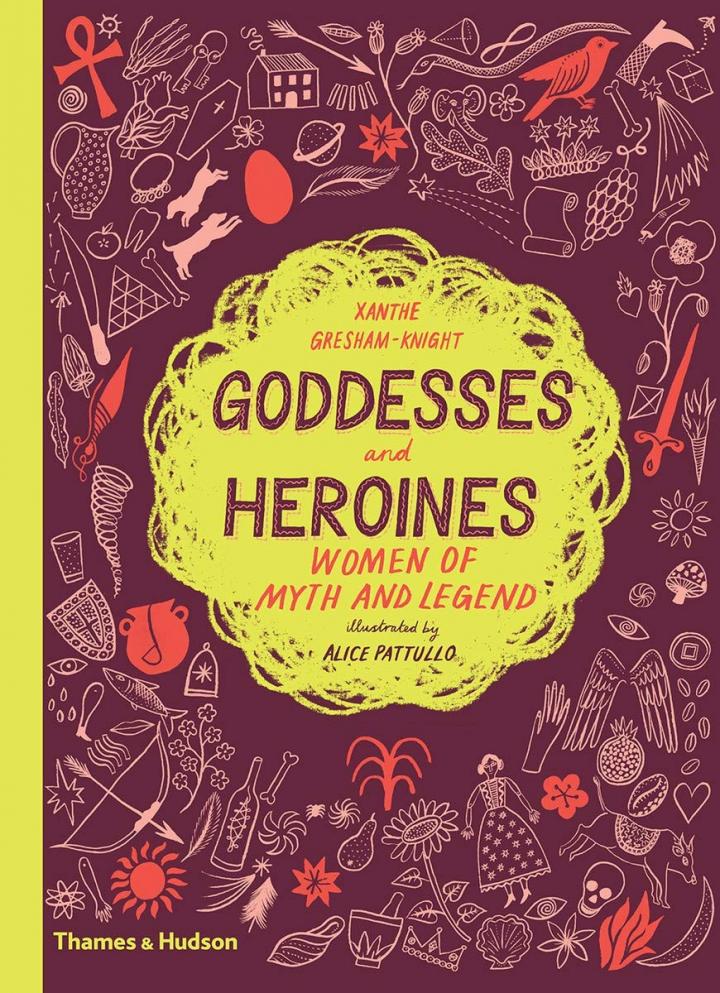 Goddesses and Heroines: Women of myth and legend by Xanthe Gresham-Knight

Aphrodite in Greece, Isis in Egypt, Inanna in Iraq, Mulan in China, Parvati in India, Osun in Nigeria and Bright in the UK and Ireland – in every country and culture there are goddesses and heroines, and this fully-illustrated, inspiring collection brings together 13 of their stories. These are the legends that have stood the test of time, celebraring the bravery, wit and strength of female deities and their human counterparts.