Best children's books about the Suffragettes

On 6 February 1918 the Representation of the People Act gave the vote to (some) women in Britain for the first time. Help your child understand the history of the women's suffrage movement with teacher Ashley Booth's pick of the best kids' books about the Suffragettes.
Login or Register to add to your saved resources 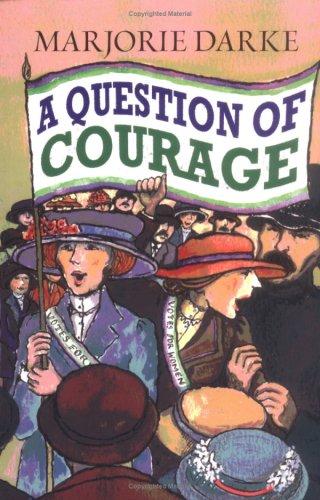 A Question of Courage by Marjorie Darke

(Out of print, second-hand only)

One for upper Key Stage 2, the book focuses on lower class Emily Palmer, who struggles through life and decides the key to change is to join the Suffragette movement and campaign for the rights of women. Stark and pulling no punches (the descriptions of the force feedings women had to endure are haunting), this is a real, deep, well-written insight into life as a Suffragette. 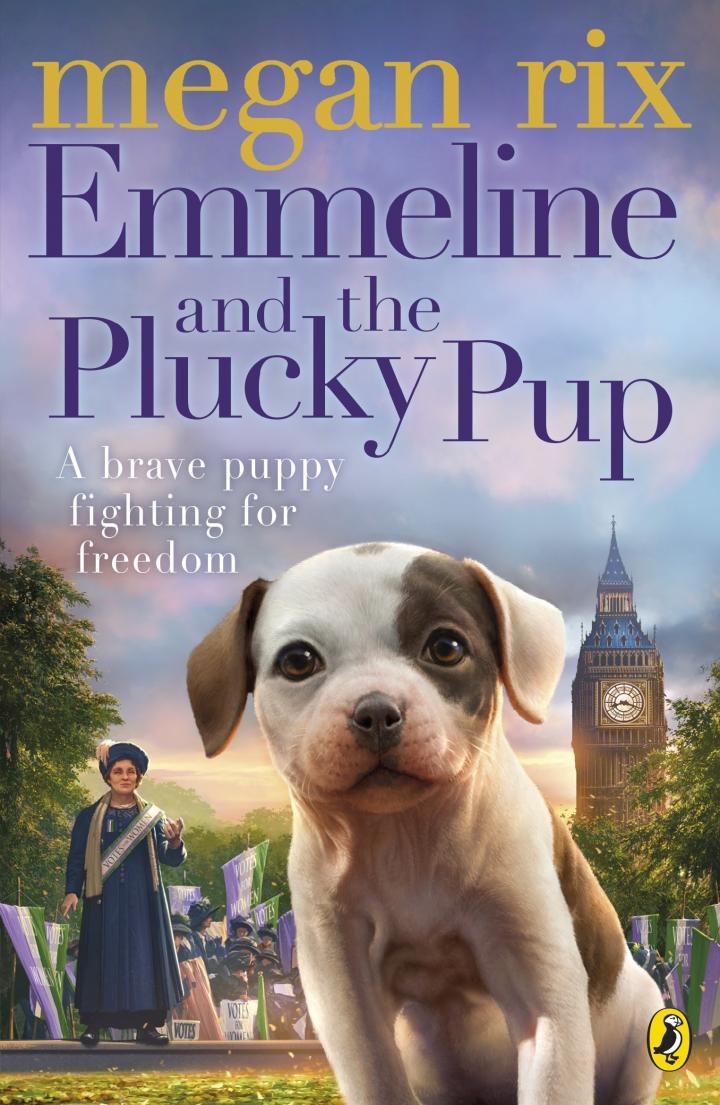 Emmeline and the Plucky Pup by Megan Rix

When Emmeline Pankhurst’s ward Alfie finds a puppy called Rascal, he’s shocked when she says she can keep him – Rascal is full of personality and is cute as a button. The duo deliver Suffragette material to the locals but find that it isn’t as safe as it might have seemed. A fascinating little adventure in the vein of Dick King-Smith, lovely for the younger half of KS2. 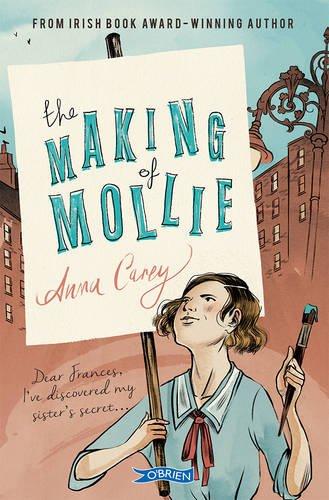 The Making of Mollie by Anna Carey

Another one for the older children, Carey’s beefy novel focuses around Mollie, her sister Phyllis and best friend Nora as they join the Suffragettes moving and attempt to make a real difference in the world. This is a funny book that encapsulates the serious history side whilst being funny and heartwarming. 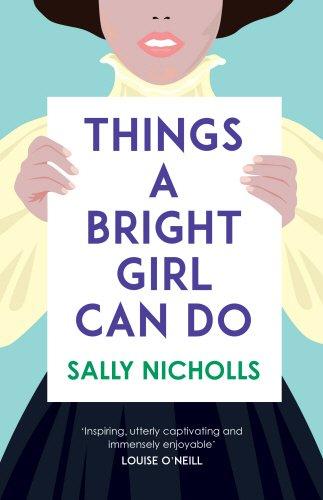 Things A Bright Girl Can Do by Sally Nicholls

This book is only suitable for secondary school children. It focuses on 17-year-old Evelyn and her fight for women’s equality. It’s an exceptionally powerful read that touches on sexuality, equality, belonging and empathy. It’s funny, hard-hitting and ultimately very compelling. 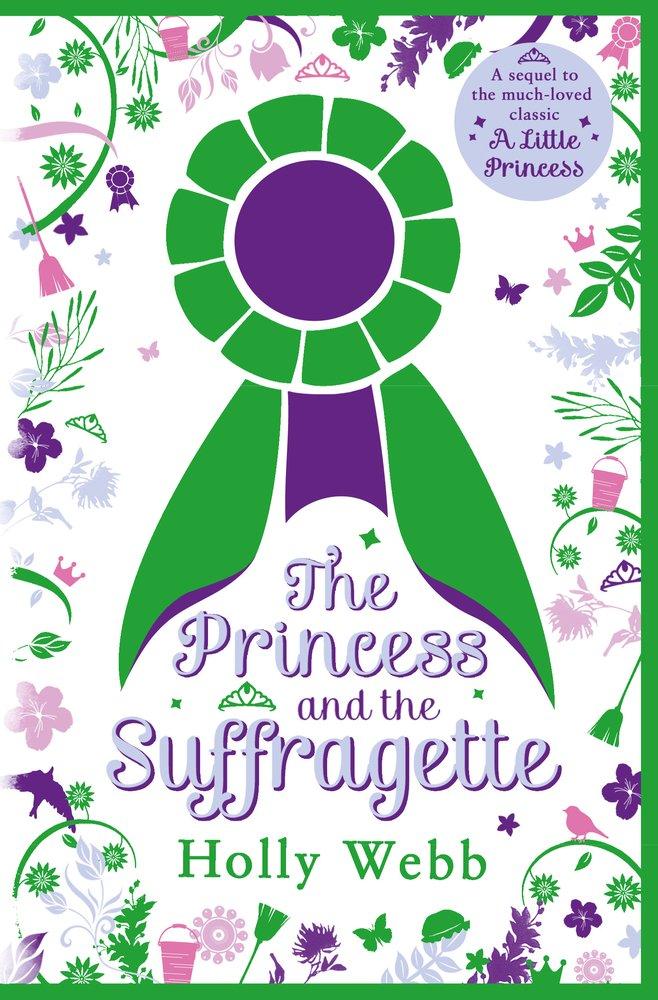 The Princess and The Suffragette by Holly Webb

This sequel to the classic A Little Princess follows Lottie, the youngest child from the previous book, who learns about the Suffragettes from the returning Sara. She sneaks out to a Suffragette demonstration to defy her father, but he has some secrets of his own… One for all primary-school ages, this is a wonderful book, with a great heart and even greater message. 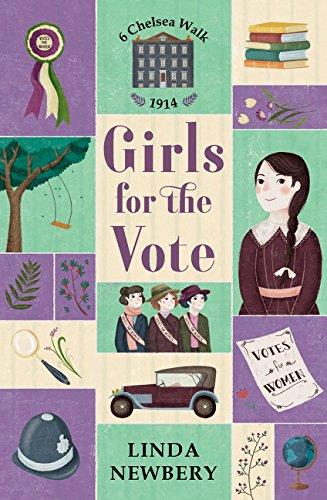 Girls for the Vote by Linda Newbery

In 1914 Polly is 12 and intrigued to meet two young women who move into the flat abover hers. One is a suffragette and one is a suffragist; both of them believe in votes for women. Their campaign strikes a chord with Polly. Should she stand up for her ideas and join a protest march, even if it means clashing with her family? Historically accurate, this is also a great story for KS2 readers. This book was previously published as Polly's March. 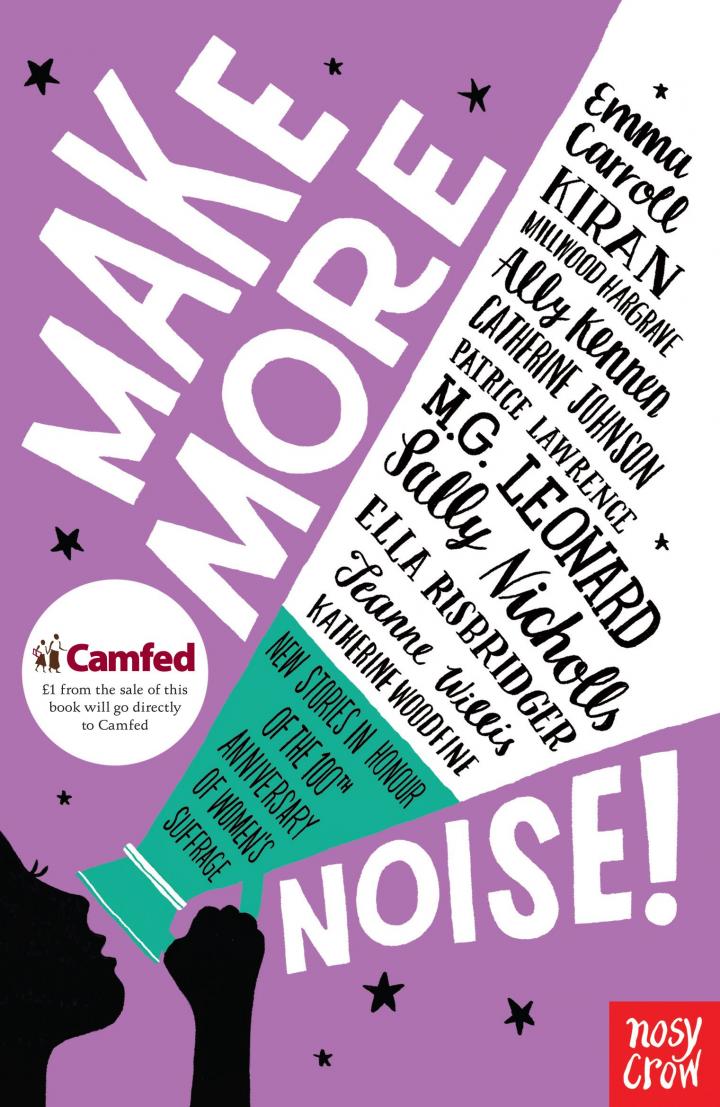 "You have to make more noise than everybody else," said Emmeline Pankhurst, the leader of the British suffragette movement. All the short stories in this collection, published to celebrate the centenary of the anniversary of women's suffrage, shout loud and clear about girls and women at the centre of their own stories, whether they're set in the present, the past or in other worlds. Read and listen – and be inspired to make your own voice heard. 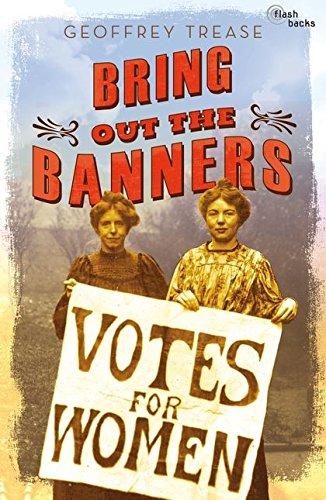 Bring Out the Banners by Geoffrey Trease

As the Suffragette movement begins to gather pace, a wealthy young woman and an office worker forge an unlikley friendship, brought together by their common goal to gain women the right to vote. A well-described story of a time of social change and upheaval, which communicates a flavour of the suffragettes' lives of secret meetings, police oppression and force feeding (with a graphic description of this brutal prison tactic). 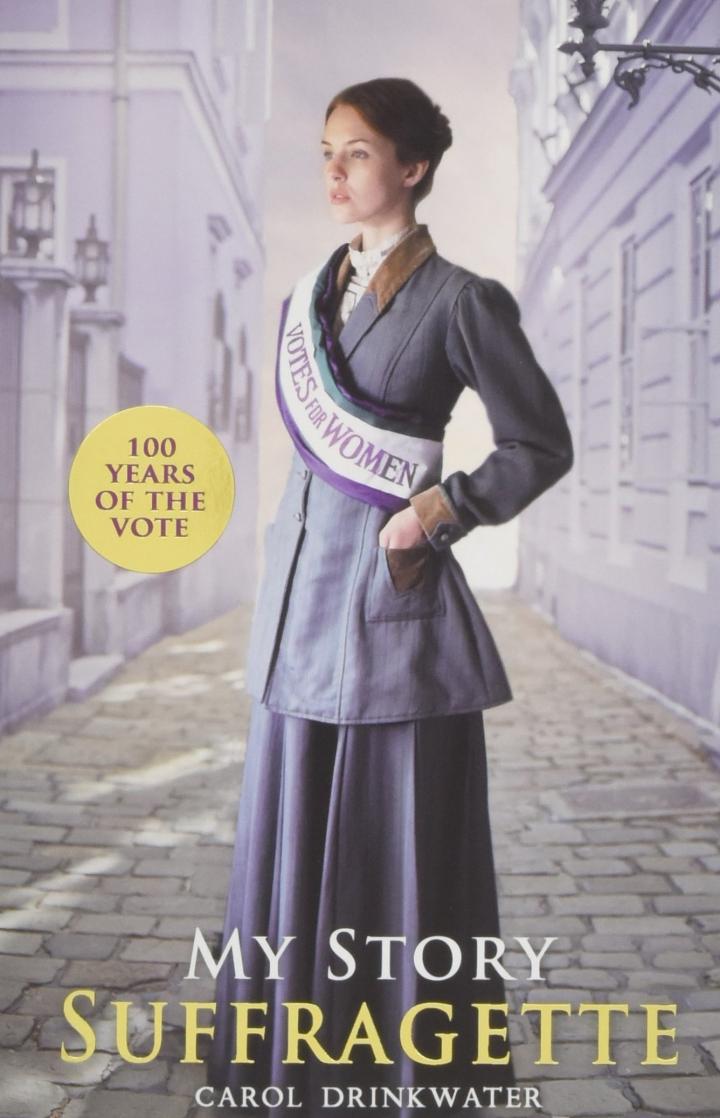 Suffragette (My Story) by Carol Drinkwater

The My Story books offer first-person accounts of the lives of children and young people through history, immersing the reader in the thoughts and feelings of a person living through a historical event in their own time. In 1909 Dollie is swept up in the thrill of the women's suffrage campaign, marching with the WSPU and waving banners. She's roud to be a part of a movement that is fighting to make a difference with the famous Emmeline Pankhurst – but when the protests turn violent, will she have the courage to stand up for the cause? 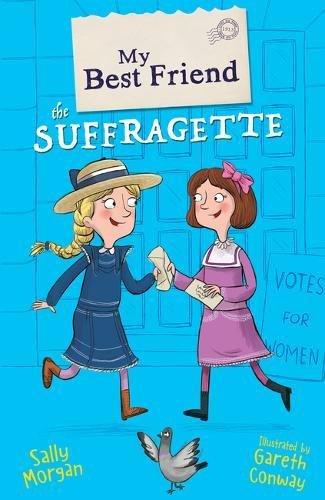 My Best Friend the Suffragette by Sally Morgan

A great, thought-provoking read for children aged 6+, My Best Friend the Suffragette is set in 1913. Eleven-year-old Christine has been taught that a girl's place is at home caring for her family; her friend Mary thinks that a girl's place is learning how to change the world. After they meet the girls keep in touch by letter as the women's suffrage movement turns violent and buildings are burning, windows are smashing and postboxes are exploding all London. Will their friendship survive?

Looking for books that celebrate women's lives and achievements throughout history? Read about female scientists, explorers, artists, physicians, writers and more in our round-up of the best girl-empowering books for kids.