Travel back in time to visit a Roman bath-house, explore the Persian empire, find your way through an Elizabethan maze and witness the fall of the Berlin Wall – the whole of human history is brought to life for children in our pick of the best kids' books about world and British history.
Login or Register to add to your saved resources 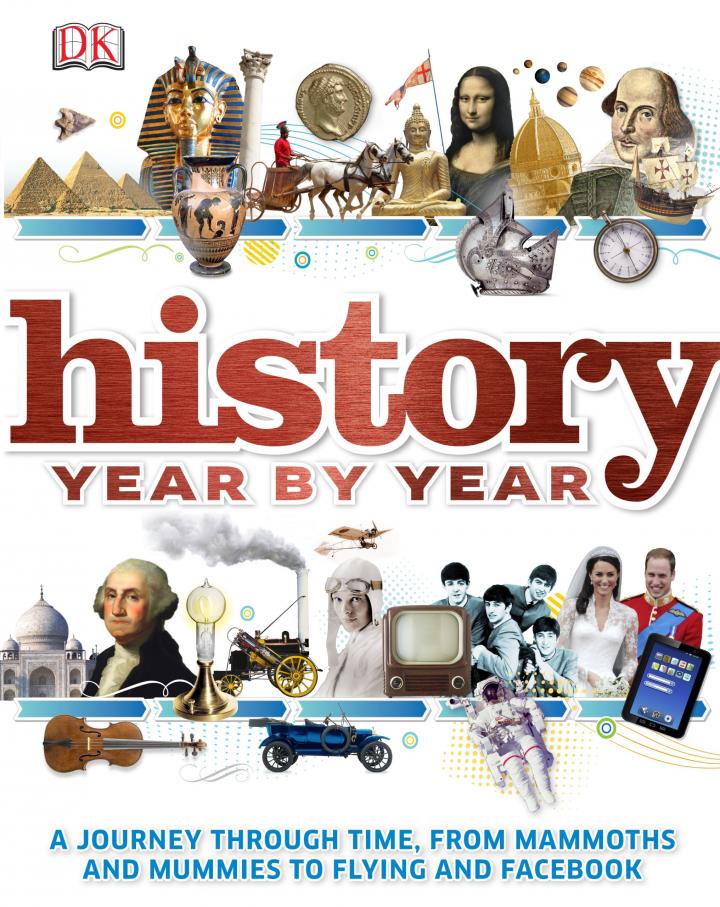 A really original children's history book which takes kids on a journey across the timeline that plots our life on Earth, from prehistoric man to how we live today. The facts are illustrated by more than 1,500 pictures of artefacts, styles of dress, architectural triumphs and magnificent civilisations, making the book into a portable history museum kids will pore over. Fascinating. 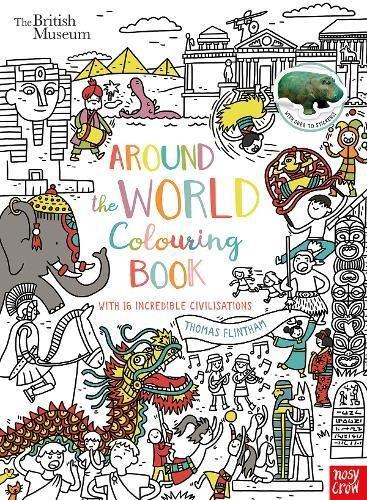 Around the World Colouring Book

From a bustling ancient Greek marketplace to a traditional dragon parade around China's Forbidden City, the Forum in Ancient Rome and an Aztec feast day, this colouring book offers a historical look at civilisations and cultures around the world, ready to be brought to life with some creative colouring! 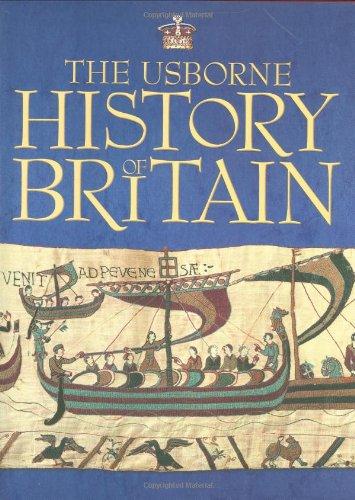 The Usborne History of Britain

A brilliant reference book for projects and homework posters, this kids' encyclopedia is a must-have guide to the history of Britain: prehistory, Roman Britain, the Middle Ages, Tudors and Stuarts, Georgians, Victorians, the First and Second World Wars and Post-war Britain. Invest in a copy for the whole family. 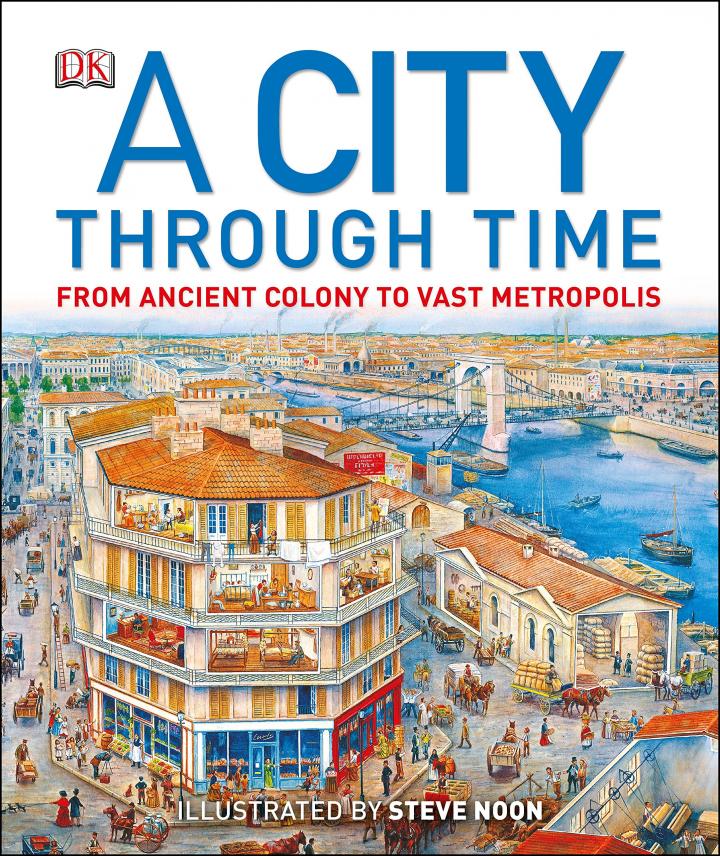 A City Through Time

See a city transforming through time, from ancient colony to vast modern metropolis, in a beautiful update of the Steve Noon's classic book. The panoramic, full-colour illstrations highlight scenes of everyday life in the city across the centuries, and there are pop-up descriptions to introduce the characters who live and work in every envoironment, from Roman bath-house to medieval castle or modern skyscraper. 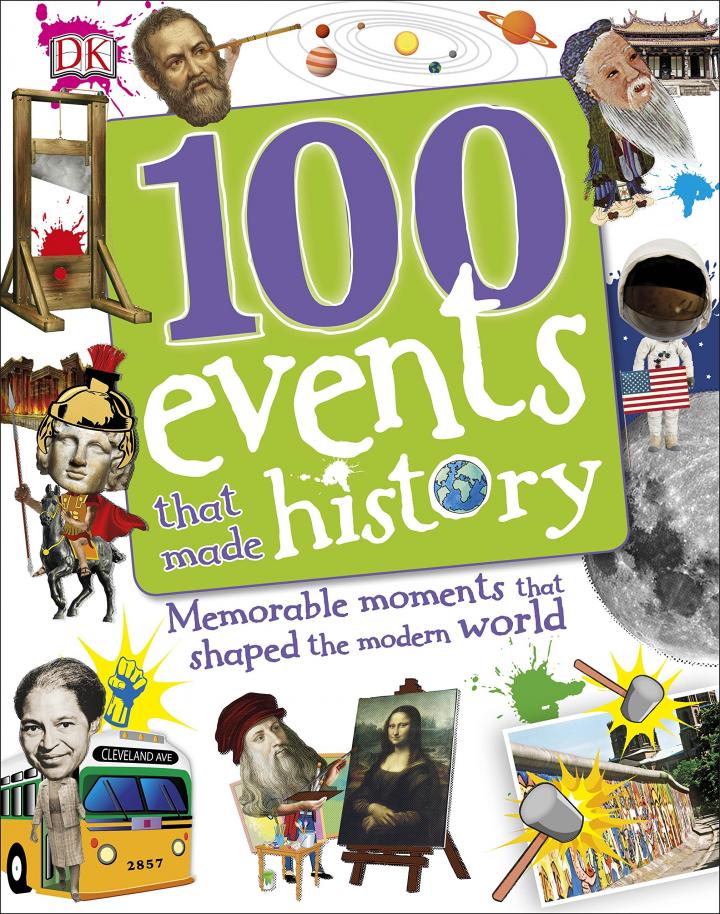 100 Events that Made History

Battles, revolutions, coincidences and accidents – they all shaped the world we live in. This informative, eye-opening title covers 100 memorable events like the abolishment of slavery and apartheid, Martin Luther's religious revolution, the assassination of Archduke Franz Ferdinand and the fall of the Berlin Wall with facts, figures and colourful illustrations. 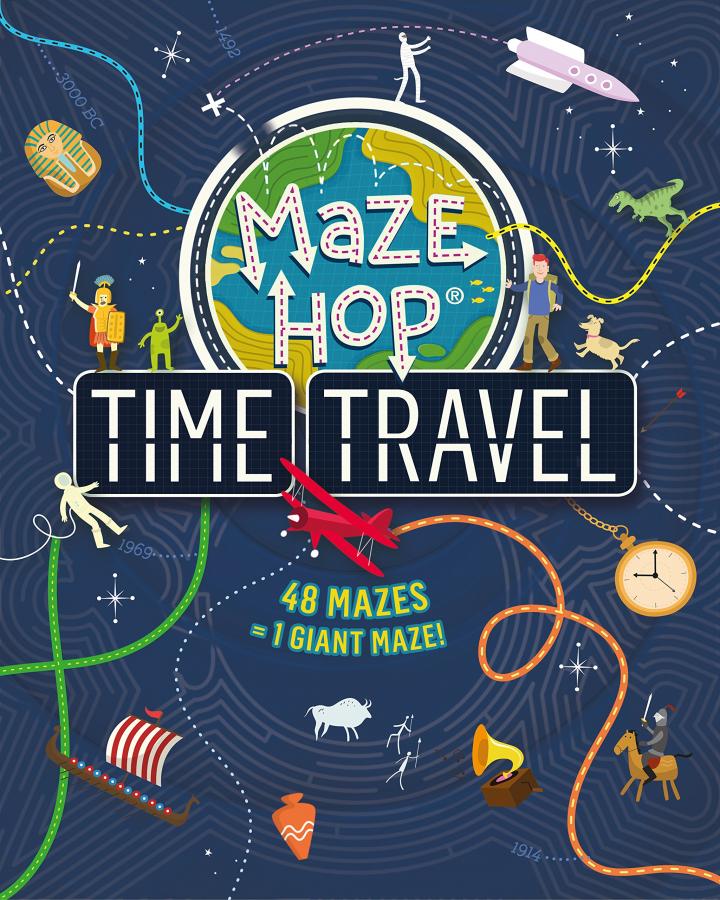 A fantastic journey through space and time, this colourful maze book is packed with landmark-event mazes (48 of them!) to unravel. From the Stone Age to Easter Island, the Battle of Hastings to Elizabethan England and then the French Revolution and the Space Race, there's loads to spot and absorb on every page. A brilliant travel companion. 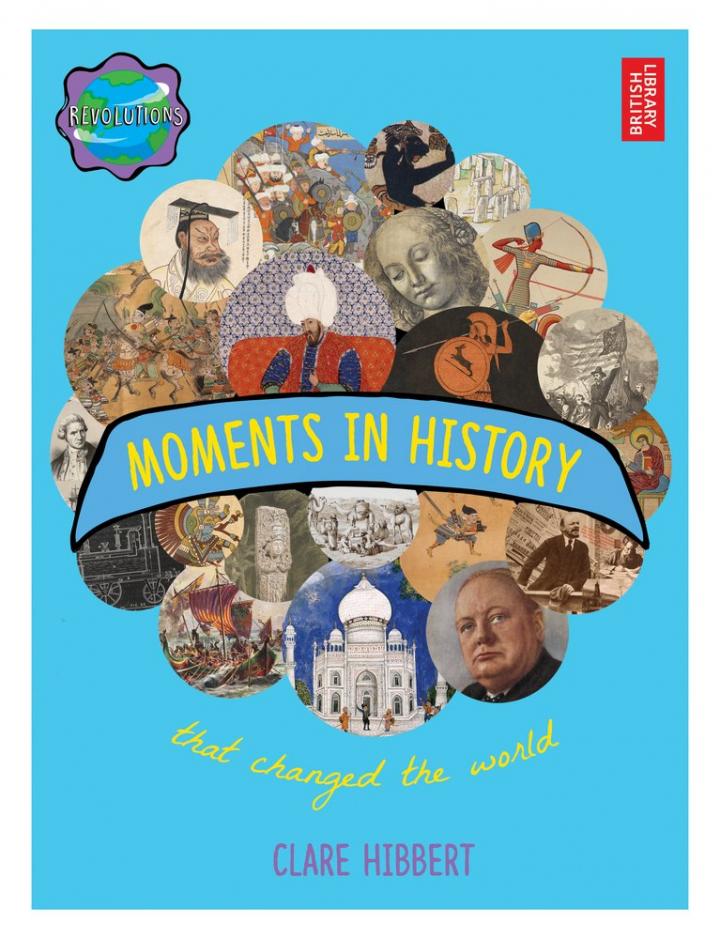 A trustworthy, accessible guide to key moments in world history, bursting with images of items from the British Library's collection. Entries include the birth of writing, the Persian empire, the Renaissance, the Battle of the Little Bighorn, the Russian Revolution and the Great Depression. 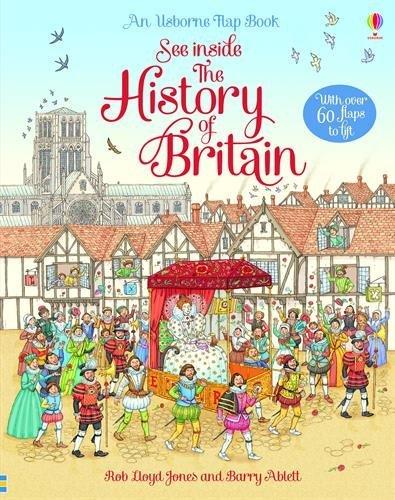 See Inside the History of Britain

A lift-the-flap, fully illustrated guide to the history of the British Isles which covers life from Anglo-Saxon times to the 21st Century through hidden sections to reveal and explore. 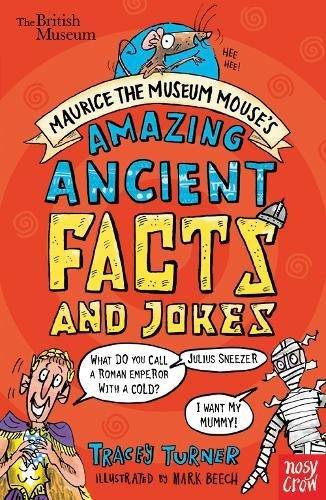 Jokes, funny facts and general silliness about the amazing ancient cultures and civilisations found in the British Museum. I say, what DO you call a Roman emperor with a cold? Julius Sneezer... 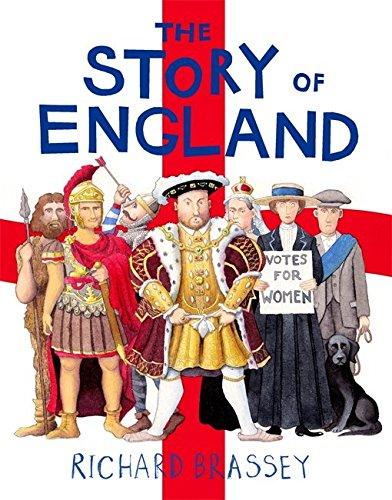 The Story of England by Richard Brassey

We love best-selling author and illustrator Richard Brassey's colourful, funny story-telling style. This is the history of England, told with his trademark humour and verve, from 1066 to the present day, through civil wars, great fires and mighty monarchs. A History of Scotland and a History of Ireland are also available. 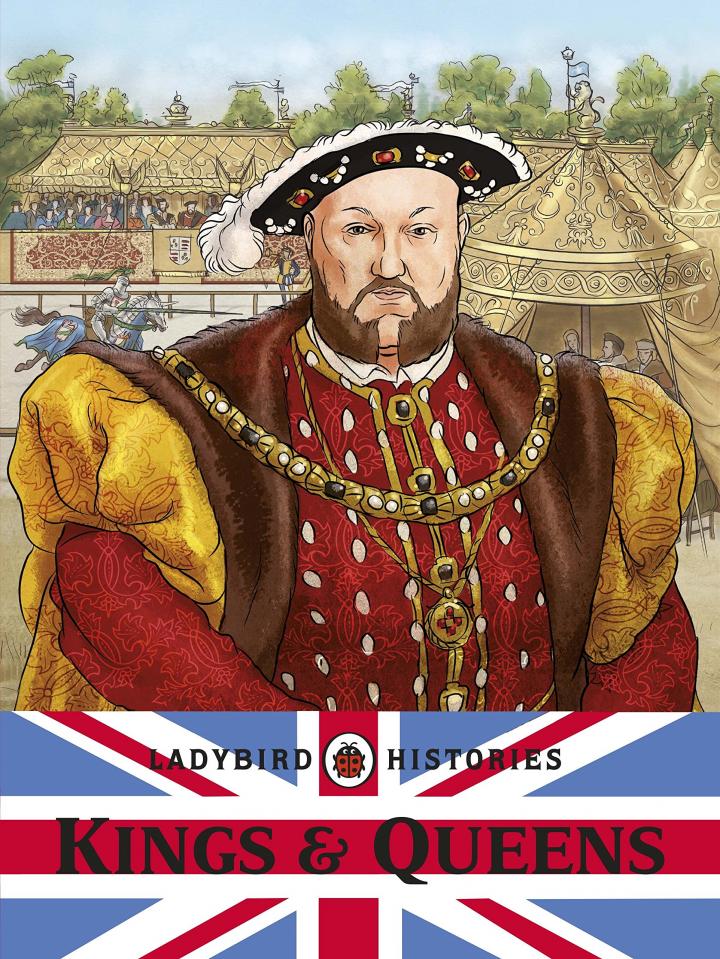 An old-fashioned classic and great first reference book for KS1 children. Each of Britain's monarchs is presented in chronological order with a brief biography, including King Henry VIII, Queen Elizabeth I and Queen Victoria, all the way up to the present day. 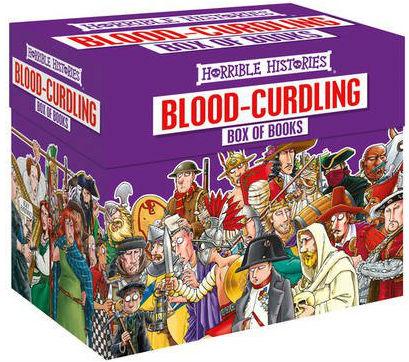 The original and still the best of the "history with the gory bits left in" book series for kids. This box offers all twenty of the foul favourites from the Horrible Histories series and includes Rotten Romans, Terrible Tudors and Awesome Egyptians. 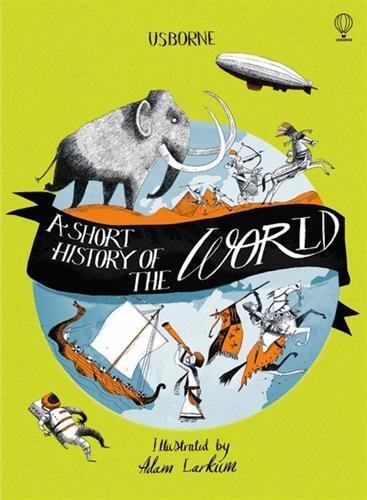 A Short History of the World

You'll find all of human history in this whistle-stop tour of our time on Earth – and the illustrations, short paragraphs and extra information titbits make this book easy to read as well as a brilliant way to introduce your child to the ancient, medieval and modern world. It's an informative read for adults, too! 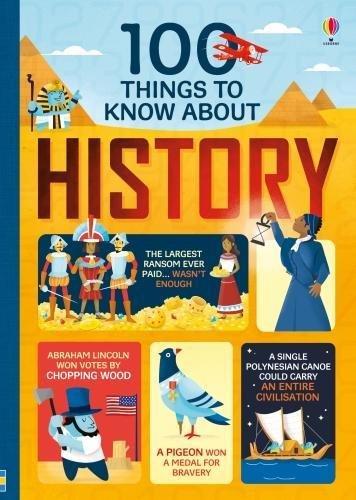 100 things to know about history

Did you know that 11 days disappeared from history in 1752? That bugs (and not bullets) killed most soldiers during the American Civil War? That women had more rights in ancient Egypt than they did in Victorian Britain? This fascinating book uncovers 100 weird and wonderful facts from history – and your child will love telling you about every single one! 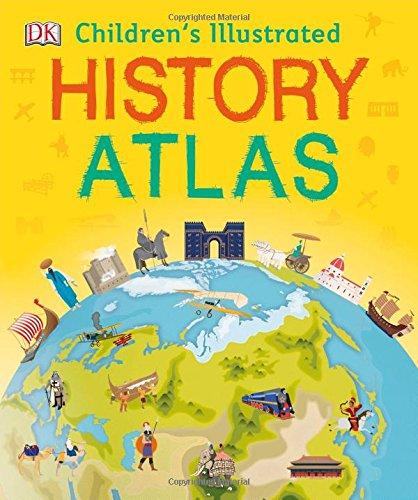 Learn to read a map, then explore more than 40 beautiful, colourful maps in this children's atlas full of fascinating historical nuggets of information. From the beginning of human history 200,000 years ago to the modern world, the maps illustrate everything from the Roman Empire to the US Civil War, highlighting explorers' incredible journeys around the world and into space. 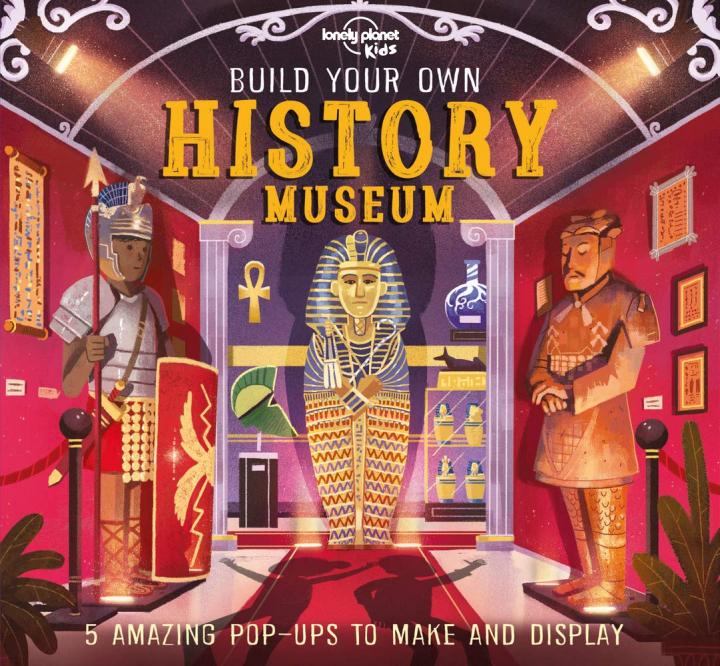 Build Your Own History Museum

Role-play being an archaeologist and museum curator: open crates filled with treasures from the ancient world, assemble them and prepare them to be displayed at your museum's big opening! Featuring the ancient civilisations studied in primary school (Mesopotamia, the Indus Valley, Ancient Egypt, Ancient Greece, Ancient China, Ancient Rome, the Maya and the Vikings), this fact- and illustration-packed book is a hands-on, fun way to learn about ancient people, cultures and traditions. 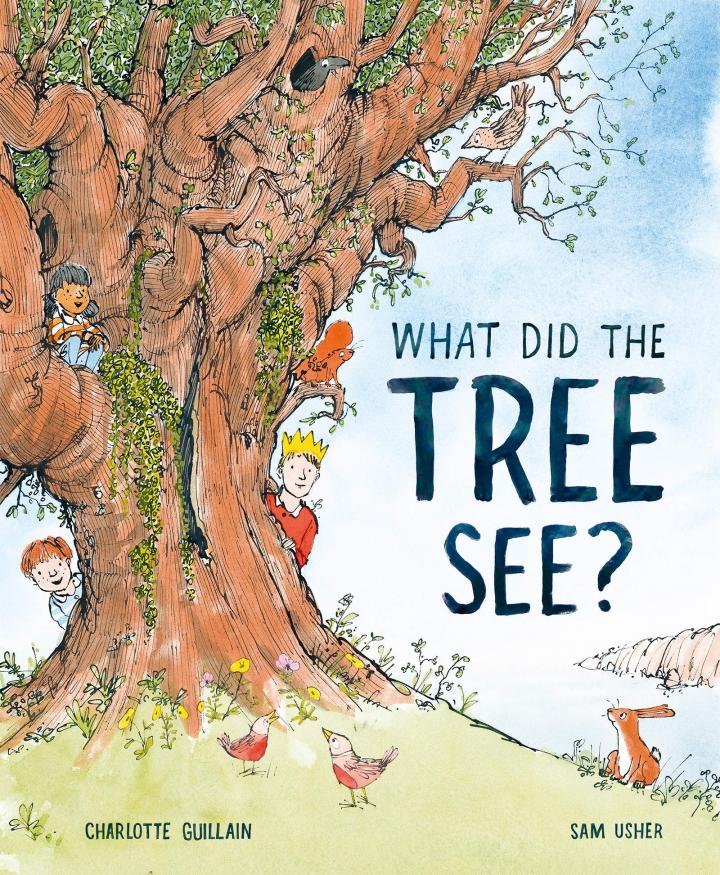 What Did the Tree See? by Charlotte Guillain

A beautiful and evocative non-fiction picture book, What Did The Tree See? shows us history from the viewpoint of a tree on a hilltop as it witnesses life changing around it over the course of hundreds of years. Where hunters once chased deer through woodland, houses are built, factories emerge and building reach towards the sky. One majestic oak has seen it all, and now we can too.