Help your child become an expert on all things ancient and old-fashioned with these brilliant learning apps, perfect for primary school topics.
Login or Register to add to your saved resources 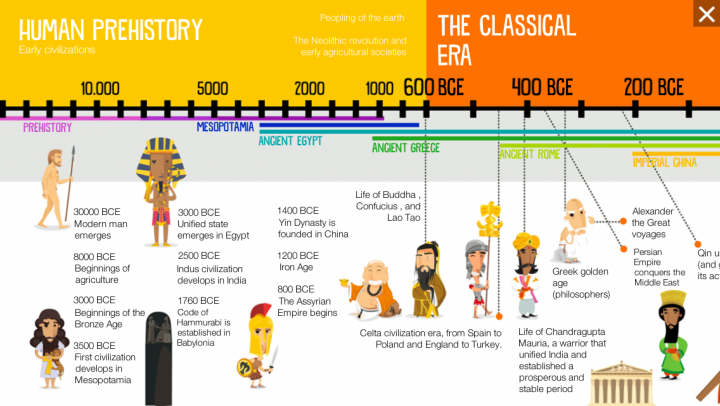 History for Kids is a series of apps themed by historical period, making it easy to home in on the topic that your child is studying at school.

There are 13 different civilisations to explore, ranging from prehistory to Aztecs to the Roman Empire. Each civilisation features factfiles and videos about that era, timed challenges such as matching digits to the Viking number system, photos to place on a map, and quizzes testing the knowledge your child has acquired through the app. Your child can earn points as they play and unlock new activities.

The app is designed for children aged seven and over, complementing the Key Stage 2 history curriculum.

Best for fans of natural history 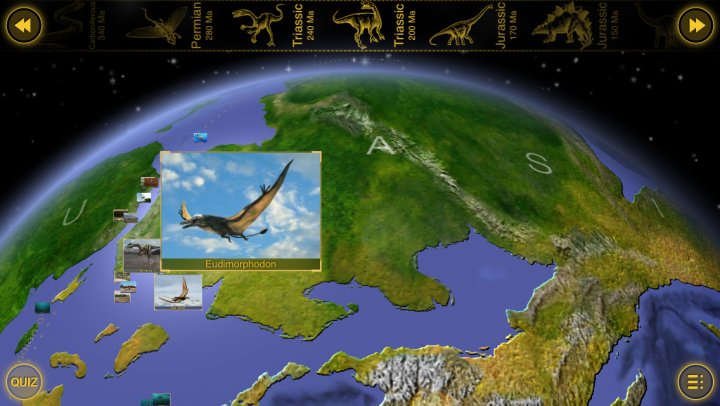 If your child is fascinated by natural history and dinosaurs in particular, they’ll enjoy exploring the world throughout time with this interactive app.

Dino Walk features a timeline that your child can scroll through, from the Proterozoic period, through the Jurassic and Triassic eras, to the modern day. At each stop on the timeline, they can rotate the globe to see what it looked like at that time, and to locate creatures both extinct and alive in their habitats. Tapping a picture brings up a flashcard which flips to reveal corresponding facts. There are also quizzes that will test your child on their knowledge of species throughout history.

Some of the vocabulary is complex, which makes it better suited to older kids, but you can opt to have the descriptions read aloud, and with over 100 species to discover, it’s perfect for children who love facts and trivia. 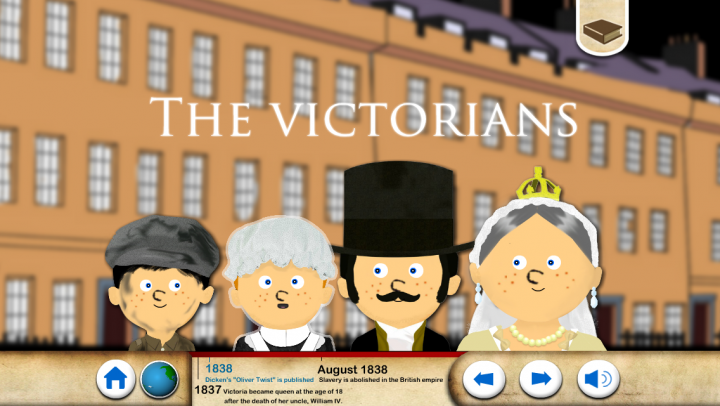 The Victorians is a key history topic in KS2, and this app will give your child an introduction to the era through facts and animations.

It covers important developments in Victorian Britain, such as the British Empire, the railways, the Industrial Revolution and Victorian fashion. The app moves along a sequential timeline of the Victorian era, with facts about life at that time at each date point. Clicking on the highlighted people provides your child with spoken information relating to that period, with accompanying animations, maps or labelled diagrams. The info is also available to read.

Although there’s not much interactivity in the app, and no gameplay, it will give your child a foundational knowledge of Victorian life. Other eras are also available from the same developer. Top tip: use it on a tablet if possible, as the text is very small and hard to read on a phone. 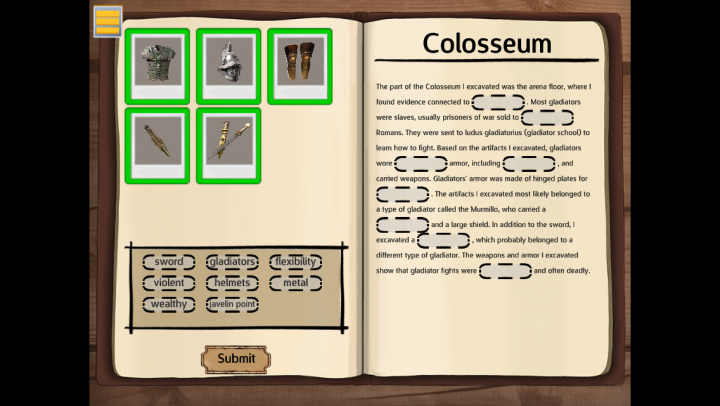 Excavate! Rome is a brilliant way to discover more about Ancient Rome through hands-on learning.

Your child plays the part of an archaeologist digging for artefacts across four key Roman sites. They must select the right tool for the job to unearth the artefacts without damaging them. Once they’ve cleared all the artefacts from the site, they can explore each one in detail, making deductions from their properties about what they were used for. They then fill in the missing words in their field journal to record their findings.

The app will help your child investigate important aspects of Roman life, including the gladiators, architecture, and the lifestyles of the upper, middle and lower classes through exploring each site and the artefacts they find. 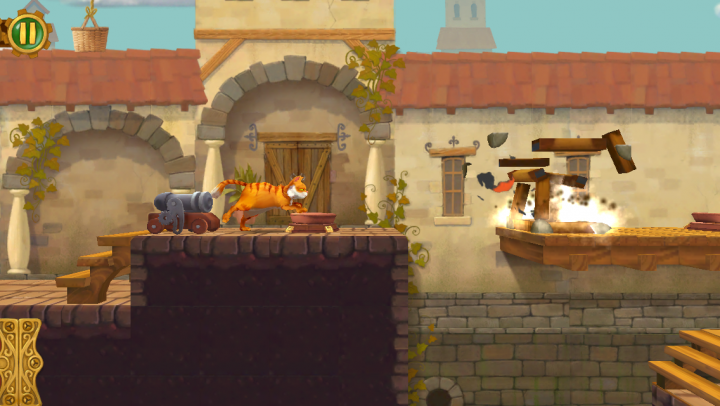 Although Leonardo’s Cat won’t teach your child reams of dates and facts, it’s a fun way for them to find out about one of the most influential inventors of all time: Leonardo da Vinci.

Leonardo’s latest invention, the automaton – the world’s first robot – has been stolen. Your child’s task is to collect its missing parts by leading Leonardo’s cat, Scungilli, through a series of platform-style challenges using da Vinci’s own inventions: for example, using springs to propel the cat across channels of water, parachutes to aid a safe landing, and cannon to blast through obstacles. By completing levels, your child earns the parts to put the automaton back together.

The levels are each inspired by 16th-century Amboise, home of Leonardo’s studio – and will test your child’s problem-solving skills as well as introducing the great inventor’s works.

Best app about the Royals 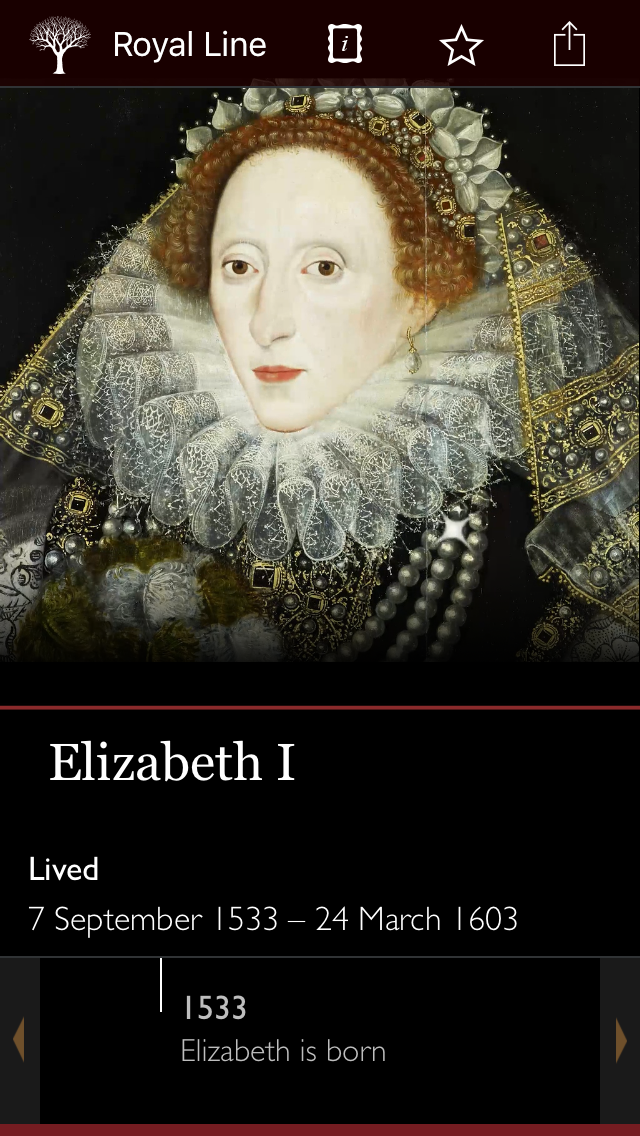 Produced by the Royal Collection Trust, which manages many of Britain’s historic palaces, this app is a brilliantly informative one-stop shop for kids who are learning about celebrated monarchs.

Kings & Queens explores 1,000 years of the British Royal Family, from William the Conqueror to Queen Elizabeth II. Your child can scroll along the timeline to see the line of succession and family tree, or look up their monarch of choice in the A-Z menu. Each king and queen has a comprehensive biography along with official portraiture and subtle animation – such as Henry VIII blinking. Your child can also view monarchs by topic, for example Kingly Cruelty and Military Might.

There are accompanying worksheets to download and print for each monarch, and although this app is designed for kids aged 11+, the clear navigation and plain English text means it’ll also suit children in upper KS2. 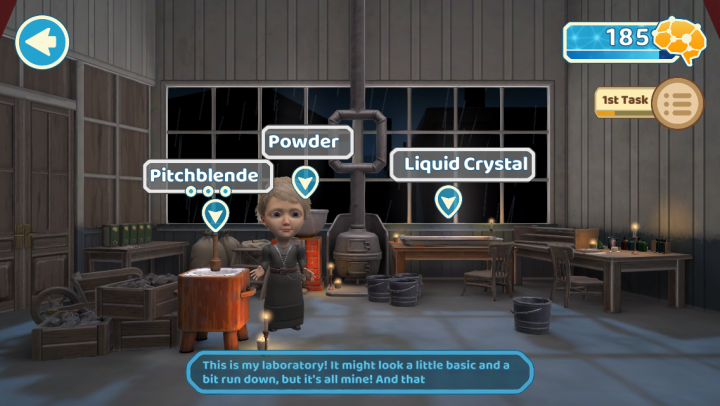 Human Heroes is a series of apps that focus on historical figures who made a big impact on the world. The first three in the series feature Albert Einstein, and Marie Curie.

Curie on Matter brings together history and science through mini-games and animations. Marie Curie herself is voiced by Miriam Margolyes, and leads your child through a range of science-based tasks that support the National Curriculum, such as exploring states of matter and the periodic table.

There’s also an extensive animated biography of Marie Curie explaining her life and its historical context, interspersed with games and activities to hold your child’s attention. The developer promises more apps based on historical influencers are in the pipeline, and the Einstein apps are also available for Android.

The books come courtesy of StartingHarryPotter.com, the new interactive online hub which features a variety of activities to help new readers explore and learn about different elements of the wizarding world.
Win a 1 year membership to Tappity and a free live class!

Towersey is a festival for everyone, from small kids to grandparents, a place you can create family memories together. Enter for a chance to win a camping weekend worth around £600!