What did the Romans do for us? From picture books to chapter books, this selection, chosen by primary school teacher Scott Evans, will help your children to discover for themselves if the Ancient Romans were as ruthless or as rotten as some say as we travel back to the time of gladiators, emperors and amphitheatres...
Login or Register to add to your saved resources 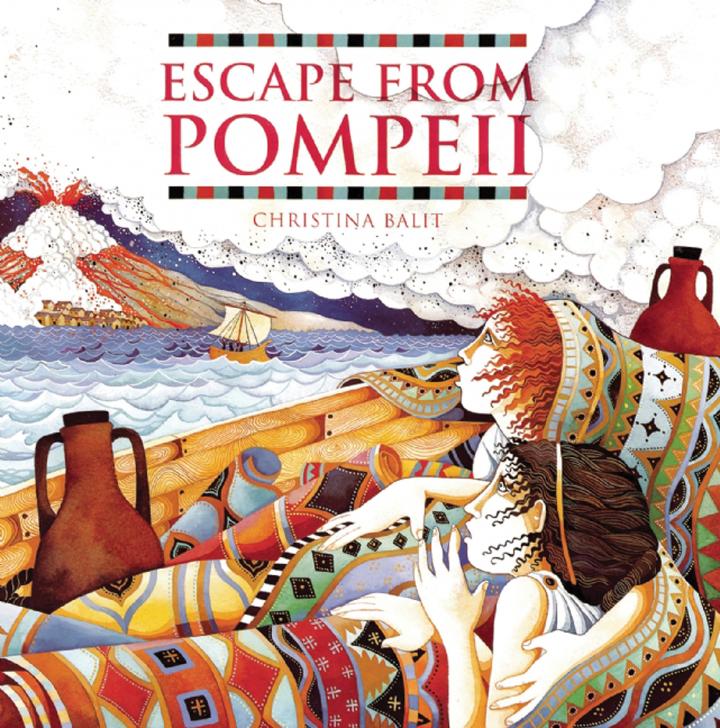 Escape from Pompeii by Christina Balit

Most often used with children in Lower Key Stage 2 (Year 3 or Year 4) or younger, this beautifully illustrated picture book has been a mainstay in primary schools which is testament to its high quality. Describing the events of the eruption of Mount Vesuvius from the viewpoint of a child, Tranio, this story helps children to look closer at different characters' experiences, feelings and emotions at an unimaginable time. 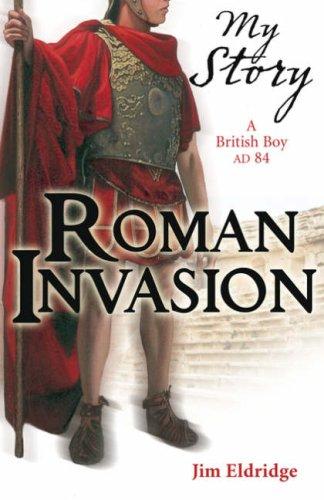 The My Story series of fictional diaries encourage children to visualise and feel at the heart of history, allowing them to experience it first-hand / up close and personal through the eyes of characters and their vividly-imagined accounts that bring the past to life. Such a great series for deepening learning through accurate descriptions and vocabulary, this is a sure-fire way to ignite kids' imaginations. Pompeii by Sue Reid is also a great read set in the Roman period.

Roman Diary: The Journal of Iliona (A Young Slave) by Richard Platt

This fictional diary focuses on Iliona, a young girl who was captured by pirates and sold as a slave, showing what life was like from both perspectives of rich and poor at the time. As well as using Roman numerals, this book acts as a great model for diary writing which is part of the current curriculum in primary school. 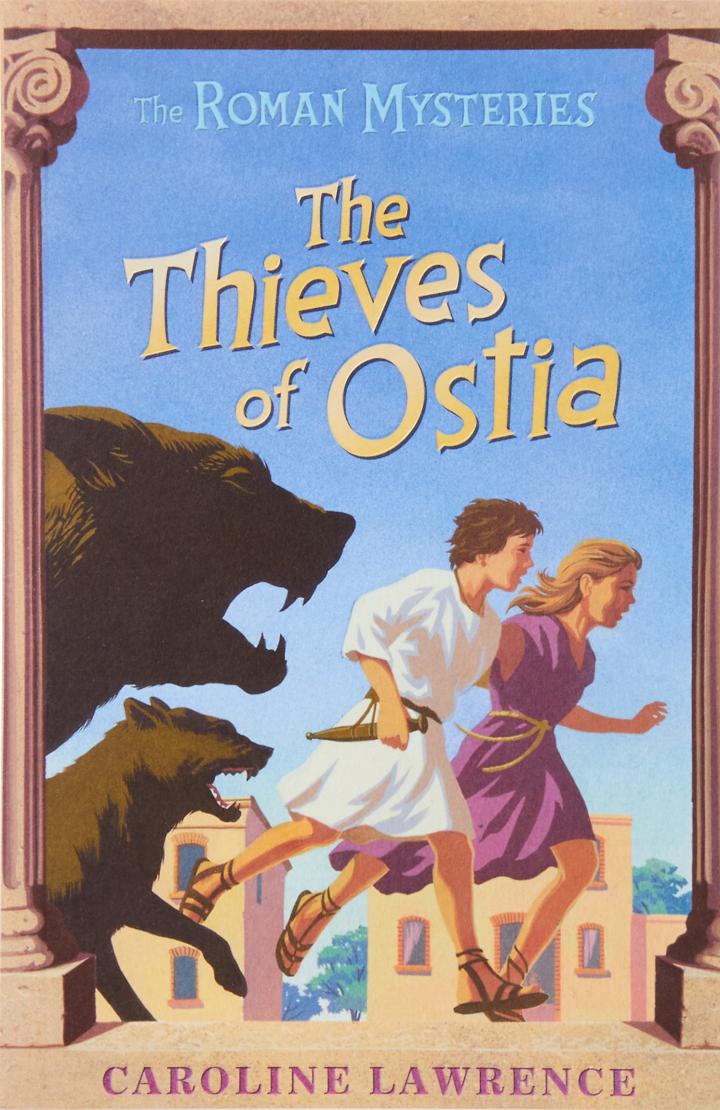 The Roman Mysteries: The Thieves of Ostia by Caroline Lawrence

Lawrence's Roman Mysteries series has achieved such widespread popularity that you'll nearly always find them on a bookshelf in your child's school. Start off with The Thieves of Ostia, where Flavia Gemina and her three detective friends will take you on a thrilling adventure solving mysteries through the streets of Rome. Just keep reading until you finish book number seventeen, The Man from Pomegranate Street... it'll be hard to stop! 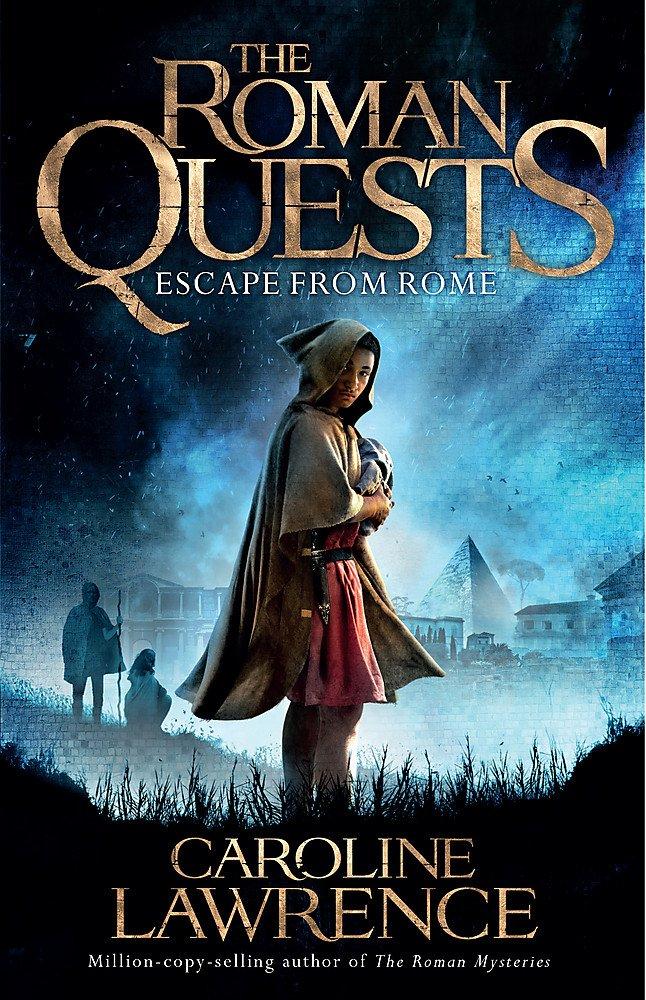 The Roman Quests: Escape from Rome by Caroline Lawrence

Caroline Lawrence has written not one but two glorious series set in Ancient Rome. Following on from the incredibly successful Roman Mysteries, The Roman Quests tells the story of four characters who must escape, fight, and hide their way around the Roman empire (The Archers of Isca, Death in the Arena and Return to Rome are the other books in the series). Slightly darker in tone, language and content than the Mysteries, older readers will be hooked from the first line as they embark on another ancient adventure. 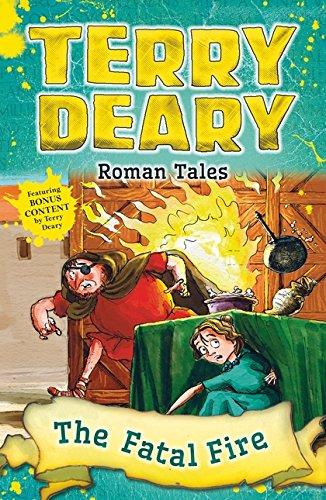 When I think of history, I immediately think of Terry Deary, creator of the internationally-famous Horrible Histories non-fiction series. And, you'll be glad to know, he does not disappoint when he turns his hand to historical fiction either. These are short chapter book tales full of historical detail and information that children just can't help but be absorbed by. Each one is a super read that you know you can finish before bedtime! Also in the Roman Tales series are The Goose Guards and The Grim Ghost. 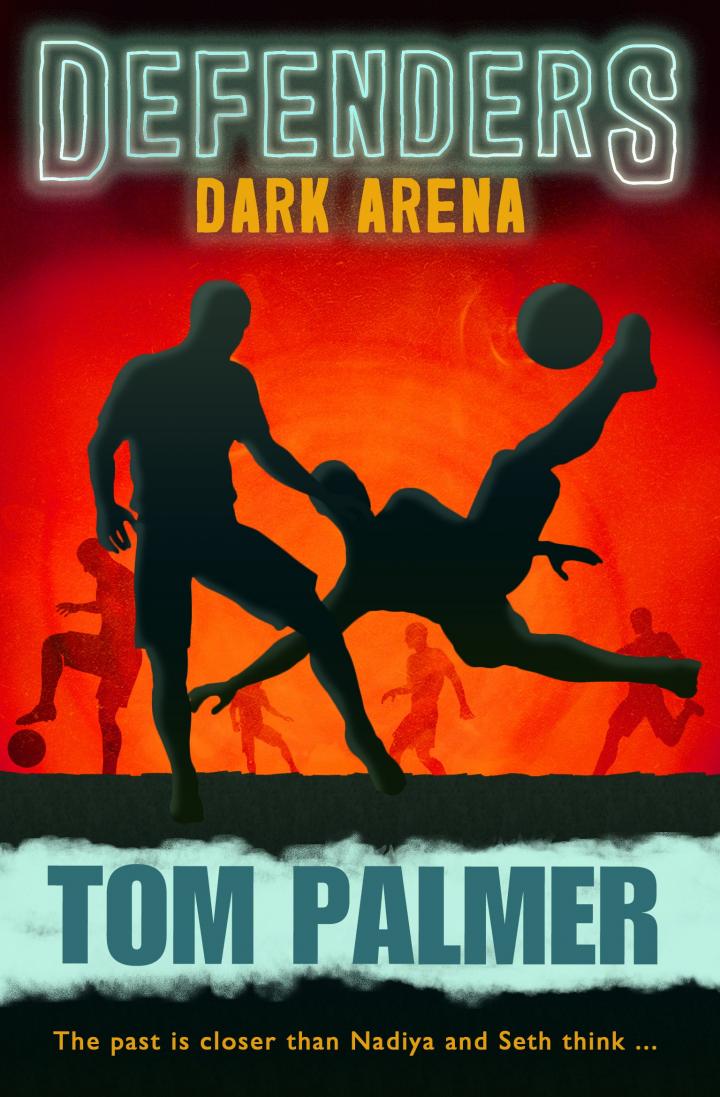 Tom Palmer's new series combines football with history in a gripping, fast-paced and action-packed story that'll have your children wanting to know more with every turn of the page. One that may be enjoyed more by slightly older readers (10+) due to the introduction of more detail, adventure and subject-specific vocabulary, this is a series not to be missed. 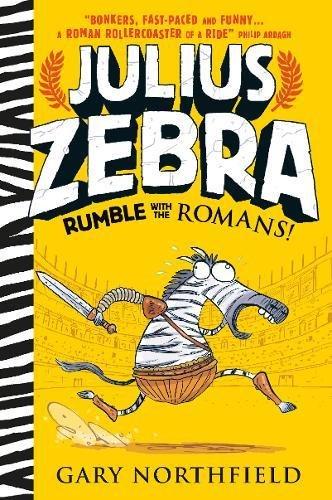 Julius Zebra: Rumble with the Romans! by Gary Northfield

With a zebra used to living in the Serengeti getting ready to gear up to become a gladiator, it's not hard to see why this went down very well amongst children in my class last year. Fabulously funny and just a little bit wild, it's a blast! 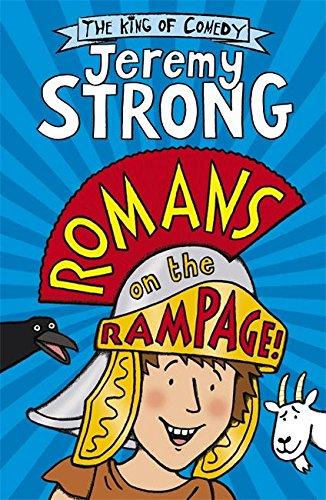 Romans on the Rampage by Jeremy Strong

From the 'king of comedy' himself, well known for writing about a particular lost Viking, comes a rip-roaring series about the Romans. You can be guaranteed plenty of smiles, giggles and downright belly-laughs from main character Perilus and his pals. Funny and informative – this series (the next books are Jail Break! and Chariot Champions) is the perfect combination for kids! 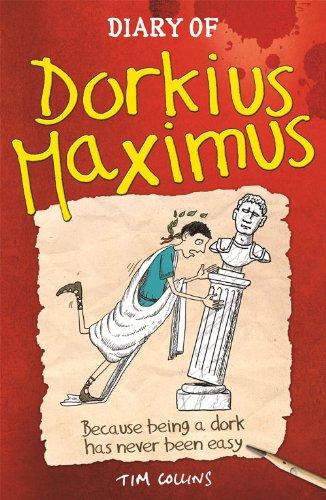 Like Diary of a Wimpy Kid meets Ancient Rome, this book will have you laughing all the way to the Colosseum and back! Desperate to become a great Roman hero, ordinary Roman boy Dorkius enlists the help of a friend to teach him the noble art of fighting. But heroism doesn't come naturally to Dorkius, and he has other problems too – his dad doesn't listen to him, his friends pick on him, and his mum is more interested in her sacred chickens than she is in his life... 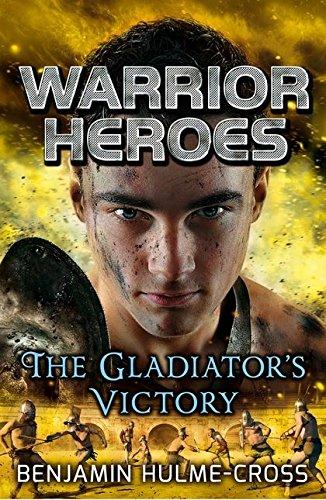 A time travel tale of two brothers trapped in their great grandfather's museum. Can they save themselves against the mighty gladiators and Romans that they're locked in with and get out alive? Historical facts are combined with fast-paced fiction to create a dramatic and gripping kids' adventure. 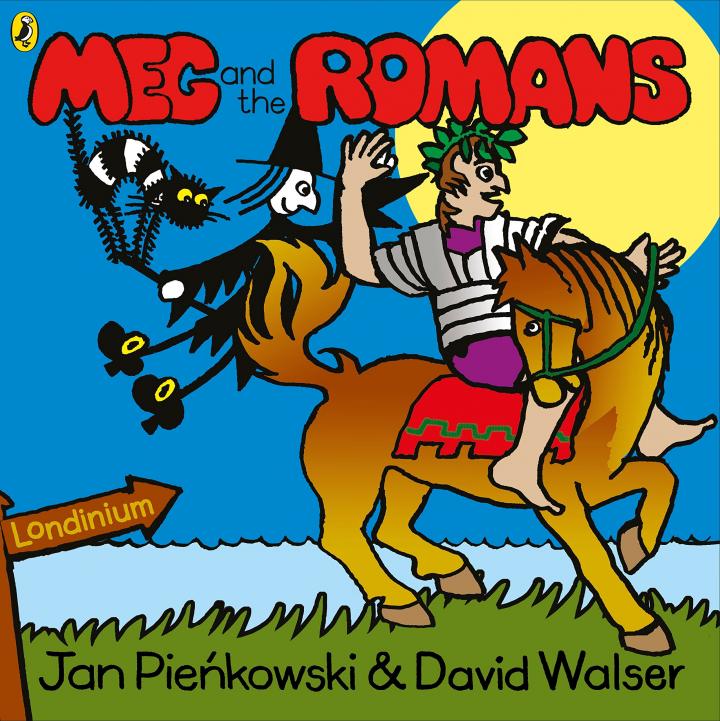 Meg and the Romans by Jan Pienkowski

Learn to speak like a Roman as classic storybook characters Meg and Mog are back once more in a new book that will teach your little ones (under 7s) their first words of Latin, with the exuberant colours that we all know and love. Meg and Mog meet a new friend, an ancient Roman who is in need of help! But will Meg's spell get him to London? 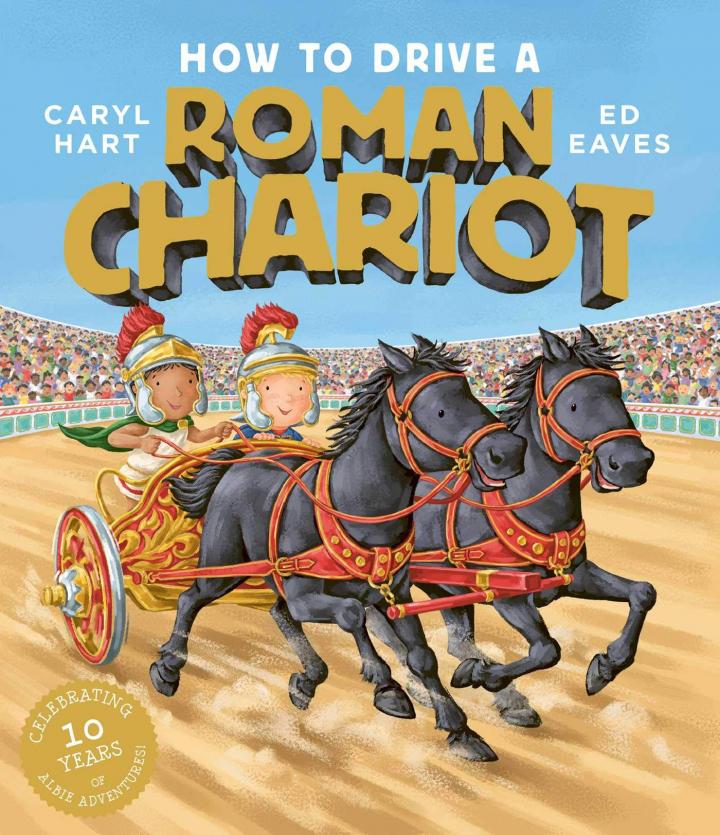 How to Drive a Roman Chariot by Caryl Hart

Albie is outside feeding the horses, when it starts to rain and he finds himself whisked off to Ancient Rome and at the helm of a runaway chariot! Can he work with new friend Julia to stop the chariot before it's too late? A gentle, storybook introduction to history for young children, with beautiful, full-colour illustrations and an action-packed storyline. 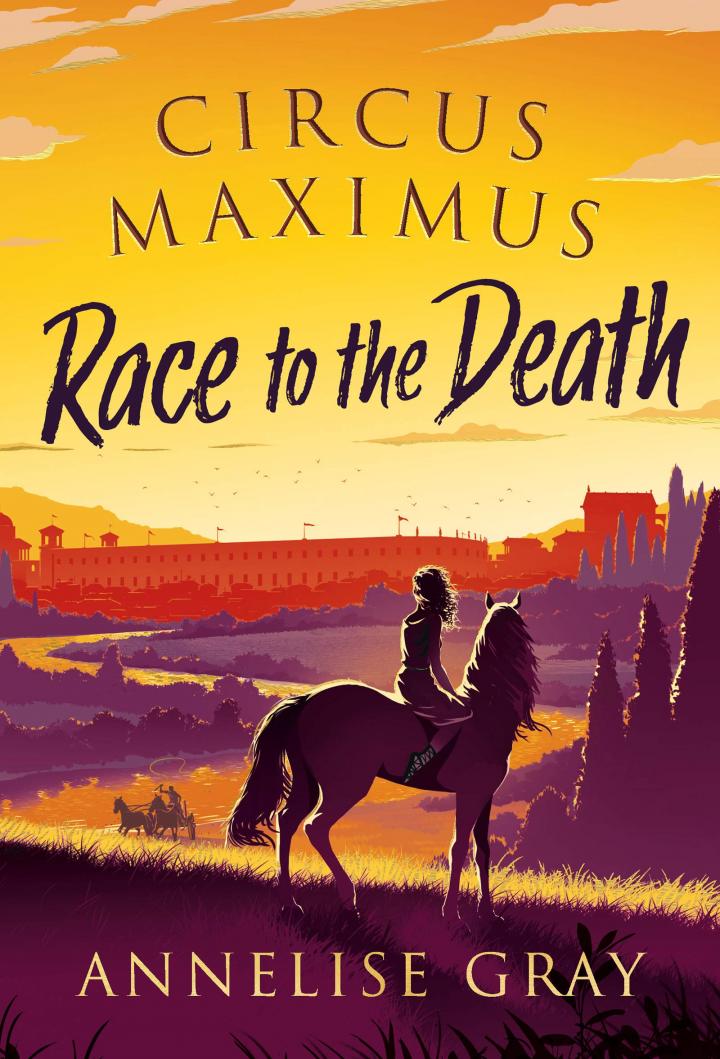 Circus Maximus: Race to the Death by Annelise Gray

The Circus Maximus was the greatest sporting stage of the ancient Roman world, where the best horses and charioteers competed in a race to the death. In this exciting debut historical adventure, twelve year old Dido dreams of becoming the first female charioteer and training and racing her beloved horse Porcellus. When her life takes an unexpected turn she finds new allies to help her follow her dreams, but a powerful new enemy too – the emperor Caligula...

The second book in the Circus Maximus series, Rivals on the Track, is also available.