Take a step back in time when Britain was being regularly invaded to find out more about the fearless raiders who travelled by sea in their long ships to settle here and who have left their mark on today's society. Primary school teacher and children's literature lover Scott Evans shares his pick of the best Viking historical fiction that will capture children's interest in this most interesting and exciting (and sometimes bloodthirsty!) of times.
Login or Register to add to your saved resources 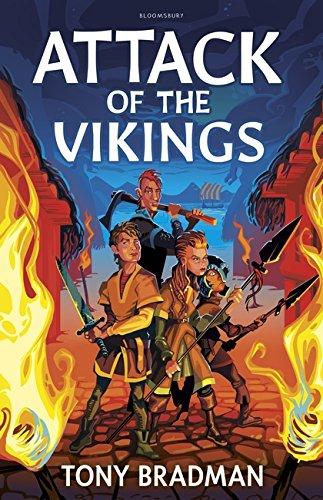 Attack of the Vikings by Tony Bradman

A brilliant historical adventure. When Finn's village comes under attack from Viking raiders, he has to keep his friends and family safe. Does he have what it takes to be a true Viking warrior? A real page-turner. 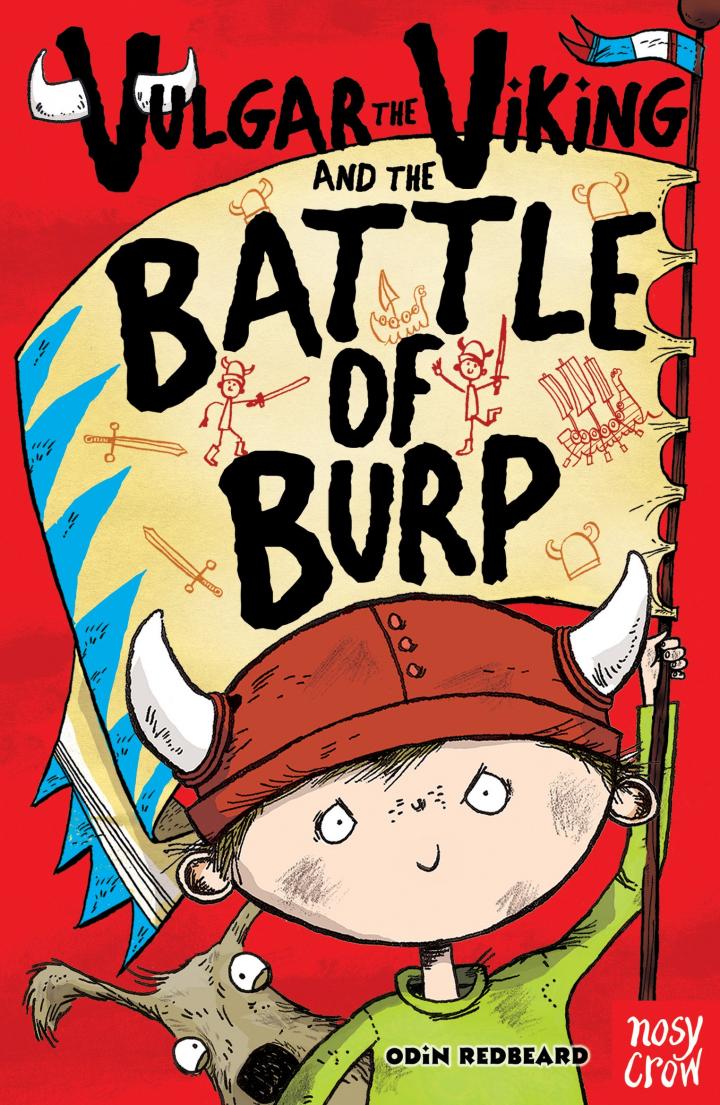 Vulgar the Viking: The Battle of Burp by Odin Redbeard

In this downright funny and entertaining series (The Great Gulp Games; A Midsummer Night's Scream; The Rock Cake Raiders; The Spooky School Trip; The Terrible Talent Show), Vulgar wants to be a real Viking however things don't always go according to plan for him... Full of humour, your children will devour these and they'll be begging you to read them the next one in the series! 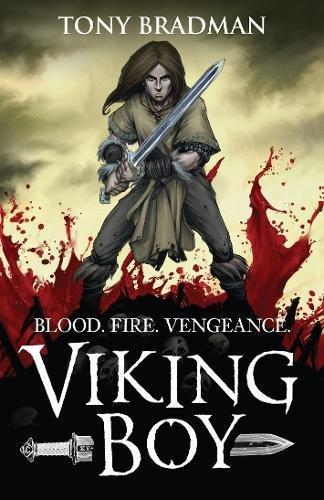 Another exhilarating and fast-paced offering from Bradman, where each chapter is more exciting than the last. As Gunnar's settlement is destroyed and his home razed to the ground, he must fight back against the Wolf Men. Longer in length and more gory than Attack of the Vikings, this is one that older readers will want to immerse themselves in and spend all day reading. 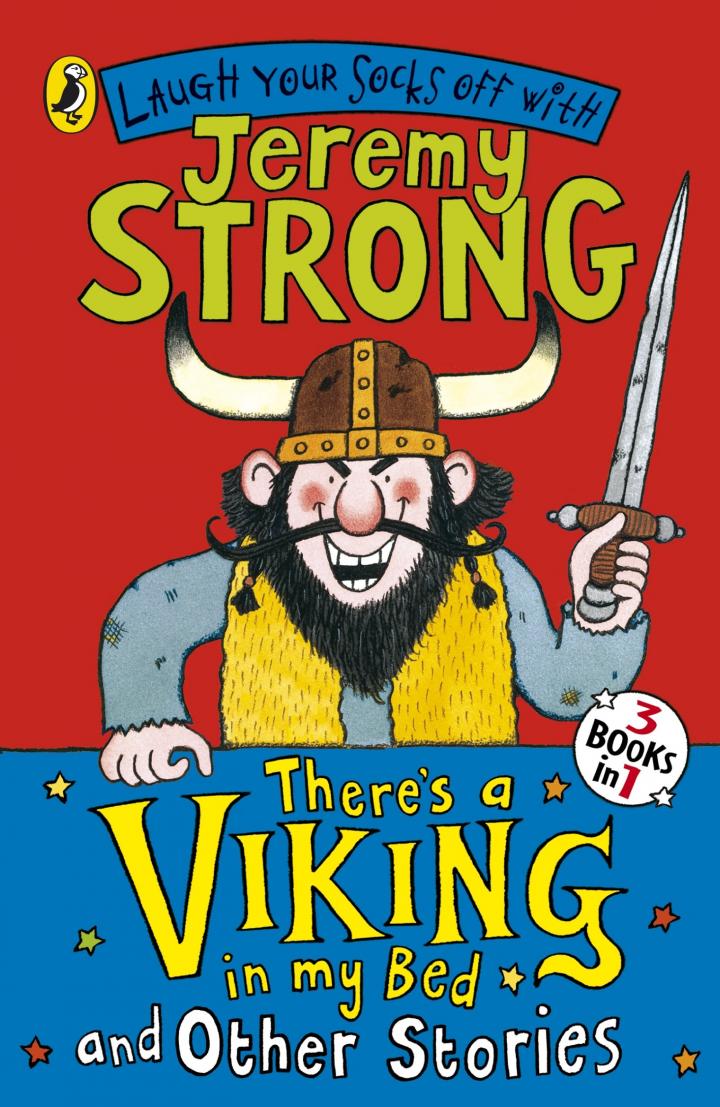 A fabulously funny series from king of comedy Jeremy Strong that remains a classroom classic. As a lost Viking lands upon the shore of modern day England, Sigurd has to learn to adapt to our ways of life quickly. Laughing your socks off at the antics of this Viking is an understatement so be prepared for more giggling than you can shake a stick sword at. 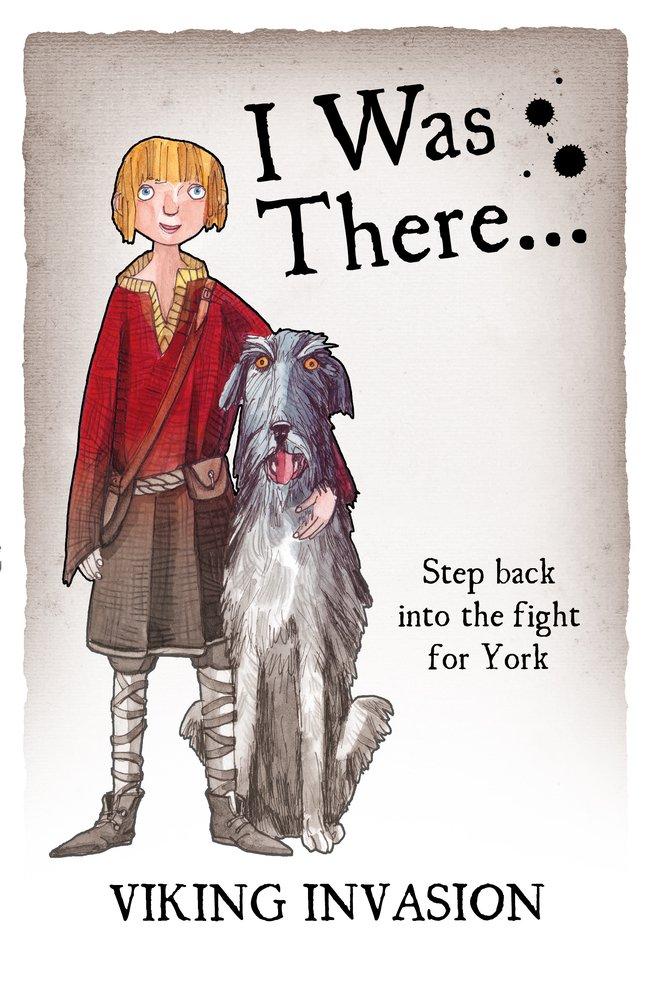 Viking Invasion (I Was There...) by Stuart Hill

The Vikings have traditionally held a reputation for being fearsome invaders and this first-person account will soon get the reader involved as they place themselves in the thick of the action, as if they were really there defending the Viking stronghold of York. With clear text and illustrations throughout, it's a very worthy introduction and addition to early KS2 children's learning about the Viking era. 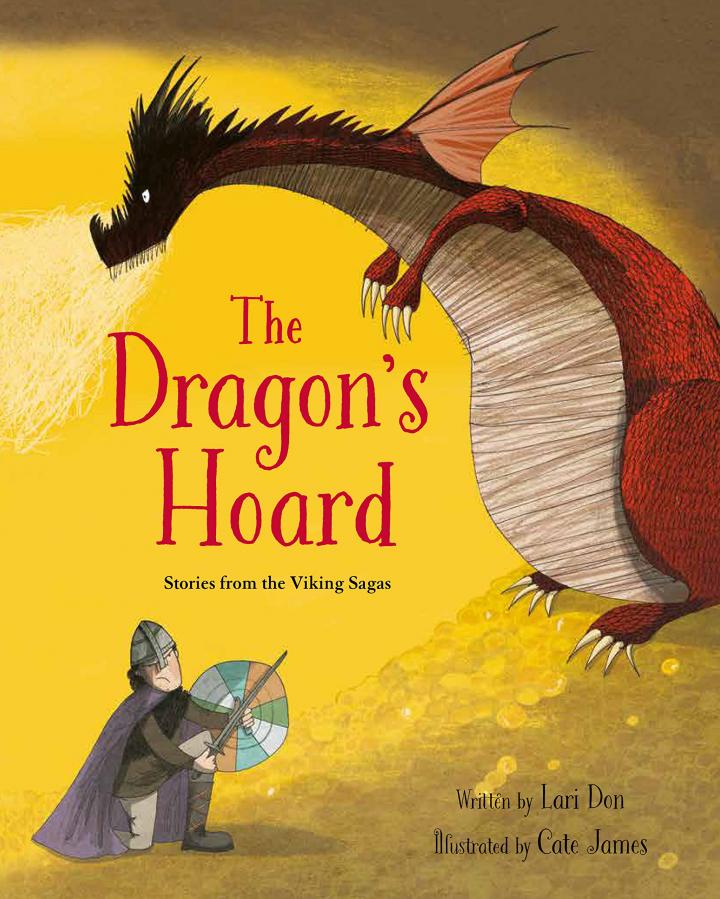 The Dragon's Hoard: Stories from the Viking Sagas by Lari Don and Cate James

Delve into the Viking Sagas through this fantastic introduction to Viking mythology in which the worlds of warriors, heroes, gods and monsters are vividly brought to life. These eleven tales, complemented by glorious full-page illustrations, will be warmly welcomed; an excellent book that will appeal to all and that you'll be coming back to time and time again. 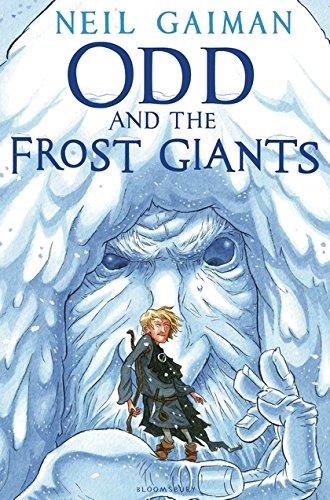 Odd and the Frost Giants by Neil Gaiman

Unfortunately for Odd, he doesn't have the greatest luck after suffering deaths, accidents and tribulations. Feeling like an outsider, he isolates himself but is soon thrust in to a mystifying, mythical and magical Norse world built by Gaiman in this well-written (and sometimes weird, but more often wonderful) book that older readers will be gripped by. 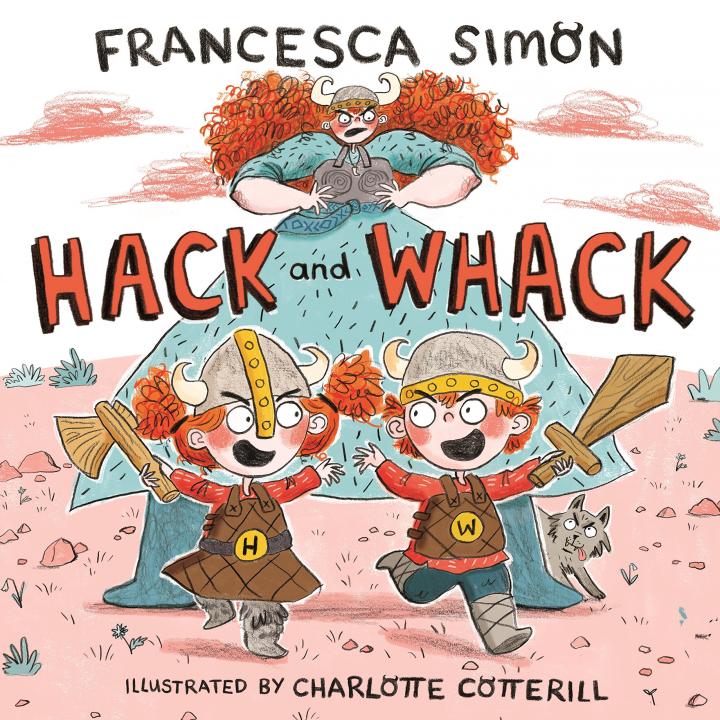 Hack and Whack by Francesca Simon

Written by Francesca Simon, author of the popular Horrid Henry series, Hack and Whack is a stupendously funny picture book that will have younger readers roaring with laughter as they experience daily life with Viking toddler twins Hack and Whack. Is there anyone who can stop the chaos they're creating in their village? 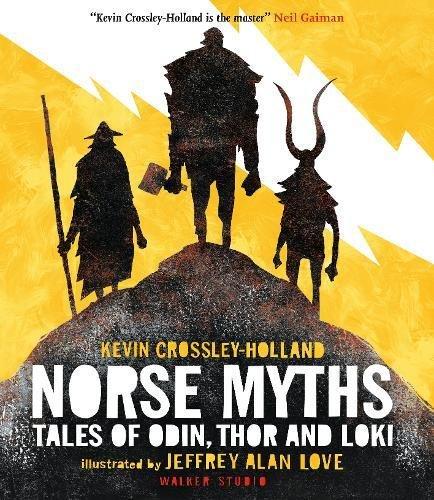 This compendium of myths is one you'll love sharing with your little Vikings (it's perfect for reading aloud); its highly-original illustrations help to really set it apart from the rest and the story-telling from poet and award-winning author Kevin Crossley-Holland is lyrical and engaging. The dramatic, atmospheric tales are based on the Scandinavian myth cycle and retell the stories of Odin with one eye, Thor with his mighty hammer and Loki, the red-haired, shape-shifting trickster. 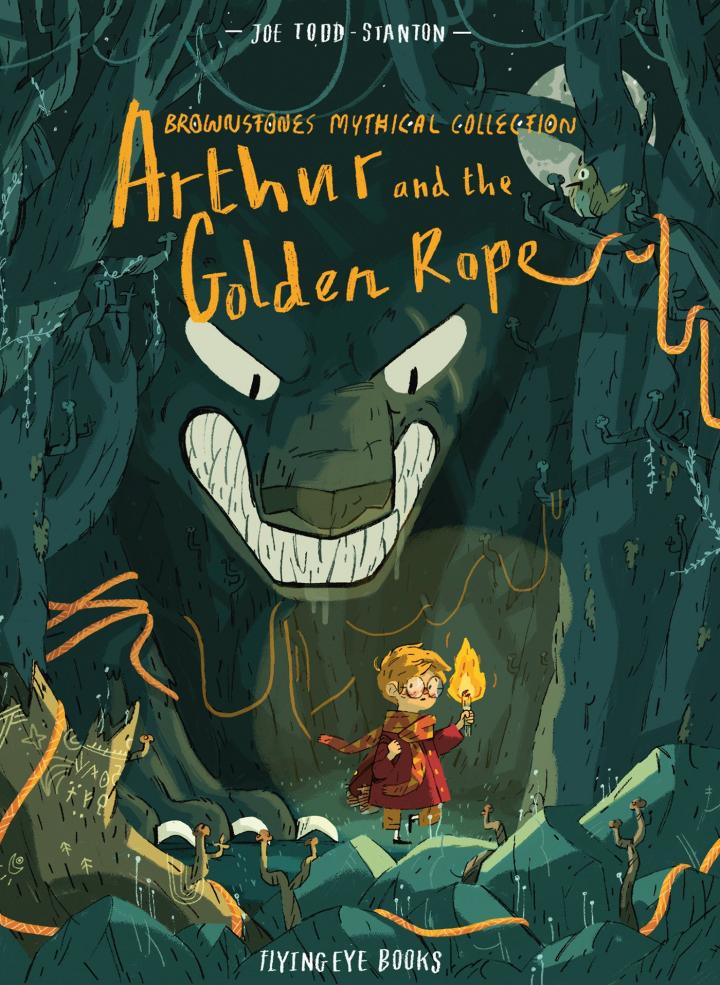 Arthur and the Golden Rope by Joe Todd Stanton

Part picture book, part graphic novel but wholly an illustrative masterpiece, this is a book to behold. Arthur and the Golden Rope follows the story of a young boy who embarks upon a quest to save his village with the aid of the Viking gods. However, in return for their help, Thor provides Arthur with his own challenge to complete. Joe Todd Stanton, especially after winning the Waterstones' Children's Book prize for Illustrated Books with one of his other books, is the author-illustrator who should be next on your 'to be read' pile. 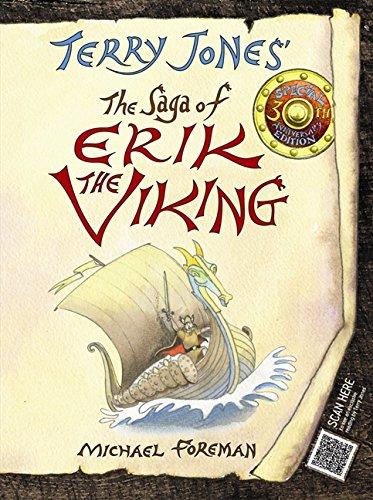 The Saga of Erik the Viking by Terry Jones

Written by Terry Jones, most famous for being in Monty Python, this tale for Key Stage 2 readers (and parents!), tells the story of Erik who is far from being an ordinary Viking. Set sail in the great ship Golden Dragon as Erik and his crew search for the land where the sun goes at night, in a saga of thrilling adventures and encounters with fierce and magical creatures. 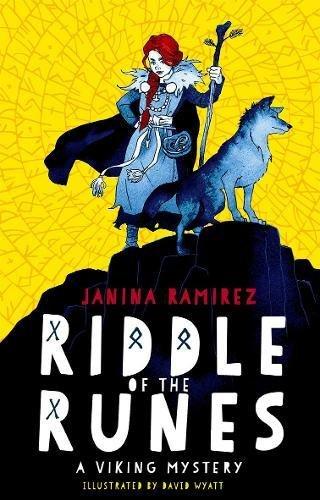 Riddle of the Runes by Janina Ramirez

Written by BBC historian Dr Janina Ramirez and packed with period details and knowledge, this is a Viking mystery adventure for KS2 kids. Alva is a fearless young detective and shield maiden; working with her explorer uncle and her pet wolf Fenrir she must solve a complicated trail of runes to find out why her father has disappeared. Beautifully illustrated, the book also features a glossary of Viking runes and terms to enhance kids' understanding of the story.