Who were the Vikings?

The Vikings came from all around Scandinavia (where Norway, Sweden and Denmark are today). They sent armies to Britain about the year 700 AD to take over some of the land, and they lived here until around 1050.

Even though the Vikings didn’t stay in Britain, they left a strong mark on society – we’ve even kept some of the same names of towns. They had a large settlement around York and the Midlands, and you can see some of the artefacts from Viking settlements today.

Can you find the following in the gallery below?

The Vikings wanted new land because the places where they came from in Scandinavia – Norway, Sweden and Denmark – weren’t very easy to live in. It was hard to grow crops, which meant there wasn’t a lot of food as the population got bigger. Britain and Europe had plenty of good farmland, so the Vikings tried to claim some of that land for themselves.

Even though the Anglo-Saxons were pretty well established in England, the Vikings would turn up every now and then to raid towns and take a bit of land. Sometimes, instead of fighting the Vikings, the Anglo-Saxons decided it was better to pay them money so they’d stay away. This payment was called Danegeld.

The first Viking attack on England was in 787 on the Isle of Portland. The Vikings went home straight afterwards, but they came back to England in 793 and raided a monastery at Lindisfarne. Monastaries made easy targets because the monks who lived there didn’t have any weapons, and they did have money and food.

The Vikings believed in many different gods, and they thought making sacrifices to the gods kept them all happy. They also told stories about the gods, called Norse mythology. Some of the gods included:

The Vikings believed that if a warrior died while fighting in battle, he’d go to Valhalla, which is where Odin was. Other heroes who had died would also be there. Odin would send his warrior maidens, called Valkyries, across the sky to ferry dead warriors to Valhalla.

Viking warriors were very good fighters. They’d wear helmets and carry shields to defend themselves, and they’d also have one of these weapons:

Boats that the Vikings built are called longships – they are long, narrow boats that can be used in both deep and shallow water, making them perfect for travelling over the ocean and carrying lots of warriors onto the shore. Longships were symmetrical, meaning they looked the same at the front as they did at the back. They’d often have dragon heads carved at either end.

VIkings sailed all the way across the Atlantic Ocean to Newfoundland in North America in their longships!

Viking homes were long too – they were called longhouses! They were rectangular, made from wood and were usually just one big room without any inside walls. There would be one big fire pit in the centre for cooking and keeping the house warm. The roof was covered in thatch, and there was a hole in the middle for smoke from the fire to go through. Benches around the house would be used both to sit on and to sleep on.

Most clothes that the Vikings had were made from wool, but they also had some clothes made from linen. They used dyes made from plants and minerals to make red, green, brown, yellow and blue, so their clothes were very colourful.

Viking men wore a long shirt, trousers with a drawstring tie and a coat with a belt around the waist. Viking women wore long dresses with a tunic over the top that was held up by two brooches pinned at the shoulders. Both men and women wore woollen socks and leather shoes.

Alfred the Great defeated the Vikings at the Battle of Ethandun (in modern day Wiltshire). After this, he and the Vikings agreed to set boundaries for their kingdoms. The area that the Vikings lived in was called Danelaw, and it meant that the land south of the diagonal line between London and Chester belonged to King Alfred (Wessex). Danelaw eventually became smaller and smaller as the Anglo-Saxons took more and more control.

Jorvik was a large Viking kingdom around York. The last king of Jorvik was Eric Bloodaxe, who was driven out in 954. The Vikings in England then agreed to be ruled by the king of England rather than having their own king.

King Canute (ruled as king of England from 1016-1035) – Canute was the first Viking king of England. He won a battle against Edmund II that divided their kingdoms, but when Edmund died Canute ruled both kingdoms. His sons, Harold Harefoot and then Hardicanute, ruled until 1042.

Harald Hardrada (c.1015-1066) – Harald Hardrada was the king of Norway. He led Viking armies into England, but was defeated at the Battle of Stamford Bridge in York by King Harold II.

Leif Erikson (c.970-1020) – Leif Erikson was a famous Viking explorer who sailed all the way to North America.

Children's books about the Vikings 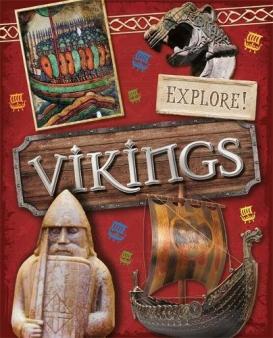 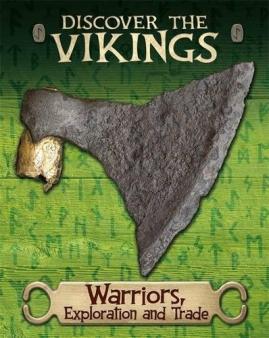 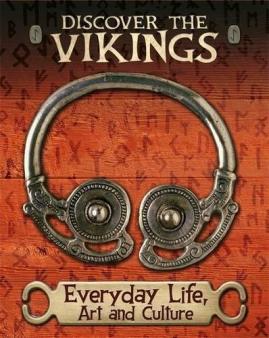 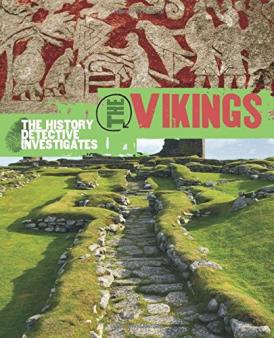 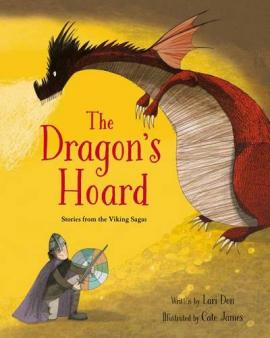 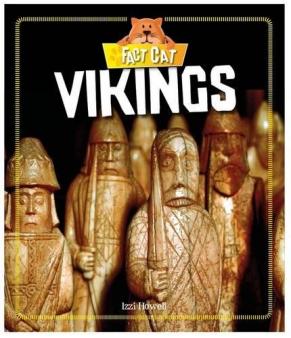 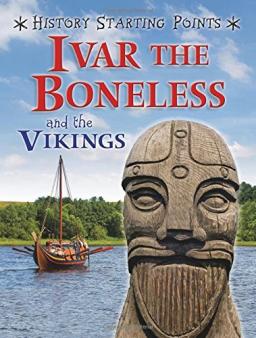 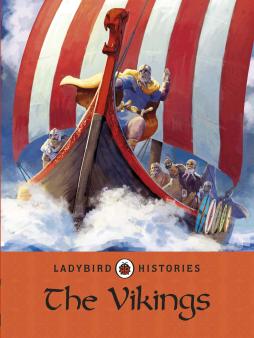 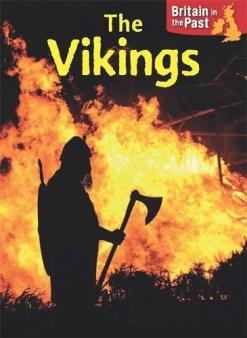 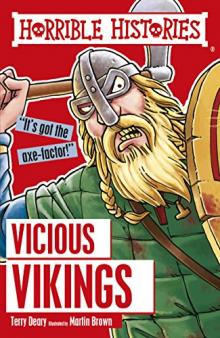 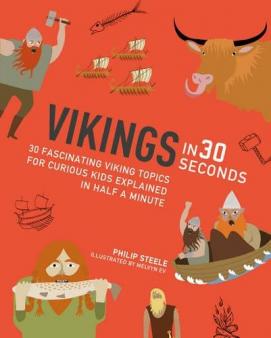 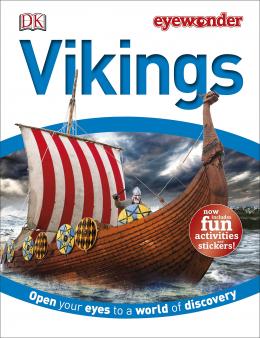 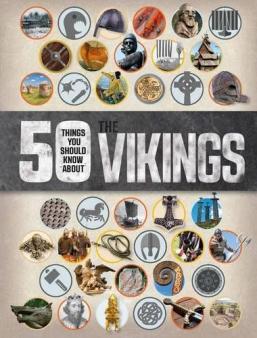 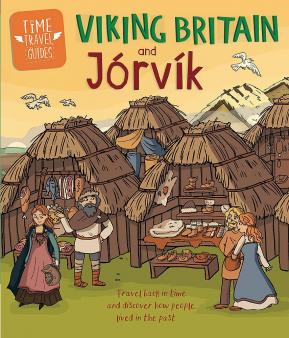 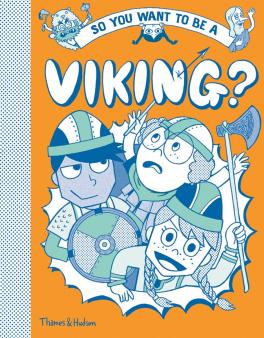 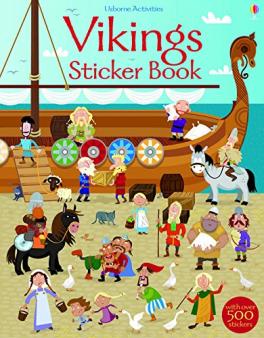 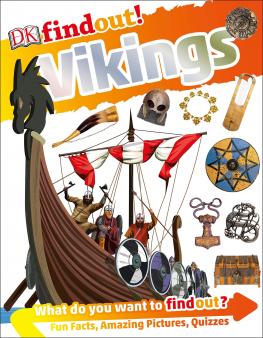 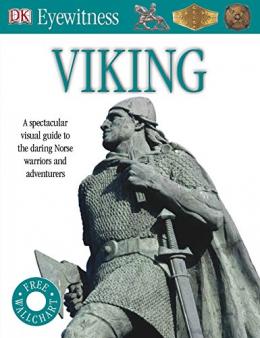 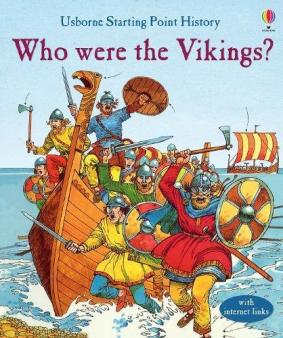 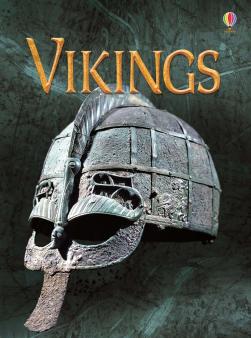