England is the largest country in the United Kingdom (UK). It is part of the UK along with Wales, Scotland and Northern Ireland.

England is bordered by Scotland to the north and Wales to the West. England's bustling capital, London, was recently voted the second-most-visited city in the world with 20 million international visitors.

Rich in history and culture, England boasts some of the most famous writers, singers, scientists and sports personalities worldwide.

1. England is part of the United Kingdom. Wales, Scotland and Northern Ireland are the other countries that make up the UK.

2. For a small country, England has a big population – it's estimated to be about 54.3 million!

3. London is England's capital city and it's visited by millions of tourists each year. There are 51 cities (including Birmingham, Manchester, Liverpool, Leeds and Sheffield) and 935 towns in England.

4. There are lots of different landscapes in England, including forests and moorland. England also has a very long coastline.

5. The River Thames flows through London and is the longest river in England at 346 kilometres long.

6. Scafell Pike is England's highest point. It's found in Cumbria and is 978 metres high.

7. Football is the most popular sport in England, but rugby and cricket are also very well supported.

8. The currency used in England is the British pound sterling.

9. England has been home to many famous authors but William Shakespeare is perhaps the most well-known!

10.  St George is the patron saint of England and St George's Day is celebrated on 23 April. The English flag is the red St George's Cross centred on a white background.

London is home to 8 million people and many nationalities and in fact more languages (about 300) are spoken in the capital's schools than in any other country in the world!

England has a huge coastline – nowhere in the country is more than 75 miles from the sea!

The 'Industrial Revolution', a time when many new machines were invented, began in England. Many famous inventors and scientists were born in England like Isambard Kingdom Brunel, George Stephenson, Charles Darwin and Isaac Newton. English inventions include the steam engine, passenger railway, the telephone, the lightbulb, the vacuum cleaner and the chocolate bar!

Everybody has heard of William Shakespeare, but England has also produced many other world-famous authors, such as Charles Dickens, Jane Austen, Lewis Carroll and, more recently J.K.Rowling.

England has 24 native types of mammal, including badgers, foxes, deer and hedgehogs.

Throughout history there have been a number of different groups of settlers in England, including the Romans, the Angles, the Saxons, the Vikings and the Normans.

The word England comes from the word 'Angle-land' or land of the Angles, a Viking tribe that came across the North Sea and settled in the east and north. Angleterre – the French name for England – also means 'Land of the Angles'. For a very small country, England has had vast power and influence at certain points of history. The British Empire contained a quarter of the world's population in the 18th century.

Today England is divided into 48 counties. Yorkshire is the largest traditional county of England (in 1974 Yorkshire was divided into four smaller counties: West, North, South and East Riding). The smallest county is the City of London.

Since 1707, there hasn't been a government just for England (though Wales, Scotland and Northern Ireland all have their own Parliaments). Although the government is situated in England's capital, London, it is in fact a UK government. The government meet in the Palace of Westminster, more commonly known as the Houses of Parliament in London. It is here that you will find Big Ben, London's famous clock (although Big Ben is actually the name of the bell that chimes!). Big Ben weighs about 13 and a half tons – about the same as a small elephant!

In the 21st century England still has a monarch who reigns over the country but does not rule and govern it. This is called a constitutional monarchy.

The monarch is the only British citizen who can travel without a passport! Buckingham Palace is the official London home of the British King or Queen, but Windsor Castle is the largest occupied royal home in the world. It was built by William the Conqueror around the year 1080.

You will find the Crown Jewels under armed guard in the Jewel House in the Tower of London. They are still worn by the Queen today for important ceremonies. Some of the most famous residents of the Tower of London today are the ravens! According to a Royal law put in place by King Charles II, there must always be six ravens in residence at any one time! According to an old legend, if the birds should leave, the British monarchy and the White Tower would crumble and fall. To be on the safe side, the Tower usually keeps eight birds at all times!

As well as being one of the largest financial centres in the world, London is a huge tourist destination. Other world-famous English sites include Stonehenge and Stratford-upon-Avon (the birthplace of William Shakespeare).

Now a country with many universities, until 1832 England only had two: Oxford and Cambridge.

England is known for its variable weather and its rain! According to King George II, the English summer consists of "three fine days and a thunderstorm".

Traditional English food includes Sunday roasts (beef, lamb, pork or chicken), fish and chips, a full-English breakfast (sausages, bacon, eggs, mushrooms, tomatoes, tea and toast), Yorkshire pudding and pies! Different parts of England have their own traditional cakes and biscuits but Victoria sponge is enjoyed everywhere! It is named after Queen Victoria. A cream tea is a pot of tea and some scones, served with cream and jam. Devon and Cornwall are particularly famous for their cream teas.

Many people in England are Christian, but other religions such as Islam, Sikhism and Judaism are also practised.

Festivals and traditional celebrations in England include Bonfire Night, celebrated on 5 November (when, in 1605, Guy Fawkes and other conspirators tried to blow up the Houses of Parliament). On Bonfire Night people set off fireworks and fire effigies of Guy. May Day is a national holiday, celebrated on the first Monday of May. Traditional dances like maypole dancing are still performed.

England is a big sporting nation and many sports originated here such as football, cricket, rugby, tennis and darts. The England men's football team won the World Cup in 1966 and the whole country is still waiting for this to happen again! London has been host to the Summer Olympic Games three times, in 1908, 1948 and 2012. South-west London also hosts one of the world's most famous tennis tournaments, Wimbledon, every year.

The London Eye, which overlooks the River Thames and attracts hordes of visitors, is the tallest observation wheel in Europe. Its hub weighs 330 tons, more than 20 times the weight of Big Ben.

Music is a very important part of England's popular culture, having produced some of the most important bands and artists of all time including The Beatles, The Rolling Stones, Queen, David Bowie and more recently artists like Adele and Ed Sheeran.

Try some England-themed crafts and activities for kids

Morris dance is a form of English folk dance; why not have a go at Morris dancing yourself?

How many of these traditional English foods (from Melton Mowbray pork pies to Bakewell tarts, Lancashire hotpot, Eccles cake, Cornish pasties and Wensleydale cheese) have you tasted?

Make your own paper models of famous London landmarks: Tower Bridge, Big Ben and the Tower of London 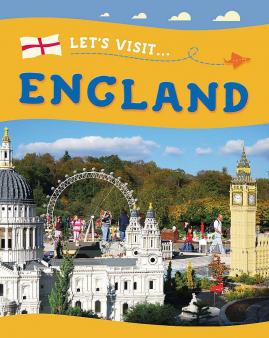 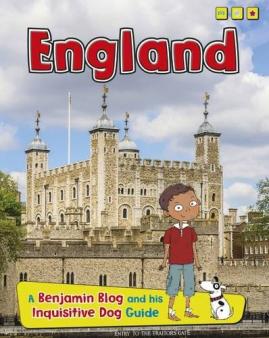 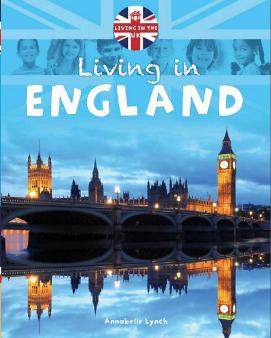 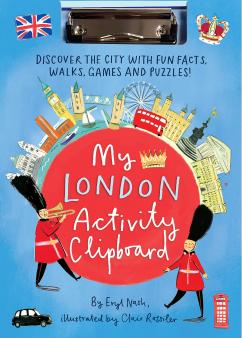 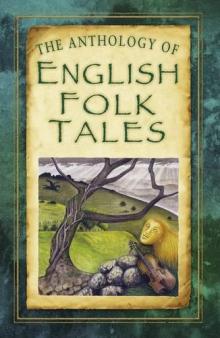 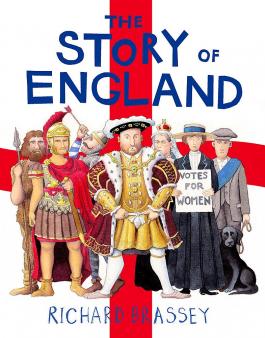 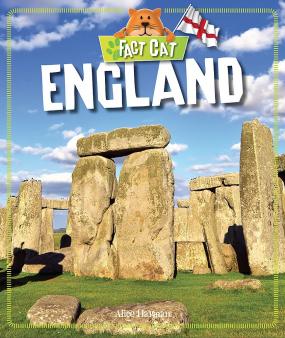 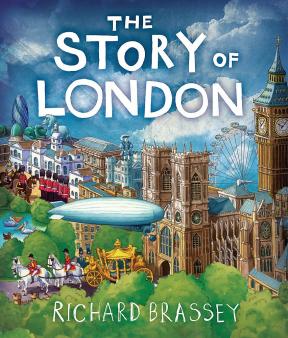 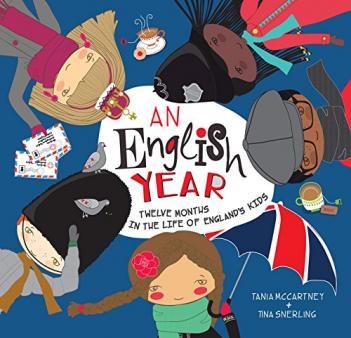 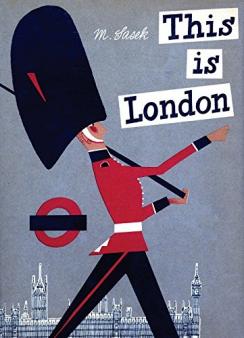 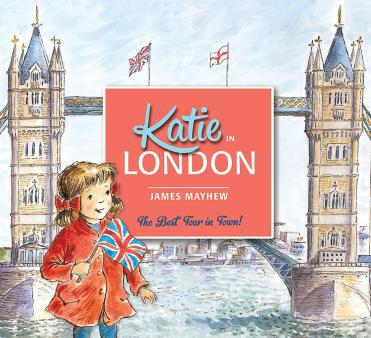 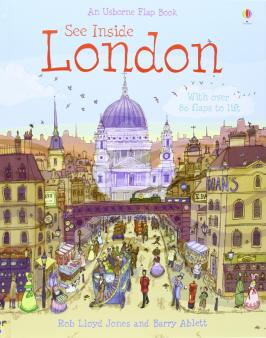 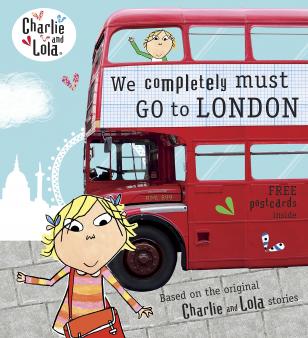 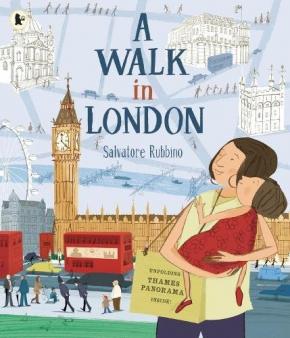 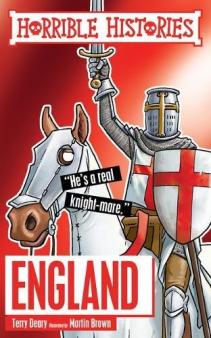 Watch an animation that explains the UK Parliament to KS2 children

The Lonely Planet guide to England

Find out more about places, cities, and holiday destinations to visit in England

The top 10 English tourist destinations include the Tower of London, Kew Gardens, Windermere and Stonehenge

Take a virtual tour of the capital with the Visit London Virtual Tour, or get a high-rise view of London's skyscrapers

Find out more about London's history at the Museum of London

Antony Gormley’s Angel of the North is the UK’s most famous piece of public art. Since 1998 it has been welcoming visitors to NewcastleGateshead and the north of England.