Judaism is the religion of the Jewish people. It is the oldest of the world’s four biggest monotheistic religions (a religion based on the belief that there is only one God), dating back over 4000 years.

Judaism may have began in the Middle East but today Jewish people live in countries all around the world (almost half of the world's Jews live in the USA and a quarter live in Israel).

The Jewish holy text is the Torah, which is written in ancient Hebrew.

Being Jewish is not just about religion, it is about culture too. People can in fact be Jewish even if they don’t follow any religious beliefs.

In Israel, some Jewish people live in communal farm villages (called a kibbutz). The people who live in the kibbutz take turns doing the work in the farm, the kitchen or the laundry. The children live together, play together and go to school together.

Shabbat is the Jewish day of rest. It begins just before sunset on a Friday night and lasts until after dark on Saturday. Shabbat is very important to Jewish people: they dress in their best clothes, serve the best food, set the table beautifully and light candles. Often guests are invited to share food, stories and prayers. Special loaves of bread called challot are served during Shabbat. In the past Jewish people have been very poor so their traditional recipes were ways of making a little bit of meat and fish go a long way.

Many Jewish families follow a kosher diet. This means that milk and all other dairy products may not be cooked or eaten with meat. All meat must be kosher; kosher animals have to have a cloven hoof and chew the cud (so cows and sheep). There should be no pork, no shell fish and no birds of prey.

The Torah is written in Hebew on scrolls of parchment. Out of respect the scrolls are never touched when they are being read from; instead readers use a special pointer called a yad.

In Jewish homes you might find a mezuzah on the doorpost. It is a little case containing a tiny scroll with writing from the bible. It is called the Shema and is written in Hebrew. It reminds Jewish people to love God and live by his rules. When they come through the door, Jewish people kiss the mezuzah.

The six-pointed star, or ‘Star of David’, has been used as a Jewish symbol since the Middle Ages.

Weddings are very important ceremonies to Jewish people. Couples are married under the chuppah, a cloth wedding canopy which symbolises their new home.

Jerusalem is a very holy place for Jewish people because it is where the Temple once stood before it was destroyed by the Romans in 70 AD. There is one wall remaining, called the Western Wall, where Jews go to pray.

Today there are several different branches of Judaism. Jews who still follow all the religion’s traditional laws and customs are called Orthodox; Jews who do not follow all the traditions are called Non-Orthodox or Progressive Jews. Progressive Jews (which includes Reform, Liberal and Conservative Jews) are happy to adapt certain laws of their religion to fit in with modern life.

Jews believe that God made an agreement with the Jewish people (a brit) that they should belong to each other. By reading the Torah (the most important Jewish holy text, made up of the first five books of the Bible: Genesis, Exodus, Leviticus, Numbers and Deuteronomy) and living by its laws, they honour their promise to God. The Torah contains rules as to how Jews should live a moral life and conduct themselves in every way.

Jesus was born into the Jewish religion, but he began preaching his own ideas and his followers went on to form a new religion – Christianity – after he died.

Praying is very important to Jewish people. There is a prayer for every occasion, from eating and drinking and putting on new clothes to going on a long journey. For strict Jews, some prayers such as the morning and evening ones need to be said at specific times.

There are four important stages in Jewish life – birth, becoming an adult, marriage and death – and all are marked by a religious ceremony. Each stage is seen as a time to say thank you to God. When Jewish boys (aged 13) and girls (aged 12) become Jewish adults, a special ceremony is held, called bar mitzvah is for boys and bat mitzvah is for girls.

Family life is very important in Judaism. Shabbat (the Jewish day of rest), family meals and festivals are very important, as is helping others. Many Jewish homes have at least one charity box. Adults in the family will put money in the box regularly to help others in need.

The Jewish people mark Shabbat with the saying of a blessing and the lighting of two candles: one for joy, the other for holiness. Orthodox Jews never travel on Shabbat so they must make sure they live within walking distance of a synagogue. It is meant to be a day of complete rest so strict Jews are also not allowed to write, watch TV, turn on electrical equipment or cook! Shabbat is officially over when three stars can be seen in the sky and just as its arrival is celebrated so is its ending. Havdalah marks the difference between the holiness of Shabbat and the ordinariness of the weekday. Prayers and blessings are said over wine, spices and a plaited candle.

Ceremonies and festivals are important in the Jewish religion. Jewish children take part in rituals and ceremonies from a very young age; from about the age of three, Jews are taught to say short prayers known as berachot (blessings) suitable for every occasion. Special foods are prepared and eaten by Jewish people to celebrate different festivals and occasions.

Each year, Jews the world over hold ceremonies to remember the six million Jews who were killed by the Nazis during the Second World War. Many Jewish families and towns where Jewish people lived were destroyed. Anne Frank, one of the Jewish people murdered by the Nazis, remains very well known today and her diary of her experience has been read by thousands of people.

Find out more about the Hannukah dreidel game, then make your own paper dreidel and have a go yourself!

Make your own hamsa, known in Jewish tradition as yad ha'chamesh or the hand of Miriam 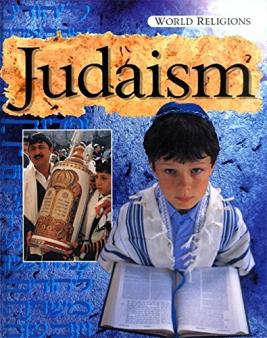 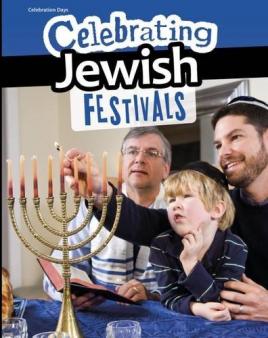 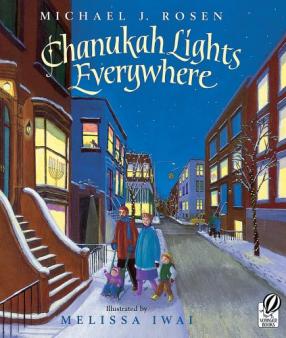 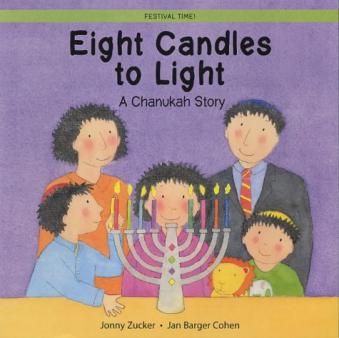 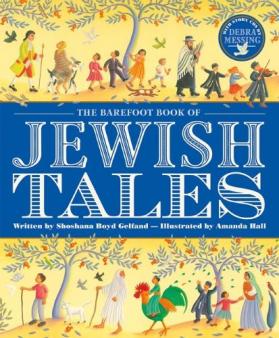 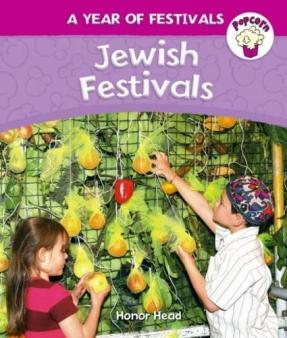 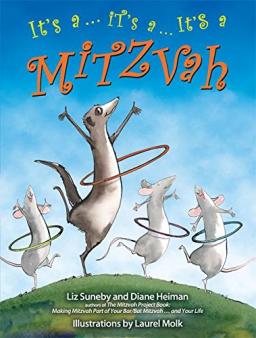 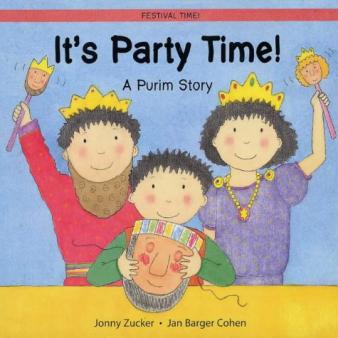 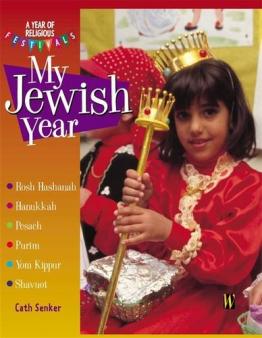 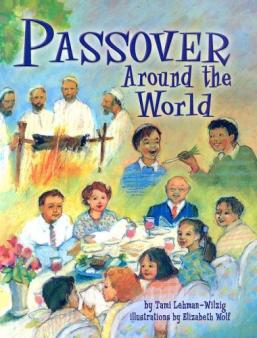 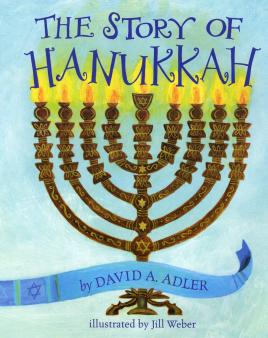 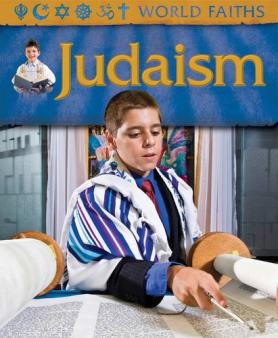 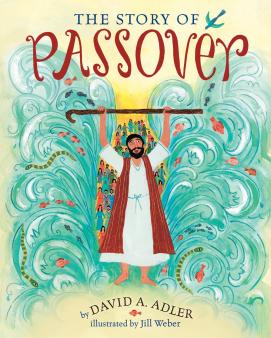 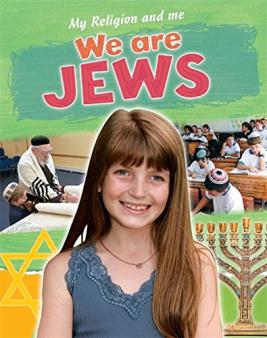 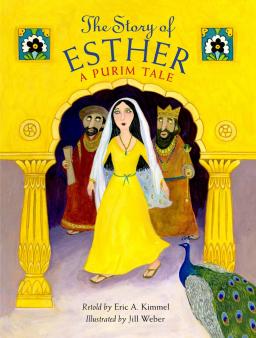 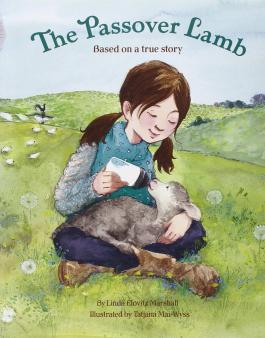 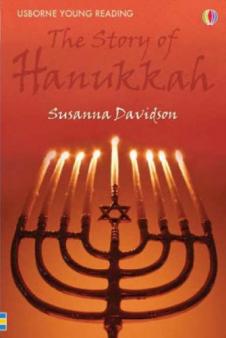 See the story of Passover in an animated cartoon

Find out more about the Aleph Bet, the Hebrew alphabet, which has 22 letters (all consonants). Hebrew is written from right to left

An animation tells the story of Purim, the King Ahasuerus and Queen Esther

Kosher food is explained in a BBC video

How much do you know about Hannukah? Take a Cbeebies quiz

Watch a video about the Jewish holy text, the Torah

Bar Mitzvah and Bat Mitzvah - the name of the ceremonies used to mark Jewish adulthood for boy and girls.

Berachot - short prayers or blessings to mark every occasion.

Chuppah - a wedding canopy which symbolises the couple’s new home.

Havdalah - the ceremony that marks the end of Shabbat.

Hebrew - the language of Jewish writings and prayers. Modern Hebrew is the official language of Israel.

Kibbutz - a communal settlement in Israel, typically a farm.

Kosher - food that has been prepared according to Jewish rules.

Menorah - found in synagogues, this candelabrum with seven candle holders is one of the oldest symbols of Judaism.

Mezuzah - a little case containing a tiny scroll with writing from the Torah.

Monotheistic religion - a religion with only one God.

Rabbi - a Jewish teacher and preacher.

Shabbat - the Jewish day of rest.

Synagogue - a building where Jews go to worship.

Torah - the most holy Jewish book.

Visit Bevis Marks Synagogue in London, built in 1701 and the oldest synagogue building in the United Kingdom in continuous use