Confucius is a very famous man in Chinese history. He lived in China a long time ago and became very well known as a great philosopher or thinker.

Confucianism is the name given to the set of beliefs taught by Confucius. He taught people how they should behave towards each other which is why Confucianism is considered a way of life for many rather than a religion.

1. Confucius was a Chinese philosopher. His real name was K'ung Fu-tzu; Confucius is the Westernized version.

2. Confucius believed that society could become perfect if the people who lived in it worked very hard to behave properly towards each other.

3. Confucius gave up his job in the government so he could concentrate on teaching people how to live in peace.

4. Confucius's teachings were meant to be advice for the rulers of China.

7. Confucius believed that family was more important than each individual person.

8. After Confucius died, people built temples in his memory.

9. Rituals are very important in Confucianism.

10. Confucius became famous for his wise sayings and writings.

As well as being a teacher, Confucius also worked as a shepherd, a cowherd, a clerk and a book-keeper.

Even as a young child, Confucius loved to learn and at the age of 22, he set up a school for young people. No one was ever turned away from his school and his pupils paid what they could to attend.

Confucius taught people how to behave in their private life as well as the rules of good government based on love, justice, respect, wisdom and sincerity.

Confucius strongly believed that a ruler could not bring prosperity to his people by making laws alone, he had to set a good example too.

For many people, Confucianism is a way of life rather than a religion.

Family values are a very important part of Confucianism. Children are taught to respect their parents and to do as they are told.

There are five texts which contain Confucian scriptures. These include poems, history, rituals, and sayings.

After Confucius died, shrines were built in his honour and Confucianism became the state religion of China.

Every year the Confucian ceremony is celebrated all over China. It is always held on 28 September, Confucius’s birthday.

Confucius is famous for many of his sayings but is especially well remembered for his Golden Rule, "What you do not wish for yourself, do not do to others.” Something we should all remember!

Confucianism is the system of beliefs taught by Confucius. Confucius was born in the state of Lu in northeast China in the 6th century BC.

Confucianism has no church organisation, priests or holy beliefs.

Confucius taught people how they should behave towards each other which is why Confucianism is considered a way of life for many rather than a religion. Confucius believed people should try to be good citizens; he is not worshipped as a god but as a great teacher.

Confucius believed that society could become perfect if the people who lived in it worked very hard to show "beautiful conduct”. Confucius placed a strong importance on li, which means proper or orderly conduct – in other words behaving properly! This was the message Confucius wanted to deliver through his teaching.

Confucius wanted people to behave well so he taught five basic ideas for people to follow:

Confucius also taught the principle of jen (Confucius himself translated it as ‘love mankind’). Jen stresses the importance of showing courtesy and loyalty to other people and rejects violence.

Chinese people believe that the music of bells calms the mind; it was apparently on hearing some bell music that Confucius decided to give up his home comforts and live on rice and water for three months.

Confucius placed a great deal of importance on family and respecting your elders, which is why there is such respect shown for parents in traditional Chinese culture.

By 124BC a university had been set up to teach Confucianism. Although Confucius left very few writings, his followers gathered his now famous sayings into a number of books (The Analects of Confucius, The Book of Mencius, The Great Learning and The Doctrine of the Mean).

Over time aspects of Buddhism and Taoism (another Chinese religious belief system) have influenced Confucianism. Many people in China practise a combination of these three religions.

Confucius left his mark on Chinese culture and on the world. Many of his sayings are still quoted today and each year on his birthday, September 28, the Confucian ceremony is celebrated all over China.

Rituals are very important in Confucianism, especially the worship of ancestors, as Confucius believed that the past plays a big part in shaping the future.

See the Chinese characters for each of the Five Virtues. Can you try to copy them? 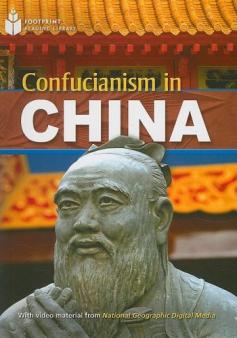 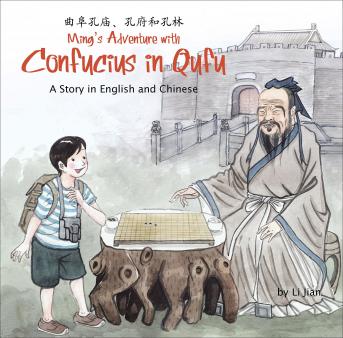 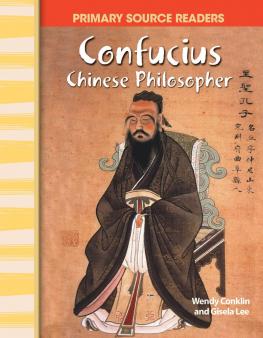 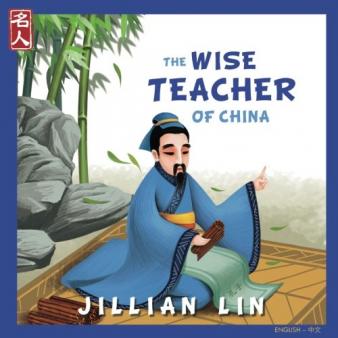 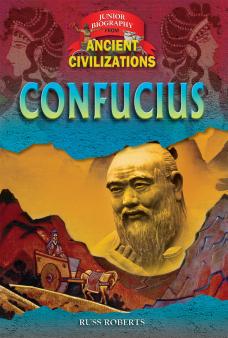 A kids' encyclopedia entry about Confucius

Analects - the collection of Confucius' sayings.

Chun Tzu - the Confucian ideal of a perfect human being.

Jen - the most important Confucian virtue which is all about showing love and respect for others.

Ti - the Chinese word for ancestor.

Wen - means the ‘arts of peace’, in other words culture and the arts, like music, painting, poetry, literature, and so on.

The temple, cemetery and family mansion of Confucius are at Qufu, in Shandong Province in China, and are now a World Heritage site