Hinduism is one of the oldest religions in the world. It began about 5000 years ago, linked to the people who lived near to the Indus River in about 2500 BC.

Hinduism has no single founder or prophet. The Hindu faith draws on a number of sacred texts and there is no standard set of beliefs, so it is a religion which is followed in different ways by different groups of people.

Hinduism has grown to be the world’s third largest religion, after Christianity and Islam.

Hindus believe in one supreme God who created everything and contains every characteristic in the universe. The supreme God is made up of many different gods who can take the form of humans or animals. Each has different powers and Hindus choose specific gods to worship in specific situations and areas of the world.

The building where Hindus worship is called a mandir. There are mandirs all over the world and they can be large buildings or small shrines in someone’s home.

Most mandirs have a statue of the god Ganesh, who has an elephant’s head and a man’s body. He is a good luck symbol for Hindus. When Hindus begin their prayers or start something new, they pray to Ganesh.

For Hindus, time does not run in a straight line but in circles. The universe is created, exists and then is destroyed, and the same cycle applies to all living things.

Om or Aum is a symbol and a sound that is associated with Hinduism.

Hinduism has several Holy Books. The oldest are called the Vedas and are written in Sanskrit. The word ‘Veda’ means knowledge.

Cows are sacred to Hindus, who don't eat beef. Cows are the holy animals of transport for Shiva, one of the Hindu gods, and are also respected because they produce enough milk for everyone, not just their own offspring.

Nature is also important to Hindus as they believe things around us are forms of God too. The River Ganges in India is said to be Holy and people go there to bathe and wash away their sins.

Although the Hindu religion is one of the oldest religions in the world, it is actually a mixture of different faiths. It combines the beliefs of the people who first settled in India with ideas of people who came to India in the last 3,000 years.

In Hinduism one supreme God called Brahman (“the Absolute”) can be found in everything and everywhere and shows himself in many different ways. Brahman shows himself through other lesser gods and it is often these that most ordinary Hindus worship.

The three most important Hindu gods are Brahma (the Creator), Shiva (the Destroyer) and Vishnu (the Protector); together they make up a trinity (Trimurti).

Other Hindu deities (gods) include:

Vishnu is the God who preserves life and stands to fight against evil, Shiva stands for the forces of Nature.

As well as the Vedas, collections of Hindu hymns and prayers, there are lots of stories about Hindu gods. A popular one is a long poem called the Ramayana, the story of Lord Rama, an Indian prince, and his wife Sita. Another sacred text is the Mahabharata, an epic poem which has over 100,00 verses! Today most Hindus read these texts in translation, but they were first written in an ancient language called Sanskrit.

Hindu temples, mandirs, can look very different but they are usually square or rectangular and contain halls built one inside the other. The outer rooms might be very beautifully decorated, but the inner room is plain and lit by oil lamps. Some mandirs even have a school inside where children can learn all about the Hindu faith, hear Hindu stories and talk about Hindu festivals.

Hindus bow when they pray in the mandir. You may have seen pictures of them praying with their foreheads touching the ground – this is to show how much they love and respect God. When Hindus visit a mandir, they always leave their shoes outside.

In each mandir there are murtis, statues and pictures which show Hindus different ways to think about God. Hindus show their love for God by bringing a gift to offer to their favourite picture or statue; it might be food (known as prasad), incense or water. Religious songs and music are an important part of Hindu worship, as is dancing. Hindus often dance as another way of worshipping God, telling a story with their hands and body. They also come together to sing in a special way; this is called a chant.

Hindus believe that people can be born again after death; this is known as reincarnation. In each life the person is rewarded or punished for what they have done in the previous life (karma). Hindus believe if they lead a perfect life, they will be freed from birth and death to join God. A Hindu’s ultimate goal is to be become one with Brahman (moksha).

Hindus enjoy many festivals as part of their religion.

Diwali, or the Festival of Lights, is held in the Hindu month of Ashwin in September or October and marks the Hindu new year. At Diwali Hindus celebrate light driving away darkness. People prepare for Diwali by cleaning their house before they decorate it. In every house and temple, oil lamps are lit as well as floated down rivers to welcome the goddess of wealth, Lakshmi. Fireworks are also let off to ward off any evil spirits.

Traditional Hindu clothes include a robe (dhoti) and shawl (chaddar) for men. Hindu women wear a piece of clothing called a sari. It is a long straight piece of cloth – one end of the sari is placed around the waist, it is pleated at the front and tucked in and the other end is brought over the shoulder.

Hindus celebrate different stages in their life with ceremonies (samskaras), and the most important are marriage (vivaha) and cremation (antyeshti).

Hindu wedding celebrations last for many days. The bride and groom wear the traditional celebration colours of red and gold.

After death, Hindus are cremated (their bodies are burned in a holy ritual on a funeral pyre). On the third day after the cremation the person's family collects the ashes from the funeral ground and scatters them in a nearby river.

Do some Diwali colouring or try some Diwali crafts, including some beautiful origami lotus flowers, Diwali cards and glitter-decorated tealights

At Diwali Hindus draw rangoli patterns (colourful designs, usually created on the floor near the entrance to a house) to encourage the goddess of wealth, Lakshmi, to enter their homes. Colour in your own rangoli patterns

Read the Rama and Sita story on a digital book 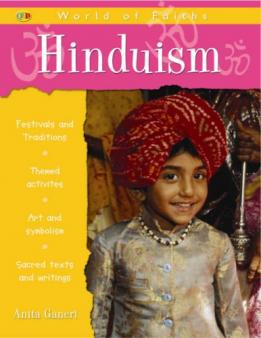 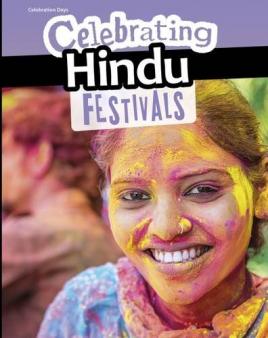 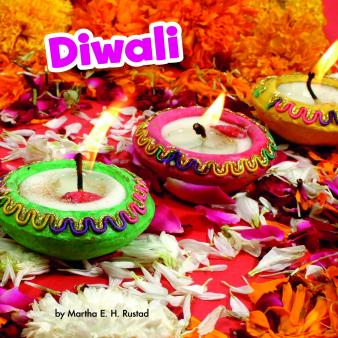 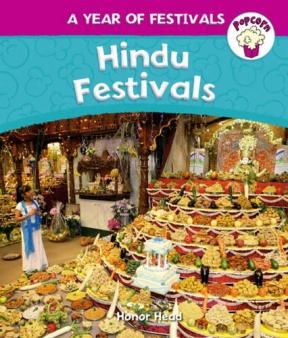 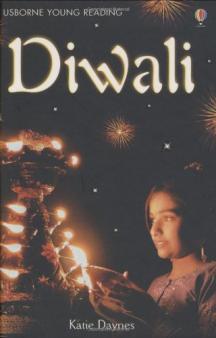 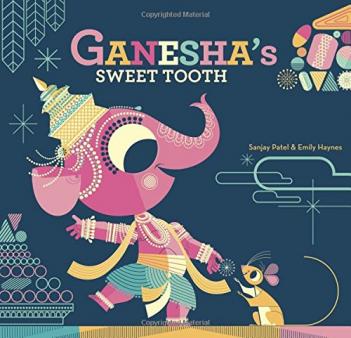 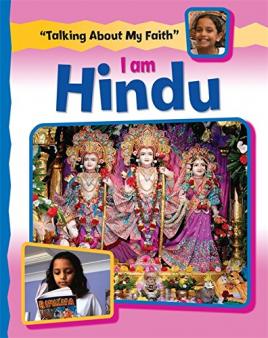 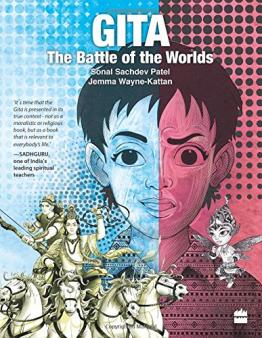 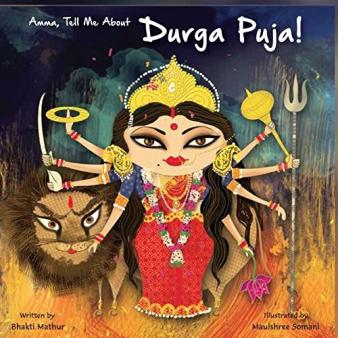 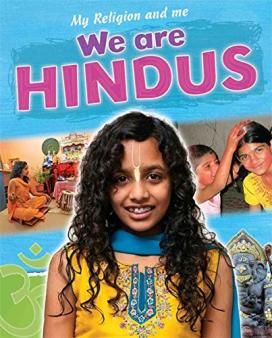 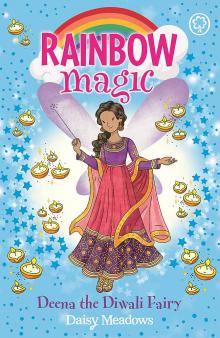 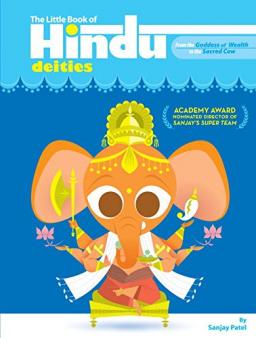 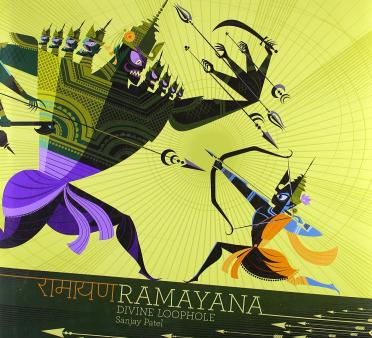 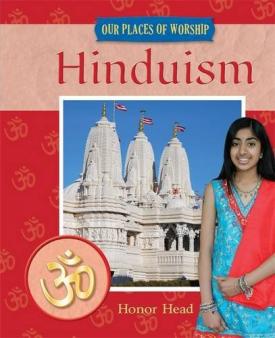 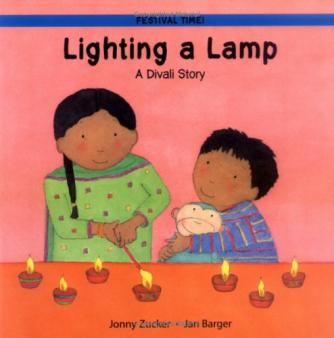 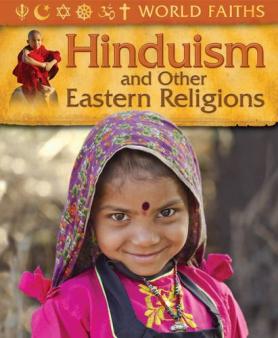 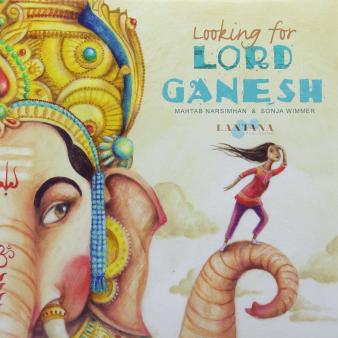 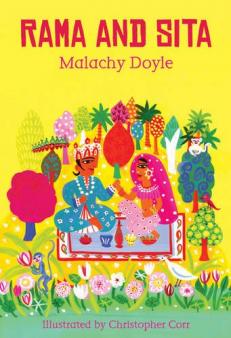 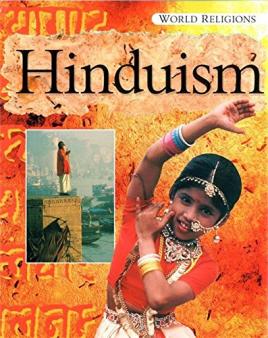 See a chart of Hindu gods and goddesses

Diwali celebrations around the world, in photographs

In a video about Hinduism for KS1 children, Charlie and her soft toy Blue visit a mandir to hear all about Hindu worship

See what some of the Hindu prayers mean

The river Ganges in India is sacred to Hindus

See a picture of a Sanskrit religious text

The Bhaktivedanta Festival is the largest Hindu festival outside of India

Watch a video to understand more about Hindu worship, puja, and the use of Aum in prayer

Listen to the traditional Hindu tale of Lakshmi and the Clever Washerwoman on BBC Schools Radio, then complete the colouring and sequencing activities

Arti - the daily worship ceremony at the mandir starts with the blowing of a conch shell and uses a ghee lamp.

Brahman - the supreme God to Hindus, “the Absolute”.

Diwali - the Festival of light, held in autumn, which marks the Hindu New Year.

Ganesh - God seen as a man with an elephant’s head.

Moksha - a Hindu’s ultimate goal, to become one with God.

Prashad - food that has been offered to God and shared with everyone visiting the mandir, usually sweets, nuts or fruit.

Puja - the Hindu act of worship.

Sari - a long straight piece of cloth worn by some Hindu women.

Vedas - the earliest sacred books of the Hindus, a collection of hymns and poems.

Vishnu - God seen as a man who helps when things go wrong.