Buddhism began in India about 2,500 years ago. It is the fourth-largest religion in the world.

A Buddhist is someone who follows the teachings of a man called Siddhartha Gautama (or Siddattha Gotama), who became known as the Buddha. The religion began when Siddhartha, who’d lived a life of luxury as an Indian Prince, realised there was suffering in the world and wanted to understand why. He dedicated his life to finding the answer and teaching others what he discovered.

Today there are about 500 million Buddhists all over the world.

Some Buddhists choose to become monks and nuns and make religion the most important thing in their lives; they are known as the Sangha. Their job is to teach and guide other Buddhists using the Buddha’s teachings. Buddhist monks and nuns rely on the kindness of others for their food, shelter and clothes. You might have seen pictures of Buddhist monks wearing robes the colour of saffron (a kind of orange-yellow). They go barefoot and shave their heads. Some monks in Thailand live alone in the forest for three months of the year, praying and meditating.

In Buddhist countries, there are many temples where people can make offerings of flowers and incense for Buddha and give food for the monks.

Temples exist in all Buddhist countries but Buddhists do not need to go there to worship and meditate. Buddhists worship in a temple or at home. Some Buddhists have a shrine in their own home with a small statue of Buddha.

When Buddhists enter a temple they put their hands together and bow to the image of the Buddha.

A wheel with eight spokes (dhamma) is often used as a symbol of Buddhism and the teachings of the Buddha.

Puja is the name of Buddhist worship. People show their love of Buddha by meditating, lighting candles and making offerings of flowers and incense.

Siddhartha taught people to focus their mind on good thoughts and develop strength by refusing to do wrong. Once people were able to do this, they could achieve Enlightenment, an understanding of why suffering happens and how it can be stopped.

The faces of Buddha statues are usually made to look calm and serene. They often show the Buddha meditating, sitting with his legs crossed and his hands in his lap.

There are two main types (or schools) of Buddhism: Theravada and Mahayana. All Buddhists follow the teachings of the Buddha, but different groups interpret the teachings in different ways. Theravada Buddhists do not pray to the Buddha, but believe that each person must gain Enlightenment for themselves. Mahayana Buddhists believe in Bodhisattvas, people who have gained Enlightenment. They pray to the Bodhisattvas for help in their daily lives and want to become more like them.

Wesak is a very important Buddhist festival. Statues are decorated, offerings are taken to the monasteries and there may even be fireworks.

Siddhartha Gautama, who became known as the Buddha, was born in an area of northern India (modern-day Nepal). He lived as a prince and his father the king tried to protect his son from the sadness and suffering of life. As a young man, Siddhartha left the palace for the first time and was upset by what he saw: old age, sickness and death. It changed his whole life. Although he had a wife and baby son, he decided to give up his comfortable life to see if he could find an answer to people’s fear and suffering. His local priests could not help him; he even went without food and warmth in his quest to find the truth about life. At the age of 35, Siddhartha sat under a tree (the bodhi tree) by a full moon, meditating. As dawn broke he saw the meaning of all things and was Enlightened. From this moment he was known as the Buddha.

The Buddha's teachings are known as dharma. They include Buddhism's Four Noble Truths and the Eightfold Path (or Middle Way).

Siddhartha developed a way of life called the Eightfold Path, which meant his basic needs were catered for (food, clothing and shelter) but he did not look for any extra comforts. Buddhists still try to live according to the Eightfold Path:

Siddhartha died at the age of 80. He left his teachings, the dharma, and his followers to teach others what he had taught them.

The Three Jewels of Buddism are a belief in the Buddha, the dharma and the monks and nuns who have dedicated their lives to religion (sangha).

Buddhism's main sacred text is the Tipitaka (it means three baskets and was first written on palm leaves collected in baskets). The Tipitaka contains Buddhist sayings and rules for Buddhist monks.

The Buddha was asked by a king what a monk needs to be happy. He said there were only four basic needs: food, a set of three robes, shelter for one night and medicine for illness. Today, Buddhist monks and nuns live very simply in monasteries and only own eight items: their robes, a bowl, a belt, a needle and thread, a walking stick, a toothpick, a water filter and a razor. Living as monks they promise, among other things, not to eat after midday, not to sleep in a soft bed and not to handle money. In some Buddhist countries it is common for boys to spend a few months or years living as monks when they are growing up. 'Novice' monks can be as young as eight years old.

Buddhists don't have fixed times of day or days of the week that are dedicated to worship.

Buddhist worship includes meditation and searching within the self to understand the Buddha's teachings. Some Buddhists chant mantras, or sacred words, as part of their meditation. In some countries Buddhists write mantras and prayers on coloured prayer flags; they believe that the wind blows the flags and spreads their messages throughout the world. Mantras are also written out on prayer wheels in temples and people spin the wheels to release the prayers.

Wesak is the most important Buddhist festival. It is celebrated on the night of the full moon in April or May, when Buddhists remember the Buddha's birthday and his Enlightenment and is also known as Buddha Day. People decorate their homes with flowers or streamers, meditate, make offerings at the vihara and may exchange cards (decorated with pictures of lotus blossoms of the Buddhist dhamma wheel with eight spokes) or small gifts. Some people wash statues of the Buddha when they celebrate Wesak, pouring scented water over it (this is called "bathing the Buddha"). They also try to be kind, generous and compassionate. Wesak is celebrated differently in different countries. In Sri Lanka people decorate their homes with lanterns or candles, in Thailand there is a candlelit procession and in Nepal monks wear colourful costumes.

Colour in a dharma wheel, a bodhi leaf, a lotus flower and a Buddhist flag

Can you think of practical ways in which Buddhist teachings could be followed in a person's life?

Celebrate Wesak by making some mandala crafts or celebration lanterns

Make your own origami crane (you'll need to download the instructions in two parts, Part 1 and Part 2) as a Wesak gift

Download a booklet of Wesak gift ideas and templates 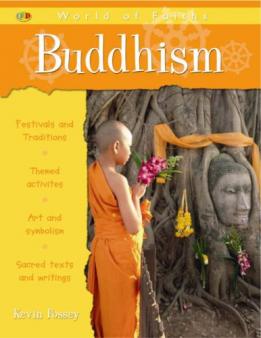 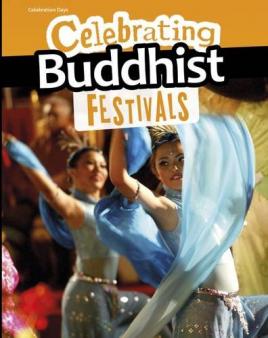 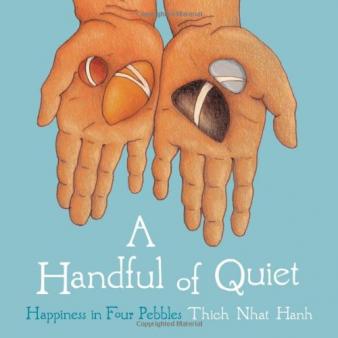 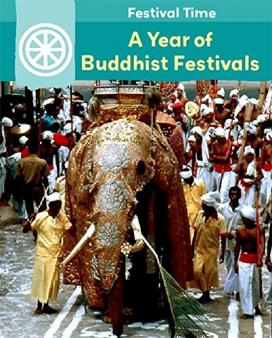 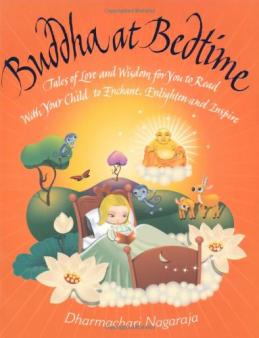 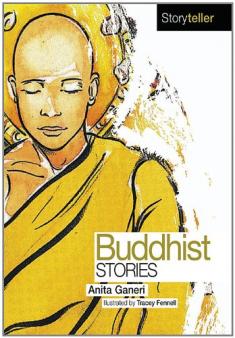 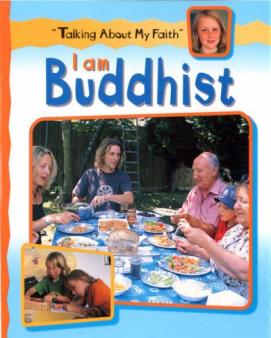 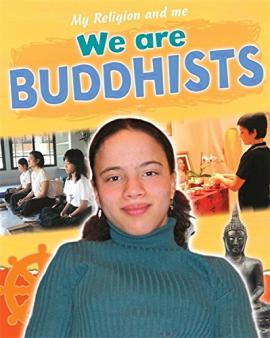 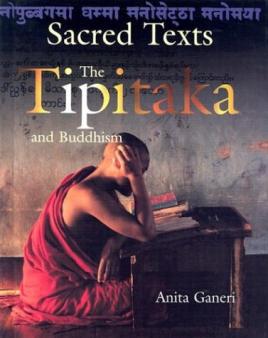 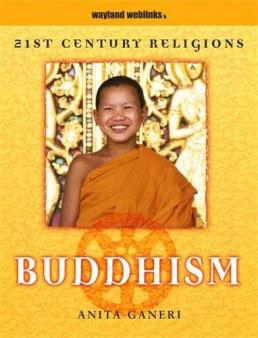 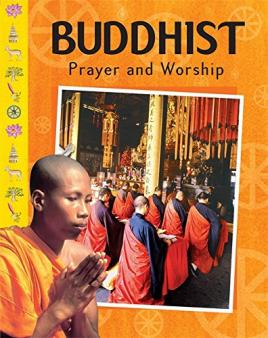 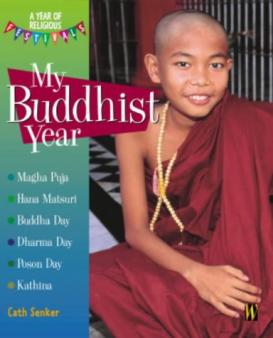 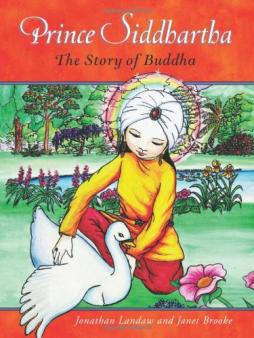 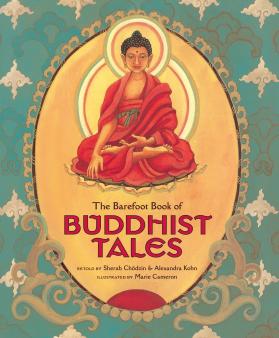 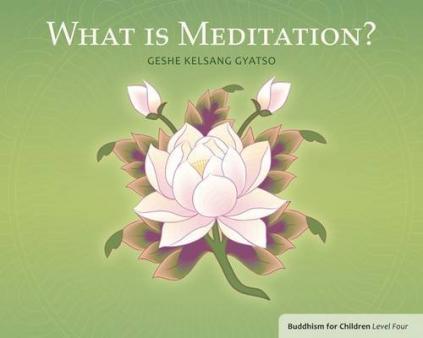 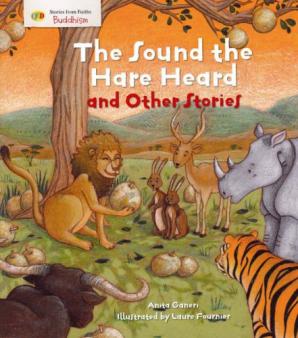 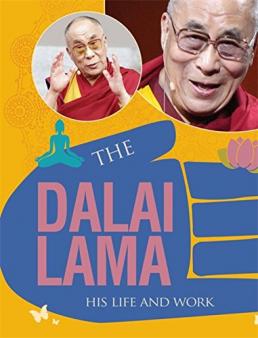 Find out more about Buddhism

A general guide to all aspects of Buddhism

In a video about Buddhism for KS1 children, Charlie and her soft toy Blue visit a Buddhist Centre to find out about enlightenment and how Buddhists try to live peacefully

What the Buddha taught, explained for children

Watch an animated story for KS1 children on the BBC Teach website: The Story of Siddhartha and the Swan and The Monkey King

Find out more about Wesak (or Vesak), Buddha Day

See BBC Bitesize videos about Prince Siddhartha, the founder of Buddhism, how Buddhists pray and the life of Buddhist monks

Read a guide to Buddhist meditation, with video clips and details of the health benefits of meditation

Try meditation at home with some tips from the Buddhist tradition

Buddha - the name given to Siddhartha Gautama whose teachings Buddhists follow; the name Buddha means ‘enlightened one’

Dhamma - the teachings of the Buddha; the dhamma wheel has eight spokes, which stand for each of the steps on the Noble Eightfold Path

Dukkha - the name Buddha gave to the suffering in life

Pagoda - a type of Buddhist temple which looks like a tower

Puja - Buddhist worship or practice and the offering of flowers, lights and incense

Sangha - the name given to any community of Buddhist monks, nuns and ordinary people

Stupa - a Buddhist shrine built in a traditional way

Vihara - a Buddhist temple or monastery

Wesak - a Buddhist festival which celebrates the birth of Buddha

The Buddhist temple in Manjushri Kadampa Meditation Centre in Morecombe Bay is open for visits, or you can tour the temple online